As early as the 1930s, Hollywood made women in prison films as melodramas with minimal action and means to portray the pathway to a righteous life with titles such as “Ladies They Talk About” and “Hold Your Man”.

By the 1950s, with the influence of pulp novels, many features like “Caged”, “So Young, So Bad” and “Women’s Prison”, would take place completely behind bars and fences of women’s correctional institutions. In the late 1960s, with domestic and international film markets free to incorporate and exploit material such as violence and nudity gave birth to a new genre in addition to creating subgenres.

The following list contains sexploitation features from the “glory days” of Women In Prison (aka WIP) films, circa 1969 until 1989. By the 1990s and beyond, with the insurgence of the Politically Correct Police and the need for Trigger Warnings, many exploitation films are reduced to being watered down in comparison to their predecessors.

Nicki is plagued by the death of her father while riding a merry-go-round when she was nine. Seven years later, she is still traumatized and feels a sense of guilt. Her mother is emotionally withdrawn and has taken in various male lovers, most recent is a gold-digging con-man. He attempts to rape the young girl, who retaliates by stabbing him.

Being a minor, she is sent to reformatory for emotionally disturbed and problematic young girls. To avoid being bullied, Nicki develops a friendship with a lesbian inmate, Sarah. They share a lot in common and an intimacy forms, then they devise a plan to escape.

Directed by Robert Hartford-Davis and script by John Peacock, “The Smashing Bird I Used to Know” is a British film released in 1969. It merges psychological drama, sexploitation and delivers social commentary that is a reflection of its time. It wasn’t released in the US until 1973, under the title “School for Unclaimed Girls”, which made it more marketable and less dated in its terminology. 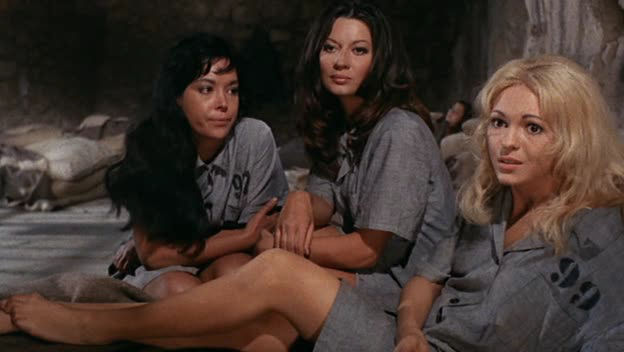 Marie is a new inmate, identified as “99”, at an island prison for women. The convicts are ruled by the lesbian warden Thelma and the Governor Santos, who torture and rape the inmates into submission. The Minister of Justice replaces the warden with another woman, prisoner 99 aka Marie is hopeful that her case will be appealed.

Unfortunately, the conditions don’t improve, so she and two others make a break for it. However, their escape doesn’t go well and they are being pursued by not just by the guards, but also by male prisoners who have be deprived of women. 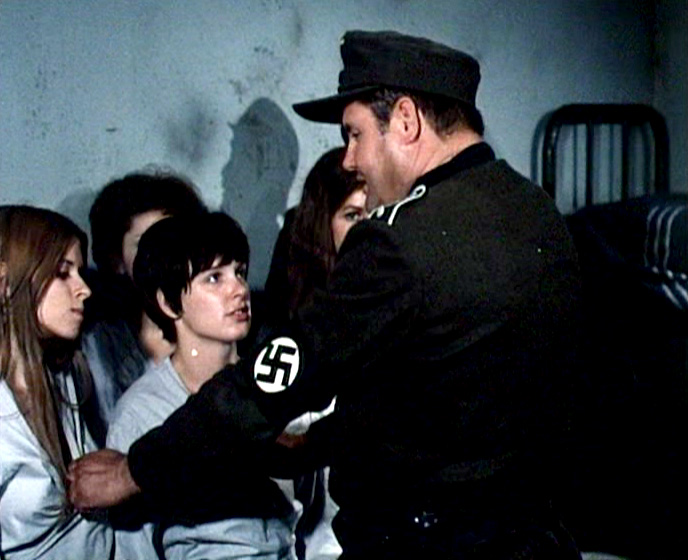 Two American female lieutenants, Linda and Grace, volunteer themselves to infiltrate a Nazi camp to acquire military secrets and possibly rescue an inmate. The camp’s female prisoners serve as prostitutes and are subjected to sexual torture and humiliation. The two undercover agents discover that their target is in solitary confinement, so Linda devises a way to be punished in same quarters and attempt escape.

Directed by Lee Frost, “Love Camp 7”, although an American film, its first run was in Japan. Also, in addition to being a sexploitation film, it was originator in the “Nazisploitation” genre. Denied a video certification by the British Board of Film Classification and listed as one of the 72 Video Nasties. Originally banned in Australia, then edited for an R18+ rating. In 2005, it was released uncut on DVD. 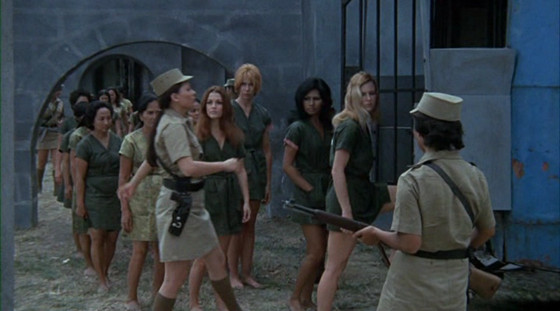 Carol (Jennifer Gan) is unaware that her boyfriend, Rudy (Charlie Davao), is runs a ship filled with prostitution, gambling and drug dealing. He feels the authorities are closing in and sets her up to take the fall. She is thrown into a prison and butts head with a cruel lesbian guard, Alabama (Pam Grier).

Meanwhile, a junky inmate Stokes (Roberta Collins) and other prisoners plot against Carol, with the hopes of obtaining more drugs or a sooner release. Eventually, Carol and a few other convict allies plot to escape, but have to be careful of the local poachers that are paid to hunt and kill escapees.

A reoccurring topic of interest by Roger Corman’s Productions, “Women in Cages” was directed by Gerardo de Leon. One of many sexploitation and women in prison films shot in the Philippines. The feature was revered as heavy source of influence for Quentin Tarantino. Many of the cast members would be retained for future Corman produced films of the same genre in the 1970s. 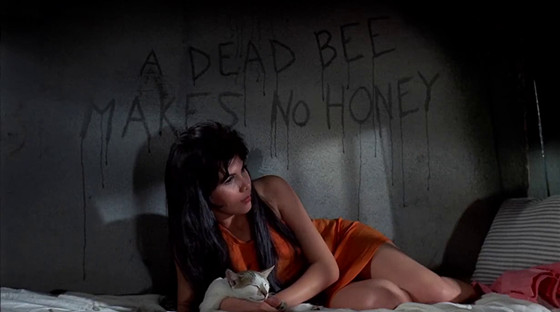 A) “The Big Doll House”: Imprisoned for the murder of her husband, Collier (Judy Brown) is surrounded by those guilty of political insurgency to drug abuse. As tensions mound, many are punished by a sadistic female guard. Several of the inmates, including Grear (Pam Grier), plot revenge and a big escape.

B) “The Big Bird Cage”: Blossom (Grier) and her lover Django (Sid Haig) are guerrilla revolutionaries who’s predominantly male group is need of female companionship. They devise a plan for Blossom to infiltrate a dodgy women’s prison and liberate the inmates whilst taking down a corrupt system.

Both films directed by Jack Hill and were also released under Roger Corman’s production company. While “The Big Doll House” is more of an action-packed drama, “The Big Bird Cage” is considered a satire. Both were filmed simultaneously in the Philippines, but are connected only by the similarities of titles, production values and various cast members. 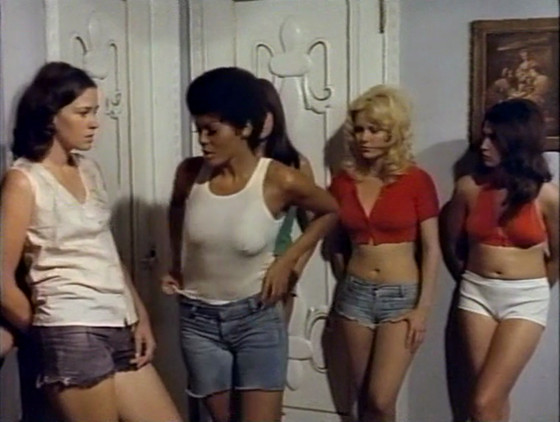 Sugar (Phyllis Davis) is a prostitute who is framed by a corrupt politician for drug charges. She agrees to work in a sugar-cane plantation for two years, verses serving jail time. Sugar and a new inmate, Simone, encounter a brutal guard and the plantation’s owner, the deranged Dr. John.

After working in the field, Sugar is subjected to Dr. John’s medical experiments. As more prisoners arrive, more chaos ensues and a collapse is inevitable.

Directed Michel Levesque, from a screenplay by Don Spencer (“The Big Doll House”) based on story by R.Z. Samuel, “Sweet Sugar” is one of the lesser known Blaxploitation and Women in Prison films. Noted for an abundance of nudity, violence and over-the-top acting with a standard plotline for its genre. A cult following was built up around it at after the success of predecessors.