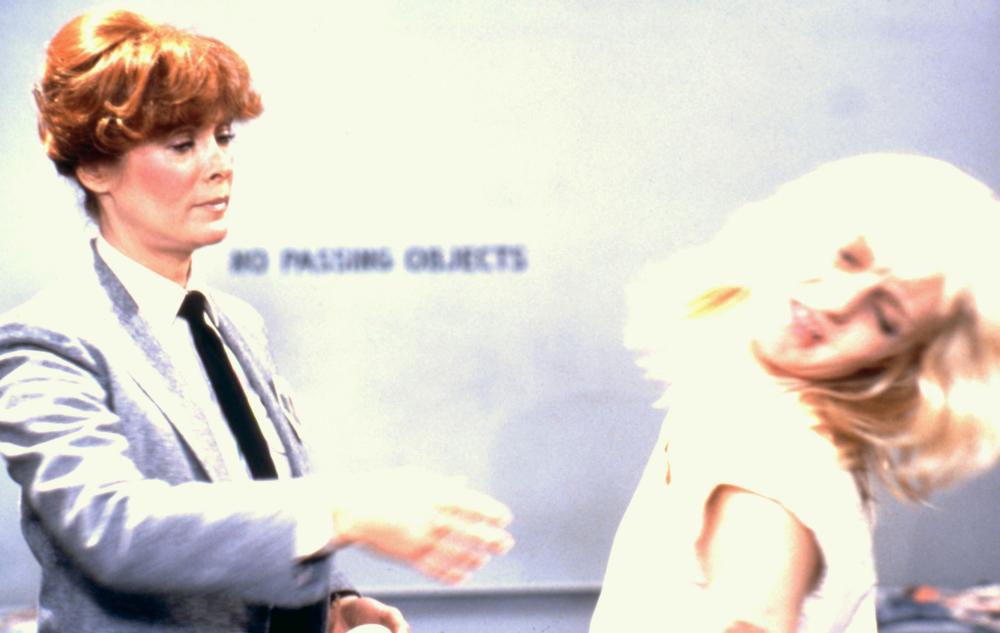 Unbeknownst to Elizabeth (Tracey E. Bregman), her sleazy boyfriend Danny stashes some cocaine. While at the airport, authorities arrest her, then later tried and sent to the Correctional Institution for Women in California. Tracy is quick to learn that in order to survive, she must toughen up.

She discovers that Warden Fletcher (Jill St. John) is cruel and is in cahoots with an inmate Cat (Barbara Luna) who are partners in drug and prostitution rings. Later she witnesses a murder perpetrated by Cat and considers talking to the Deputy Director (Nita Talbot).

Directed by Tom DeSimone, “The Concrete Jungle” is a well-acted melodrama for the genre. Less nudity and violence than to be expected, but not without stand-out performances by exploitation regulars like Camille Keaton, Robert Miano and Peter Brown. As of 2016, it has only been released on DVD in the UK, but heavily censored from the original theatrical and VHS versions.

A) “Violence in a Women’s Prison (Violenza in un Carcere Femminile) / Emanuelle Escapes from Hell: Emanuelle (Laura Gemser) is an undercover reporter for Amnesty International sent to prison on trumped up charges for exposing a government official. While behind bars, she witnesses the vile conditions of which the inmates are subjected. The kinky female warden dispatches male guards to rape the prisoners at the drop of a dime. After much abuse, Emanuelle befriends the doctor (Gabriele Tinti).

B) “Women’s Prison Massacre”: Emanuelle (Gemser) is a reporter sent to prison and immediately butts heads with the “top dog” inmate, Albina (Ursula Flores). The two are forced to fight for the amusement of the warden. Problems escalate when four male death row convicts arrive, led by “Crazy Boy” Henderson (Tinti). Inevitably, an escape is necessary by means of survival or die trying.

Both films directed Bruno Mattei (aka Gilbert Roussel/Vincent Dawn) and shot simultaneously, featuring many of the same cast members. The final features in the “Black Emanuelle” series, merge gory violence and abundance of nudity. Gemser, whom was married to Tinit at the time, states that Claudio Fragasso (the screenwriter) directed “Women’s Prison Massacre” rather than Mattei. 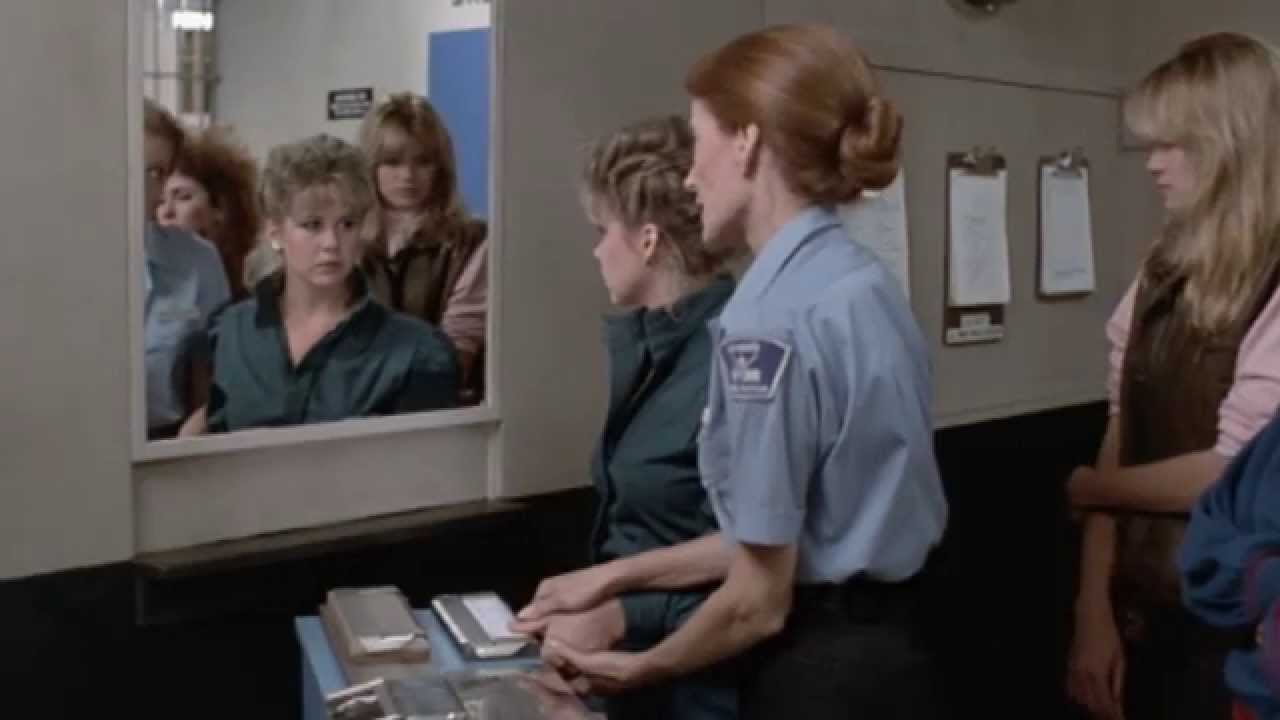 Carol (Linda Blair) is an immature teenager who while driving drunk, kills a man accidentally. Sentenced to eighteen months, she arrives at the prison run by the perverted Warden Backman (John Vernon). Shortly after, she has tangles with kingpin inmates Ericka (Sybil Danning) and Duchess (Tamara Dobson).

Racial tensions, drug dealing, lesbianism, rape and prostitution runs rampant in the prison. Eventually, once corruption among the superiors, the convicts set aside their differences to topple the mindless authority enforcers.

Directed by Paul Nicholas and script co-written with Vincent Mongol (Aaron Butler), “Chained Heat” became one of the top grossing films of its genre. In addition to its success, the feature suffered the brunt of criticism from gay rights activists and feminist groups.

Regardless, it spawned two sequels that only share the name relation. In 2008, a 3 DVD box set features a shorter edit of “Chained Heat”, along with “Red Heat” (which also stars Linda Blair) and “Jungle Warriors”. 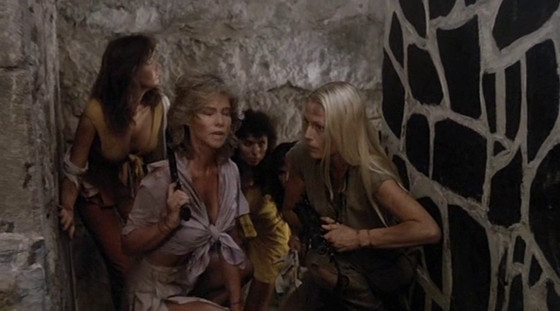 A plane carrying American models is flying over a cocaine plantation is shot down by a drug lord, Cesar (Paul L. Smith) and crashes in the Peruvian jungle. The women are captured by his army of mercenaries and thrown into a dungeon for interrogation, under the suspicion that one or all of them might be undercover authorities.

After the women are tortured by Cesar’s sister Angel (Sybil Danning), gang-raped by the soldiers, they are imprisoned to await an uncertain fate.

Directed by Ernst R. Von Theumer and an uncredited Billy Fine, “Jungle Warriors” aka “Euer Web fuhrt durch die Holle (Your Path Leads Through Hell)” was shot in Mexico and West Germany. Although an obscure film, it features many well-known B movie and TV regulars like John Vernon, Dana Elcar, Marjoe Gortner, Woody Strode and Angela Robinson(-Witherspoon). Some copies on VHS or DVD have at least ten minutes edited form its original running length of ninety-three minutes.

When Susan (Judy Sanders) witnesses her mother being killed by a hired thug Silk (Ray Sharkey), she develops amnesia and is sent to a mental institution for women. On the inside, many of the inmates are hypersexual drug addicts, but are utterly terrified of Dr. Fletcher (Mary Woronov).

Silk is appointed by another corrupt doctor to keep an eye on Susan in case her memory returns. Meanwhile, Dr. Fletcher conducts experiments of chemical lobotomies on unruly patients in a separate wing of the asylum and is under investigation by higher authorities.

Directed by Pierre De Moro, “Hellhole” features many great staples of the genre with gritty tongue-in-cheek humor. Familiar B movie faces like Marjoe Gortner, Edy Williams, Lynn Borden, Dyanne Thorne and Richard Cox fill out the cast, including a bevy of semi-clad or nude female inmates. Recently it was scheduled for a DVD and Blu-ray release, but was cancelled because footage was missing. 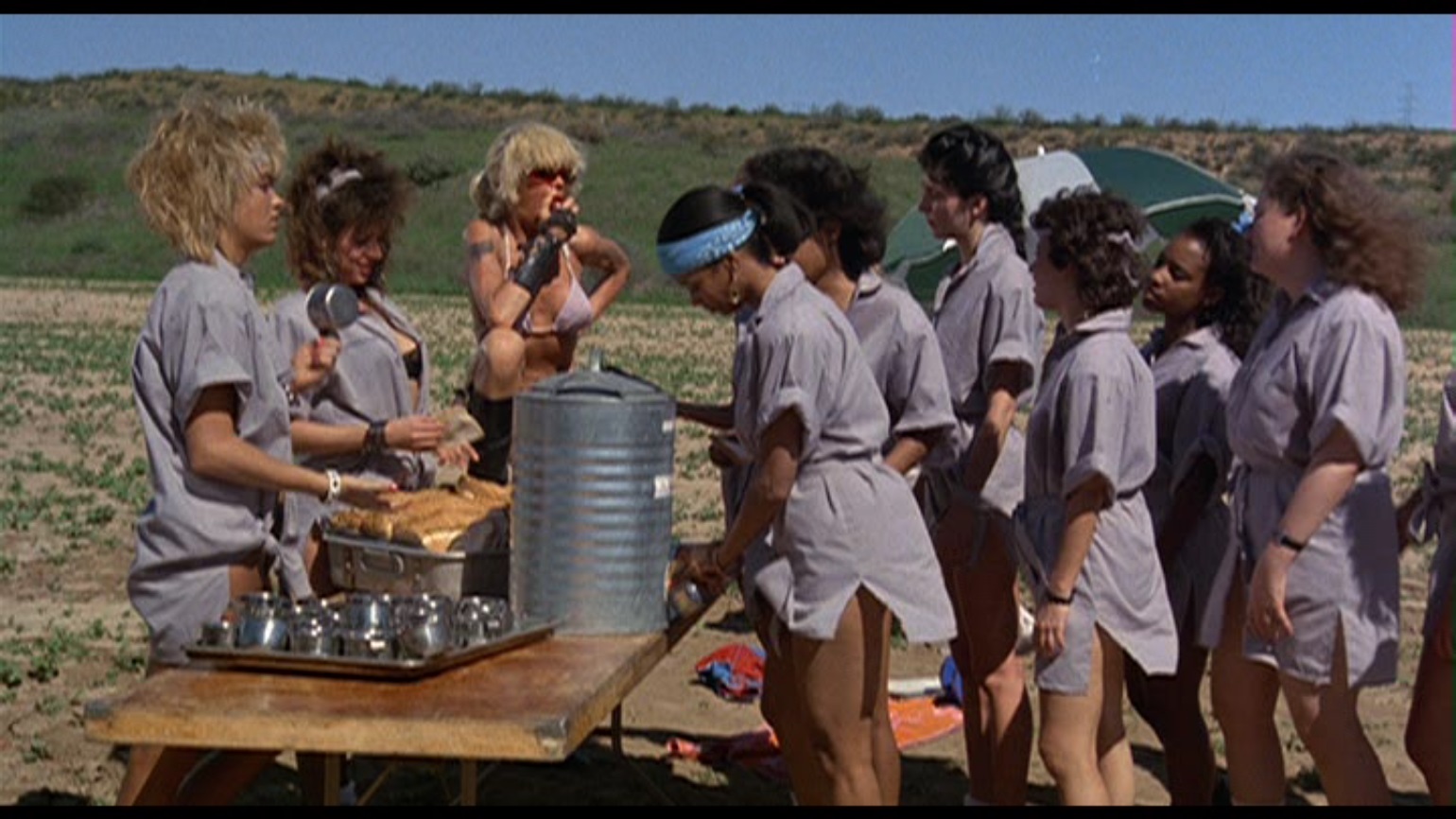 After being involved with a burglary that ends horribly, Jenny (Linda Carol) is sent to a juvenile detention center for young women. While trying to make friends, she immediately makes enemies with Charlie (Wendy O. Williams), who is the queen bee and a favorite of the evil head mistress Edna (Pat Ast).

Every night after lights out, Warden Sutter (Sybil Danning) reads scriptures over the loud speakers. Meanwhile, Dr. Norton (Charlotte McGinnis) is a psychiatrist who is aware of the brutality and poor conditions and seeks a change in the system.

Directed by Tom DeSimone with a script co-written with Jack Cummins and Daniel Arthur Wray, “Reform School Girls” is a classic “so bad it’s good” movie. After the disappointment of his previous WIP films (“Prison Girls” and “The Concrete Jungle”), he decided to do a spoof on the genre, but received negative reviews.

The soundtrack features four songs by Wendy O. Williams of the Plasmatics, along with Etta James, Girlschool and the Screamin’ Sirens. 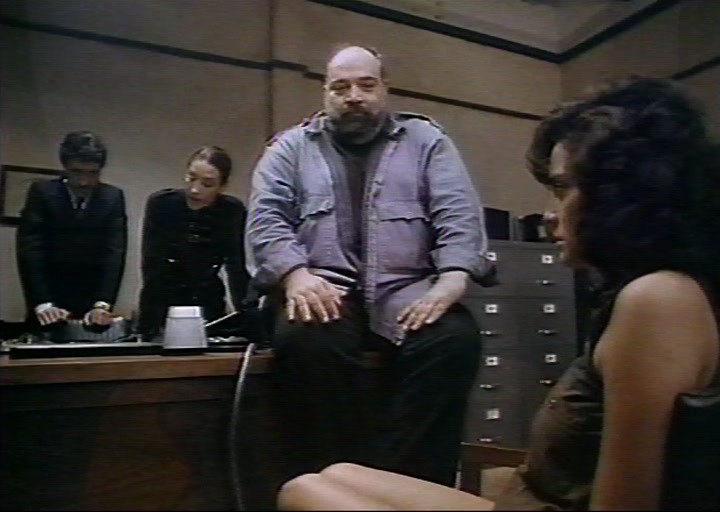 Kathie (Roxanna Michaels) heads to Hollywood and rescues a hitchhiker, Rhonda, along the way. They meet Buck, a sleazy photographer and go to a bar. While Rhonda and Buck are having sex in the bathroom, Kathie is almost raped by a gang of thugs, but saved by undercover cops Victor (Erik Estrada) and Randall (James Hong).

Written and directed by Bill Milling, “Caged Fury” was shot in 1988-89, but never released theatrically and then released straight to video by 1990 in the US. It features minor roles by Michael Parks, Ron Jeremy, Paul L. Smith, Elena Sahagun.

It is also probably one of the last truly exploitative films of the genre with a Hollywood polished stamp. Various versions in running time range from the original ninety-five minutes, to the eighty-one minute Australian cut and the eighty-six minute UK cut.