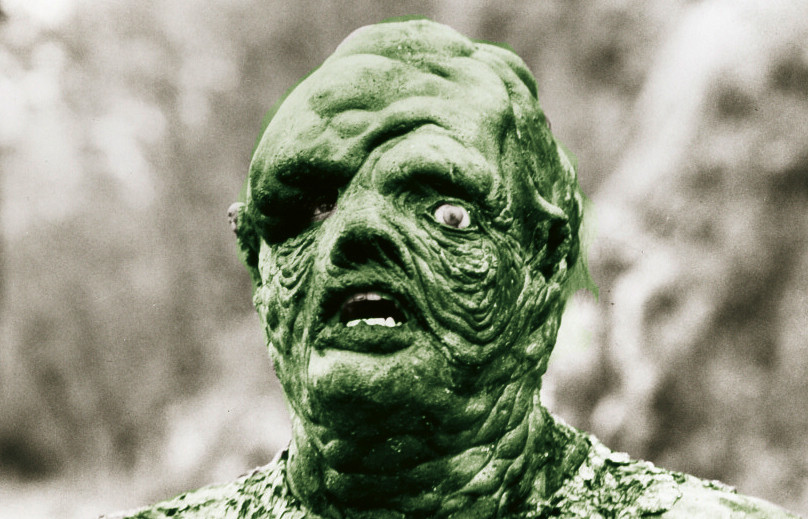 Founded by Lloyd Kaufman and Michael Hers in 1974, Troma Entertainment is an American production and distribution company known for low budget films also known as Z-movies, a much lower grade of the B-movie genre. Their content has an abundance of exploitation themes, such as nudity, violence, gore, anarchistic humor and social commentary. Their slogan is “Movies of the Future” through the use of automatistic and surrealistic themes with “shock-ploitation” tactics.

In addition to Making Their Own Damn Movies*, they have distributed many low budget films from before the company had existed, such as “Astro-Zombies, “I Spit On Your Corpse” and “Angels’ Wild Women”. Also, launching the early films of Billy Bob Thornton (“Chopper Chicks in Zombietown”), Vanna White (“Graduation Day”), J.J. Abrams (“Nightbeast”), Marisa Tormei (“Toxic Avenger”), Vincent D’Onofrio (“The First Turn-On!”) and many more.

The following list contains 20 of their better and most popular releases, in chronological order. Troma has made several features available in their entirety on Youtube, Shudder and other online streaming channels. Many are still available on VHS, DVD and Blu-ray. While their twisted tales, perverse humor and gratuitous gore many not appeal to the more conservative audiences, Troma maintains a devoted following of equally deranged fanatics.

* A play on the Troma book also by Kaufman, Make Your Own Damn Movie, published in 2003.

Abacrombie (Lloyd Kaufman) is inept delivery boy who lives in a dingy basement and works for Mr. Crumb (Stanley Kaufman). When he fails to deliver a package, he is consequently fired. He the embarks on a journey of self-discovery and hopes to gain the affection of a beautiful coffee shop waitress, his Dream Girl (Lynn Lowery in her screen debut).

During his quest, Abacrombie encounters harassment from a street poet, an elderly lady, a preacher, a bratty little girl, a psychiatrist, and hippies. Upon being rejected by everybody, he joins the army.

After the release of his student film “The Girl Who Returned” in 1969, two years later Lloyd Kaufman wrote, directed and co-produced “The Battle of Love’s Return”. Unlike features later released by Troma, this contains no profanity, nudity or violence.

Various characters are introduced in black and white sequences in a quasi-documentary style. Oliver Stone has an acting cameo and also worked as an assistant director. The feature was well received while Lloyd’s acting was compared to Mel Brooks and Woody Allen.

1850s in Australia, a former patriot from Ireland, Daniel Morgan (Dennis Hopper) has intentions of striking it rich during the Gold Rush. After witnessing a massacre of Chinese people in the goldfields, he turns to a life of crime and upon being apprehended, he is sentenced to twelve years of hard labor. In prison, Morgan is systematically abused and raped, then after serving six years, he is released on good behavior.

Once back on the outside, he becomes a bushranger and befriends an aboriginal named Billy (David Gulpilil). Inevitably, the two become local heroes, but the wealthy and politically powerful want them captured or killed.

Based on a true story and the book Morgan by Margaret Carnegie, “Mad Dog Morgan” was written and directed by Philippe Mora. Shot in Australia in many of the same locations where Daniel Morgan was active, including the cave he hid in. Considered by many to be one Hopper’s best dramatic roles, but had disappointing box office totals.

While Troma’s VHS and DVD editions were initially heavily edited, they released an uncut double DVD set in 2009. 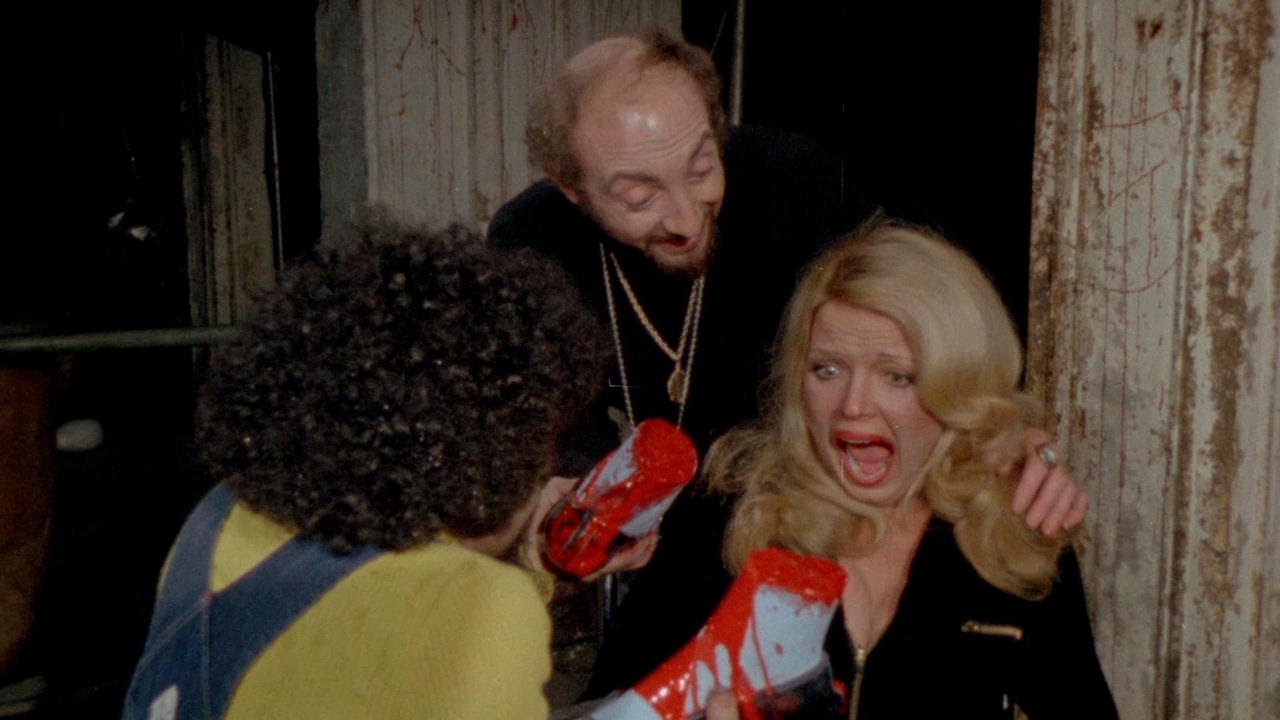 In an underground New York theatre, Master Sardu (Seamus O’Brien) and his dwarf assistant, Ralphus (Louis De Jesus) preside over ceremonies of the macabre that feature torture and mutilation. Many perceive the performances as fraudulent, including a prominent critic.

Behind the scenes, Sardu and Ralphus carry on with the torturing of women for their own amusement and sell many into sexual slavery. Eventually, the theatre master kidnaps a ballerina, Natasha (Viju Krem), with the hopes that it will give his production some artistic legitimacy.

Written and directed by Joel M. Reed, it was shot under the title “Sardu: Master of the Screaming Virgins” and then retitled “The Incredible Torture Show”. When Troma acquired distribution rights, they renamed it “Blood Sucking Freaks”. Although receiving many negative reviews in addition to controversy for graphic and sexualized violence towards women, the film has developed a cult following for its tongue-in-cheek campy humor.

After a self-help meeting graduation, an apparently kind old lady offers a ride to a hippy couple. While driving through the woods, they plot to rob her and steal the car. When it stalls, two male assailants emerge from the trees and attack the hippies. The men, Ike (Fredrick Coffin/Holden McGuire) and Addley (Robert “Bobby’ Collins) are the sons of the old woman called Mother (Rose Ross/Beatrice Pons).

Meanwhile, college friends Abbey (Nancy Hendrickson), Jackie (Deborah Luce) and Trina (Tiana Pierce) are reuniting for a camping trip, not far from the dilapidated house belonging to Mother and her two sons. Late at night, the three women are abducted by Ike and Addley who torture them for their Mother’s amusement.

Directed by Lloyd’s brother, Charles Kaufman, with a script co-written with Warren Leight, “Mother’s Day” was banned in the UK, then finally released on DVD in 2015. Many critics despised the film, including Roger Ebert who gave it zero stars and called it disgusting.

Regardless, it is a cult classic and often over-looked. In 2010, it was remade by Darren Lynn Bousman (“Repo! The Genetic Opera) and starring Rebecca De Mornay in the lead role. 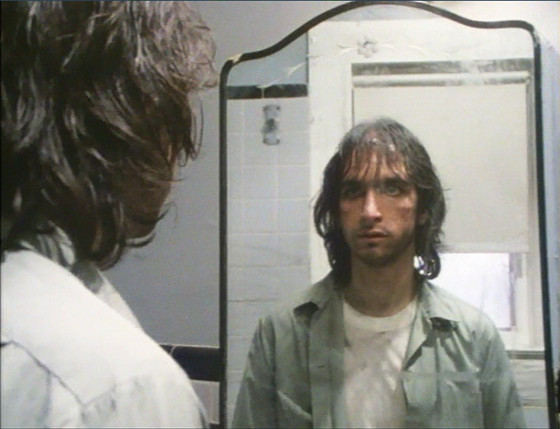 Unemployable Vietnam veteran Frankie (Ricky Gionvinazzo) is incredibly haunted and still traumatized by service during the war. Back at home in New York City, he, his pregnant wife and their six-month-old mutant son live in a squalor apartment. He argues with his wife and their neighborhood is full of junkies and thieves.

He calls his father to ask for money, but his dad is convinced that his son died in Saigon. After being jumped by thugs, Frankie kills them and gets lost a hallucinatory flashback. He considers suicide, but realizes that he must save his family.

“Combat Shock” was directed, written, edited and produced by Buddy Giovinazzo and casting his brother Ricky (who scored the music) in the lead role. It’s a gritty action-packed drama about the Vietnam War, Agent Orange affected veterans and the horrors of returning to civilian life in America.

While it received mixed reviews, Lloyd Kaufman considers it to one of Troma’s “True Masterpieces”. In 2009, the “Tromasterpiece” Collection released a two DVD uncut version with the original work-print title “American Nightmares”.

At a health club in Tromaville, New Jersey, Melvin (Mark Torgl) is janitor and the brunt of harassment from many of the members. Sadistic vehicular manslaughters, Bozo, Slug, Wanda and Julie, decide to play a prank on him and upon being chased around the health club, he dives out of a window, landing into drum of toxic waste.

Melvin is smoldered in flames and runs home to take a bath. His body begins to mutate, transforming into a disfigured monster with superhuman strength. From that moment on, the Toxic Avenger (Mitch Cohen) is born with a mission to punish criminals including the corrupt mayor and saving the lives of the innocent.

Directed by Michael Herz and Samuel Weil (aka Lloyd Kaufman), “The Toxic Avenger” became Troma’s first successful film, despite being ignored upon its release in 1984. It spawned three sequels, a stage production musical, a Marvel Comic and an animated children’s television series.

The Monster aka Toxie became Troma’s mascot and usually turns up at various film festivals. There have been discussions of doing a more family-friendly PG-13 remake, with Arnold Schwarzenegger (whom dropped out to make “Terminator Genisys”), but nothing yet has become of it.