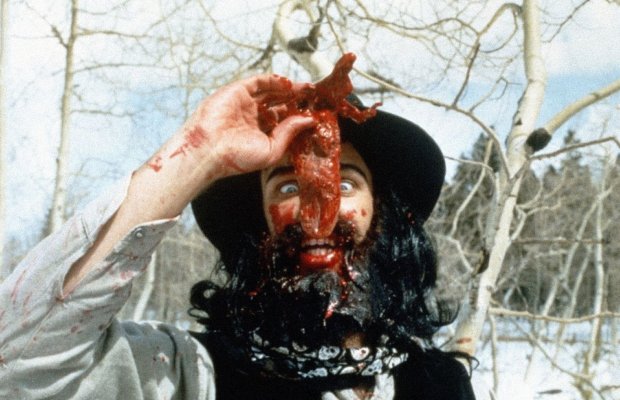 In 1883, Alfred Packer (Trey Parker credited as Juan Schwartz) is on trial for the charges of murder and cannibalism of fellow miners. While in his jail cell, he recalls the events to a journalist, Polly Pry (Toddly Walters). The expedition began in Provo, Utah, with Packer and five other men, who plan on venturing to Breckenridge, Colorado upon hearing of new gold discoveries in that region.

After four weeks, they are lost, encountering trappers and cold weather. While staying at an Indian camp, the chief tries to convince them to stay, but the men become restless and press on with dire consequences as they head in the opposite direction of their destination.

Directed by Trey Parker and a script co-written an uncredited Matt Stone, “Cannibal: The Musical” was made while they were still students at Colorado University, several years before their animated TV series South Park debuted. Originally titled “Alfred Packer: The Musical”, it wasn’t released until 1996 when Troma bought the distribution rights and renamed it.

With the success of the TV series, Parker and Stone’s student film built up a cult following, which spawned an Off-Broadway adaptation in addition to other stage productions. 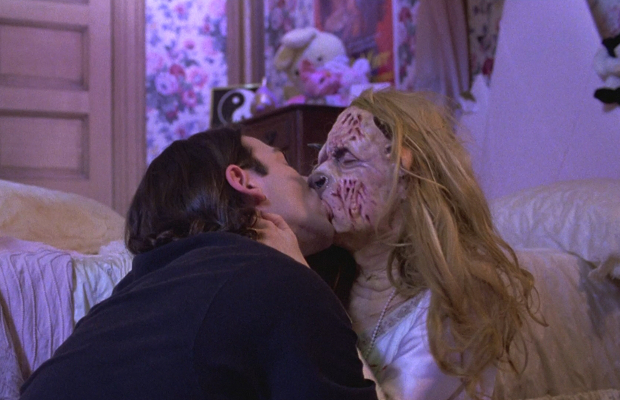 Manhattan in the mid-1990s, the Narrator (Lemmy “Mothorhead” Kilmister) tells the story of the Capulet and Ques families. Tromeo Que (Will Keenan) is a tattoo artist who lives with his alcoholic father in squalor.

Juliet Capulet is locked away in her family’s mansion, watched by her cruel father, passive mother and overprotective cousin, but gaining sexual attention from the servant Ness (Debbie Rochon). Inevitably, Tromeo and Juliet encounter each other at a masquerade ball, then fall in love despite all those who oppose their union.

Based loosely on Shakespeare’s play, “Tromeo and Juliet” was directed by Lloyd Kaufman and a script co-written with James Gunn. It’s updated homage with many modern twists including the punk and metal subcultures, bisexuality, surrealistic gore, nudity and humor.

The film received positive reviews and after its success, there were plans for a spiritual sequel called “Schlock and Sensibility”, but nothing ever became of it. The soundtrack helped get “T&J” some recognition on MTV, with songs by Motorhead, The Meatmen, the Wesley Willis Fiasco and many more. 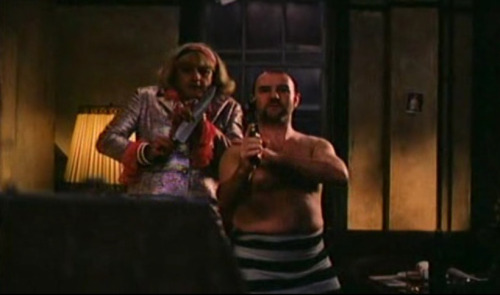 In NYC, the gay Detective Luigi Mackeroni (Udo Samel) has been assigned to investigate multiple attacks at the seedy Hotel Quickie. Many of the male guest have had their penises bitten off.

While probing around, Mackeroni hires Billy (Marc Richter), a young gigolo, but before engaging in sex, a condom with teeth gnaws off one of the detective’s testicles. Then Luigi takes the case more personally and seeks to end the contraceptive’s reign of terror, while coming to terms with his true feeling towards Billy.

Based on Ralf Konig’s 1987 comic book Kondom des Grauens (Condom of Horror), “Killer Condom” was directed by Martin Walz with a script co-written by Mario Kramp and the original creator.

Released in Germany and Switzerland, while playing at various festivals world-wide, it never played in American theatres. In 1999, Troma released the film on video where it developed a cult following in the US. 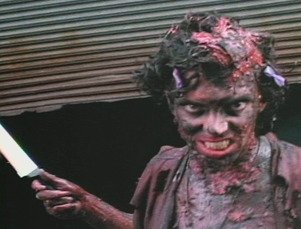 In New York, a crazy, egocentric and blind film director, Larry Benjamin (Lloyd Kaufman) and his crew are working on their latest low-budget production. In addition to their usual struggles, a sexually ambiguous, mad bomber serial killer is stalking them.

The production assistant Jennifer (Alyce Latourelle) deals with many professional conflicts, while juggling two male lovers who are also in the crew. As the body count rises, everybody joins forces to confront threat within.

Directed by Lloyd Kaufman and script co-written with Douglas Buck, Patrick Cassidy and James Gunn, “Terror Firmer” was the first Troma film to be edited digitally. The feature was dubbed as “One Giant Tribute to all of Troma’s Films” and based on Kaufman’s book, All I Need to Know About Filmmaking I Learned from The Toxic Avenger.

The cast features several of the company’s regulars like Debbie Rochon and Will Keenan along with cameos by Lemmy Kilmister, Matt Stone, Trey Parker, Ron Jeremy and many more. There are also three different versions: a ninety-eight-minute R-rated version, an unrated director’s cut at one-hundred-and-fifty-four minutes along with an unrated cut at one-hundred-and-twenty-three minutes. 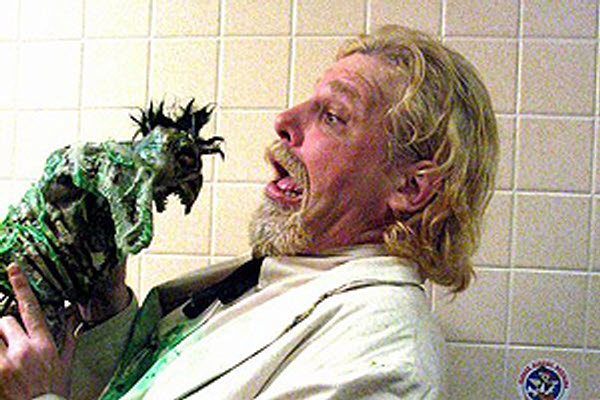 The American Chicken Bunker is a military-themed fast food chain that has built a restaurant on the land of an ancient Indian burial ground and many people rally to protest.

Meanwhile, one of the employees, Arbie (Jason Yachanin) want to reconcile the love between him and his ex-girlfriend Wendy (Kate Graham), who is one of protesters who left him for Micki (Allyson Serebofff). Inevitably, the spirits of the dead begin to extract their revenge on the customers, employees and management by unleashing a chicken-possessed zombie demonic alien and all the uncooked food starts killing the humans.

Directed by Lloyd Kaufman and uncredited Gabriel Friedman, “Poultrygeist” is a dark humored sci-fi musical horror comedy. Much of the budget was came from the pockets of Kaufman and Herz, while many of the production crew was assembled through ads placed on Craigslist and horror-based message boards.

While the film received positive reviews even with a limited or sporadic theatrical released, financially it bombed. Regardless, people still found the film enjoyable and continue to defend it. 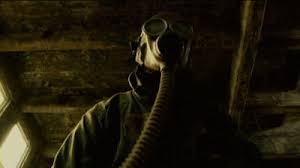 In the forest region of the mid-West, Teddy (Mike Johnson) leads a group of fellow teenagers to party. When everybody’s good and toasted, he begins to tell them about an explosion at an old chemical plant.

He tells them that the night watchman’s body was never found and mentions having read his grandfather’s journal entries about a beast that mutilates the local livestock. These tales excite the group and they decide to investigate the plant’s grounds and remains.

Shot at an abandoned building in Wisconsin, it was originally intended as a short, but then extended to a feature length which allowed the cast to improvise much of the material. While the film only had limited theatrical run in Milwaukee, it received positive reviews. In 2011, Troma premiered and released it on DVD.

Chris Fuchman (Mackenzie Murdock) is a notorious murderer/rapist/cannibal known as the “Father’s Day Killer” having been responsible for the deaths of ten fathers. Due to a technical error, he was released, but is believed to be deceased and is a feared boogeyman/urban legend.

Meanwhile, more fathers are raped and murdered, however no evidence is linking them to Fuchman. One victim was the father and guardian of siblings Ahab and Chelsea. The brother was disfigured and sent to live with a priest, while his sister goes to orphanage run by nuns. As the years goes by, Ahab is on quest to track down the killer.

Written and directed by Adam Brooks, Jeremy Gillespie, Matthew Kennedy, Steven Kostanski and Conor Sweeney, “Father’s Day” is an action-horror comedy from an American-Canadian production team. In its uncut form, the feature was briefly banned in Australia, until a heavily censored version was available.

Despite the controversy, the critical reception was genuinely positive as it made the rounds at several world-wide festivals between 2011-2012. In 2013, Troma released it on DVD and has been revered as one of their most popular titles.