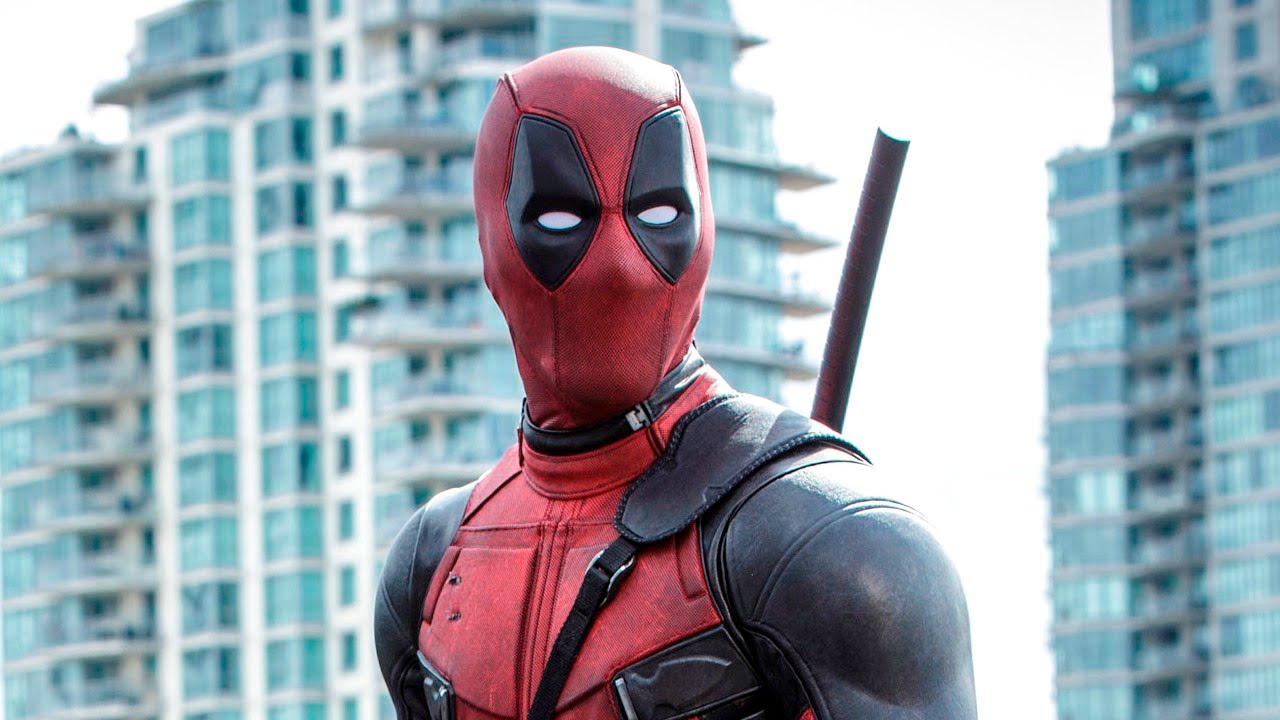 What a surprise this was! At least to me. An R-rated superhero movie that is actually a nice balance of humor and action. Deadpool was directed by Tim Miller, produced by Simon Kinberg and Lauren Shuler Donner, and written by Rhett Reese and Paul Wernick, based on the Marvel Comics character of the same name.

The film stars Ryan Reynolds, Morena Baccarin, Ed Skrein, T. J. Miller, Gina Carano, Leslie Uggams, and Brianna Hildebrand. In Deadpool, Wade Wilson hunts the man who gave him an accelerated healing factor but also a scarred physical appearance. Ryan Reynolds absolutely blew me away. I didn’t think he could do it. This is by far the best acting I have seen out of him and good for him. He probably has a few more movies he can make now.

The film received positive reviews, with critics, much like me, praising its humor, action sequences, and Reynolds’ performance. Can we put that into perspective? The highest-grossing R-rated film of all time and the highest-grossing for the X-Men franchise. All for a silly movie for a man in a red suit who is not Spider Man.

By the way, you’ve guessed it, there is a sequel in the works. As long as it comes close to this really funny, fourth wall breaking film, I’ll be ok with it, maybe not go see it in the theaters ok, but watch it on demand or on Netflix later ok.

The Lobster first premiered at the 2015 Cannes Film Festival, where it received the Jury Prize, a special mention for the Queer Palm, and Dog Palm Award for Bob the dog’s legendary performance. However, it is premiering in theaters this year so it qualifies for this list.

The Lobster is a absurdist dystopian film directed by Greek director Yorgos Lanthimos in his English language feature film debut. In the film, singles are given 45 days to find a romantic partner or otherwise be turned into animals. It stars Colin Farrell as newly-single man faced with this process, and Rachel Weisz as a woman he attempts to form a relationship with.

The film received critical acclaim from critics. As of this writing, it has a 90% approval rating on Rotten Tomatoes, with the critical consensus reading, “As strange as it is thrillingly ambitious, The Lobster is definitely an acquired taste – but for viewers with the fortitude to crack through Yorgos Lanthimos’ offbeat sensibilities, it should prove a savory cinematic treat.”. So basically, it is not for everyone, but if it is for you, you really enjoy it.

The film received several award nominations by a variety of sources, most of them critics awards, as the film was just a little too weird for the mainstream award crowd. Overall, The Lobster is an engrossing love story, with some creative storytelling, absurd actions, and beautiful filmmaking thrown in.

Appearing on my films to look forward to in 2016 list, Hail, Caesar lived up to expectations for most, especially critics. The film tells a fictional story that follows the real-life “fixer” Eddie Mannix (Brolin) working in the Hollywood film industry in the 1950s, trying to discover what happened to a cast member who vanishes during filming.

Written and directed by the absurdly amazing Coen brothers, this all star cast piled enough inside jokes about the Hollywood system as they could in a couple hours. The cast is insane, and all did well in their respective characters. I will throw particular praise to Tilda Swinton who plays both Thora Thacker and Thessaly Thacker, feuding identical twin sister gossip columnists, and Channing Tatum who was giving me Gene Kelly mixed with fraternity brother.

Audiences were pretty split on the film, giving it a C- CinemaScore and a 46% approval rating on Rotten Tomatoes. I attribute this to the film’s biting commentary on post-World War II Hollywood, and if audiences are familiar with the films of that era, seeing what was going on behind the scenes, might not be all that pleasant.

Hail, Caesar is also filled with insider humor, film related jokes, and particularly off-beat humor, even for the Coen brothers, these attributes could have also divided audiences. Critics on the other hand were supportive, giving the film positive reviews overall, but citing the film as somewhere in between the masterworks of the Coen brothers and their duds.

Richard Roeper in his four star review put it nicely, “Hail, Caesar! may not be one of the Coen Brothers’ finest efforts—and it might not engage viewers beyond Los Angeles or those who truly understand or work in the film industry—but it’s nevertheless a fun, charming, and oft-hilarious take on Hollywood’s Golden Age.”

Hail, Caesar lived up to my expectations as one of my most anticipated movies this year, and although I may disagree with some audiences here, I loved it.

17. Embrace of the Serpent

This Colombian adventure directed by Ciro Guerra premiered at the 2015 Cannes Film Festival, but like others on this list, was released in North America this year. The film won the Art Cinema Award in the Directors’ Fortnight section and was nominated for the Best Foreign Language Film Oscar at the 88th Academy Awards.

The film tells two stories, taking place in 1909 and 1940, both featuring Karamakate, an Amazonian shaman and last survivor of his tribe. He travels with two scientists, German Theodor Koch-Grunberg and American Richard Evans Schultes, to look for the rare yakruna, a sacred plant.The film is loosely inspired by the diaries written by the two scientists during their field work in the Amazon.

Embrace of the Serpent or its Spanish title El abrazo de la serpiente, has received universal acclaim from critics. Rotten Tomatoes gives it a 99% approval rating, based on 96 reviews, with an average score of 8.4/10 and other sites such as Metacritic also gave the film universally perfect scores.

Embrace of the Serpent was announced as Colombia’s submission for the Best Foreign Film Oscar and was one of the films nominated, making it Colombia’s first film nominated for the award. The Governor of the Guainía Department, decorated Ciro Guerra with the Order of the Inírida Flower for “exalting the respect and value of the indigenous populations, likewise giving the Department recognition for tourism and culture”.

This black and white cinematic beauty is a gorgeous masterpiece that brings the jungle to life and emphasized its many cinematic and lingual languages. 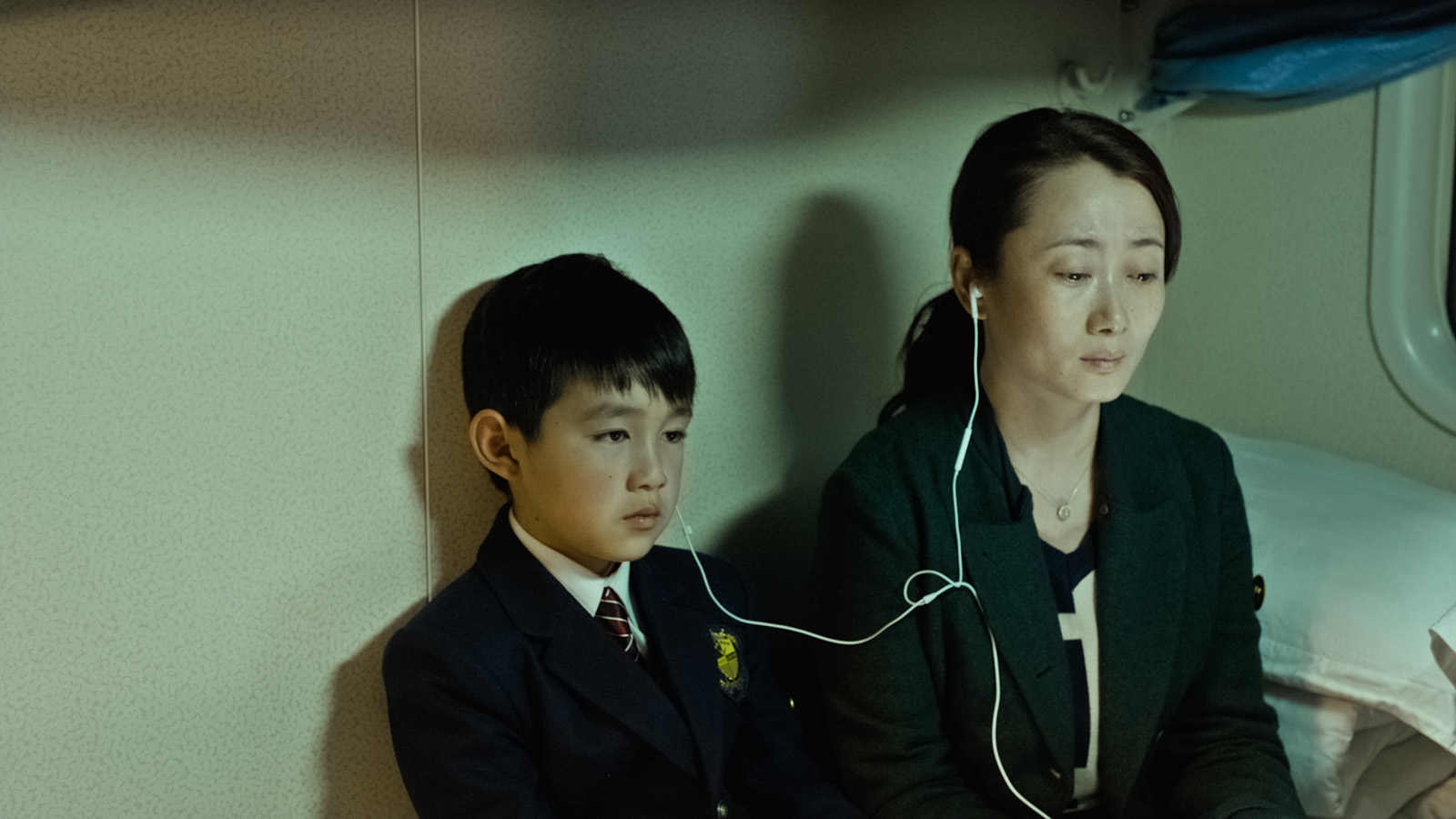 Mountains May Depart first premiered at the Cannes Film Festival in 2015, and competed for the Palme D’Or. It is directed by Jia Zhangke and it is Jia’s eighth feature film. Zhangke had a tall order to follow, after the release of his astounding A Touch of Sin, but they really stepped up to the challenge with this visionary take on modern Chinese society. It is split into three sections, a section from 1999, 2014, and in Australia in 2025.

Mountains May Depart follows a love triangle that yields splintered takes on modern Chinese society, as well as the political and cultural upheavals faced by that country over the last few decades. Zhangke’s leading lady and off screen wife Tao Zhao plays the fulcrum of the story, Shen Tao, a young saleswoman who marries a rich, ambitious, America-obsessed entrepreneur (Yi Zhang) rather than indulge her attraction for a more traditional, humble coal miner (Jing Dong Liang).

The imagery of this film is so gorgeous as it tackles who is helped and harmed by modern Chinese capitalism and the human emotions behind the people affected. Zhangke really taps into each character, presenting them as flawed yet beautiful creatures in their own situations. 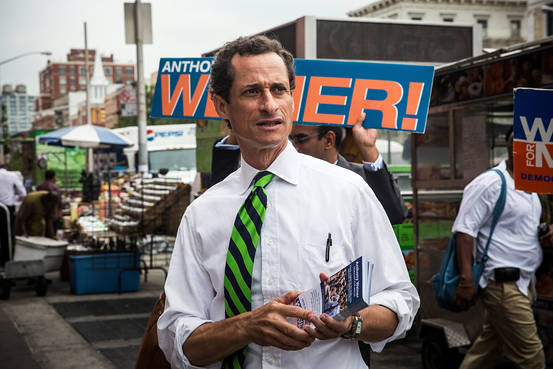 Wiener is a fly-on-the-wall documentary by Josh Kriegman and Elyse Steinberg about Anthony Weiner’s campaign for Mayor of New York City during the 2013 mayoral election. The documentary follows Anthony Weiner and his wife Huma Abedin, beginning with his time in Congress and his 2011 resignation after photos of his bulging underwear appeared on Twitter.

The bulk of the film follows his return to the political stage in his mayoral campaign in 2013. At the start, his campaign is going really well. Many New Yorkers were willing to give him a second chance, igniting an unexpected blaze with groundswell support from the workaday crowd, as well as in African and Latin-American-dominated corners of the five boroughs.

Then his flirtatious and aggressive personality, which served him well for the most part in this political career, got him into trouble again when new examples of his online sexual activity surface, including explicit text conversations with women that occurred well after his resignation from Congress.

What makes Wiener such a great documentary is its intimacy, which comes from its unprecedented access. The filmmakers are there every step of the way, from the ups to the downs, right there in the most intimate moments of the flailing campaign. There are very few times that the camera and crew are kicked out of a room.

It is more than a political doc about Wiener and the campaign, it examine his relationship with his wife, and his scandalous behavior.

By the end, you are so shaken with all of the developments, disappointments, and triumphs that it almost gets unbearable to walk, but you cannot and should not turn away. You’ll see this one around awards season and if anyone wants to run for mayor, you should watch this first.

Krisha first premiered at the 2015 South by Southwest Film Festival where it received the Grand Jury Award and Audience Award in the narrative feature competition. It was then selected to compete in the International Critics’ Week section at the 2015 Cannes Film Festival.

The film was released in a limited release on March 18, 2016, by A24. Krisha was written and directed by Trey Edward Shults in his major directorial debut, and produced by J.P. Castel and Jonathan R. Chan, and is the feature-length adaption of the 2014 short film Krisha also directed by Shults.

The film stars Krisha Fairchild, Robyn Fairchild and Bill Wise. The film follows Krisha, played by Trey Edward Shults’ Aunt Krisha as she attends Thanksgiving with her family, after not seeing them for ten years. The past comes back to haunt and destroys the festivities.

Much of the film’s cast are relatives of Shults, including Krisha Fairchild, his mother and grandmother, and other actors being friends of Shults. Bill Wise and Chris Doubek were the only non-relatives or friends cast in the film.

A Kickstarter.com campaign was created to fund the film, a $10,000 goal was set, but ended up with a total of $14,260. The film received positive reviews from critics and currently holds a 96% approval rating on Rotten Tomatoes. Many praised the work of lead actress Krisha Fairchild who brings a level of subtlety and woundedness to the role. If you don’t catch this in limited release, it may come to other film festivals and will be available on streaming sites soon.