Cinephilia is the term used to refer to a fervent love for films. It also includes interest in film criticism, film theory, and cinemas themselves. Cinephiles are mostly referred to as “movie buffs”. It is interesting to find characters such as these within films, since it creates a certain depth – A person watching a movie in which the character loves watching movies that may have an effect on their lives, or even the person themselves.

It is important to note that cinephiles may be filmmakers, but they do not necessarily have to be. The same can be said for the reverse. Multiple filmmakers are self-proclaimed cinephiles, like Jean-Luc Godard and François Truffaut and many other directors of the French new wave with the onset of film clubs and Cinémathèque Française, as well as American directors Quentin Tarantino and Paul Thomas Anderson.

However, some directors are less fond of watching movies, like Michael Haneke and Abbas Kiarostami. This aspect is shown below since many characters become filmmakers, either to pay tribute to films they love, or to create their own films, or just simply enjoy watching movies with no particular interest in making films.

Therefore, many films that are exclusively about the production of movies, like Mamet’s “State and Main”, or Michel Hazanavicius’s “The Artist” are excluded. 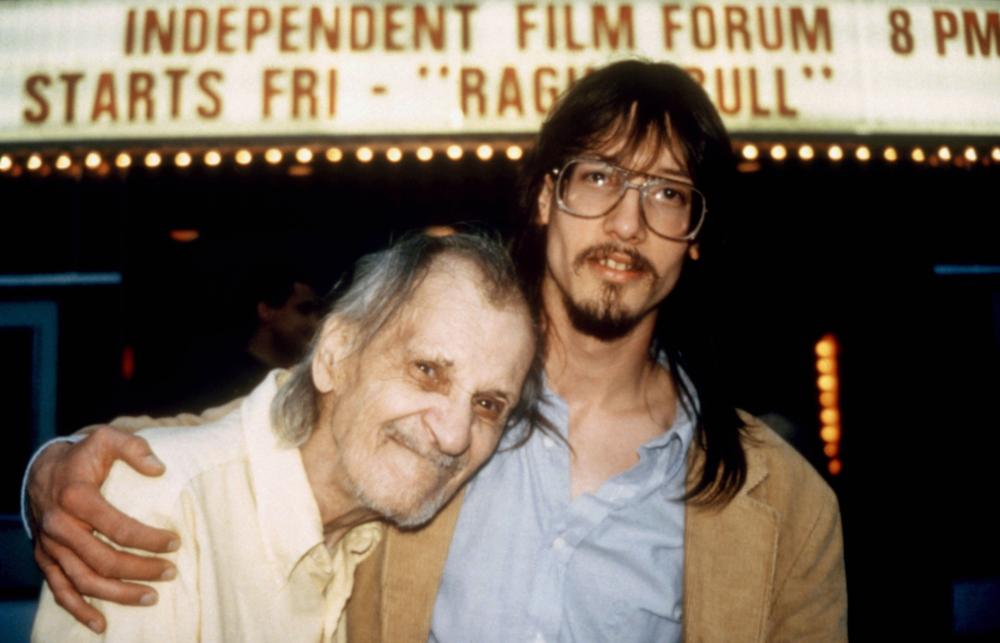 Chris Smith’s documentary chronicles the independent filmmaker, Mark Borchardt’s making of his horror short film “Coven” between 1996 and 1997, produced with the intention of getting money for his feature-length, epic, dream film, “Northwestern”, that he has been planning for most of his adult life.

Through interviews with his family and friends, they reveal how Mark has always wanted to be a filmmaker and especially fond of films, especially Bergman’s “The Seventh Seal” and horror classics like “The Night of the Living Dead”. However, his life did not pan out the way he had planned since he winds up an unemployed, deeply indebted, borderline alcoholic.

Estranged from his ex-girlfriend, and close to losing a custody battle of their three children, Mark seeks to make his life mean more and restarts production on Northwestern. However, his financial resources are severely limited; his knowledge about film does not help him at planning production, and his crew and cast is mainly formed of friends and neighbours who take pity on him and are unskilled at their jobs.

His best friend, Mike Schank, is a recovering alcoholic and drug addict and a converted compulsive gambler who hopes that by winning the lottery, he can help Mark finance his movies. Mark uses Mike as his composer and his mother as his cinematographer, even though she has “shopping to do”. After multiple failed attempts to finish Coven, he gets more money from his elderly and oddly wise Uncle Bill, who died shortly after the release of the documentary and left Mark more money to finish Northwestern.

A documentary that is incredibly touching, the film is simultaneously hilarious and sad. Even though many may pity Mark and his continuously failing attempts to make his movie, one must admire his persistence and dedication to his project and the love of his life – film. The documentary was a critical success upon its debut and went on to win the Grand Jury prize for Documentary at the Sundance Film. 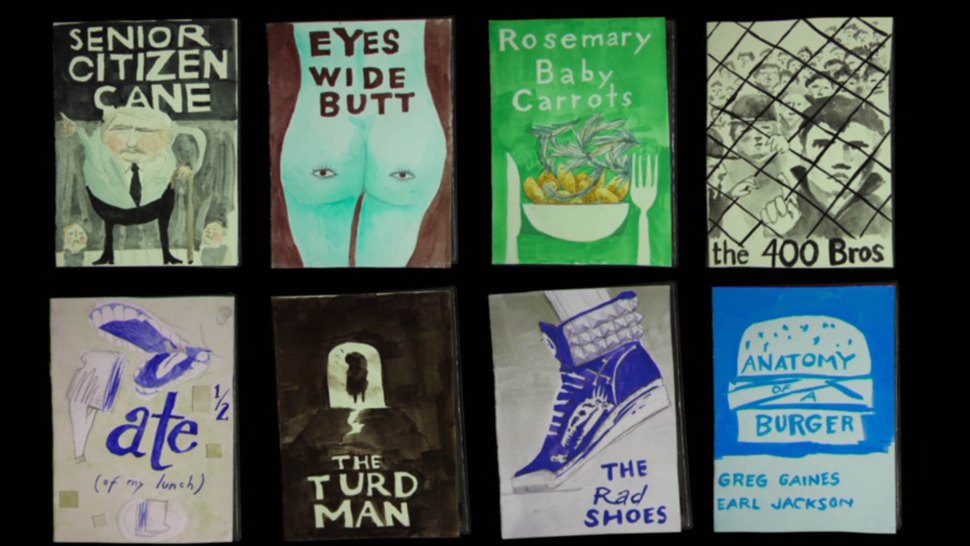 Alfonso Gomez-Rejon’s comedy-drama film based on the 2012 novel by Jesse Andrews, who also wrote the screenplay, follows the awkward, self-loathing senior Greg Gaines (Thomas Mann) as he tries his absolute best to survive high school by being associated with every clique in order to ultimately be invisible.

His only real friend/”co-worker” is Earl (RJ Cyler), who shares his love for films and grew up together watching movies like Werner Herzog’s “Aguirre The Wrath of God”, Truffaut’s “The 400 Blows,” Powell and Pressberger’s “Tales of Hoffmann. In their free time, they film their own short films parodying famous film titles and films themselves, like “The Prunes Of Wrath”, “The Sockwork Orange”, “Senior Citizen Cane”, “Raging Bullshit”, “The Seven Seals” and so on.

Greg’s parents (Nick Offerman and Connie Britton) tell him that a fellow student of his, Rachel Kushner (Olivia Cooke), has been diagnosed with leukemia. They then force him to befriend her and after sometime, they start to enjoy each other’s friendship. Rachel soon begins chemotherapy, and becomes severely depressed, Earl convinces a reluctant Greg to share their films with her, which she finds hilarious. Rachel’s friend discovers that they shoot movies and insists that they make one for Rachel, before it is too late.

With eccentric mise en scène, reminiscent of Wes Anderson, and beautiful cinematography courtesy of Chung-hoon Chung (Oldboy, Stoker), the film premiered at the 2015 Sundance Film Festival to a standing ovation. It won the U.S. Grand Jury Prize: Dramatic and the Audience Award for U.S. Drama at the festival. 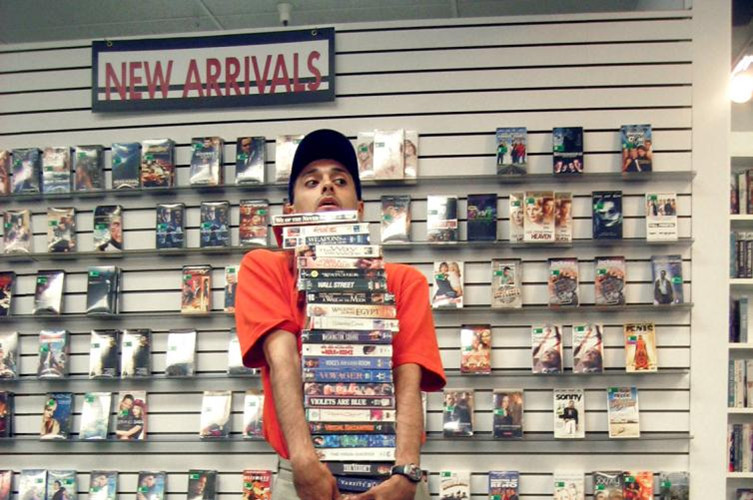 James Westby independent film revolves around a Scotty Pelk (Melik Malkasian) as a socially awkward cinephile working in a video rental store. Despite his intense love for cinema, he seems to annoy the customers with his constant highbrow recommendations and gets fired. His passion is translated on to his simplistic website, www.scottysfilmpage.com, which has yet to receive a hit. However, his depressed mood shifts as he sees a young woman, Niko (Tyler Gannon), on the tram reading “The Films of David Cronenberg”.

Infused with grand ideas of romantic gestures from romantic movies, he is immediately infatuated with her and literally runs after her to tell her his top five favourite Cronenberg films. They eventually become friends, and Scotty continues to pine for her despite her having a boyfriend. The film hardly looks cinematic, but does not fail to live up to its title. Pelk’s life revolves around films and he can barely speak more than a couple of sentences before relating what he is saying to a movie he has seen.

A human incarnation of “IMDB”, Scotty balances out his fanatic knowledge of cinema with a below average awareness of how to speak to people. His reality is rather sad, especially when his website is concerned, but that hardly matters to him since there are still movies yet to have been seen. 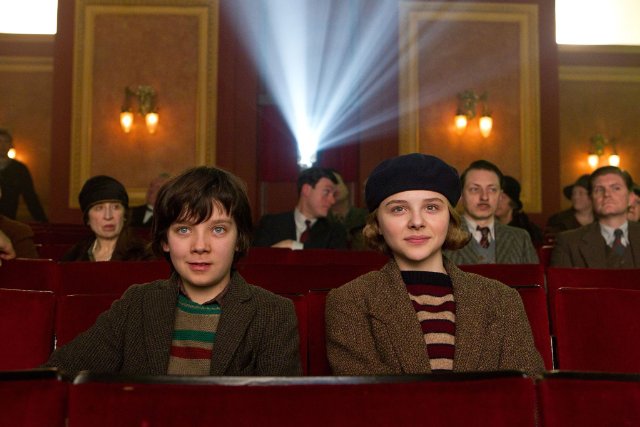 Martin Scorsese’s adventure drama based on Brian Selznick’s graphic novel “The Invention of Hugo Cabret”, tells the story of 12-year-old Hugo Cabret (Asa Butterfield) who lives in Paris in the 1930s.

His widowed father (Jude Law) is a sweet natured clockmaker who lives in the Gare Montparnasse railway station in Paris. However, he suddenly dies which leaves Hugo is the hands of his resentful uncle Claude (Ray Winstone), who himself goes missing.

With the risk of being sent away as an orphan by the bitter Station Inspector Gustave (Sacha Baron Cohen), Hugo tries to maintain the clocks so as to not alert Gustave of Claude’s disappearance and discover if his father left him a message in his automation before he dies.

Caught stealing from the toy store owner Georges (Ben Kingsley), Hugo meets his goddaughter Isabelle (Chloë Grace Moretz) who has been forbidden from going to the cinema. Hugo introduces her to the growing world of film and their friendship grows.

With multiple references to early films, especially Auguste and Louis Lumière’s film “L’Arrivée d’un train en gare de La Ciotatto” and the shocked reaction of the audiences and significant importance is given to Georges Méliès’ “A Trip to the Moon” and his contributions to cinema, Scorsese brilliantly intertwines reality and fiction in his first ever three-dimensional film. He utilises the new techniques to celebrate the birth of movie history and early pioneers who began the cinematic tradition. 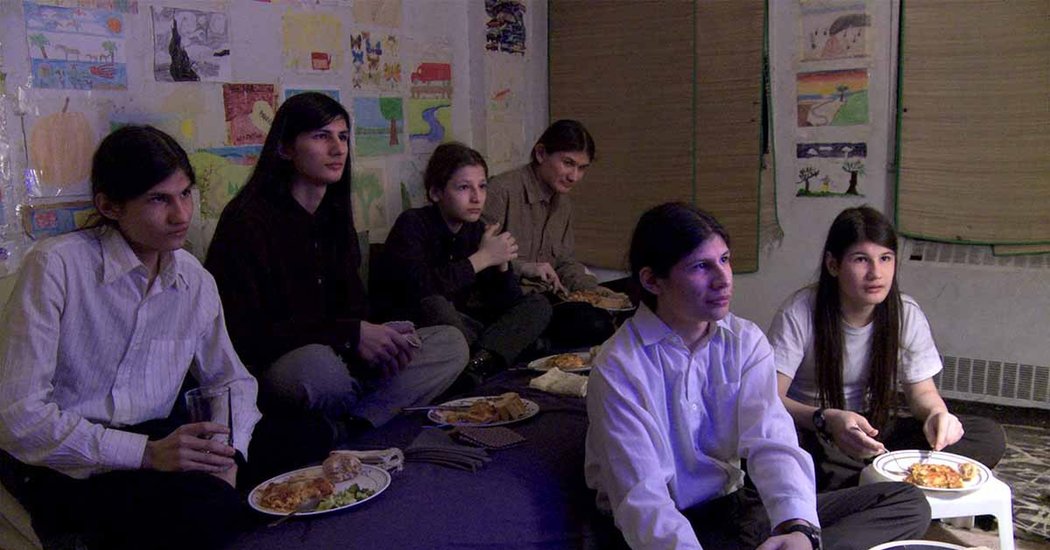 Crystal Moselle’s documentary follows the Angulo family’s seven children who were raised, home-schooled and isolated within their four-bedroom apartment in the Lower East Side of Manhattan for fourteen years. Six brothers – Mukunda, Narayana, Govinda, Bhagavan, Krisna (Glenn), and Jagadesh (Eddie), their sister Visnu and their mother Susanne were prohibited from leaving their home by father and husband, Oscar, who was the only one who had the door key.

However, he occasionally allowed them to go on a few strictly monitored trips in the outside world. The reasoning behind their confinement was Oscar’s overprotection against his children’s exposure to the dangerous streets of New York City.

Thus, the children found other ways to experience reality, by learning about the world through watching films. They watch and re-watch movies enough times to write down its screenplay verbatim, draw a cover page for it, create props out of anything they can find, and re-enact the scenes from their favourite movies, like “Reservoir Dogs”, or “The Godfather”.

However, in 2010, 15-year-old Mukunda left home against his father’s instruction, and walked around the neighbourhood in a mask, since he did not want to be caught by his father, but which ended up causing several people round him to panic and him getting arrested.

The haunting, cult-like setting is balanced out by the boys’ strange, heart-warming love for film and their naivety of the standard norms of daily life. They offer a fresh outlook on moments that most take for granted and compare everything they experience to a film. The film premiered at the Sundance Film Festival, where it won the U.S. Documentary Grand Jury Prize.