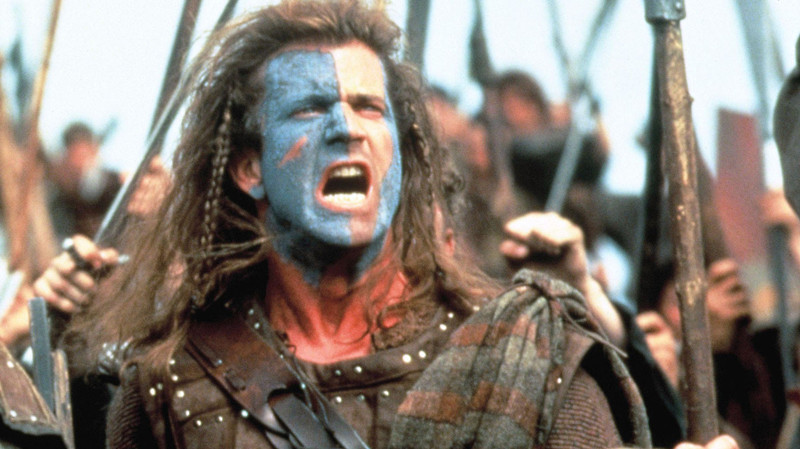 Public speaking is not just a skill, it is an art form, one that very few can master.

For most, it is a source for anxiety. The sight of a large crowd and all the attention on one person can make even the most confident individual turn into a stuttering mess. However, when done correctly, they can inspire the very best and, sometimes, the very worst in humanity.

For these 20 films, the art of the speech is on full display, perfectly crafted by screenwriters and actors. Whether it is inspiring a team before the big game, soldiers before the big battle, students before entering the real world or as a rally cry against evil, corruption and the wicked, these speeches have transcended art and have entered the popular lexicon, sometimes as satire, but sometimes as a source of inspirations.

Following his release from prison in 1990, Nelson Mandela (Morgan Freeman) ran for government and became President of South Africa, effectively ending Apartheid. Despite this, the country still remained divided and tense. Mandela, however, saw hope in the form of the Springboks, South Africa’s National Rugby Union team.

After beating heavyweights France, Western Samoa and Australia in the 1995 Rugby World Cup, the team faces the number one side: the Legendary New Zealand All Blacks. Overcoming the odds and securing a 15-12 lead, the team only has to hold out for seven minutes. Team captain Francois Pienaar (Matt Damon) addresses his team, telling them to listen to the crowd, all singing in unison, “Heads up, look into my eyes”.

The finale with Pienaar receiving the Web Ellis Trophy from a Springbok Jersey wearing Mandela remains not only one of the great moments of sport, but a great moment in human history.

Very few actors have been able to transport the Bard to the big screen. Lawrence Olivier, Orson Welles, John Gielgud, Ian McKellan are just a few that have succeeded. Today, most of Shakespeare’s plays are adapted into contemporary settings, from fairy tale Venice Beach (Romeo + Juliet) to gangland Melbourne (Macbeth).

However, Kenneth Branagh’s performance in Henry V (following in the footsteps of Laurence Olivier) shows that one can still enjoy a classic, especially when watching the St Crispin’s Day speech.

“From this day to the ending of the world, but we shall be remembered – we few, we happy few, we band of brothers; for he to-day that sheds his blood with me shall be my brother”. Branagh does not deliver this line with awe and gravitas, but rather with joy. A great smile burnt across his face as he rallies his men with promises of immortality.

Perhaps Henry’s heart is filled with joy at the concept of being side by side with his men at his longest hour, or is Branagh portraying a naive boy king who is yet to understand the true horrors of war? One thing is for certain: audience will seldom find such passion and truth in modern Shakespeare.

There are only a handful of films that men will acknowledge crying in. Rudy (Sean Astin) is one of them. How can you keep a dry eye when watching every member of the University of Notre Dame’s football team walk into the head office before the final game of the year, offering their position up for Rudy.

But before this immortal moment, Rudy quit the team, frustrated at failing to make the final team list of the year. It is only after the dressing down he receives from stadium janitor Fortune (Charles S. Dutton) that he changes his mind, “Since when are you the quitting kind,” he barks at a defeated Rudy. This not only acts as the key turning point for the film, it reveals the true character of Fortune, finally breaking down the emotional brick wall he built between himself and others.

Fortune, just like Rudy, had an opportunity but threw it away out of anger, “And I guarantee a week won’t go by in your life you won’t regret walking out, letting them get the best of you”. There is not softness, no compassion. Not Fortune’s style. Instead he gives Rudy the kick up the arse he needs to continue fighting to earn the title of ‘Fighting Irish’.

There is no worse feeling than the moment you realise you have been beat. No second chances, no extra time. Nothing. You have lost. This was the moment that underdog Senator Jefferson Smith (James Stewart) not only realised he had lost but that he had been powerless all along. His first bill draws the wrath of a corrupt politician, not only destroying the bill, but turning Smith’s own constituents against him. Where he is shown the letters and telegrams sent demanding his resignation.

Beaten, exhausted and near collapse he seems resigned to his fate, “well, I guess this is just another lost cause, Mr Paine,” he mumbles, now barely conscious.

Instead, he finds one last ounce of energy, promising to continue the fight against political corruption, “You think I’m licked? Well, I’m not licked and I’m gonna stay right here and fight for this lost cause. Even if this room is filled with lies like these”. Mr Smith goes to Washington remains one of Frank Capra’s best and one of the truly great films on American politics.

A good teacher is not meant to simply teach, but rather inspire his students. Guide them into finding their passion and push them into pursuing it. Inspiring teachers are a popular market with films like Stand and Deliver, Mr. Holland’s Opus and October Sky. However, nothing matches the wit, charm and passion found in Dead Poet’s Society’s John Keating (Robin Williams).

Despite the strict and conservative foundations of the school they attend, former student turned poetry teacher Keating encourages his students to rip out the mathematic formula for rating poetry and to stand on their desk shouting poetry, much to the chagrin of the headmaster.

But Keating’s teaching philosophy is laid bare when he shows his students photos of the past alumni who attended, “They’re not that different from you, are they? Same haircuts, full of hormones”, before whispering his magnum opus, “Carpe diem”. Keating is not just teaching poetry, he is teaching the boys to become individuals. To not be constrained by the social mores that there very school is trying to implement.

15. Friday Night Lights (2004) – “I want you to put each other in your hearts forever, because forever is about to happen here”

So inspiring is the coach’s speech to his team that it has become almost cliché. Halftime, down by a lot, exhausted and low morale, the team finds solace in the inspirational words of the calm and collected coach. Friday Night Lights is part of this cliché, but it is one of the few that gets it right.

Only gaining entry into the state final by virtue of a coin toss, the Permian Panthers and their coach Gary Gaines (Billy Bob Thornton) know they are the underdogs. But more than that, Gaines knows for many of them it will be their last game. Some may get a chance to play College Football and there might be that lucky one who goes on to play for the NFL. However, many of these boys will graduate from high school and live out the rest of their life.

In the end, it comes down to how they remember the game, “And that truth is you did everything you could. There wasn’t one more thing you could’ve done. Can you live in that moment as best you can, with clear eyes, and love in your heart, with joy in your heart? If you can do that gentlemen, then you’re perfect”. For the film, football is not about winning or losing, it is about character.