In Japanese cinema, which has never abstained from anything extreme but, on the contrary, embraced everything grotesque, both in terms of violence and sexuality, there was bound to be a plethora of shocking scenes.

Add to that some peculiar humor, some extreme techniques used to realistically present truly horrific scenes, broken taboos, and the absolute lack of regard for anything politically correct, and you have the backbone of this list.

Evidently, the effort to winnow 15 scenes from the vast plethora of shocking scenes in Japanese cinema is not an easy task. Nevertheless, with a focus on diversity, here are 15 of the greatest examples. 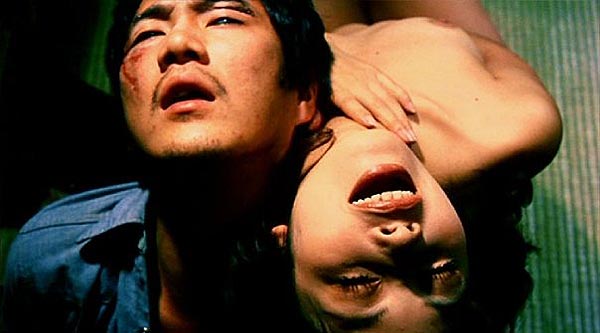 Lieutenant Kurokawa returns home as a war hero, but in horrible condition. He has no limbs, he is deaf-mute, and he has burns covering half of his face. The one thing he does not lack, though, is a sexual urge, which, after much struggle, he manages to communicate to his wife, Shigeko. Subsequently, she has no choice but to have sex with him.

Koji Wakamatsu always mixed serious themes with sex, and this particular scene is a prominent example. As he presents the horror of war through Lieutenant Kurokawa, he does not fail to stress that sexual urges never abandon humans, even in the worst of conditions. The spectacle is quite onerous, but ironic too, as it also presents the hypocrisy of Japanese society through Shigeko, who is repulsed by her husband, but is obliged to obey him according to Japanese etiquette. 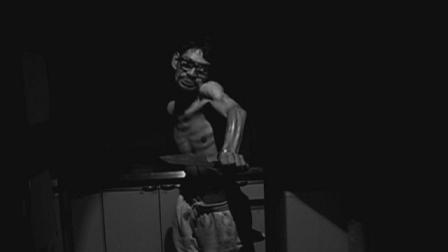 As Sumida, who suffers from cerebral palsy, begins his serial killing spree, we watch him try to poison his unsuspecting best friend, using his very limited movements.

The fact that Sumida is played by Masayuki Sumida, an actor who suffers from the same illness, injects the scene with a grotesque and shocking realism, particularly due to the desperate determination of the protagonist. The fact that he succeeds is even more shocking, and along with the lack of color, the sound and the editing of the film result in a truly onerous scene. 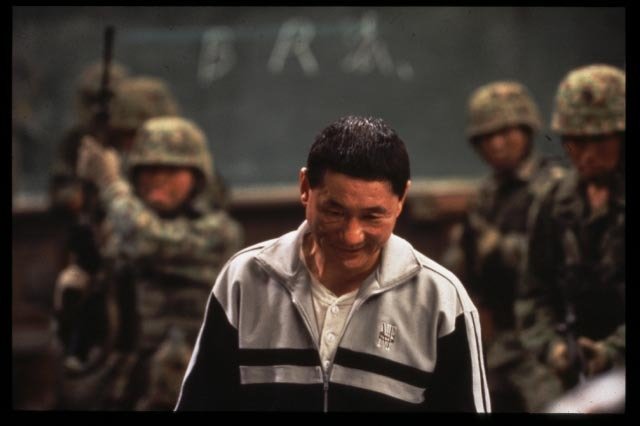 Shuya shoots Kitano after he threatens to shoot Noriko. As he lies dead, his cell phone rings. He then picks it up and when he realizes it is his daughter, he angrily rebukes her before he dies once more.

This scene is shocking in a different fashion than the other ones on this list, since it is preposterous rather than grotesque, and derives laughter rather than terror or revulsion. It is, however, a prominent example of the dark and absurd sense of humor Japanese people have, in a style that frequently appears in Kitano films.

12. The torture spectacle in Flower and Snake (Takashi Ishii, 2004) 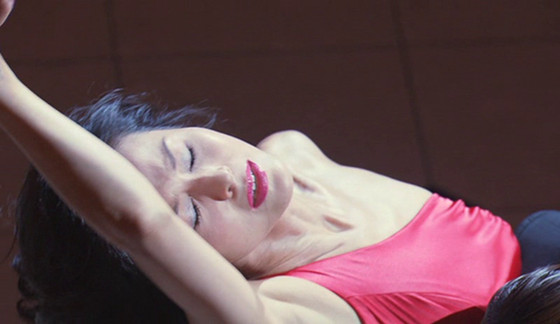 While Shizuko has fully submitted to her torturers and the fact that she has become a spectacle for Tashiro and his perverted audience, things take a turn for the even worse. As she is bound to a cross that has fallen down, the 95-year old Tashiro crawls onto her to satisfy his sexual urges.

The fact that Renji Ishibashi plays Tashiro in a truly disgusting fashion, the presence of the cross, and Shizuko’s behavior (who seemingly participates on her own free will), result in a truly blasphemous and onerous scene.

However, what shocked the audience even more than the extremity of the film is the fact that, up to that point, Aya Sugimoto was considered an idol, with a career in modeling, music, and TV.

The fact that she has spent approximately 75 percent of her screen time unclothed and participating in humiliating sexual acts was unheard of for such high-profile individuals, although it did not forbid her from being voted as the second sexiest woman in Asia. 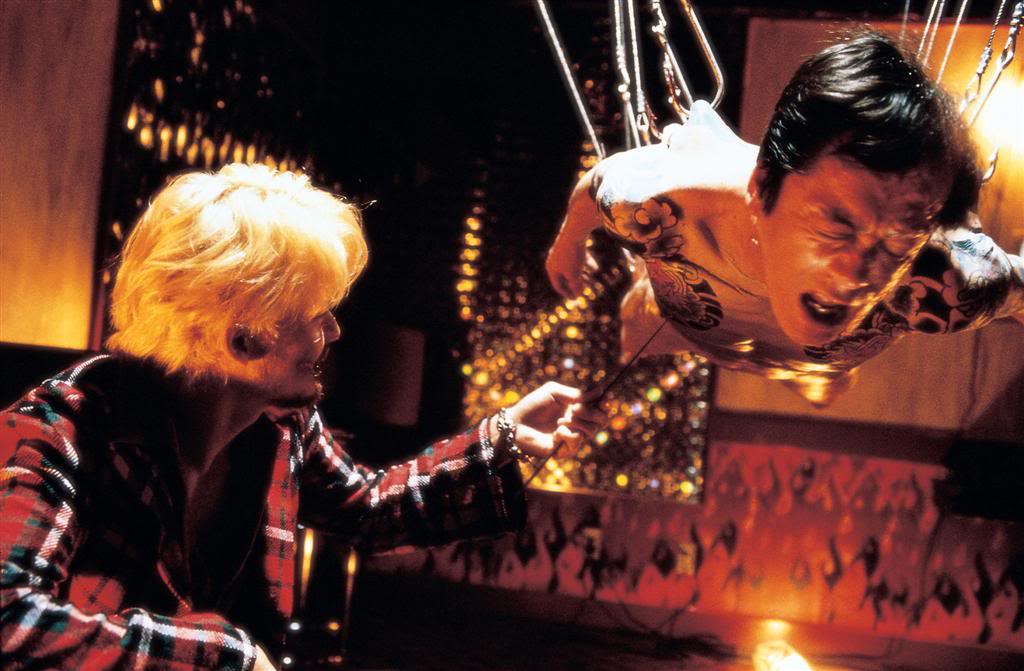 As Kakihara believes that Anjo, his boss with whom he is in love, is kidnapped by the rival Funaki clan, he kidnaps Suzuki, one of their members, and proceeds to torture him in order to learn the truth.

Kakihara is a schizophrenic, sadomasochistic misanthrope, and these onerous traits of his are exemplified in this truly grotesque sequence. Suzuki, played by one of Takashi Miike’s favorite actors, Susumu Terajima, is hanging from the ceiling by hooks that have pierced his skin, before Kakihara starts to pin needles in his face and then pour hot oil on him.

If the torture scene in “Audition” exemplified its sound, this one focuses on image, with the shock deriving from its “raw” depiction of torture, which leaves absolutely nothing to the imagination. Furthermore, the fact that Kakihara is smiling through the whole process makes the scene even more grotesque, while Tadanobu Asano, who plays him, is magnificent in portraying his character’s perversity. 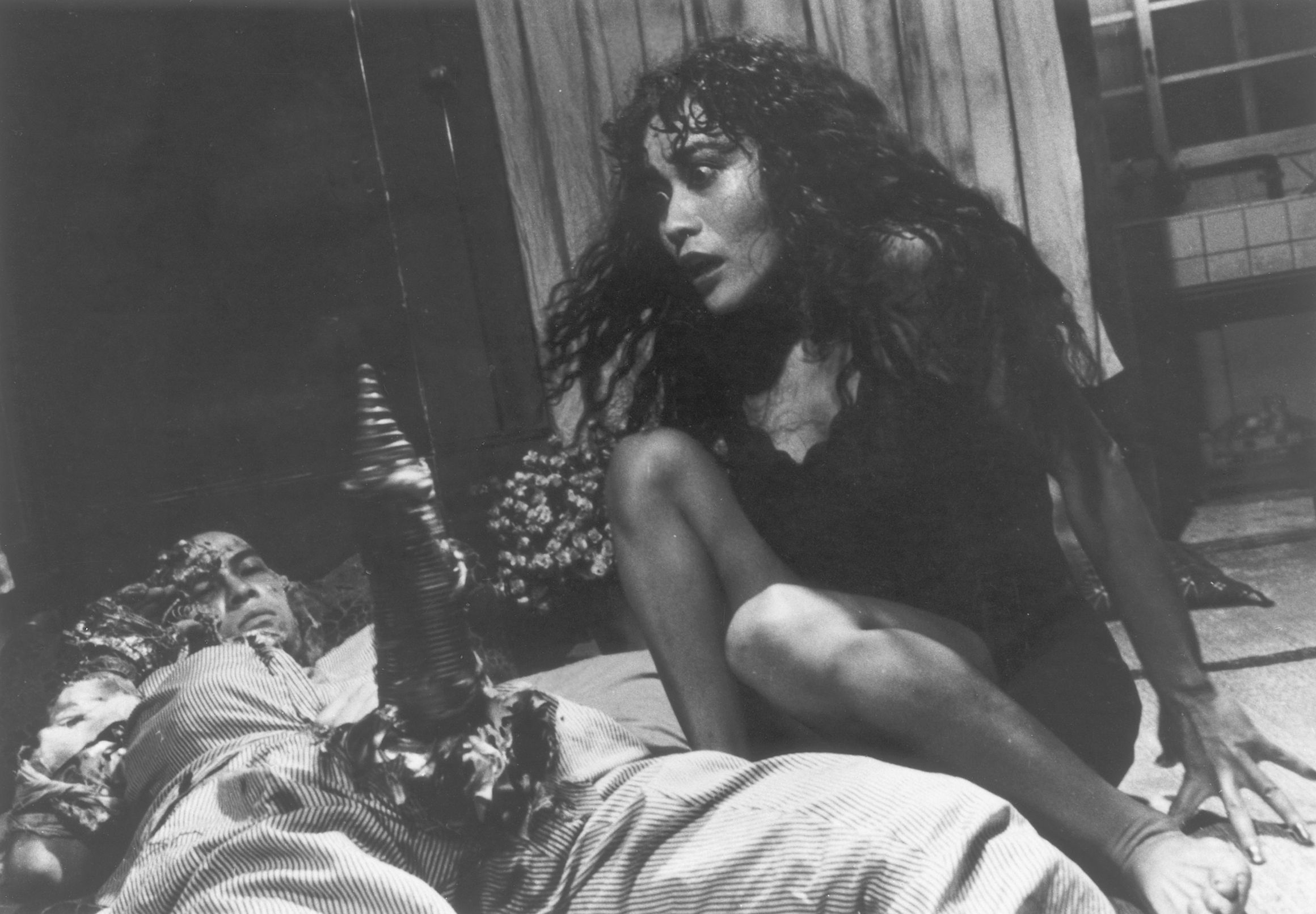 After they have sex for the first time, the Woman hears a metallic sound and she and the Man realize that his penis has turned into a huge electric drill. A fight ensues between them with him chasing her and her pouring hot oil on him and then stabbing him in the neck. After he falls down from the stabbing, she sits atop of him and a perverse sex scene initiates, which ends up with his penis-drill impaling her to death.

Tsukamoto shot the movie like a nightmarish video clip, a sense intensified by the constant noise music, the black and white film, and the restless movement of the camera. All of his aesthetics, along with the graphic depiction of extreme violence and absurd sexuality, are mirrored in this scene, probably the most grotesque in the film.

Lastly, the onerousness of the scene is even more heightened by the acting of Tomorowo Taguchi and Kei Fujiwara, who manage to elaborately portray the terror, the despair, the paranoia, and the sexual drive of their characters.

9. Gozo has sex with his wife while their daughter is watching them through a cello case in Strange Circus (Sion Sono, 2005) 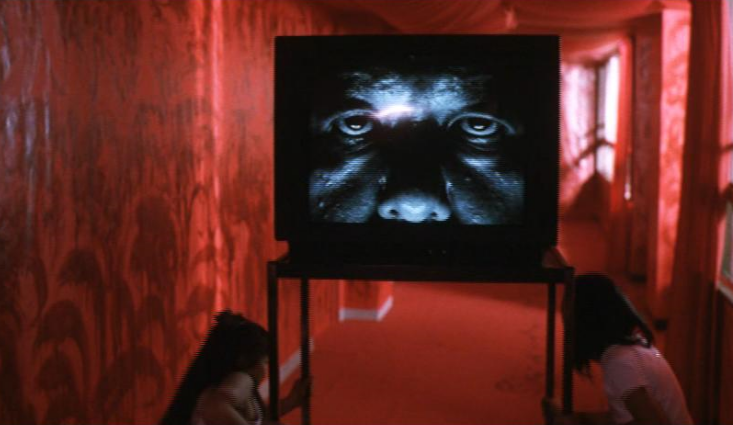 Ozawa Gozo, a school principal, has modified a cello case, opening a peephole on it and he forces his 10-year-old daughter Mitsuko to sit inside and watch him and her mother, Sayuri, have sexual intercourse. In the beginning, his spouse does not realize the purpose of the case, but when she does, she’s unable to stop her husband from having his way with her.

In one of his most perverted scenes (which says a lot for this particular filmmaker), Sion Sono breaks every taboo in the book, including the one about a mother and her constant need to protect her children. Furthermore, the reason he gives for the opposite is his sexual urge, as Sayuri cannot even act as a mother due to her need for sex.

The fact that the scene is extremely well shot, with great cinematography and impressive coloring, makes it even more shocking.