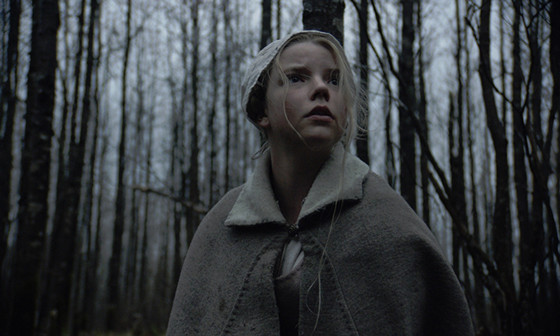 The great works of horror delve deep into the darker elements of human nature. For Lovecraft, it was the sheer magnitude of our insignificance in the face of the icy void, ‘pierced by the feeble light of half-dead stars.’

Whilst Goya’s grotesque compositions reveal a doomed inner battle between man’s reason and his madness. Since its conception, the cinema has utilised its own ways of exploring the tenebrous depths of man. Directors such as David Lynch, Wes Craven, Roman Polanski and Alfred Hitchcock have been disturbing audiences with monsters of the soul just as much as the parade of zombies, ghouls and knife-wielding maniacs.

In horror, the past is often the source of a great evil; repressed and hidden until it is unleashed, sometimes unwittingly, in a contorted, evil impression to terrorise all it can catch up with. Sometimes the past is rendered all the more literal, with a filmmaker returns to a specific point in human development in order to excavate or unearth a long buried truth within us.

Cultural trauma points, periods of war or decadence bring out the extremes in human behaviour, followed quickly by madness and destruction. The following list brings together twelve terrifying horror films that explore the dark side of their past.

Part-documentary, part-Dionysian nightmare tapestry, Benjamin Christensen’s film begins with the hypothesis that the witch hunts of the Middle Ages were brought about by psychological hysteria.

It is not long however until discussion gives way to a series of chaotic reconstructions. Satanic Sabbaths, torture chambers and possessed nuns make up a series of vignettes depicting the medieval procedures and even the superstitions themselves. So gratuitous were some of these that the film was banned in the USA for perversion.

Tying everything together through inter titles in which Christensen addresses the audience directly, dividing the line between historical study, hallucinogenic reality and outright spectral fantasy. This juxtaposition of meticulous reconstruction and fourth-wall breaking narration is not just showmanship, however, it is part of a comprehensive investigation drawing questions about the nature of science, reality and mental illness.

Charles Laughton’s only foray into directing was met with little financial or critical success when it was first released but is now considered an enduring masterpiece. A distinctly American fairytale, The Night of the Hunter was produced in a society ripe with consumerism, warning of the corrupting force of money. Set during the fallout of the great depression, a phony preacher pursues two orphans across the American south trying to get hold of the money stolen by their father and hidden in a doll.

Laughton looks back even further, blending the rustic naturalism of D.W. Griffith’s silent features with the nightmarish imagery of German Expressionism. His world is shot from the emotional point of view of the children and as such, the horror takes on an exaggerated, elemental quality.

Strangers cast monstrous shadows while the hunger and cruelty of the real world threatens them at every turn. The film’s centrepiece, a twilight river journey, renders the children isolated amongst leering, nocturnal predators. ‘It’s a hard world for little things.’

Mario Bava’s first complete film (he had directed a number of scenes from The Giant of Marathon after Jacques Tourneur abandoned the project) began life as an adaption of Nikolai Gogol’s 1865 horror story Viy but the completed film retains only a few similarities.

Beginning in 1630, a beautiful witch named Asa Vajda, alongside her lover, is condemned to death by her own brother for meddling in the dark arts. Before her gruesome death (a scene so violent, it was banned in the UK for eight years and censored in America) she places a curse on her brother, vowing revenge against his descendants.

Jack Clayton’s adaption of Henry James’s monumental gothic horror, The Turn of the Screw takes place during the 1840s in a beautiful, secluded Essex estate called Bly. Deborah Kerr plays a governess hired by a city-dwelling bachelor who has no time for the orphaned niece and nephew in his care.

The peaceful seclusion quickly gives way to deafening isolation as Kerr gradually convinces herself that not just the house, but the children themselves are haunted by the ghosts of their previous governess and her lover. An eerie, distilled script by Truman Capote is complimented by the elegant production design, weaving symbolism and sombre decay into the gothic mansion and its grounds.

A unique, almost electric soundscape and white-hot chiaroscuro visuals (shot by Freddie Francis) create a dizzyingly unsettling atmosphere, reliant far more on suggestion and a shadowy figure half-glimpsed through a bleached sun than the ghoulish effects of much contemporary horror.

The period setting isn’t simply for show, however, The Innocents pits two common Victorian themes against each other: the child as the embodiment of innocence and the corrupting hysteria associated with the original sin.

Director Kaneto Shindo’s second dip into period horror is as equally brutal and filled with elemental menace as its predecessor, the better known Onibaba (1964). The two films share more distinctive traits, such as reference to historical figures, a rich helping of Japanese folklore and silky black and white landscapes.

The film begins with the rape and murder of two peasant women by wandering samurai; those women subsequently return as demonic spirits, determined to wreak havoc on any soldier who can be lured into their snare. Things change, however, when Hachi, husband and son of the women, returns an unlikely war hero ordered to vanquish the grove ghosts.

Shindo finds in the Sengoku period an apt parallel for the turmoil unfolding across Japan in the decades after the war; a prolonged series of violent clashes between rivaling clans corrupts the very core of the country’s nature. A melancholic foreboding, led by the ominous black cat of the title, blankets the film as inner conflicts rage within each character and the dynamic between predator and prey shifts.

F.W. Murnau’s silent classic brought the Dracula setting forward to 1922, the time of its production. Werner Herzog’s remake (shot in a matter of days at the end of production for Stroszek ) moves it back to the time of Stoker’s novel. Klaus Kinski brilliantly inhabits the role, renamed Dracula after the original made alterations in an (unsuccessful) attempt to avoid copyright complications, with a phantom-like half-life.

The wonderfully eerie opening featuring the Mummies of Guanajuato, victims of the 1833 cholera outbreak in Mexico, sets the tone for gaunt, yet strangely wry, rumination on human experience beyond life.

The narrative frequently departs from both the novel and Murnau’s version whilst Herzog makes an unsettling dreamlike atmosphere all his own by combining gothic minimalism with abstract performances from Kinski, Isabelle Adjani and Bruno Ganz: a remake that is at once equal parts tribute and original vision.