Winning an Academy Award is for many actors, one of the largest forms of recognition, and a career boost as well. Statistics show that having an Oscar to your name as an actor, shows an increase in payment and movie offers.

After winning an Oscar an actor can go from one great movie to the next and deliver one great performance after another. But that is not always the case. Sometimes, an actor makes a choice about a movie that leaves audiences and fans scratching their heads over what the actor was thinking.

Once in a while, an actor, who otherwise has proven his talent and been awarded for it, choses to star in a movie so below his talent that it is hard to understand why. The reasons can range from, money, to thinking that the film looks promising, to simply wanting to play the role. Never the less, those choices are sometimes made, and all the audience can do is sigh and criticise.

The following list contains 10 bad movies, featuring one or more Academy Award winning actors, but to keep it fair, the actors have to appear in said movies after they have won one or more Oscars. 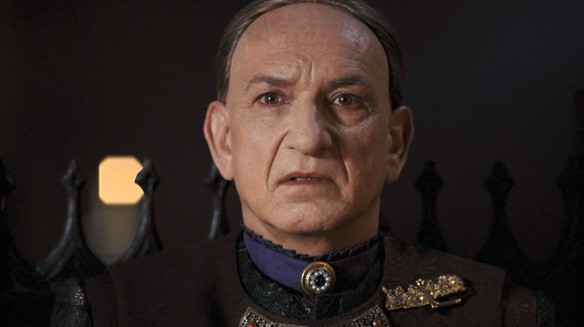 Of the many bad movie directors of today, Uwe Boll has oftentimes been described as the worst. Of all his movies, the highest rated has a 25% on RottenTomatoes (Assault On Wall Street (2013)), and the movie with the most talented cast has to be BloodRayne (2005). Based on the popular videogame of the same name, BloodRayne’s cast features quite a few talented actors, including Michael Madsen, Billy Zane, Michelle Rodriguez, and of course Sir Ben Kingsley.

The movie centres on the character Rayne, a human-vampire hybrid, who is searching for the evil Vampire King Kagan (Kingsley), who allegedly raped and killed Rayne’s mother. As with every other Uwe Boll movie, the production value is practically non-existing, with most of the budget clearly being spent on the actors. The movie was universally panned, with critics taking issues with everything from the acting, to the set design, to the downright ridiculous characters.

In regards to Ben Kingsley, this is probably the worst movie he has ever featured in (which is saying a lot, considering he has also been in A Sound of Thunder (2005)). However, Kingsley’s appearance in the movie is relatively minimal, he has a handful of scenes that are barely over a minute long each, probably because he was too expensive, which is why the movie is ranked relatively low on this list.

One can wonder, how the man who won an Oscar for his portrayal of Ghandi, and was nominated an additional three times, could appear in such a bad movie. Reportedly, when asked about it, Kingsley simply answered that he ‘always wanted to play a vampire’ . 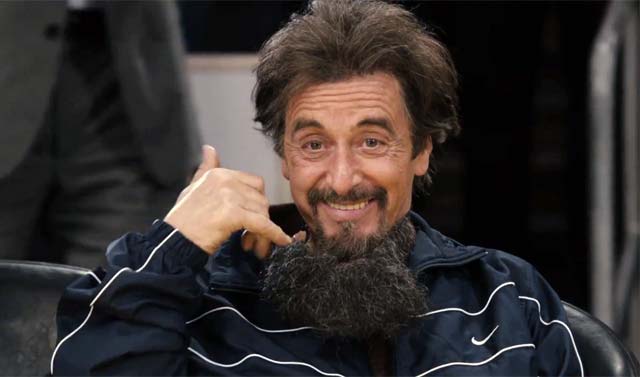 Of all the notoriously bad Adam Sandler comedies (which is most of them), Jack and Jill is said to be the worst. The movie follows the advertising executive Jack Sadelstein (Sandler) who is visited by his twin sister Jill (also play by Sandler), and features one of the most unrealistic and unconvincing ‘love-stories’ between Al Pacino (played by Al Pacino) and one of Sandler’s characters.

Unsurprisingly, the movie is awful. It is hated by audiences and critics alike (yet it made way too much money), with people taking issue with the entire movie relying on the fact that Sandler is dressed as a woman. The characters are either obnoxious or bland, the fact that Pacino’s character would find Sandler in drag attractive is just ridiculous, and the movie commits the worst crime a comedy can commit: it is not funny.

The movie does not have any redeeming quality, apart from one… Al Pacino. It is difficult to understand how Al Pacino, the Al Pacino, the man from The Godfather Part II, Scarface, and Dog Day Afternoon, could think it would be a good idea to be in an Adam Sandler comedy.

Pacino won an Oscar in 1992 and was nominated an additional seven times in the years before, and he has been described as one of the best actors of his generation, and yet he decided to appear alongside two Sandlers.

Ironically, Pacino’s performance is the only good thing about this movie. He brought a passion to that role that no one really expected, and actually it was one of his most acclaimed performances in some time, but it was not enough to save the movie. 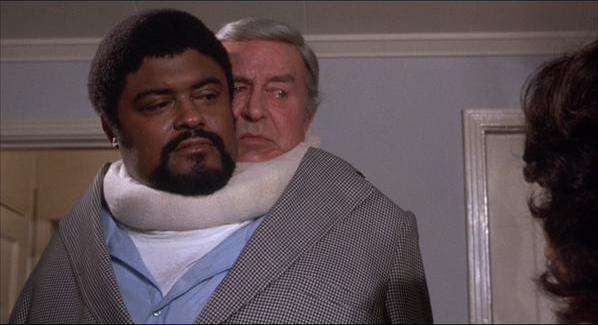 The Thing with Two Heads stars Ray Milland as Maxwell Kirshner, a rich, racist, evil scientist who is dying from a decease. He is set on transplanting his head onto a new body, but rapid deterioration of his health, forces him to do the transplant onto the only available subject: a black man who has been sentenced to death.

However, things goes wrong, and they end up two heads on one body, and hi-jinks ensues. The movie is mostly terrible, but to be fair, it is enjoyably terrible. The plot is over the top, as is the characters, the action is even more over the top and the effects are terrible.

Ray Milland was honoured with an Academy Award for his performance in The Lost Weekend (1945), and he turned in some great performances in the Hitchcock’s Dial M for Murder (1954), Reap the Wild Wind (1942), and several others. It is kind of ironic that he won an Oscar for portraying an alcoholic, when he would have to be drunk in order to accept this role. The Thing with Two Heads is a fun B-movie, but B-movies and Oscar winning actors just do not mix. 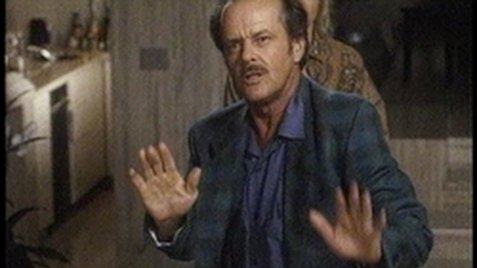 Man Trouble is the result of the fifth collaboration between Jack Nicholson and Bob Rafelson, the same two people who brought us the brilliant Five Easy Pieces (1970) and the fairly good The King of Marvin Gardens (1972), and it is by far the worst result of said collaboration. The lazy romantic comedy stars Nicholson as Harry Bliss, a guard dog trainer who is hired by Joan Spruance (Ellen Barkin) to protect her from a stalker.

For the most part, the movie just fails at what it is supposed to be. The comedic parts are not funny, the romantic parts are not believable, and the overall story makes little sense. The movie was panned by critics (it holds a 7% on RottenTomatoes, the lowest rated credit for both Nicholson and Rafelson), and it was criticised for everything from its acting to its directing, and even the two great leading actors have little to no chemistry.

Jack Nicolson is one of the most beloved actors of the past forty years. He has won an Academy Award thrice (One Flew Over the Cuckoo’s Nest (1975), Terms of Endearment (1983), As Good as It Gets (1997)) and he has been nominated an additional nine times.

He almost always delivers a solid performance, even in his bad movies he is usually good (e.g. Heartburn (1986)) but for some reason, even he is bad in Man Trouble. His acting was heavily criticised for being lazy (on a par with the rest of the movie), and he was even nominated for a Golden Raspberry Award. 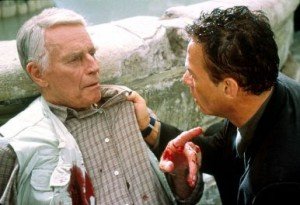 Spot the odd one out: Ben-Hur (1959), Planet of the Apes (1968), Touch of Evil (1958), and The Order (2001). Here is a hint: one is one of the best adventure-epics of all time, one is one of the most iconic science fiction movies of all time, one is one of Orson Welles’s best movies, and one is a terrible Jean-Claude Van Damme action movie. The movie stars Van Damme as Rudy Cafmeyer, whose father, an archaeologist, goes missing on a trip to Israel, and Rudy sets out to find him.

The movie is less than a mindless action movie, with terrible writing, unimpressive action, bland and one-dimensional characters, and phoned in performances. The critics hated the movie, it holds 0% at RottenTomatoes, and criticised it heavily for everything involved.

The late, great, Charlton Heston is one of the most celebrated and most successful actors of his generation. He won an Academy Award in 1960, and he starred in some of the best movies of the late fifties and early sixties. It is incomprehensible how one goes from a leading role in Ben-Hur to a feature role in The Order, and unfortunately, this was one of the last movies he featured in.