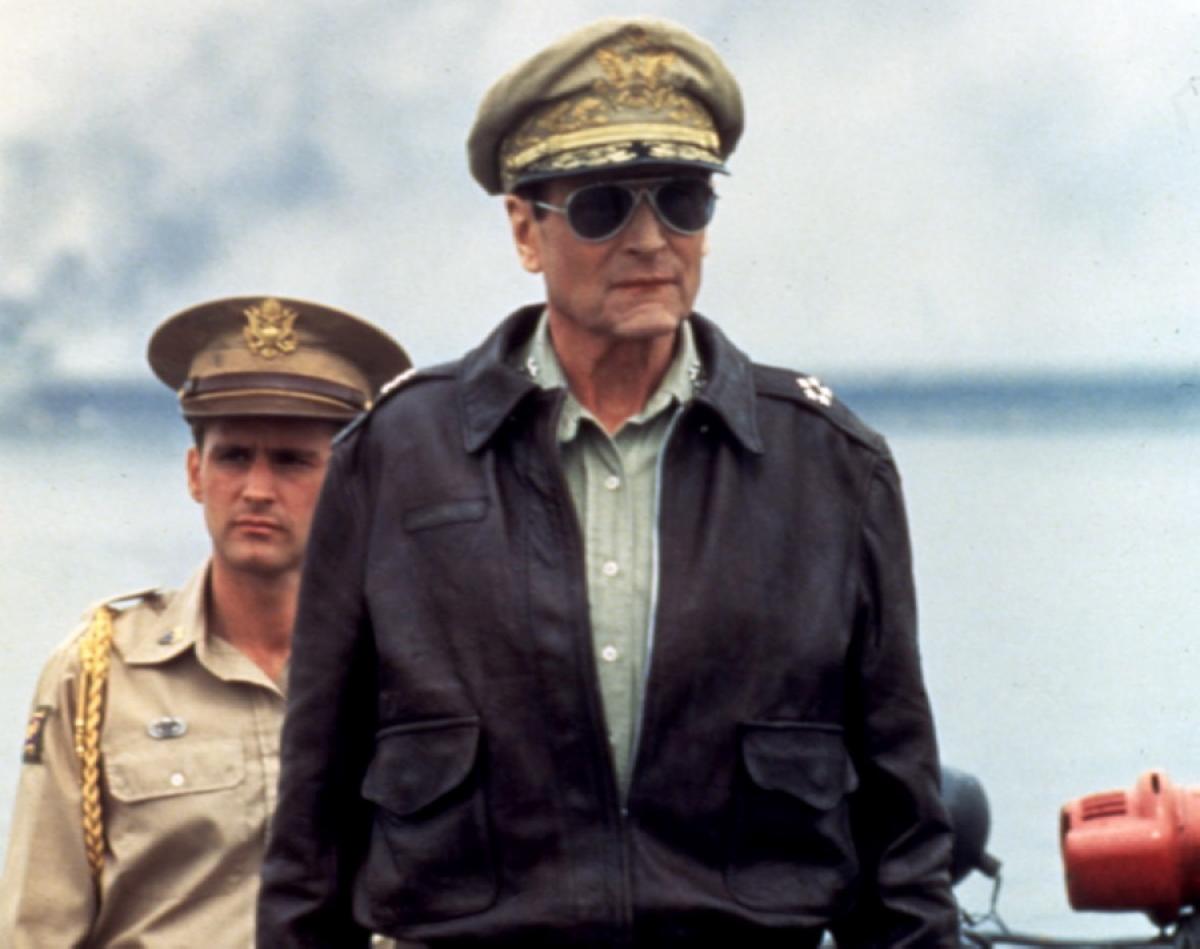 Apart from being the greatest box-office bomb of the 1980s, and a horrible misrepresentation of a real battle, this movie was the official low point in Laurence Olivier’s acting career. The movies depicts the Battle of Inchon during the Korean War (September 15–19, 1950) and it follows General Douglas MacArthur (Laurence Olivier), who led the US surprise amphibious landing at Incheon.

The movie is one of the greatest box-office bombs of all time (earning $5.2 million on a budget of $46 million), and it was universally panned by critics, many of whom, at the time, declared it to be one of the worst movies ever made. Later reviews, however, have been slightly less harsh, calling it ‘dull and forgettable’ or ‘unintentionally laughable’, but regardless, the movie is still considered terrible.

Laurence Olivier has oftentimes been described as one of the greatest actors of the mid-20th century. He won an Academy Award in 1949 for his role in Hamlet (for which he was also nominated for best director), he won two honorary awards (one in ’47 and one in ’79) and he was nominated an additional ten times, for movies like The Boys from Brazil (1978), Rebecca (1940), and Othello (1965).

Apart from its terrible reception, the movie won four Golden Raspberry Awards, even one for worst actor (Oliver), so clearly he did not use any of his acting talent in this movie, and one can wonder why he even agreed to star in this movie to begin with. Terry Coleman (the author of Oliver’s biography) called the film “probably the worst he ever made and one of the best paid”, and reportedly, he admitted that he only did the movie for the money. 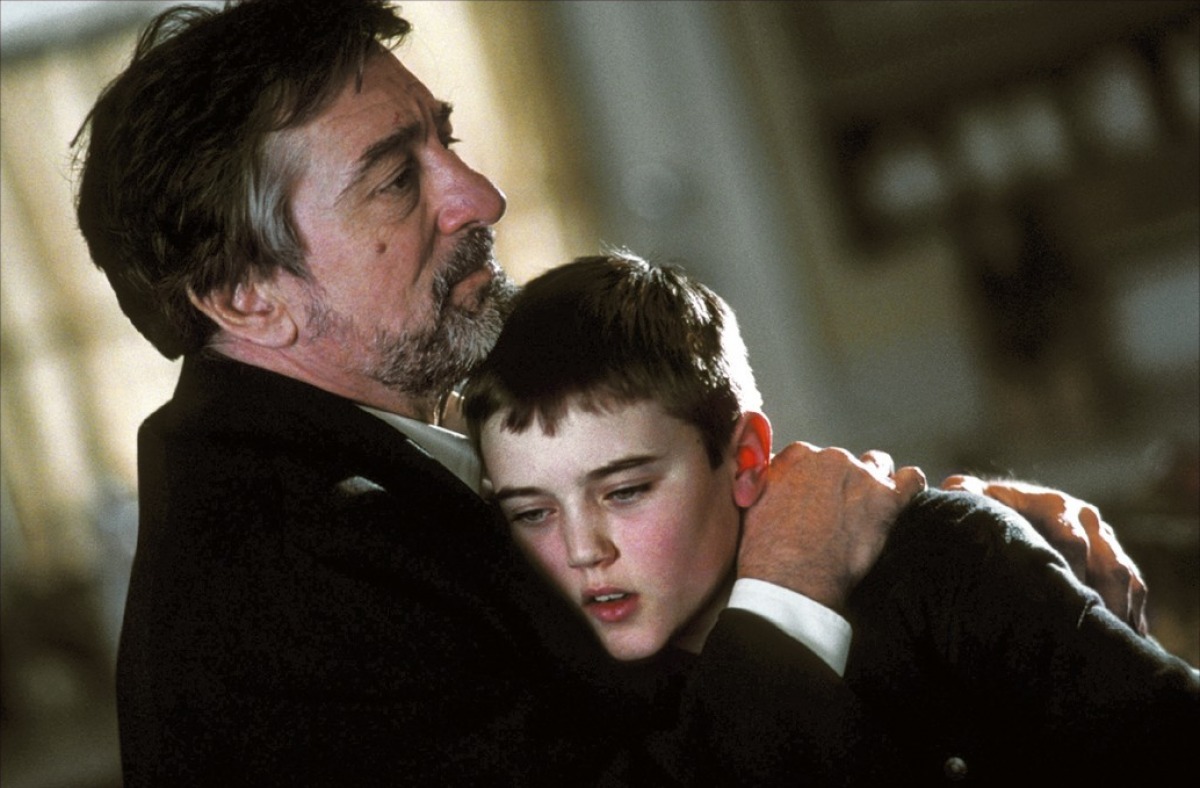 Recently, Robert De Niro has developed a habit of choosing bad films. He is usually still a good actor, but the choice of movies is questionable. The worst of those movies has to be the 2004 ‘thriller’ Godsend. The movie stars Greg Kinnear and Rebecca Romijn as a couple who has lost their son, and they are approached by Dr. Richard Wells (De Niro), who offers to create a clone of their son.

Even if you ignore the laughable way the movie handles “science”, it is ridicules. The plot makes little to no sense, the dialog is terrible, it is way too predictable, and it falls victim to most of the clichés of a standard generic thriller.

The critics panned the movie, calling it an embarrassment on De Niro’s resume, and it received mainly negative reviews, with both critics and audiences finding barely any redeemable qualities about it. Even at the box-office the movie performed poorly, where it barely broke even.

Robert De Niro has been hailed as one of the greatest actors of his generation. He has starred in most of the best Scorsese movies. He has won two academy awards for his roles in The Godfather Part II (1974) and Raging Bull (1980), and he has been nominated an additional five times.

In this movie, De Niro is easily the best thing about it, despite the fact that it is not a particularly good performance. The movie fails to utilise his talent (and the talent of most of the other actors for that matter), and generally, it is simply a waste of talent.

The 2010 version is one of the worst recent movies based on the classical tale of Robin Hood, but unlike the rest of them, this one features no less than three Academy Award winning actors. The movie follows Robin Longstride (Russell Crowe), an archer in the army of King Richard the Lionheart, who, after the king is slain, deserts, tries to battle the oppressing forces in a local village and lead an uprising against the crown.

The movie was a commercial success, but not exactly a critical darling, earning lukewarm to poor reviews. The critics mostly found issues with the movies tone.

Usually, the Robin Hood stories are adventurous, joyful, and exiting, where the 2010 version was dark, gritty, and depressing, which could have worked under the right circumstances, but it just came of as a ‘post Dark Knight’ movie, where everything had to be dark and gritty. Furthermore, the movie lacks depth and character development, which is replaced with action scenes, and sub-plots.

Cate Blanchett won two Academy Awards, in 2005 and 2014 respectively, and she has been nominated an additional five times. All three are quite good actors, and all three have found their way to the same bad movie. The talent of the actors is the best thing about the movie, and for the most part, the performances are quite good, but it is not enough to save the movie. 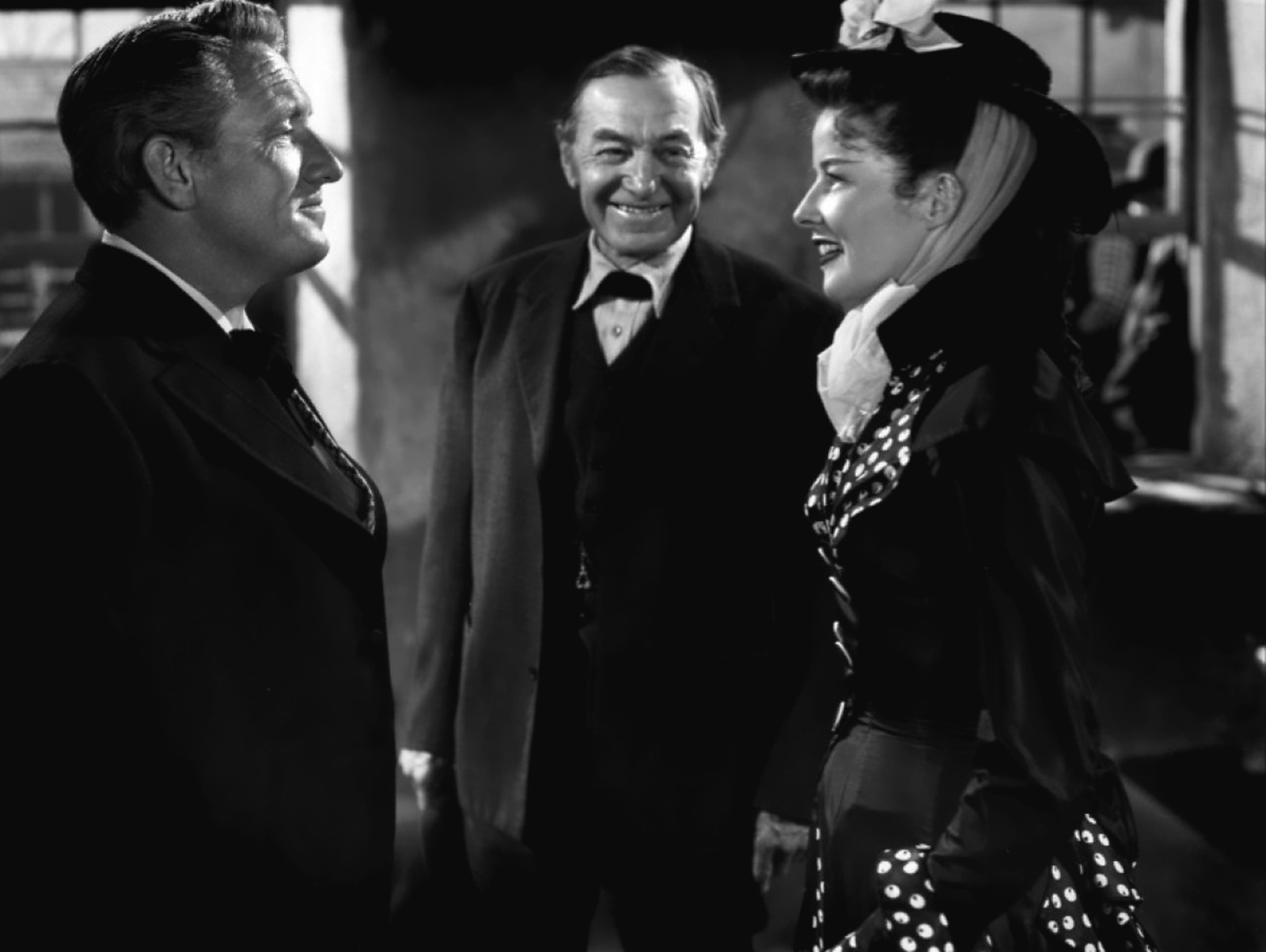 To be fair, The Sea of Grass is probably the best movie on this list, but it is ranked relatively high because of the colossal waste of acting talent in it. The movie follows a married couple, cattle baron Colonel James Brewton (Tracy) and his wife Lutie (Hepburn), who eventually leaves him after she falls in love with another man.

Over the years Katharine Hepburn and Spencer Tracy worked together in no less than nine movies, and The Sea of Grass is undoubtedly the worst of those, although it was one of the most commercially successful.

The movie was criticised for being boring and without anything to draw the viewer in. Apart from that, the very talented actors seem to be wasted completely on this unimaginative “western”, which is more dialog driven, than action driven, and that should not be a bad thing, but the dialog is so bland that the viewer do not care about it.

Katharine Hepburn has been described as the best actress of all time. Among all actresses and actors she is the one with most Academy Awards to her name, four to be specific (1933, 1968, 1969, and 1982) and she was nominated an additional eight times. Spencer Tracy does also have an impressive resume, although not quite as impressive as Hepburn’s.

He won two Academy Awards, in 1938 and 1939 respectively, and he was nominated an additional seven times. Both the actors were way too talented to be in this movie, and it is clear that the director did not know how to utilise their talent properly.

The Wicker Man is one of the most beloved ‘so bad it’s good’ movies, and it is one of the best instances of overacting from Nicolas Cage’s part. The movie follows Edward Malus (cage), a sheriff who travels to a small island in search for a little girl. The island seem to be primarily run by women, and soon he realises that something is horribly wrong…

The Wicker Man is a remake of the 1973 horror classic of the same name, and it is probably one of the only remakes that is more famous than the movie it is based on, but not because it is better. The movie was criticised for having a mostly nonsensical plot, terrible characters, and even worse dialog. In some instances it has even been described as ‘a movie that somehow gets everything completely wrong’, and in many aspects, it does.

Now at day, it can be hard to remember that Nicolas Cage actually has an Academy Award to his name, but he does. He won the award in 1996 for his role in Leaving Las Vegas, and he was nominated for his role in Adaptation. Apart from that, he turned in some great performances in movies like Family Man and Raising Arizona, he then began picking terrible movies, and giving terrible performances in said movies (apart from Kick-Ass, good movie with a good performance).

Ellen Burstyn won an Academy Award in 1975 for her role in Alice Doesn’t Live Here Anymore, and she has been nominated an additional five times, for her roles in The Exorcist and Requiem for a Dream, among others.

As mentioned, this movie is beloved for being so bad it is funny, but for that reason Burstyn is largely forgotten. What makes the movie enjoyable is for the most Cage’s overacting, and the more sane performance by Burstyn is largely overshadowed by Cage.