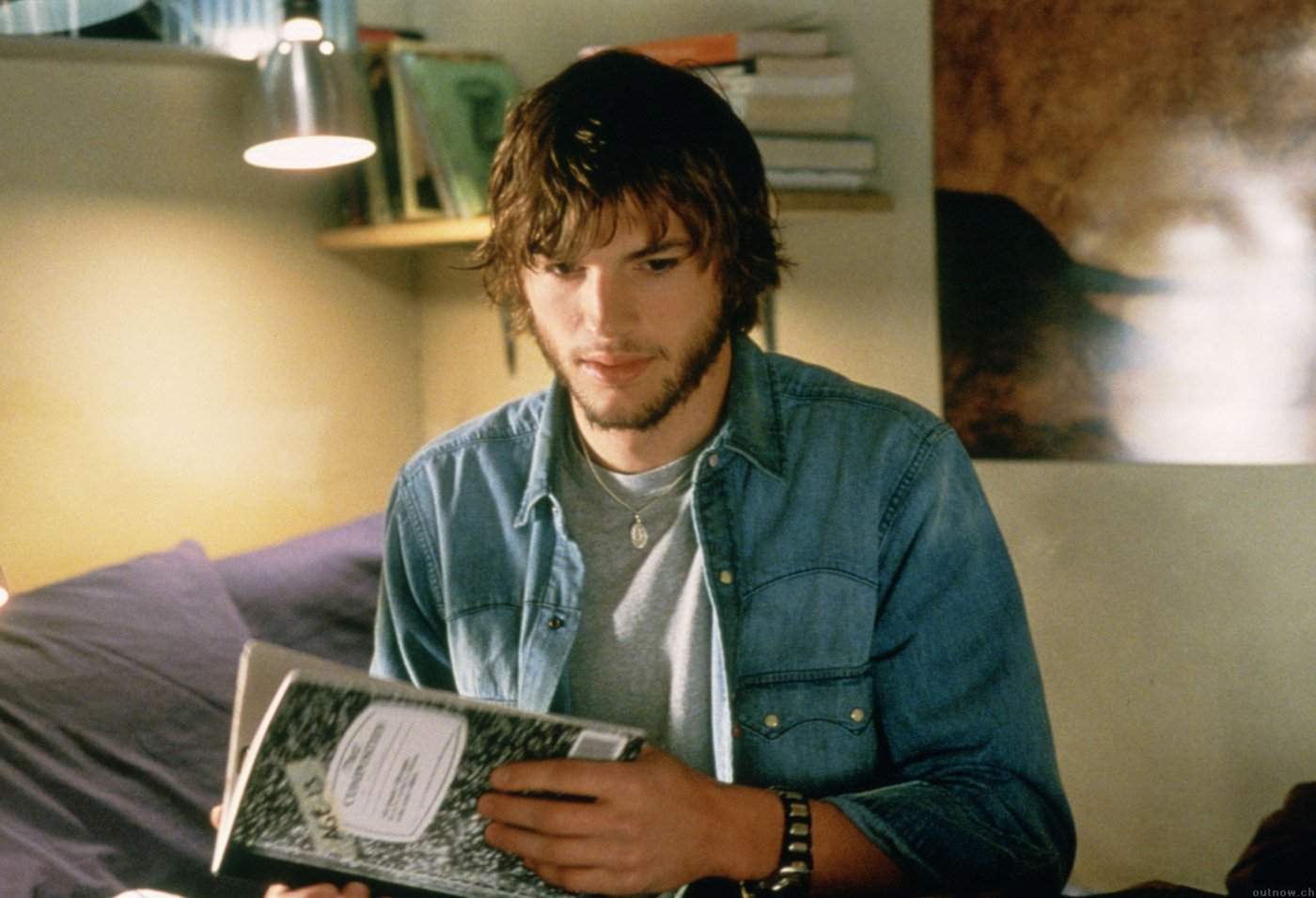 Here is a list of the 10 worst movie twist endings. 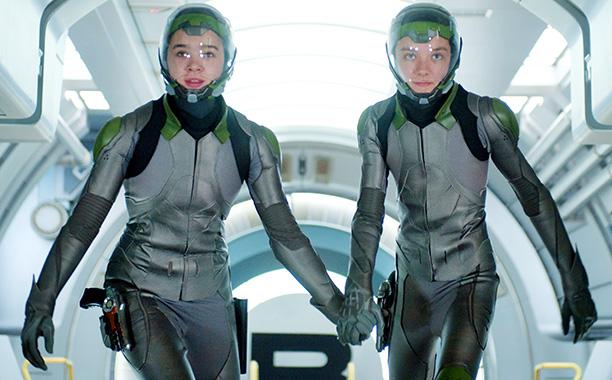 What is the movie about: An alien race known as the Formics have attacked Earth and killed millions of people. Humanity responds by creating a battle school where they train young children in the art of war. Cadet Ender rises through the ranks quickly thanks to his amazing strategy skills. The cadets train using ‘mind games’ which are simulated war scenarios in a virtual reality. For Ender’s graduation exam, he has to defeat a seemingly insurmountable number of Formics in the simulation.

What is the twist: The end battle in which Ender has to defeat millions of simulated Formics isn’t actually a simulation. All of his decisions and alien/human deaths are happening in reality. He wins the battle and is furious that he will be remembered as the destroyer of an entire race. He storms off and accidentally stumbles on a dying Formic Queen.

She gives him one of her eggs, saying that the Formics regret their decision to attack Earth and had been attempting to end the war for years. Ender takes the egg to a new planet to allow the Formics to rebuild their race and colonize in peace.

Why is it the worst: If the movie had chosen just one twist ending rather than two, then it might not have bombed so badly at the box office. Either Ender is tricked into destroying all the aliens through a simulation and he’s a reluctant hero, or he ends the war through peaceful means and the two species live in happy co-habitation with the aliens colonizing their own planet. Having both is a bizarre story choice. It’s a double lame twist ending.

Also, who in their right mind would believe that the Formics regretted attacking Earth just because they said so. Having a death toll that’s in the millions doesn’t exactly make them a trustworthy source of information. Wouldn’t it be more likely that they were lying to emotionally manipulate Ender into preventing their extinction. But no, the film expects the audience to take the Formics at face value and be pleased when they are rescued, even though they just sat through two hours of Formic hating rhetoric. 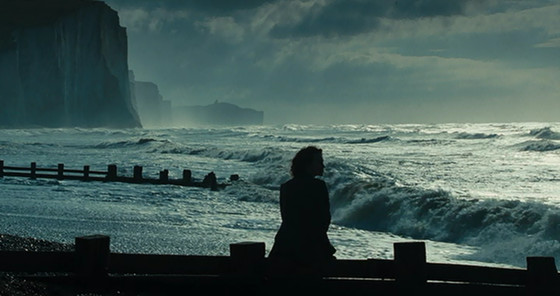 What is the movie about: A young girl name Briony Tallis belongs to a wealthy English family and has a crush on Robbie, the son of a servant working at her family’s mansion. She discovers that Robbie has romantic feelings for her older sister Celia when he asks her to deliver a love letter for him.

Later on, Briony sees a man running away in the gardens and stumbles on Lola who has been sexually assaulted. Lola is convinced that Robbie is the culprit which Briony corroborates even though she knows it isn’t true. Robbie goes to jail for four years and is forced to join the army upon his release. Shortly before his deployment Celia approaches him revealing that she never believed the charges against him and they get married.

What is the twist: Turns out Celia and Robbie never actually got their happy ending. At the end of the movie, it’s revealed that Briony is a successful author and Atonment is her autobiography. Now on her death bed she admits that Robbie and Celia never saw each other again, she made that part up in her book. Robbie died at Dunkirk during WW2 and Celia died a few months later from a bombing raid.

Why is it the worst: It’s a fairly odd writing choice to have a romantic movie end with neither of the romantic leads getting together and killing both of them within months of each other. Even Romeo and Juliet got to have one night with each other before everything went belly up. It renders the second half of the movie completely pointless.

Something made worse by the fact that Briony was never punished for her deception. She allowed a rapist to go free and became a popular writer off the backs of the two people she had completely betrayed. She states that she reunited them in her story in the hopes they could get the happy ending they always deserved. Something she could have accomplished in reality by recanting her story and getting Robbie out of prison years ago.

What is the movie about: Astronaut Leo Davidson works with primates who are trained for space missions. During one of these missions his chimp, Pericles, is dragged through a vortex. Against orders, Leo rushes after his chimp buddy and ends up crash landing on an alien planet. Leo discovers that it is the year 5021 and he is miles away from home.

Oh and that the world he is on is under the control of an evil ape dictator called Thade, where humans are slaves and chimps are the ruling species. Leo corrals the help of some ‘nice’ chimps to try and make it back to his ship to go home.

What is the twist: Leo finally manages to beat Thade and fix up his ship. He pilots it back through the time vortex and crash lands on Earth in front of the Lincoln memorial. He walks up the steps only to be met by an Abraham Chimpon statue instead. Thade had replaced the Lincoln memorial with himself. A whole bunch of police, firefighters and news reporters all descend on Leo, only for him to realise that they are all chimps.

Why is it the worst: How would it be remotely possible for changes made thousands of years in the future to change past events that have already occurred? No explanation is given as to how Lincoln is replaced with a statue of Thade.

Did Thade chase Leo through the time vortex and crash land during the civil war? Did Thade free his chimp brothers and reduce the entire human race to slaves centuries ago? Is that why there are chimps everywhere? Who knows? Not the writers and certainly not the audience. Leo should have jumped back to only a few minutes after he’d left his timeline at the beginning of the film. Nothing should have changed what so ever.

It’s either an incomplete ending that needed an extra couple minutes of explanation or the writers decided to ignore every single rule and principle about time travel and just make stuff up to try and shock the audience with a last minute, nonsensical plot twist. 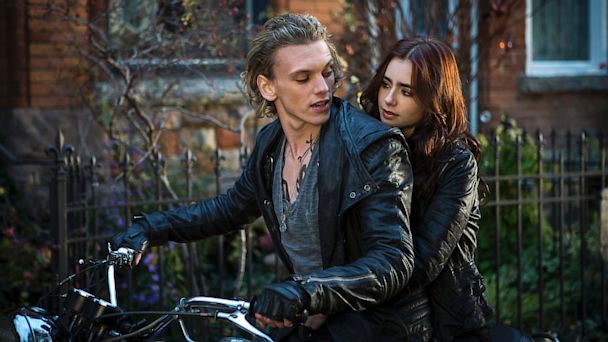 What is the movie about: On Clary Fray’s 18th birthday, her mother tells her that she belongs to a secret organization called shadow hunters, who protect the world from vampires, werewolves and other things that go bump in the night. Her mother is kidnapped by a man named Valentine who is desperate to get hold of a magical artefact called the Mortal Cup.

Clary meets up with fellow shadow hunters Jace, Isabelle and Alec and together they attempt to rescue her mother and prevent the Cup from falling into the wrong hands. Clary and Jace fall for one another and despite their best efforts, Valentine manages to get hold of the Cup in the end.

What is the twist: After Valentine seizes the Cup, he reveals that not only is Clary is his daughter, but Jace is his son as well, making Clary and Jace brother and sister.

Why is it the worst: There have been a lot of criticisms levelled at YA movies, but deliberately writing a story in which the villain reveals that the two romantic leads are actually related, seems needlessly gross and a bit strange. It also begs the question, who thought that was a good twist ending? City of Bones was supposed to be the beginning of a huge franchise like The Hunger Games or Divergent, but it barely managed to scrap back its budget.

Probably because it’s kind of hard for fans to root for the main couple to fall in love with each other, if that love also entails incest. It’s a plot move that seems incredibly out of place in a world that possesses vampires, werewolves and shadow hunters with absolutely no hints that this was the direction the story was moving in.

Apparently it was supposed to be ‘shockingly’ revealed in the sequel that Jace and Clary aren’t related and that Valentine was just messing with them. That might work in the books, but it doesn’t work on film. A large percentage of the audience won’t have read the books. They will have be grossed out and confused by the ending and promptly will have told all of their friends not to waste their money on cinema tickets.

This makes City of Bones one of the few movies to have actually shot itself in the foot, and profit margins, with its own stupid twist ending. 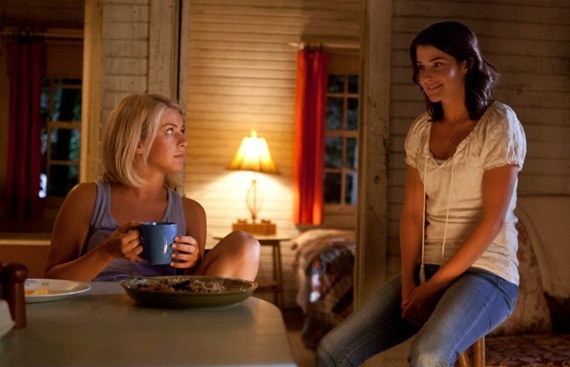 What is the movie about: Katie Feldman flees from her abusive husband who is taking advantage of his job in law enforcement to stalk her. She moves into a cabin in a small town in South Carolina and becomes good friends with local resident Jo. Katie, with Jo’s encouragement, slowly starts to fall for Alex Wheatley, the owner of the local shop and father of two children. Katie’s husband shows up in town and attempts to murder her by setting Alex’s house on fire with her inside.

What is the twist: Katie is saved thanks to a warning from Jo, who as it turns out is actually a ghost and the deceased wife of Alex.

Why is it the worst: This would have been a perfectly reasonable twist ending if the movie had given even the slightest inclination that Jo wasn’t who she appeared to be. But considering there is no subtle hinting or any clues given that Jo is anything other than an ordinary woman, the supernatural reveal comes off as more than a little left field.

There are multiple moments in the movie where Katie is walking through the middle of town talking to Jo and no one around her bats an eyelid. Clearly talking to yourself, waiting for a moment and then responding to an invisible person is completely acceptable behaviour in South Carolina.

Another problem with the last minute reveal is that Katie has been inside Alex’s house on multiple occasions, including his bedroom. The movie honestly expects the audience to believe that there isn’t a single photograph of his wife up anywhere in his house, not in the kids bedrooms or even a family portrait in the living room. It’s also a little creepy that Jo has returned from the grave for the sole purpose of vetting her widowed husband’s new girlfriend.