How did they die: Jean Grey sacrificed herself at the end of X2 to save the lives of her teammates, by using her telekinetic powers to protect the X-Jet from a torrent of water coming from a broken dam. She lifts the Jet clear of the water before she finally succumbs to the intense water pressure and is either crushed to death or drowns.

How did they come back: She randomly appears to her boyfriend Scott Summers at the scene of her death from the previous movie.

Why is it ridiculous: The only justification given for Jean’s return is that she possesses a powerful alter ego called the Phoenix, which was freed after her sacrifice. This apparently has granted her the power of either immortality or water absorption, the movie was unclear. Most of her actions throughout the movie seem to have no motivation.

The first thing she does upon returning to the land of the living is to disintegrate her long time boyfriend. Tough breakup. Then she disintegrates a whole bunch of people, before finally attempting to disintegrate the whole world. During the all of this the writers don’t even bother to explain why the Phoenix would even need Jean Grey at this point.

This is a being so powerful that it can lift the Golden Gate bridge just to create a quick shortcut and is strong enough to disintegrate the world, surely it could whip itself up a custom made body no problem.

How did they die: The Professor was disintegrated to death by one of his old students Jean Grey.

How did they come back; Not even the slightest idea.

Why is it ridiculous: The next time Professor Xavier is seen on screen is descending from the X-Jet in his bad ass hover wheelchair during the opening events of Days of Future Past. Not a single character is surprised to see him alive and well, and clearly no one on the writing staff was in a hurry to explain it either. The post credits scene in X Men 3: The Last Stand shows Moria MacTaggart caring for a coma patient who starts to talk to her with Xavier’s voice.

It’s heavily implied that Xavier used his telepathic abilities to jump himself into a new body. This story development was completely ignored by Bryan Singer’s screenplay as was the rest of Brent Ratner’s run with the X-Crew. In fact Days of Future Past largely served as a slightly passive aggressive way to erase Last Stand from X-Men continuity entirely. Not that anyone is complaining. 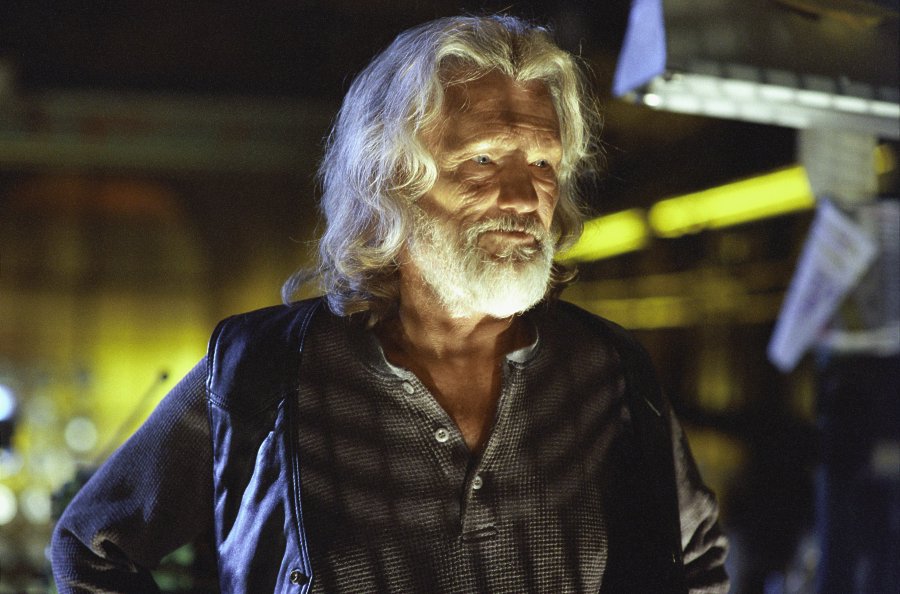 How did they die; Self inflicted gunshot wound to the head. Whistler was infected by vampires and decided to kill himself rather than turn.

How did they come back: It’s revealed in Blade 2 that evil vampire extraordinaire Eli Damaskinos has kidnapped Whistler and is forcing him to work for the forces of evil.

Why is it ridiculous: Granted, Whistler’s death actually occurs off screen as Blade exits the building, but the shot rings out a couple of seconds after Blade walks off and he is still well within earshot. Damaskinos would need to have the foresight to know who was important to Blade and know the exact moment to intervene in order to blackmail Blade into working for him in the near future.

The only way this plot point becomes possible is if a vampire minion followed Whistler around, completely undetected by two of the world’s best vampire hunters and then ran in before Whistler could take his life, whilst simultaneously restraining Whistler and firing off a shot so that Blade will believe he’s dead. Not convoluted in the slightest. Of course this is all moot because Whistler is unceremoniously killed in the opening five seconds of Blade Trinity.

How did they die: One was killed in Resident Evil by being diced into hundreds of pieces by a laser gird booby trap. Rain gets bitten by one of the infected and attempts to cure herself with the antivirus, only to have it fail which causes her to turn into a zombie. Carlos sacrifices himself by blowing up his oil tanker to destroy a massive horde of undead.

How did they come back: All three of them return in Resident Evil Retribution as clones.

Why is it ridiculous: One, Rain and Carlos were all under the employment of the Umbrella Corporation who, on top of creating some very questionable viruses, also apparently take DNA samples from every single one of their employees. What makes this even more impressive is that in the midst of a global zombie apocalypse Umbrella still have access to this humongous DNA library and fully functional lab facilities, which includes clone growing pods and massive bio domes complete with their own ecosystems.

At this point it seems odd that the Umbrella Corp would bother putting so much time and energy into creating clones and studying the effects of the T-Virus considering that humanity has almost been rendered extinct. One, Rain and Carlos are assembled as a commando team with the mission to try and recapture Alice who is running free in Umbrella’s experiment domes. One and Carlos get re-killed towards the end of the movie when Alice floods the underwater facility they are in.

Rain gets an extra special mention as she has the pleasure of dying twice in this movie, once as good Rain, who helps save the lead character, and once as evil Rain, who gets killed by the lead character in the finale fight scene. So essentially they brought back three characters just to off them again in the same film.

How did they die: After being abandoned on Isla Nublar most of the dinos perished due to either natural causes, being eaten by other dinosaurs, starvation or genetic malformations that significantly shortened their lifespans.

How did they come back: A new amusement park has been opened and more dinosaurs have been produced from DNA samples.

Why is it ridiculous: There is no governing body, financial institution or corporation that would ever, in a million years, allow or support somebody bringing back the dinosaurs after the events of Jurassic Park one through three. In the first movie they escaped from their confinements and ate almost everyone, and the second and third movie showed that the dinosaurs will eat literally anyone who comes within a ten mile radius of the Isla islands.

Considering the fact that twenty-six people have been eaten by dinos in the Jurassic Park movies, it seems very unlikely that people would even want to visit a new dinosaur theme park. But for argument’s sake, let’s pretend that the rest of the world doesn’t know about the increase of human in a dinosaur’s diet and the Jurassic World theme park is able to run a roaring trade. The scientists at this theme park are using genetic splicing to create brand new, and even more dangerous dinosaurs.

The explanation given is that people are getting bored of the pre-existing dinosaurs. Disney World theme park earns just over $2 billion dollars a year and all they have are roller-coast rides and guys dressed as Mickey Mouse.

The concept that anyone would get bored of dinosaurs is the most unrealistic thing the Jurassic universe has ever asked its audience to believe. Of course it’s just a paper thin excuse for the new deadly dino to ‘shockingly’ break free and eat everyone. Maybe in the Jurassic World sequel they should just nuke the Isla islands and be done with it.

Author Bio: Naomi Shakespeare is a freelance writer with a BA in English. Yes that is her real name, no she is not related to William Shakespeare.