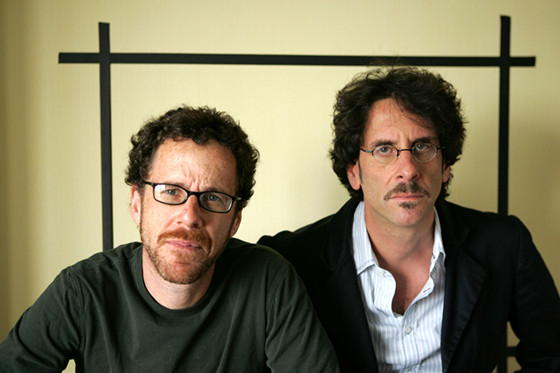 Joel David Coen (born November 29, 1954) and Ethan Jesse Coen (born September 21, 1957) grew up in Minneapolis, Minnesota to Jewish parents. Their mother, Rena, was an art historian and their father, Edward, was an economist. Joel and Ethan’s legendary career in film has garnered 13 Oscar nominations for the pair and four wins.

Classified as “genre-busters”, their earliest work “Blood Simple” (1984) was a small-scale messy neo-noir crime flick that set the tone for later crime-gone-wrong flicks, while their second film “Raising Arizona” (1987), a slapstick screwball comedy about a redneck couple who kidnaps one of their town’s famous quadruplets, is completely different from their first film.

“Miller’s Crossing” (1990) was their first period piece on prohibition mobsters and was considered their first masterpiece, whilst Barton Fink (1991) was their arthouse flick, and their first and only film to nab all three coveted accolades from the Cannes Film Festival (actor, director and Palm d’Or), giving them their first brushes with Hollywood limelight.

As their confidence grew, the brothers made “The Hudsucker Proxy” (1994), their first family friendly work, and it became their first film to lack critical acclaim. However, their next film “Fargo” (1997) became a 90s classic, receiving a 4/4 from Roger Ebert and 94 percent “fresh” on Rotten Tomatoes; it also received the Oscar for Best Actress for Joel’s wife, actress Frances McDormand, and an Oscar for Best Original Screenplay for Joel and Ethan.

Their star had well and truly risen beyond expectation, and the brothers began their risky entry into the bizarre with cult film “The Big Lebowski” (1998), and although it originally divided critics, it’s considered among the greatest cult films of all time. “O Brother, Where Art Thou?” (2000) marked a new experiment by the brothers as an exploration of music and their own take on the Homer’s classic story “The Odyssey”; it also marked the second film of their “Knucklehead trilogy” (the first being “The Big Lebowski”), a series of unrelated films showing their passion for slapstick idiocy.

“The Man Who Wasn’t There” (2001), perhaps their most undervalued film, is a direct homage to 1950’s noir flicks and tells the story of a convoluted murder trail left by a barber who just wants to be left alone; this also brought spotlight onto their cinematographer Roger Deakins, who is one of few well-known cinematographers outside of cinema buffs.

However, the brothers would follow this with two successive lukewarm films. “Intolerable Cruelty” (2003) is a film about a battle of wits between a divorce lawyer and a vengeful woman, and “The Ladykillers” (2004) is a parody of the classic film and is considered to be the Coen’s worst film to date. Although it’s not a great film, the fact that their worst is only mediocre says something about their talents.

Following these, the brothers broke out with a film Roger Ebert aptly described as “a perfect film.” “No Country For Old Men” (2007) is a groundbreaking adaptation of Cormac McCarthy’s dark novel and won the brothers Oscars for Best Adapted Screenplay, Best Director and Best Picture, while Javier Bardem would win for Best Supporting Actor.

Propelled by their success, they would add act two of their Knucklehead trilogy with the ensemble piece “Burn After Reading” (2008), a deliberately bizarre and comical return, and “A Serious Man” (2009) would see them break away from regular cast members for another unappreciated gem.

The third act of their career began with “Inside Llewyn Davis” (2013), a labor of passion by the directors that tells the tale of a failing folk singer in the 60s, and features a universally-acclaimed self-written soundtrack; it was also Oscar Isaac’s breakthrough role. “Hail, Caesar!”, their most recent film that was released earlier this year, received mixed responses from audiences but was enjoyed thoroughly by critics, highlighting a common trend for the directors to make films that target only those who share their passion.

Their filmography is immense, with 16 directed works and many other efforts where they’ve written or produced. The brothers are an incredible duo and are some of the best working directors around, despite their varied genres and styles.

Many of their films draw upon similar themes, visual techniques and motifs, and these are distinctively Coen-esque. However, many of these traits are not unique to the Coen’s; ensemble casts and stylistic choices can never be original in a medium like film, but their unique blend and take on these choices make films of complete originality, even if they’re an homage.

Films utilizing this: Blood Simple, Raising Arizona, The Hudsucker Proxy, The Big Lebowski, The Man Who Wasn’t There, No Country For Old Men

We’re often greeted upon the opening credits of a Coen film by a southern-accented, guttural-voiced and often quirky introduction. Think Nicolas Cage opening “Raising Arizona”; its tone was immediately established by his off-kilter cheesy accent. Or, think of Sam Elliott describing “The Dude” in a tone we feel immediately amused, at or slightly reminiscent of something we don’t particularly understand, or maybe both.

The initial voiceover plays a key part in a number of Coen brothers films. It is important to their movies in order to establish a tone, and we sense from the initial dialogue how the film moves, what its tone is and if it’s satirical or serious, and we garner a sense of character not only from the person narrating but also from the film itself.

Perhaps their best example of tonal establishment through voiceover is “No Country For Old Men”, which concludes in the bitter, unfinished statement, “He’d have to say ‘Okay. I’ll be part of this world.’” A summarizing sentence so abrupt it leaves an impact, an echo inside viewers that makes you know deep down that this film will leave you unfulfilled, but in such a way that it feels more conclusive than any true climax could give. 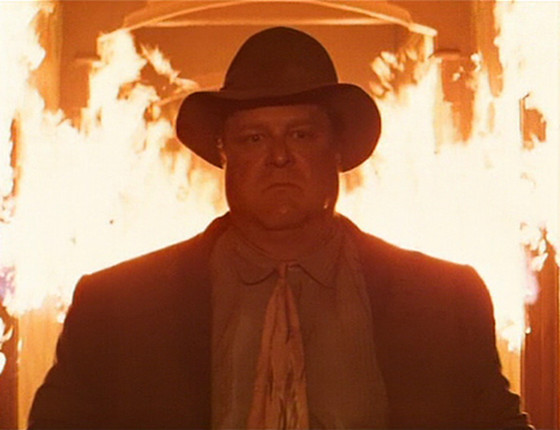 The Coens are distinguished by their unique visual representation, backed by the best cinematographer of the 21st century, Roger Deakins, whose work is often characterized as rustic and hypnotic. To emphasize their hypnotic lull, often their films will feature a singular corridor that can seem endless or incredibly abrupt.

Does this seem like a strange thing to highlight? The most obvious and memorable use of this in their work is in “Barton Fink”, where the corridors of Fink’s hotel seem to stretch on forever. However, juxtaposing this is the use of the singular, bleak and short corridor found leading into Al Cody’s (played by Adam Driver) small apartment in “Inside Llewyn Davis”.

What is the point of these? Emphasis. Often these shots come into scenes where atmosphere is of utmost importance; for example, in “Raising Arizona”, a shot follows one of the babies crawling down the corridor, to be almost caught by its parents. Another is featured in “No Country For Old Men”, which follows Anton Chigurh walking in slow, measured paces toward Josh Brolin with only a door separating them; the music-less atmosphere is intensified simply by one long shot panning out along the expansive corridor.

These shots also present an extremely philosophical aspect of the Coen’s work, namely in “Inside Llewyn Davis”, as this dead end, abrupt and short corridor is the entrance to the cycle of pointless attempts for stardom that Llewyn initiates here. It follows him crossing the corridor into his temporary apartment after his dreary and draining trip to Chicago, thus perpetuating his pointless escapade.

Films that focus on a specific time or distinctive setting: Miller’s Crossing, Barton Fink, The Hudsucker Proxy, The Man Who Wasn’t There, The Ladykillers, O Brother, Where Art Thou?, True Grit, Inside Llewyn Davis, Hail, Caesar!

There are, of course, few directors who haven’t attempted to make a “period piece”, but what makes the Coen brothers so distinctive in this regard is just how meticulously they construct these worlds. Although Roger Ebert once criticized “Miller’s Crossing” for their perfectly accurate presentation of  prohibition-era America, I would argue that this is a point of pride for them. A period drama requires a few details: accuracy in design, accuracy in speech and dialogue, and accuracy of character.

Consider the often hilariously dated and baffling dialogue between Matt Damon and Jeff Bridges in “True Grit”, the music and costuming of “Miller’s Crossing”, or even the perfectly crisp noir world of “The Man Who Wasn’t There”. The Coen’s work is a labor of love and it is these intrinsic details (even calling women “twists” and “dames”, something TV period dramas like “Boardwalk Empire” have even excluded) that make it so clearly Coen-esque.

Films this is used in: Miller’s Crossing, Barton Fink, The Big Lebowski, The Man Who Wasn’t There, No Country For Old Men, A Serious Man, Hail, Caesar!

Just as the Coens love their actors, they also love their characters. Filled with the energy and charisma of their favorite performers, characters in their films are often boisterous, crude, quirky accented and very violent. However, what is most intriguing is that their lead is often the least exciting character of the bunch.

The Coens have their leads as the strong, introverted narcissist, especially in their films in the 21st century. Their first sighting of the Gary Cooper type of lead would be in “Miller’s Crossing”, where their Irish lead would be pulled backwards and forwards by an array of angry big men, until finally and quietly twisting the scenario to suit him.

However, as their filmography grew, the empowerment of their lead characters began to weaken; in “The Man Who Wasn’t There”, Billy Bob Thornton is thrust into a situation he couldn’t manage, tossed into the wind to blow between desperate ploys until they all backfire.

Take “No Country For Old Men” with Josh Brolin who, although a fighter, finds himself facing down the other end of a completely different gun than the one he fled. Look at “Inside Llewyn Davis”, in which Davis wanders around surrounded by a cast of strange and self-absorbed characters, each louder and far more foul mouthed than the voice they exude.

Often the lead is their own antagonist, their ploys backfire, and they find themselves in an element they don’t understand, like in “Fargo” when William H. Macy falters and fumbles through failed plot after failed plot.

What makes these leads so memorable is their interaction with other boisterous leads: Barton Fink versus Charlie Meadows, Llewyn Davis versus Rolland Turner, Jerry Lundegaard vs Carl Showalter. The dichotomized relationships amplify intensity but also humor, where these people often face down death, doom and disaster, yet through their opposition become spectacles of hilarity.