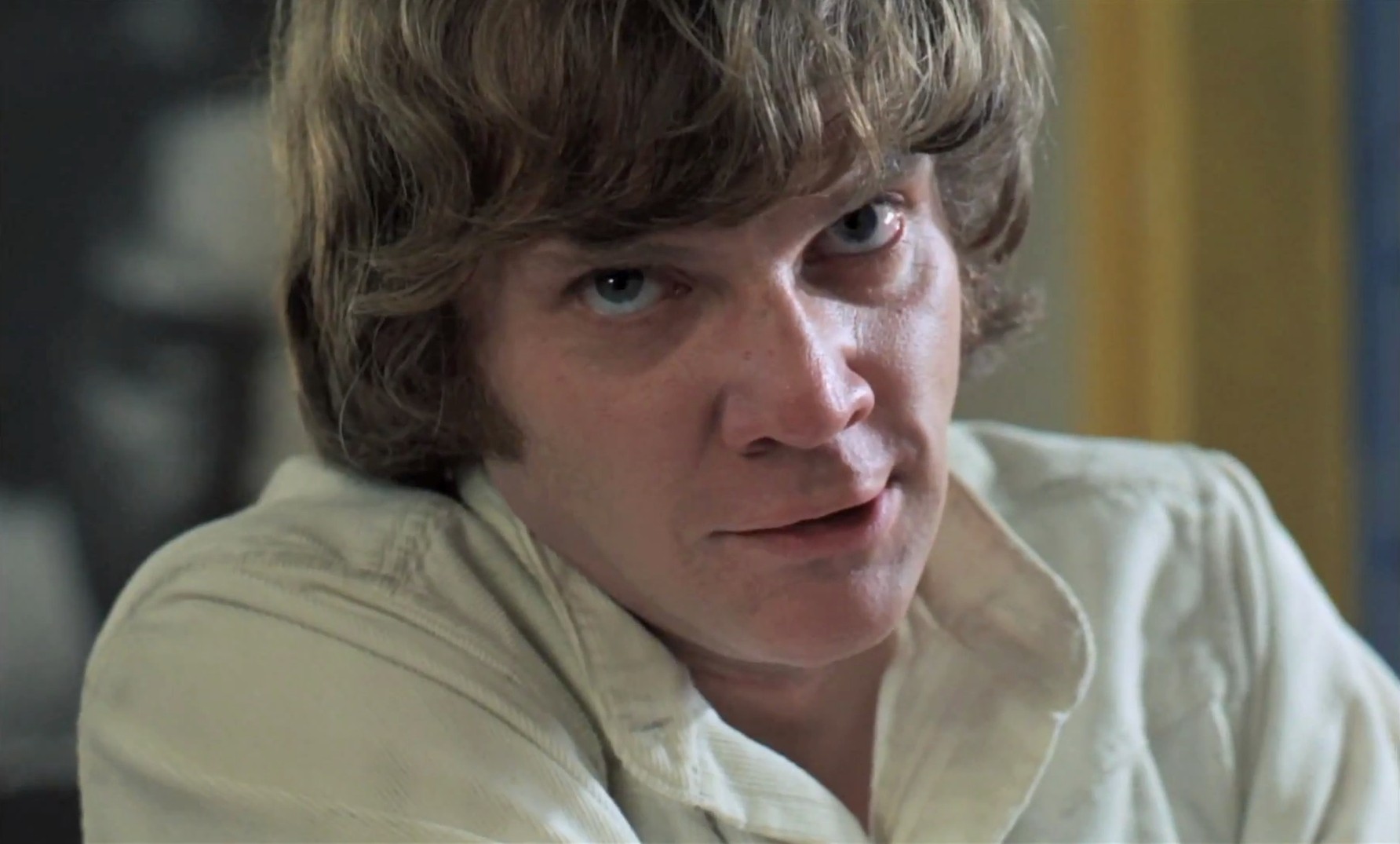 The first time I saw “Salo: 120 Days of Sodom”, I was fairly certain I was watching a documentary. I simply couldn’t conceive that a filmmaker (in this case, Pier Paolo Pasolini, who was ultimately murdered in what was referred to as a “mafia-style revenge killing”) would set about to put something so debauched on film (whether or not the events had a real-life basis). In my adolescent mind, a filmic recreation of depravity veered dangerously close to the real thing.

Depravity in its many forms remains a concern for those with an eye on entertainment and its impact on society as a whole. In some cases (maybe in a majority of the cases), depravity appears on film for its own sake, as a no-obligation way to delve into the inner workings of corrupt and diseased minds. In other instances, depravity serves as a symbol of a character’s degradation, or as a punishment for hedonistic living (which is perhaps a rather puritanical view).

No matter the underlying reason, depravity on film can be fun. It can be terrifying, it can be enlightening, but it is hardly ever boring. Perhaps that is why this single trait continues to fascinate so many moviegoers, particularly those who would otherwise worship at the altar of respectability.

Say what you will about Rob Zombie’s ability as a director, but his wife and frequent collaborator Sheri Moon Zombie is a national treasure. Or at least she should be. Moon Zombie is inevitably the best thing about whatever adolescent fever dream her husband throws together, including his magnum opus and guaranteed laugh riot “House of 1000 Corpses”.

Among horror heavy hitters like Sid Haig, Karen Black, and Bill Moseley, Moon Zombie was able to stand out for the sheer glee she derived from doling out tortures to cheerleaders and tormenting a pre-fame Rainn Wilson with her terrifying brand of sexuality.

Despite her sick acts, Baby is eminently likable. The movie is so over the top that it’s hard to muster up a modicum of sympathy for any of the main characters, who range from annoyingly shrill to Chris Hardwick. Baby remains a bright shining light among chaos, whether she is threatening a quickie breast augmentation via switchblade, cackling manically, or playing childish games with dire consequences.

Maybe it was the drugs and booze. After all, no mere human could ingest the number of chemicals consumed by Dr. Gonzo (the fictionalized counterpart to real-life lawyer and Hunter S. Thompson associate Oscar Zeta Acosta) in “Fear and Loathing in Las Vegas”.

But do drugs really cause you to abduct a teenage Moonie and indoctrinate her into your sick fantasies? Does an inordinate amount of booze result in carving a Z into your best friend and client’s forehead? How many and what type of drugs do you really have to take to ask a woman if she receives monetary compensation for copulating with a polar bear?

There’s obviously something deeper at play in Dr. Gonzo’s psyche to cause him to act this way. He isn’t good, he isn’t bad, he’s just a force of nature. Even when threatening you with an enormous bowie knife, there doesn’t seem to be any malice in the act. It’s just a primal response to any real or perceived threat.

Dr. Gonzo’s reptilian brand of debauchery is hard to come by these days, as most filmmakers attempt to saddle very bad behavior with some yawn-inducing backstory that explains why a psycho pulls the wings off moths.

8. Jean Baptiste – “Perfume: The Story of a Murderer” 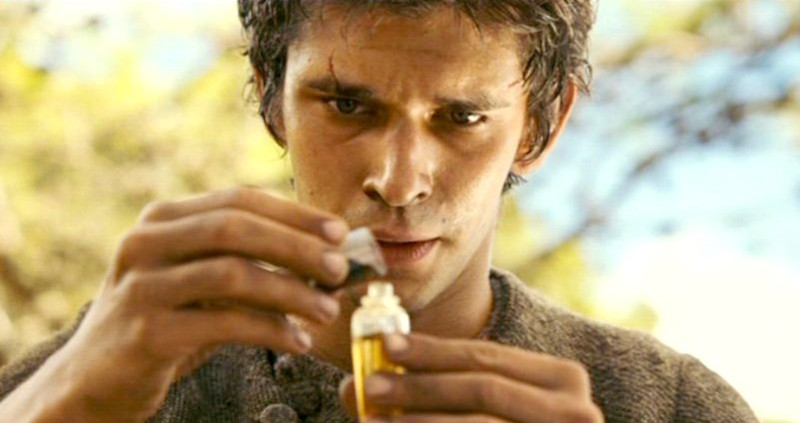 Jean Baptiste is a different sort of murderer. In pursuit of pure unadulterated aromatic beauty, he stalks and kills young girls in order to distill their essences into a singular scent. His ultimate goal of being truly loved and cherished is futile, as he lacks any identifiable human characteristic. He also lacks a distinct personal smell, which he surmises is much of the reason why so many are repelled by him.

Based on a novel of the same name (which also inspired the Nirvana song “Scentless Apprentice”), “Perfume: The Story of a Murderer” shows what happens when the truly depraved among us attempt to make a human connection.

While Jean Baptiste’s aims are ultimately noble (he wants to be loved), his methods are not. He sees the young girls he’s enamored with as disposable, mere vessels for their intoxicating scent. He uses others as well, in order to gain the knowledge or means to pursue his ultimate end. As poetic a film as it is (made possible by Ben Whishaw’s dreamy performance), the underlying story is that of a serial killer.

When it comes to depraved characters, Alex has the distinction of being the gateway drug for many who find themselves saddled with a lifelong yen for disturbing movies.

Alex is a psycho’s psycho; completely at peace with his dark proclivities, charming, a born leader, adept at lies and subterfuge when faced with recrimination for his actions, and keen on quick and ruthless discipline. His “reformation” is merely surface-level, incapable of remediating that darker part of him that thrives on the misery and suffering of others.

Even when he is ostensibly rehabilitated, it’s apparent that his newfound feelings only extend as far as his own discomfort. When given the chance to go back to his old ways, he agrees heartily, and even indulges himself in a little orgiastic daydream to celebrate the occasion. Sad to say, but Alex makes criminality and sociopathy look like so much fun (provided you are on the right side of his bad behavior).

While war may be hell, some people actually enjoy it. Though they are few and far between, there is a certain type of person that gets off on the constant threat of death and violence that only war can bring. Animal Mother is the template for this type of personality, the guy who leaves the battlefront with all its danger and mayhem and wonders how he will live out the rest of his life mowing his lawn and watching football on Sundays.

As deplorable a human being Animal Mother may be (the “sickle cell” joke being the most egregious of his many horrible statements to Private Eightball), he has flourishes of courage and loyalty that seem wholly out of character. To this end, Animal Mother is a bit more complex than your standard debauched figure.

As stated in the film, “Now you might not believe it, but under fire Animal Mother is one of the finest human beings in the world. All he needs is somebody to throw hand grenades at him the rest of his life.”