Words and concepts like magic and witchcraft, for a long time, were just cheap excuses to vilify and condemn strong women. Not only fictional narratives repeated old, tired archetypes about wicked witches with pointy noses and nefarious intentions, but they failed to explore the spiritual empowerment and actual strength these magical women are supposed to have.

As Halloween draws near, it’s a nice time to remember a few old classics and their contemporary peers that escaped that same old story and portrayed witchcraft and witches in an interesting light. Check it out. 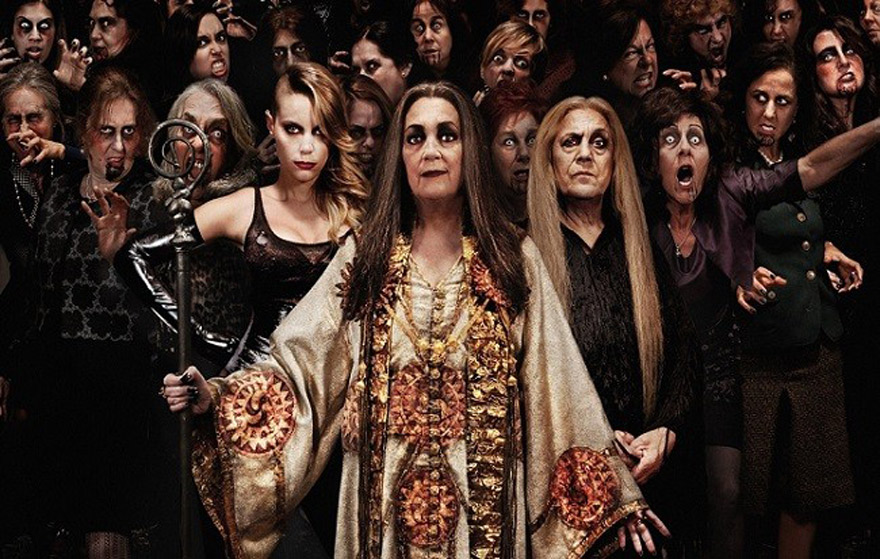 Now if you want some really freaky horror comedy, Las Brujas de Zugarramurdi (released in the US with the dreadful title Witching & Bitching) should be your go-to movie. Veteran Spanish filmmaker Álex de la Iglesia is a master of many crafts, but his completely bonkers storytelling style and pretty genial visual ideas here are certainly cranked up to eleven here.

The plot follows a gang of robbers disguised as street performers who cross the border of Madrid to escape the police and take refuge in the strange town of Zugarramurdi – there, they discover a lot more than they hope to, and are suddenly out to save the world. If it sounds crazy, it’s because it is. Crazy, fun, surprisingly engaging and morally brilliant, Iglesia’s film should be more appreciated than it is.

George Miller’s great and sometimes underrated horror comedy The Witches of Eastwick has the benefit of an outstanding cast (Cher, Susan Sarandon, Michelle Pfeiffer, Jack Nicholson, Veronica Cartwright, Richard Jenkins…) and a whip-smart script that translates every allegory in John Updike’s novel to the screen with perfection.

As it tells the tale of three women being seduced by the evil powers of a not particularly decent or handsome men, and then the tale of them turning the table on him by joining forces, Eastwick uses the concept of witchcraft to underline the concept of sisterhood, and it works wonders. Plus, Cher, Susan Sarandon and Michelle Pfeiffer are definitely some girls I would love to hang out with. 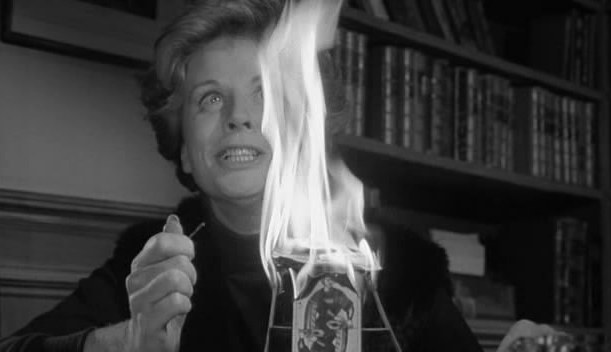 This forgotten gem features would-be blonde bombshell Janet Blair as the wife of a powerful college professor that discovers that she’s been practicing rituals of witchcraft for years. The rational-minded fellow forces her to destroy all of her charms and devices, but she warns him that her protection is necessary because dangerous adversaries are eyeing to destroy his life.

The lesson: always listen to a witch’s warning. Using rudimentary techniques and the power of its storytelling, Night of the Eagle is an effective thriller, but especially an interesting vision about witchcraft as a protective and beneficial spiritual practice. More than 50 years later, it maintains its uniqueness and power.

Another Italian master of horror, Mario Bava’s best incursion into witchcraft is most certainly 1960’s Black Sunday, the perfectly stylized and acted story of a seventeenth century witch brought back 200 years later to terrorize the descendants of her enemies, preferably through the young body of her own descendant. The witch is even named Princess Asa Vajda, I mean…

Bava’s genius was in the way it used simple tactics to keep the audience enthralled, establishing so many of today’s horror tropes and staging clichés. The mask the aforementioned princess is buried in is still terrifying to this day, and Bava’s portrayal of witchcraft is a lot less negative than most of the art of the time.

Sam Raimi came back to horror after years of doing Spider-Man movies, and he sure didn’t let anyone down – Drag Me to Hell is perhaps his best horror effort, a harrowing tale about a loan officer who evicts an old woman from her home and has hell to pay for it, literally. Drag Me To Hell portrays witchcraft as a handy tool to punish greedy and merciless behavior, and yet it portrays the one being the victim of it as sympathetic.

That’s mostly why the film is so afflictive: we don’t know exactly who to root for. Alison Lohman, who really should make more movies, is an outstanding lead, but it’s hard to forget Lora Raver as the witch, a caricature that’s forcibly brought to life by the actress’ efforts under Raimi’s direction.