Dario Argento has made a few horror films about witchcraft, but none more lavish and unforgettable than his classic Suspiria. It’s the story of a young American ballet dancer who travels to Germany for a position in a prestigious school, only to discover that the place is actually a front for a coven of witches.

The key here, as always with Argento, is visual. Suspiria is chock full of vibrant pinks and neon-laden compositions for the camera, suggesting that this world is a strange new place for the visitor from across the ocean. Needless to say it makes the unnerving feeling of the film more effective, and while it makes us root for the lead, it rarely vilifies the agents of change that are trying to impress upon her. 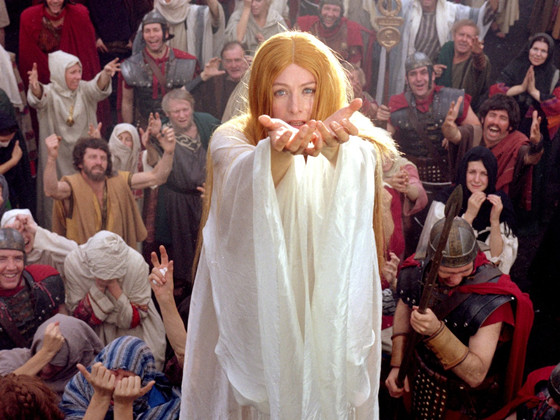 Ken Russell is somewhat of a cult hero for his very peculiar and yet surprisingly accessible films – perhaps the best of which is The Devils, a 1971 horror thriller depicting a mad witch-hunter sent to a 17th century French town to investigate the claim that a local priest is in command of a devil-possessed nunnery.

It’s a metaphor for tyranny in the way it depicts the Cardinal Richelieu controlled France, but also an allegory about sexual abuse and sexual repression, with a stellar performances by the always great Vanessa Redgrave and Oliver Reed. Terrifying, surreal and yet terrifyingly real, The Devils is one of those cult classics that ought to be better appreciated by horror aficionados.

Third place here goes to a more contemporary cut – Robert Eggers’ The Witch: A New England Folktale (sometimes stylized as The VVitch) is a great witchcraft film because it takes the traditional narrative of the genre and turns it around, showing the restrictive Christian faith that creates a life full of societal pressures and guilt for a young girl, and how delivering herself to evil might seem like a good escape to that.

Anya Taylor-Joy achieves a spectacular performance in the lead role, but really everything in The Witch seems calculated and executed to perfection. The cinematography uses shadows like very few recent films, the music is tense and unforgettable, and the whole cast gives everything to their roles… It’s one of the best films released this year, and it absolutely deserves a watch.

Roman Polanski’s 1968 classic had to be the second on this list. Its terrifying atmosphere and the spectacular performances by everyone, especially Ruth Gordon and Mia Farrow, make it memorable, but it’s also a great film about witchcraft that uses it as a metaphor for the paranoias of motherhood and the prisons of womanhood.

Polanski’s work with Ira Levin’s novel is outstanding in the way it makes Rosemary’s plight visually relatable and perceptible. The portrayal of the neighbor couple, of course, is not positive, but Polanski uses them as a tool for a markedly liberating and, yes, terrifying story. It’s a timeless classic that frightens and provokes in the same way it did almost 50 years ago.

One of the earliest portrayals of witchcraft on film is also the must-see in the category. This horror documentary was revolutionary not only for its themes but for its contribution to the widespread use of reenactments on the genre. Director Benjamin Christensen constructs some truly scary and beautiful sequences in his pursuit of a detailed and truthful portrayal of witchcraft through the ages.

Produced in Sweden, it’s perhaps the most essential documentary of its time alongside Nanook of the North, of course. At 91 minutes, it contains influential footage that has impacted the way we see witchcraft in movies and, at the same time, has never quite been matched even almost 100 years later.