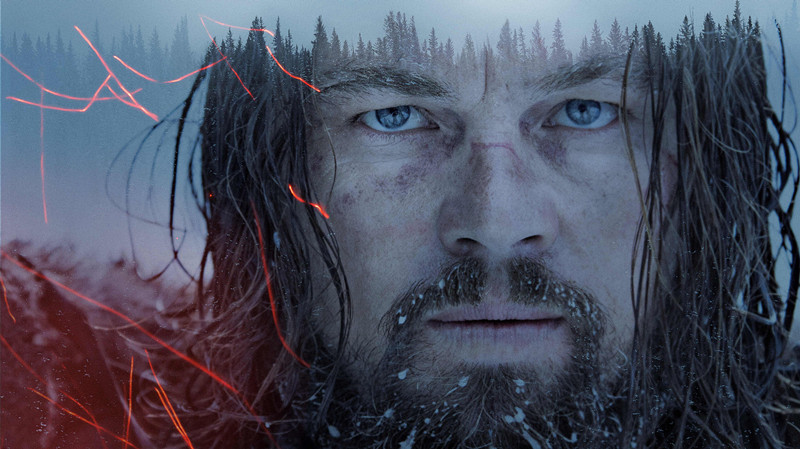 Most Hollywood films have non-invasive scores, created by composers who like to stay in their post-romantic comfort zone. Sometimes it can also be ambient or post-minimalist, like Hans Zimmer’s score for “Interstellar”. That includes typical narrative motives, like epic horns in dramatic action scenes and heartbreaking strings in sentimental moments. It isn’t a bad thing – the music usually perfectly fits the movies.

Sometimes, though, the composers could take a risk and create something that is unorthodox and thus transcendent, something that gives new quality on the screen. John Williams, Ennio Morricone and Clint Mansell are great composers of film scores, but you won’t find them on this list, because it’s a homage to artists of a different kind.

It’s about the composers, musicians and directors (because they choose what music they want in the film) who never wanted simple solutions. Here are the original scores that made artistic films even more avant-garde.

Back in 1956, “Forbidden Planet” was a very important science fiction movie. It hasn’t aged well and today its special effects don’t look quite so spectacular, but its haunted atmosphere can still make a huge impression.

This sci-fi adaptation of Shakespeare’s “The Tempest” not only put a classic play into outer space, but it also had the most futuristic and out-of-this-world soundtrack. The movie was the first in Hollywood history to have a score generated by electronic instruments in its entirety, largely because Bebe and Louis Barron were undoubtedly true pioneers of electronic soundscapes.

The strange sounds generated by the duo came from homemade instruments, as there weren’t any synthesizers at that time. Just like Karlheinz Stockhausen, the father of electronic music, the Barrons had to start their work by creating a studio environment. Without this handiwork, the odd cosmic sounds simply wouldn’t materialize. The sentence “breaking new ground” rarely fits as well as it does in this particular situation. As we can see, the music was more ahead of its time than the film itself.

Kenneth Anger’s experimental picture was a cult classic and a truly infamous work of art. The satanic aura accompanying this movie had also came from the fact that the soundtrack’s author was a former member of the Charles Manson family, sentenced to life in prison for murder.

Like Manson, Anger, Jimmy Page (he was originally intended to compose the music for this film) and many other counterculture “freaks” from the 60s, Bobby Beausoleil was fascinated with themes like magic, occultism and spirituality. And like them all, he was the eulogist of psychedelic drug-driven rock music. Anger, the enfant terrible of American transgressive cinema, needed a dark, devilish musical feel to finish this symbolic picture.

The music was made by Beausoleil in prison, which serves to makes this experience even darker, and paradoxically it doesn’t make it sound raw and ugly. His music is far from the obscure lo-fi made by other famous prison musicians like Manson and Varg Vikernes (the Mayhem member made dungeon synth ambient as he couldn’t use only a synthesizer in prison).

The original soundtrack for “Lucifer Rising” is a truly cosmic and progressive rock record that perfectly resonates with the desert landscapes and mysterious events that take place in this dreamlike movie.

This 70’s psychedelic animation came to life because of the titanic work of the draftsmen and animators, but it couldn’t function without Alain Goraguer’s illustrative music. The film is full of imaginative genius, built on far-out science fiction sequences.

It tells the story of human beings trapped on a distant planet, where they are pets for giant humanoid aliens. It sounds crazy and it definitely is, but it’s more than just a surreal animated experience. It also contains a humanistic reflection on how homo sapiens can fall in to an animus and become slaves for a higher civilization.

As the author of all the beautiful soundscapes present in “Fantastic Planet”, Goraguer shows himself as a typical French prog-rock artist like Magma or Heldon (both highly influential French bands from the 70s). The funny thing is, he was never a part of that scene; he was more fond of chamber jazz, as he played with Serge Gainsourg and Boris Vian back in the day.

It’s impressive how flexible his style became when making this soundtrack. Depending on what scene we are watching, the music can switch from energetic and funky to space prog-rock, from to nostalgic chill-out jazz to psychedelic electronics. It’s a cosmic kaleidoscope.

The terms “sonorism” and “atonal music” sound creepy and the music itself can also be creepy, which makes it an ideal soundtrack for horror and thriller films.

Music made by composers such as Anton Webern (his work was included in the schizophrenic thriller “Shutter Island”), Iannis Xenakis, Krzysztof Penderecki and Gyorgy Ligeti used special composing techniques, with a primary idea of creating new sounds, new extreme and unorthodox music which ends the canonical tonalism that we’ve known for centuries. The technicalities – for the listeners their music may seem mysterious, cryptic, dissonant – is what they hear.

Therefore, there is no doubt that Stanley Kubrick, a big enthusiast of using classical music in films (namely “2001: A Space Odyssey” with it’s cult scenes served with Strauss and Khachaturian tunes) had a great idea to illustrate his intense psychological horror with these kinds of avant-garde sounds.

Penderecki and Ligeti were the key composers regarding the use of sound textures. Their music lacks traditional rhythm and harmonies, and they put noisy clusters of sounds in that place. Jack Torrance’s inner world couldn’t find a better exemplification than this.

This experimental quasi-documentary is a perfect symbiosis of cinematography and music. With “Man With A Movie Camera”, it’s probably the best example of the use of sound in a montage. Without the score composed by Philip Glass, this film would lose half of its greatness.

As one of the most important composers of the minimalist movement, Glass had crafted a melodic and constantly changing soundtrack. It’s full of fast and slow passages that fit this rhythmically diverse movie. The scenes of the busy city life are accompanied by pulsating industrial trance, and the ones where we see the rhythm of Mother Nature show more ambience when the ascetic minimalist pieces occur.

The music of Philip Glass (and a lot of minimalist music) can work great with moving pictures because of the concept behind his style. His quintessential hallmarks here are the micro-sounds that burst and disappear, only there for a moment. It’s the importance of the detail in the constantly changing walls of sounds. Just sit and watch the perfect movements on the screen synchronize with this classic soundtrack.