The themes of fate and chance play a large role in Anderson’s oeuvre, so it is no wonder that they are evident to a large extent in his early films. In the classic scene from Boogie Nights, Buck goes to pick up some donuts from Dunkin Donuts. He enters the shop and starts to choose the donuts he’d like. Just as he is about to pay, a man comes in to rob the cash register.

As the man at the till hands over the money, another customer seated at a table pulls out a gun, shooting the criminal, who shoots him. The customer with the gun then accidentally shoots the man behind the counter, leaving Buck quaking in the middle, stained with the blood of the other men.

This terrible act of chance leaves Buck alone with the money, the money he so desperately needs. This is another brilliant demonstration of Anderson’s ability to block scenes and also shows his desire as a story teller to wrong foot and excite the audience. 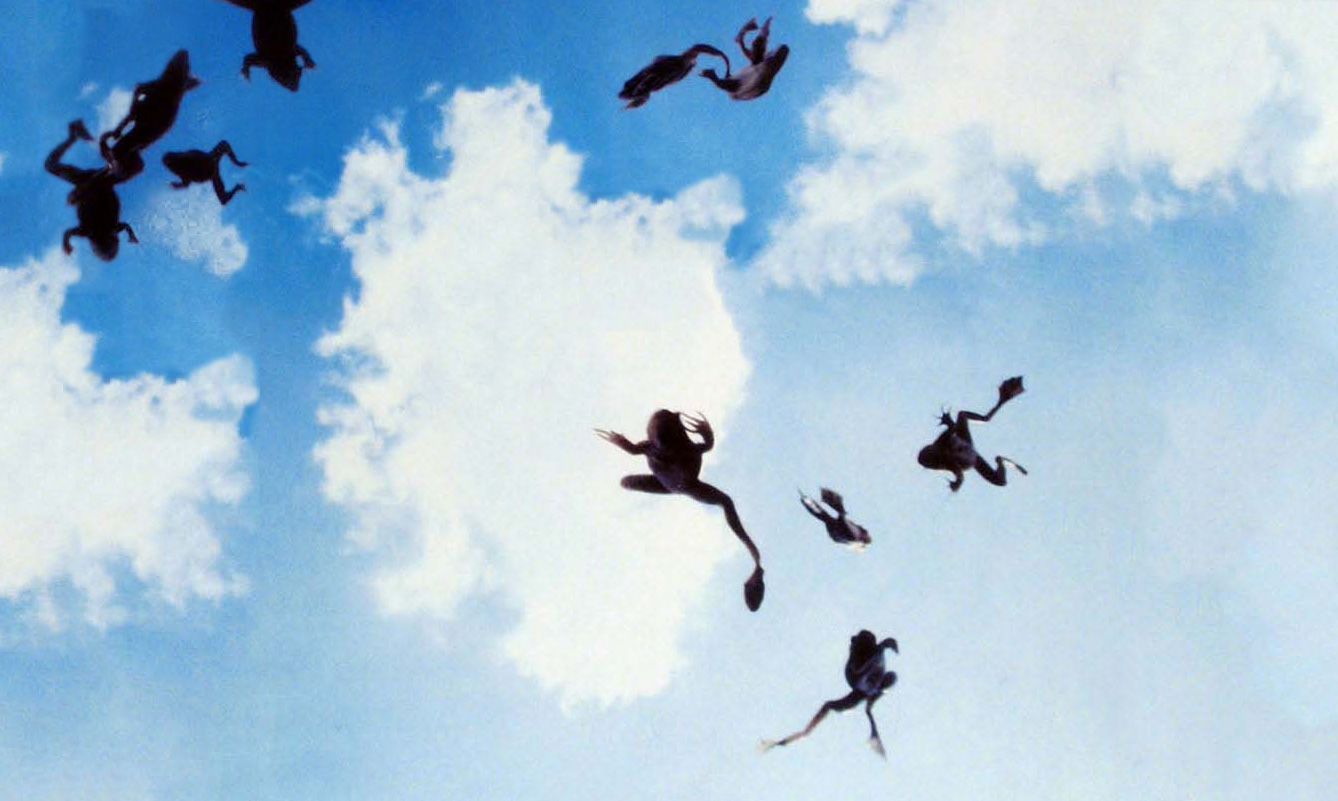 Magnolia is such a beautiful and complex film. It has become infamous over the years for the rain of frogs scene which, on first viewing, may seem jarring. It is, however, a genius moment which draws together all of the film’s characters whilst also developing the theme of childhood and innocence verses the adult world.

As the frogs begin to inexplicably rain from the sky. Anderson cuts between the various adult characters of the film who reel back in horror, terrified by the unexplainable nature of the strange occurrence. Anderson then cuts to Stanley in the library who observes the rain of frogs with serenity.

‘This is something that happens’ he says. Open on the table in front of him is a book by Charles Fort who explains that occurrences such as a rain of frogs, however unexplainable, have actually happened and could be down to a meteorological phenomenon. Stanley the child polymath accepts this, drawing a great distinction between him and the adults of the film. 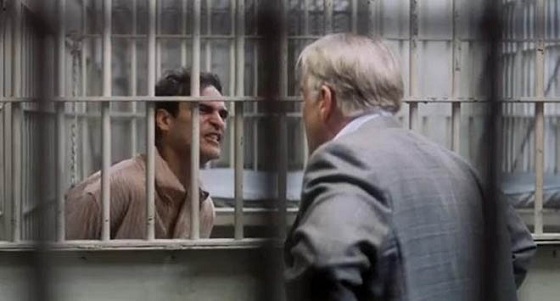 The prison scene in The Master is one of Anderson’s finest for the way it puts two acting behemoths in close proximity in an intense situation.

Freddie and Lancaster Dodd have been arrested; Lancaster, the calm polymath and head of the shady organization known as The Cause has decided to go quietly, but Freddie, on the other hand, reacts with intense violence and petulance, struggling as hard as he can.

The scene is one of the best mainly for Phoenix’s display of method acting; he punches and kicks and head butts the prison bed as hard as he can, while Dodd simply looks on. When Freddie has completely demolished the toilet and has finished his rage, Dodd uses this as an opportunity to lay some of The Cause’s doctrines on Freddie.

“This battle has been in you since the beginning”, he says, implicitly stating that The Cause will eventually offer Freddie salvation. The scene reaches its climax when Dodd lays his rhetoric aside and he and Freddie launch in to a tirade of ‘F**k yous!’.

However, you somehow know that deep down, this is the same as a father and son fighting, for there has been a real love established between them. Only two such accomplished actors, directed by an artist like Anderson, could imbue a scene of such intensity with such emotional subtlety.

The opening sequence to Inherent Vice is probably one of the coolest of all time. It begins with a shot of the sea, a cut to Sortilèige, and then into Doc’s apartment, where his ‘ex old lady Shasta’ has arrived to ask him for help.

The script is lifted almost directly from Pynchon’s novel, and it is filled with little quips and peppy dialogue which expresses the relationship Doc and Shasta have.

As they discuss how Doc can help the situation, one is struck by just how visually arresting the scene is; there are so many elements of this scene which make it so perfect; the film noir lighting, the colours, the costume, all set to Jonny Greenwood’s beautifully subtle score.

They all come together to evoke the most loved hard-boiled detective films, such as Altman’s The Long Goodbye or classic film noirs such as Double Indemnity.

When Doc shows Shasta to the car, the relationship between them becomes even more tender. ‘You were always true” Shasta tells Doc, before driving off into the distance, betraying the fact that there is still some remnant of feeling left for Doc.

As Doc begins to walk up the high street back to his house, cue Can’s ‘Vitamin C’, a breathy, urgent song which fits perfectly with the cool mood and tone Anderson has worked hard to establish. You can’t help smiling at this opening sequence, making it one of Anderson’s best.

1. Opening Sequence – There Will Be Blood

The greatest scene in a Paul Thomas Anderson however is, indisputably, the opening sequence to There Will Be Blood. Screeching, atonal strings accompany a slow dissolve from black to reveal a mountain.

The effect is chilling, unsettling. It imbues the audience with a sense of doom. What makes this scene so important is the way Anderson tells the story without the use of dialogue, evoking Alfred Hitchcock’s well-known maxim ‘Show Don’t Tell’.

We see Plainview busy at work, digging in the earth, mining for gold. He falls down the shaft, injures his leg, and then must drag himself across rocky terrain until he can find help. Later on, the industrious Plainview has started a modest set up mining oil.

Wordless. Simple. Tonally chilling. Anderson constructs an opening sequence befitting of the overused moniker ‘epic’ to tell a story of greed and avarice without any dialogue. It is for this reason that the opening sequence of There Will Be Blood is undoubtedly the greatest scene in an Anderson film, for it truly showcases his incredible storytelling ability.