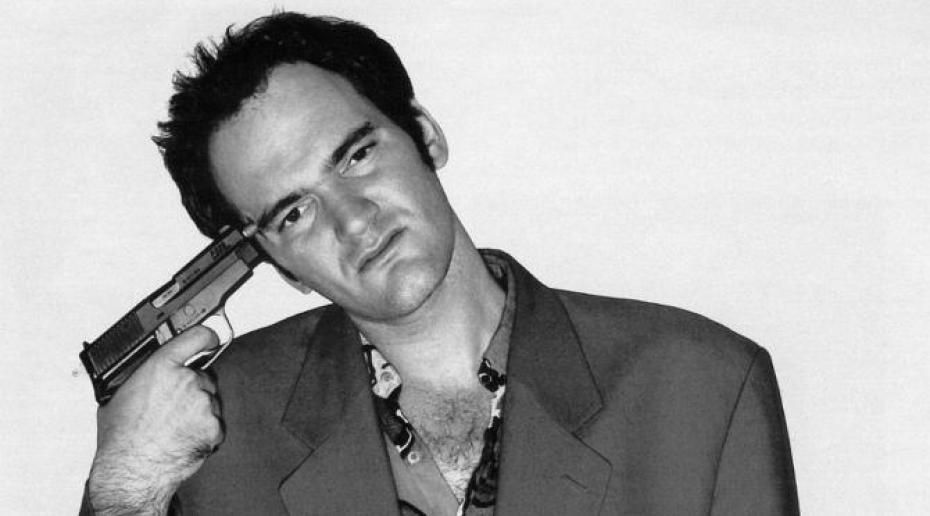 In an industry where the actors get the limelight, writer and director Quentin Tarantino has become a celebrity in his own right, despite predominantly working behind the camera.

What makes him stand out from other directors are his personal touches: the extensive conversations on pop culture, eclectic soundtracks, the stellar performances he brings out of his actors, and of course, the witty, memorable dialogue.

Tarantino’s films are so renowned that his latest film The Hateful Eight bills itself as “The 8th film by Quentin Tarantino.” This has been a trend with Tarantino films since the Kill Bill movies, and has started a debate among his fans: Is Tarantino’s earliest film, My Best Friend’s Birthday, truly his first film, or does that honour belong to Reservoir Dogs? While these taglines indicate that Reservoir Dogs is definitely “the 1st film,” hardcore Tarantino fans should definitely check out the origin of his filmmaking career.

Filmed between 1984 and 1987, Tarantino made this film with fellow Video Archives employees and friends from acting class whenever he had the funds and time to do so. This situation could be compared to David Lynch’s first film Eraserhead, except Tarantino’s film is unknown and incomplete.

Being an employee at Video Archives at the time, Tarantino was not able to work with a big budget. My Best Friend’s Birthday is the closest Tarantino’s ever come to making a straight comedy film, himself describing it as a “Martin and Lewis kind of thing.”

The plot revolves around Mickey (Craig Hamann) whose girlfriend dumps him on his birthday. His best friend Clarence (Tarantino) decides to hire a hooker named Misty (Crystal Shaw Martell) to show him a good time, and all sorts of shenanigans ensue.

My Best Friend’s Birthday has a gritty black and white look, probably more so because of its low budget of $5,000 than any desired affect. Tarantino’s co-writer and co-star Craig Hamann has since said that they filmed the movie on an “even then ancient 16mm Eclair, using a car battery to power the camera”.

The film was originally 70 minutes long, but allegedly the remainder of the film was destroyed in a fire. However, contrary to legend, Tarantino’s former collaborator Roger Avary claims, “Had we ever finished the film it would have looked something like a sloppy version of She’s Gotta Have It; a miracle considering the budget. Contrary to legend, the rest of the film was not ‘lost in a lab fire’. It was simply never finished due to loss of steam.”

1. The Protagonists are Named Clarence and Mickey

Before Tarantino became a household name, he needed money to merely get by. Tarantino has written many screenplays over the years, and like any aspiring screenwriter, Tarantino originally wanted to direct these movies himself.

Two such screenplays would later become the ‘90s classics True Romance and Natural Born Killers, but due to his financial circumstances, Tarantino sold his screenplays in order to fund Reservoir Dogs.

What does that have to do with My Best Friend’s Birthday? The two best buddies played by Tarantino and co-writer Craig Hamann are named Clarence Pool and Mickey Burnett. This will seem obvious to Tarantino fans, but Clarence is the name of Christian Slater’s happy-go-lucky Elvis fan in True Romance and Mickey is the name of Woody Harrelson’s mass murdering romantic in Natural Born Killers.

2. The Pulp Fiction Poster Replicates a Scene from This Movie

Like True Romance, Pulp Fiction was also influenced by My Best Friend’s Birthday. Misty goes to Mickey’s apartment and waits for him to get ready for their night out on the town. While he’s taking a shower, she strips to just wearing a shirt and panties, and she practises sexy poses to use when Mickey comes back. In one such pose, she lays on her stomach on Mickey’s couch.

Observant viewers will realise that this is the same pose Uma Thurman does on the poster for Pulp Fiction. Clearly, this image of a seductive woman lying down on a bed was thought up by Tarantino long before Pulp Fiction came into fruition.

3. The Protagonists Work at K-Billy Radio

Clarence works at K-Billy radio, where Clarence is talking to the head of the Southern California chapter of the Johnny Cochran fan club.

Besides being a funny scene with a typical Tarantino pop culture rant, it is also a precursor to Reservoir Dogs. K-Billy is the same radio station that plays “the hits of the ‘70s” heard throughout Reservoir Dogs that the gang of thieves reminisce over in the film’s opening diner scene.

4. Clifford is Drexl and Jules as One Character

Many screenwriters out there will be familiar with the term “composite character,” which is when two characters are morphed into one character for the sake of tightening the script. This often happens when adapting a novel into a screenplay.

However, the very opposite thing happened in this case. Clifford (Al Harrell) is an African-American pimp who talks jive and takes no shit, especially when you mess with his girls. Long after My Best Friend’s Birthday was made, Clifford became two separate characters in two very different Tarantino scribed films.

First off is Drexl, the wigga pimp in True Romance played by Gary Oldman. He doesn’t just act and talk like one of the boys from the hood, he genuinely believes he’s black. He’s furious when he learns Alabama decides to bail on him to spend the rest of her life with Clarence, because Drexl beats up his girls when they don’t pay him.

This is the exact same reaction Clifford has when Misty leaves him for Mickey, though in this case it’s because Misty thinks Clifford is “a lousy pimp. He’s a hell of a nice guy, but he’s a lousy pimp.”

On the other hand, Clifford is also an early incarnation of Jules Winnfield in Pulp Fiction, the badass Bible-quoting hitman gloriously played by Samuel L. Jackson.

Everything about Clifford screams Jules: the bad ass attitude, the suit, the thick 1970s style moustache, and of course the jheri curl. Clifford’s most bad ass line: “Your ass is grass, and I’m the lawnmower!” Surely this is something Jules would say.