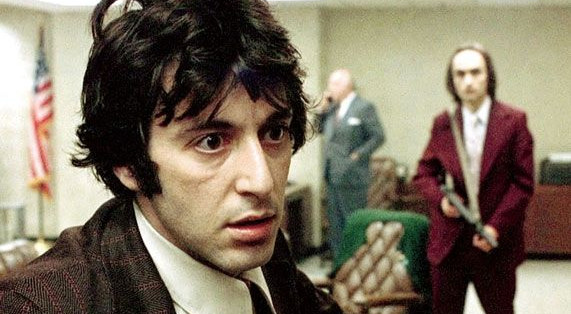 Sidney Lumet is a director whose filmmaking career spanned exactly 50 years, starting with “12 Angry Men”, a legendary film of the golden age, and concluding with “Before the Devil Knows You’re Dead”, arguably one of the most underrated films of the 21st century.

It is perhaps one of cinema’s great tragedies that this man is not as commonly mentioned as Martin Scorsese, Ridley Scott and Steven Spielberg, all of whom refer to him as one of the greatest filmmakers of their time.

However, just because Lumet’s name is not mentioned often in conversation does not mean his influence hasn’t been felt. Among the following films, it’s almost impossible not to have seen at least one of his groundbreaking films: “12 Angry Men”, “Serpico”, “The Pawnbroker”, “Dog Day Afternoon”, “Network”, “Murder on the Orient Express”, “The Verdict”, “Prince of the City” and “Before the Devil Knows You’re Dead”.

Something that defines the best directors is their attention to detail, key moments, and crucial ideas, and within Lumet’s films, his key moments circulate his performers. It is his close watchfulness of his performers, bringing out the best of the greatest and surprising us with notes otherwise unbeknownst in that actor’s filmography.

These are a collection of just 10 performances from only male performers, but honorable mentions can be found within Rod Steiger’s tragically compelling lead in “The Pawnbroker” and Sean Connery’s brilliantly mischievous part in “Murder on the Orient Express”.

10. Albert Finney as Hercule Poirot in Murder on the Orient Express 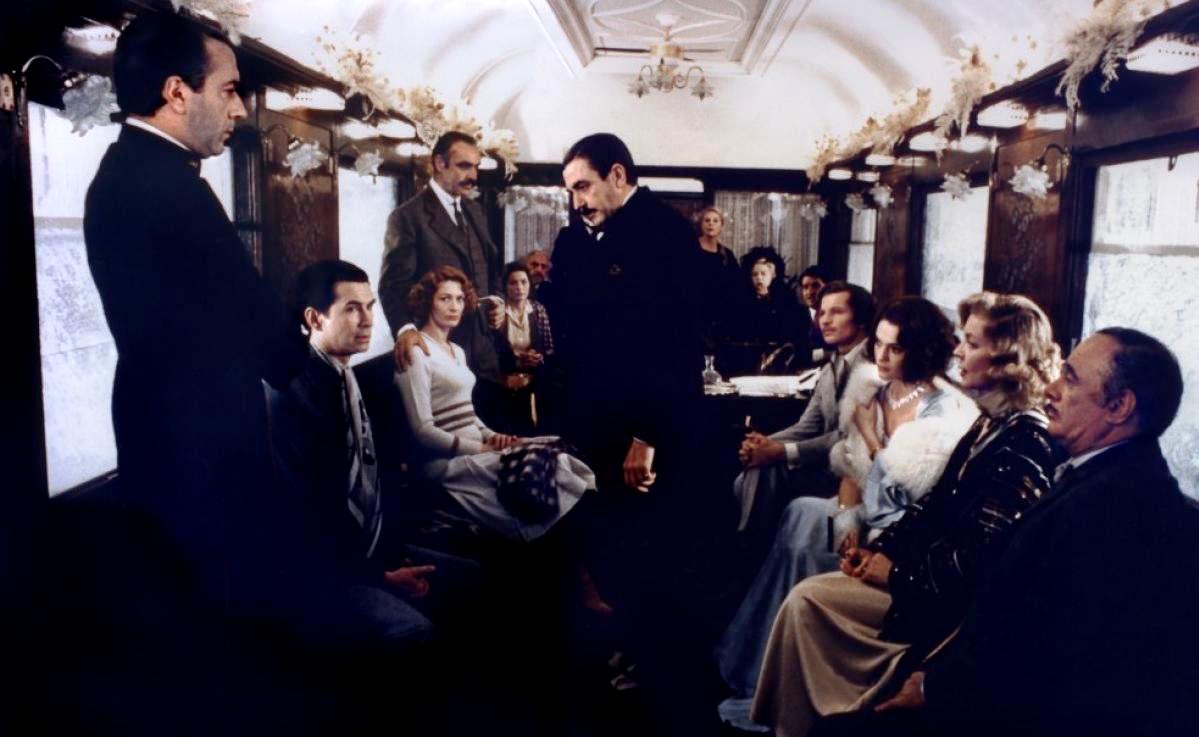 In what is considered one of three films of Agatha Christie’s work that she loved, Albert Finney gives what Roger Ebert labeled as a transformative turn as iconic and beloved detective Hercule Poirot.

With some of the best ever turns from multiple incredible performers (Lauren Bacall, Ingrid Bergman, Sean Connery and Anthony Perkins) it is Finney’s completely unrecognizable turn at this retired detective that draws together this film’s suspenseful and diegetic mood.

Finney is uniquely charismatic, although usually a far more masculine and gritty presence onscreen. Here, he brings a uniquely smooth and reactive energy that makes this performance, as well as his turn in Lumet’s final film, two of his biggest standout performances in an excellent filmography. 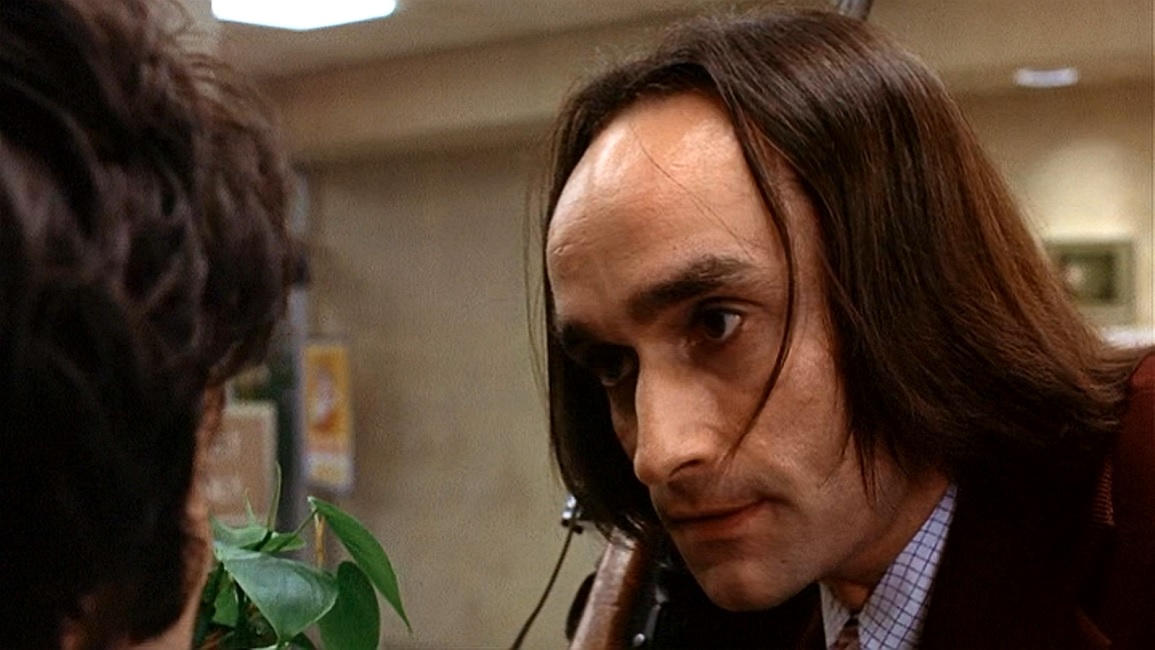 Few actors have left such an impact with so few people knowing their name as John Cazale. He is the only actor whose every film received an Oscar nomination for Best Picture, all of which constituting classic landmarks of cinema history: “The Godfather”, “The Conversation”, “The Godfather Part II”, “The Deer Hunter”, and of course, “Dog Day Afternoon”.

Al Pacino once said “all I ever wanted to do was act with John. He was my acting partner.” Lumet himself stated “One of the things that I love about the casting of John Cazale was that he had a tremendous sadness about him. I don’t know where it came from but – oh my God it was in every shot.”

One could easily consider how Cazale was the perfect acting partner for Pacino, balancing his character’s erraticism perfectly with a blend of bubbling anxiety and escalating despair.

Sal is the threat; when Pacino’s Sonny feels threatened, he pushes the image of Sal with a gun ready to shoot. But we see far more to him than that because of Cazale’s harrowed portrayal.

We know every odd desire and quirky reason that inspired Sonny to rob this bank, but we have no clue as to why Sal wants it. It is not greed, as Sal would not have been played with such fear and confusion; we see the desperation in the blacks of Cazale’s eyes, and we know he has something to lose because he worries about the health of the tellers when they begin smoking.

The film itself is a tour de force, merging the powerful performances of its leads with a taut script that goes far beyond its humorous potential, and it humanizes its antagonistic leads and it fleshes out their characters in every beat. And because of Cazale, we get more than an archetypal partner in crime – we get a human being.

8. River Phoenix as Danny Pope in Running on Empty 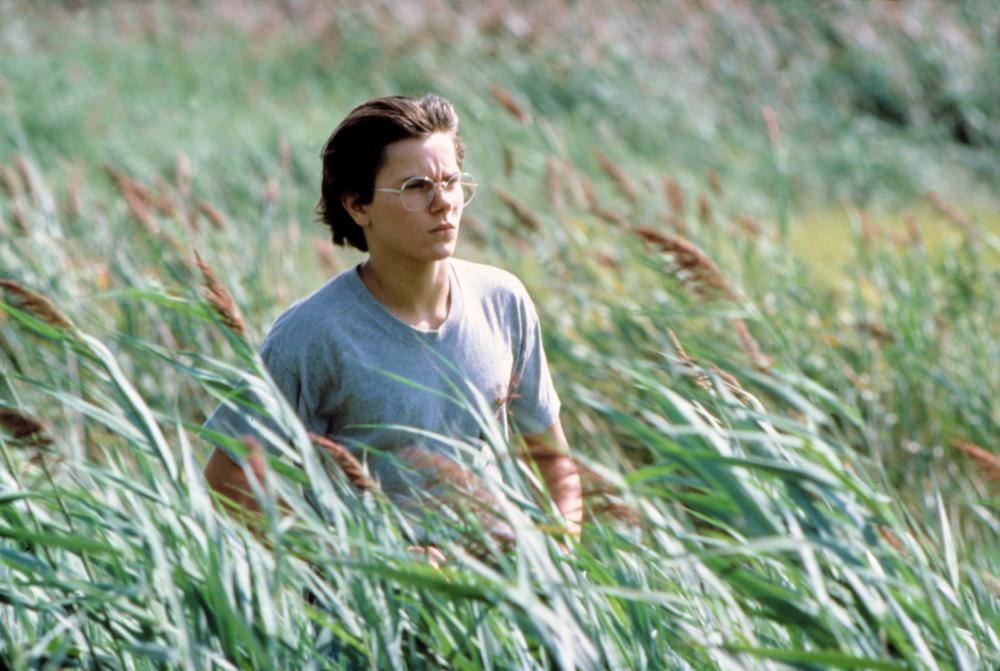 Although his turn in “My Own Private Idaho” is the one River Phoenix is remembered most fondly for, it is in “Running on Empty” where he reveals the true depths of his talent and cinematic power, which will never fully flourish. Danny Pope is the eldest son of the Pope family, who’s been on the run since his parents were much younger for their part in the bombing of a building.

Perhaps one of the most chilling things we witness in this film is near the very beginning, whereupon the Popes, who are forced to flee yet again, set their dog loose on the street and the children simply let it go and accept it.

These children have become so used to the inability to live a normal life that it is harrowing to watch. The Popes are not condemned for their actions in the past; we simply witness the impact of the consequences on their lives so far into the future, and when Danny wins a scholarship to a music school, he must suffer for the sins of the father.

It is a difficult story to tell, and performed by lesser actors or with weaker direction, this would have become a mediocre soap opera. Fortunately, it wasn’t and instead, it stands as a testament to Lumet’s legacy and Phoenix’s only Oscar nomination.

Although Danny is not the primary focus, there is no doubt that he steals every moment and until we step back onscreen, we are caught up with concern for him.

Danny is a uniquely soulful character, with a future that may bring him incredible success at the loss of his family, or he must continue running to stay with them. This is the dilemma he faces, and under Phoenix’s intelligent hand it becomes ours as well.

7. Treat Williams as Daniel Ciello in Prince of the City

Lumet refused to dissolve into mediocre filmmaking after his incredible legacy of the 70s, with one of the longest, most exhilarating, and least showy films in his filmography, and it is a masterpiece.

“Prince of the City” is a grueling crime drama that entangles us as viewers in a net of corrupt cops, dim lighting, and lots and lots of drugs set in the festering heart of a darker New York City.

At its centre is Treat Williams as Daniel Ciello; a corrupt cop who’s forced to investigate the deeds of his fellow officers or else. He agrees on the condition that he’ll rat on anyone but his friends, and the crux of the problem is the fact that they deserve to be punished.

Although Al Pacino was initially offered the role, he was forced to turn it down, and critics agree that they could see no one else play this role better than Williams.

A virtually unknown name in cinema, his turn in this film implicates the potential for what could have been a legendary future (especially with his follow up in “Once Upon a Time in America”), and we watch as Williams comes undone to the point of total breakdown as the film progresses.

We see his fear, anger, stress, suffering, tears, screams, and laughs, and it is taken in and believed wholeheartedly. Close-ups highlight key things that maybe even he did not do consciously; his embodiment of the character is impeccable and without his acting power, this film would have fallen apart entirely.

An iconic performance in a landmark film. Al Pacino received his second of what would be four consecutive Oscar nominations, and his first Golden Globe, as straight cop Frank Serpico.

Pacino rarely puts on an innocent face; even when playing a cop, he often has some weight or baggage. However, he presents Serpico – at least initially – as an innocent, upbeat guy just wanting to do the right thing.

What could easily be mishandled as a cheesy in-your-face morality tale becomes a gripping cop drama, as we watch the subtle notes of bitterness and resentment leak into Pacino’s performance. His character becomes corrupted – not in the moral sense but in the sense of goodwill and joviality – and the world knocks him down and he gets up slower and slower each time.

The story tracks Pacino in an interesting fashion; one that would inspire Martin Scorsese’s “Casino” to open with something climatic and potentially fatal, then track back to where it all began.

Serpico is out, he’s graduated and he’s ready for his first assignment, his first collar is beaten under interrogation, and he starts to see the reality of the New York police force, but he finds a more conventional and far kinder way of getting information: coffee and a talk.

Perhaps one of the most intriguing and brilliant things about his turn as Serpico is how the film simultaneously battles to wipe away the glamorous “beauty” of New York City, whilst pushing to show that it still has some good to it. Pacino and Lumet come together to humanize the city and its people, and honor a cop who wouldn’t take money, and it turned out immaculately.