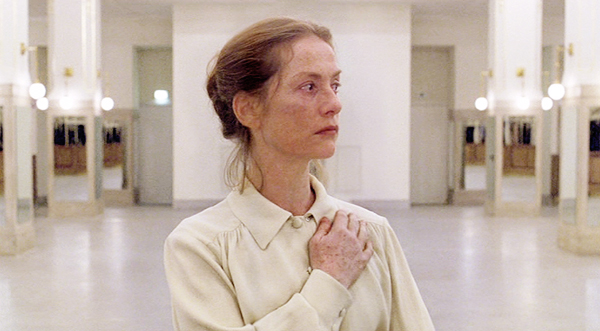 After all his hard work, I think it’s fair to say that Michael Haneke is a master filmmaker.

He has made 11 outstanding movies, winning the Palme d’Or for his two last ones. If he accomplishes this feat once again with his new film “Happy End”, to be released in 2017, Haneke would be the only director to win the award three times. This also would prove that he hasn’t done anything but better his style and techniques since he started making movies.

The aspect of cinema in which he seems to specialize in is directing actors. Haneke directed plays for a long time before becoming a movie director, and he must have learned the ropes from his stage directing years, which granted him skills for making the performances in his films believable and passionate.

Here are the best 10 (spoilers included):

In “Caché”, a family starts receiving mysterious tapes and drawings from an unknown source. Soon after, all arrows point to a shady gentleman who has a hidden shared past with the protagonist. That gentleman, called Majid, is played by Bénichou.

Majid’s character is strange; he always seems to be hiding something. He’s ambiguous in his purposes, which greatly frustrates the main character.

Bénichou plays him calmly; this actor doesn’t need grandiloquent gestures or screams to express that Majid is dangerous, as his life has been hard and he wants to confront the ones who he considers to be responsible. His cold ways are terrifying and a key part of Haneke’s suspenseful thriller.

Best Scene in the Film: Majid meets with the protagonist, whom he thinks harmed him when they were kids. After a few exchanges he kills himself, cutting his own throat with a knife, splattering blood everywhere.

We don’t know the true character of the doctor until late in the film. He has two loving children, his wife died in childbirth a few years ago, and he seems well regarded by the villagers.

He returns home after a while, still recovering from his dubious accident. Then we start finding out who he really is. Bock’s character was having sex with a midwife (even when his wife was still alive) and presumably got her pregnant. The doctor was also sexually abusing his young daughter, in secret. The movie suggests that someone found out about his crimes and made him fall off his horse by setting up a cable in his road home.

Bock plays this horrible person with cold gestures; the doctor doesn’t seem to feel any kind of guilt, but instead thinks he’s in some way justified.

In the short screen time he’s given, Bock makes us hate his character in a matter of minutes by showing us his bad temper and sinful ways.

Best Scene in the Film: After having sex with the midwife, he proceeds to shame her in every way possible, destroying her confidence and spirit with the power of mean words. The doctor is a paragon of cruelty and selfishness in this scene and Bock captures this wonderfully.

Pitt’s job in this film (and apparently Haneke’s as well) was to take the audience hostage and make them feel nauseous and outraged at the intense violence being portrayed onscreen.

Michael Haneke has stated that his goal with “Funny Games” was to make people feel the same way they would if they were watching the violent scenes, depicted in the film, in real life. Contrary to the banalization of violence, of which mainstream Hollywood movies are guilty.

It’s hard not to hate Pitt’s character when he’s smothering a little boy with a pillowcase to force the kid’s mom to undress, like it’s amusing to him. Paul (Michael Pitt) and his partner Peter (Brady Corbet) inflict all kinds of abuse to an upper middle class family in their vacation house.

Sometimes he breaks the fourth wall, only to tease the audience about an incoming plot development or to mock the general expectations of this type of story.

His performance is bold, even funny at times; it must be hard to play a psychopathic character with such ease. Paul manipulates and mocks his victims, making the audience feel impotent for not being able to do anything to help this unlucky family.

Best Scene in the Film: In what can be considered one of the greatest scenes in cinema, Paul goes to the kitchen to make a sandwich. Meanwhile, Peter is threatening the family, playing a game in which the loser dies. Not caring about the constant moaning and desperate screams that fill the house, Paul continues with his task, calmly, and even when Peter shoots one of the family members with a shotgun, he doesn’t show a single trace of emotion while blood is splattered all over the living room.

Michael Haneke holds a particular interest for psychopaths, as it is evident in his filmography. In “Benny’s Video”, Arno Frisch plays one named Benny. He’s a 14-year old who gets alienated from his environment for watching movies and TV all day, every day.

Given that he’s no longer aware of the distinction between reality and fiction, Benny murders a girl his age just for the sake of it.

The aftermath of the protagonist’s crime is one of the most creepy and weird scenes in film. Benny gets naked so his clothes won’t get blood stained, he films his victim for a bit, and then he proceeds to clean up the blood very slowly and sloppily.

Frisch (who then went to play one of the psychopaths in the Austrian version of “Funny Games”) captures the nihilist attitude of the protagonist perfectly. After committing murder, Benny doesn’t care about anything anymore; instead he chooses to harm everyone he knows. Frisch does all this with indifference, as his character is indifferent. The coldness and lack of emotion behind the eyes of a monster will haunt your dreams for awhile.

Best Scene in the Film: Benny shows his parents the footage he recorded of the murder. They watch with repressed panic as their son shoots a little girl with a cattle gun, several times. The protagonist sits in his chair like he’s proud of what he did. 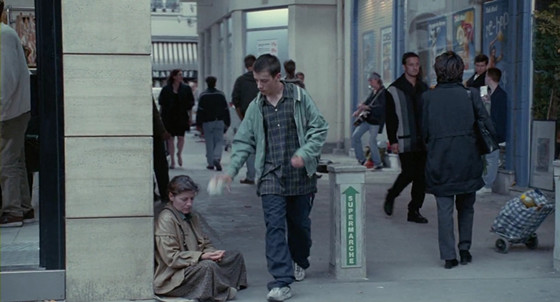 In “Code inconnu”, Romanian actress Luminita Gheorghiu plays a beggar who is condemned to roam the streets of Paris to make a living, after fleeing her homeland in an attempt to achieve better life standards and send money to her family.

After an unlucky incident regarding a young man who threw a plastic bag at her with disgust, another youngster is enraged by this disrespect and forces him to apologize to Gheorghiu’s character, named Maria. Things turn violent, cops get involved and, long story short, Maria is getting deported for being an illegal immigrant.

Maria doesn’t talk much, but it’s easy to see the despair painted all over her face. She gets emotional when hugging her husband after a long time without seeing him, and we see how Maria is an important figure in her family; she’s respected and only wants to see her love ones thrive. Gheorghiu expresses Maria’s joy wonderfully when her situation gets better but soon returns to a sad stage, making her experience more bitter than sweet.

Best Scene in the Film: Maria tries to get back into France with a group of other countrymen. She plans to sell newspapers with a borrowed license from a friend of hers. Sadly, she’s not able to get the documents from her friend and realizes that she will have to become a beggar once again.

Gheorghiu shows us the desperation of Maria, as she tells the heartbreaking story of how she ended up in the streets. After feeling disgust for a beggar, she herself became one, for taking a few wrong decisions; this makes Maria feel like a horrible person, and the fact that she would soon have to go back to that reality frightens her deeply.