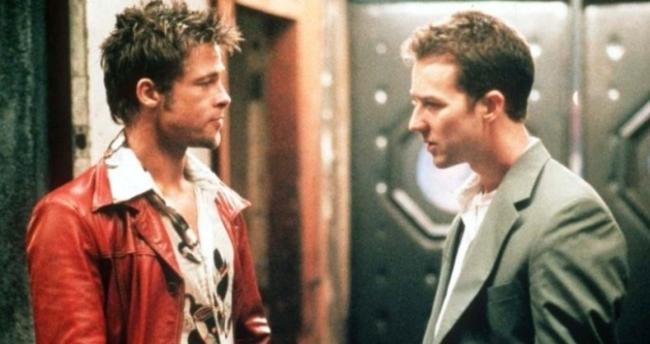 Since the early 1990’s American director David Fincher has masterfully engineered a number of stylish and thought-provoking crime thrillers, complex dramas, and even a noteworthy biopic, rarely missing the mark in his impressive career choices.

Initially inspired to go into filmmaking by 1969’s dramatic Western “Butch Cassidy and the Sundance Kid,” Fincher started out in the visual effects department. As an assistant cameraman for his next door neighbour, George Lucas, he worked on a well-known science fiction epic, “Star Wars Episode VI: Return of the Jedi.”

Originally directing a number of music videos for the likes of Aerosmith and Madonna, he eventually picked up his first motion picture project, the ill-fated third part of the space horror saga, “Alien 3.” He has since disowned the film due to several problems behind the scenes including a plagued production involving studio interference, which resulted in Fincher’s only substantial misstep.

After a short hiatus, Fincher went on to produce a number of seminal works, critically acclaimed and cherished by film fans across the globe. He has consistently created unique and ground-breaking stories, full of jaw-dropping plot twists, intense and atmospheric camerawork, and remarkable characters, cemented in cinematic history by the high calibre of the actors who portrayed them.

His characters, often obsessive and isolated types, exhibit traits such as megalomania, loneliness, nihilism, and paranoia. It is these elements that have consistently been a fundamental aspect of every film he has created, most frequently blending the psychological thriller genre with intriguingly crafted character studies. Here are the ten finest performances in David Fincher films to date.

A role which was originally offered to Al Pacino during pre-production, it would now be difficult to imagine anyone else playing veteran Detective Somerset now. Freeman embodies the authority and cynicism of a seasoned police officer with an expert knowledge of how the system does—and doesn’t—work. A classic Fincher character, with typical loner attributes, he acts as a voice of reason and experience for his partner, Brad Pitt’s Detective Mills.

Guided by a smart narrative and unnerving plot twists, “Se7en” was a truly game-changing thriller. David Fincher was understandably right to have his reservations about any film offered to him at this point, having not read a script for over year following the disastrous experience he endured on the production of “Alien 3.”

After eventually being shown a draft of “Se7en” once David Cronenberg and Guillermo Del Toro had rejected it, Fincher grew to love the story and was drawn to its harrowing delivery of inhumanity. It is a film not afraid to be remorselessly macabre.

In a role that immediately followed his Oscar-nominated performance in the prison epic, “The Shawshank Redemption,” Morgan Freeman is captivating. His partnering alongside the equally mesmerising Brad Pitt was a stroke of genius that creates a fascinating chemistry. Without question, it is the complexity of Somerset’s character that is at the heart of the film, but it was Brad Pitt, however, who went on to work with Fincher again.

Following the critical acclaim he garnered for “Se7en,” Fincher wasted very little time. Next to appear on his slate was “The Game,” a film that, upon its initial release, was met with a mixed reception by film fans and critics alike.

However, as years have passed, “The Game” has aged admirably and is now appreciated for its cinematic achievements both in its menacing, haunting camera work, as well as its outstanding performances, from the likes of Sean Penn, Deborah Kara Unger, James Rebhorn and Michael Douglas, at an all-time career best.

“The Game” was another psychological thriller, a genre Fincher only occasionally steers away from, in which a lonesome, rich banker, Nicholas Van Orton, played by Michael Douglas, is given a unique and intriguing birthday present by his insubordinate brother. Van Orton is a man with an obsessive control over his life, preoccupied with clinically demanding order, leading a rigid existence centred on his successful career.

It is only when his brother, Conrad, played wonderfully by Sean Penn, offers the strange birthday present that Nicholas is forcefully dragged away from his grey existence, leading him to go on a journey of self-adjustment.

“The Game” is another perfect example of Fincher’s stellar ability to create an unsettling atmosphere through his poignant camerawork. At the film’s core, Michael Douglas is amazing as the greedy, self-centred businessman. As an actor who so naturally personifies smart and cold, as well as innocent and angry without falter, “The Game” is predominantly Douglas’ showcase for a character study, showing the inner journey that Van Orton takes.

And yet, Douglas never outplays the changes his character goes through, illustrating an obsessive man overcome with paranoia, seeing everyone and everything as a potential threat to his existence, as his monotonous life is rudely disrupted when his brother arrives on his birthday.

The film adaption of F. Scott Fitzgerald’s short story marked the third collaboration between David Fincher and Brad Pitt following their successful work on “Se7en” and “Fight Club.” Here they step away from the usual psychological thriller genre, and undertake the fascinating and heart breaking tale of Benjamin Button, an ill-fated man with an a unique condition that makes him age in reverse.

Born as an elderly man, he leads an unordinary life as he progresses towards adolescence, and yet devastatingly he must watch as those he loves age and die in the traditional fashion.

A remarkable film, “The Curious Case of Benjamin Button” shows a much softer side to David Fincher, whose skilful attention to detail here is second to none, making a breath-taking three hour drama from simple yet compelling source material with the help of screenwriter Eric Roth.

With a cast of peculiar characters brought to life by a host of mesmerising actors, including the likes of Cate Blanchett, Tilda Swinton, and Taraji P. Henson, who was nominated for the Best Supporting Actress Oscar for turning in an enchanting performance from a clichéd character, a nurse who adopts an unwanted Benjamin in the early years of his life, acting as a mother figure throughout.

Brad Pitt fills the lead role of Benjamin Button with a profound depth and sensitivity, as he wonderfully portrays all the three segments of his abnormal life. It is the middle section away from his bizarre reversed youth and elderly years which stands out from the rest, and this is where he meets Cate Blanchett’s Daisy and becomes entranced by life and love. In a film held together by the warmth of its character, the pair are mesmerising together, forming a beautiful bond that is both constantly heartfelt and sincere.

In 2010 David Fincher created a biopic revolving around the alleged creator of Facebook, Mark Zuckerberg. The film follows his time at Harvard University and the engineering of the now substantially popular and successful social media platform. Most intriguingly not shying away from Zuckerberg’s flaws as a human being during his rise to internet power, the film poises the suggestion that the initial idea for Facebook was not Zuckerberg’s, but that of twin brothers, Cameron and Tyler Winklevoss.

Adapted for the screen by from Ben Mezrich’s book “The Accidental Billionaires: The Founding of Facebook, A Tale of Sex, Money, Genius and Betrayal,” Aaron Sorkin picked up the Academy Award for Best Adapted Screenplay The film was also a gateway for a number of actors rising through the ranks of Hollywood, including Armie Hammer as the pair of belligerent Winklevoss twins, Andrew Garfield as the betrayed Eduardo Saverin, and Jesse Eisenberg for his depiction of the internet entrepreneur himself.

Eisenberg is extraordinary in the lead role, portraying the media tycoon as an ostentatious, egotistical, arrogant character, yet somehow sitting on the fine line between being a remarkable protagonist you want to see succeed in his endeavours, and a narcissistic antagonist who mistreats anyone who stands in his way. It is a truly magnificent performance to behold, expertly caught on film by Fincher’s ground-breaking directional work.

While remaking foreign language films has never proved to be a particularly fruitful market in the United States, Fincher approached his task with an admirable confidence and went on to produce a worthy adaption of the original film, which was, in turn, based on the book of the same name by Swedish novelist Stieg Larsson.

Starring some of the finest actors of recent years, including Daniel Craig, Stellan Skarsgard, and Rooney Mara in lead roles, the film was in safe hands from the beginning, and despite its criticisms for not being innovative or daring, “The Girl with the Dragon Tattoo” was praised for its addictive pacing, its attitude towards the source material, and for its unsettling visuals—reactions to Fincher’s work that have since become the norm, summing up his ouevre as stylized, well-paced, and gloomy above all, but rarely very challenging or philosophically daring.

At the heart of the crime thriller is its female lead, the young computer hacker Lisbeth Salander, played by Rooney Mara, assisting Daniel Craig’s journalist, Mikael Blomqvist, to uncover the mystery surrounding a woman who has been missing for over forty years.

A role which was first offered to Noomi Rapace following her stunning work on the original Swedish trilogy, and a role rejected by Natalie Portman due to fatigue, Lisbeth Salander was eventually offered to Mara, who had previously worked with Fincher on “The Social Network.”

Mara, who undertook a gruelling casting process and sat through all the body piercings for the role rather than opting for cosmetic simulations, completed a superb performance, living up to the expectations put in place by Rapace’s original portrayal.

It was this role as Salander that has been fundamental in showing audiences that Rooney Mara is a capable and diverse actress, opening a number of doors in her career and allowing her to take on several roles in award season nominees such as “Carol” and “Her,” which will only serve to further elevate her portfolio.