Based on the story of a real life serial killer who operated between the 1960’s and 1970’s in the California area, the Zodiac Killer suggested that he murdered thirty-seven people, but only seven were ever confirmed.

The name ‘Zodiac’ was taken from the cryptograms and cyphers that were sent to the local newspapers to taunt the authorities. An unresolved case to this day, it has led to a number of private investigators and obsessives to try and uncover the veracity behind the mysterious killer, successfully reopening the case on more than one occasion due to glimmers of new information being solved or discovered.

While Fincher has often used the concept of obsession as a centrepiece for his films, it is “Zodiac” that most effectively delves into the depths of preoccupation and fixation.

Revolving around its three lead characters—Mark Ruffalo’s captivating law enforcer, David Toschi; Robert Downey Jr. in one of his best performances to date as the wayward journalist Paul Avery; and finally, Jake Gyllenhaal as Robert Graysmith, the newspaper’s daily cartoonist-turned amateur investigator—as they each become enthralled with solving the murder mystery, causing a number of substantial strains on their families and their working lives.

Jake Gyllenhaal’s depiction of an ordinary man who will stop at nothing to feed his compulsive attitude is breath-taking, as he proceeds further and further down a never-ending rabbit hole of dead ends and partial clues that only raise further questions.

The film follows the true crime novel that Robert Graysmith wrote about the enigmatic case, following through with Graysmith’s real life theories and suggestions. The ending asks the question: How much can an obsession with one idea blind you to contrary evidence? 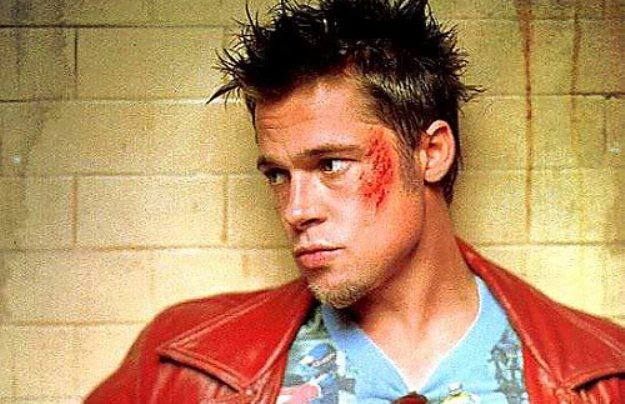 Based on the novel of the same name by Chuck Palahniuk, Fincher’s game-changing psychological masterpiece “Fight Club” produced a number of career best performances.

In his second pairing with Fincher, Brad Pitt stars as the charismatic Tyler Durden, a soap salesman who encounters Edward Norton’s nihilistic white-collar narrator, on a long-haul business flight. The pair then co-found an underground club (that you’re not supposed to talk about) in which grown men can turn up and hit each other for recreational purposes.

With its gripping script adapted for the screen by Jim Uhls, and Fincher’s grasp on the source material, the pair engineered an ambitious and revolutionary piece of cinema. The film features faultless performances from Edward Norton, Helena Bonham Carter, Meat Loaf, and a never-more-in-shape and on-form Brad Pitt.

In what stands as one of his boldest and most unapologetic character depictions so far, Pitt’s Tyler Durden is a comically dark creation, fearlessly controlling each and every scene he is in. Acting as one half of the two leads, his role is to lead Edward Norton’s character to enlightenment, away from his materialist lifestyle, and awaken him from the grey existence he has been living. No other actor is more enigmatic or compelling than Brad Pitt in the perplexing role of the anarchistic soap salesman.

Fincher’s most recent directional work is 2014’s fascinating, yet terrifying psychological thriller “Gone Girl,” based on the critically-acclaimed best-selling novel of the same name by Gillian Flynn. “Gone Girl” tells the haunting tale of Nick Dunne, superbly portrayed by an on-form Ben Affleck, and his descent into a figure of hatred in the public eye as he becomes the primary suspect in the mysterious disappearance of his estranged wife, Amy, portrayed intensely and beautifully by Rosamund Pike.

“Gone Girl” is arguably one of Fincher’s finest works, a phenomenal story full of smart plot twists, dark humour, and shocking revelations throughout. Its entire cast is at the top of their game, including Ben Affleck, Neil Patrick Harris, Tyler Perry, and Carrie Coon, but it is Rosamund Pike’s character Amy as the subject of the title who stands out the most.

A character that it is hard to talk about without the inclusion of fundamental spoilers, she spends the first half of the feature unseen. Her voice is heard through entries in her diary and clues left for Nick as he and the police investigate her disappearance.

In the second half of the film, however, Amy’s absorbing character truly develops. While her diary entries depict her as an innocent and vulnerable woman, loved by all she meets, yet trapped in a devastating loveless and violent relationship, it soon becomes clear that this persona is a cover-up for the manipulative and evil character she in fact turns out to be.

Stopping at nothing to get what she wants, Pike is mesmerising as Amy, terrifyingly devoid of a moral compass, uninterested in whom she harms either physically or mentally along the way. Pike finally has a worthy outlet to show her incredible capabilities as a diverse and powerful performer.

Despite only appearing in the second half of “Se7en,” Kevin Spacey is breath-taking. In one of his standout career performances, he plays the illusive John Doe, the brutal and intelligent serial killer at the centre of the psychological thriller. Without question, John Doe is one of the most sadistically evil and horrendous characters ever created on-screen, perfectly executed by Kevin Spacey, all done without ever being seen actually killing anyone on-camera.

Serial killer John Doe utilises the seven deadly sins as themes for his murders, and while all are truly harrowing acts of the macabre, the most noteworthy of his victims are those who suffer at the hands of gluttony, sloth, and lust.

It is the character of John Doe who graciously, yet horrifically crafted every single memorable crime scene throughout “Se7en,” the core of Detectives Mills and Somerset’s troubles throughout the harrowing tale.

Rendered extraordinarily by a bald-headed Kevin Spacey—a last minute appearance characteristic that he decided to undertake on the day of filming—who was only recruited for the role a mere two days prior to filming, deciding himself to be left out of all principal marketing and advertising campaigns for the picture to further assist in the jaw-dropping effect of the big reveal when John Doe intentionally appears in front of Somerset and Mills at the midway point of the film.

The role of John Doe was predominantly set to be given to pop band R.E.M’s vocalist, Michael Stipe, following the previously-considered Val Kilmer rejecting the part, yet the recruiting of anyone besides Kevin Spacey would seem like a misstep now. Undertaking the role after the innovative Oscar-winning performance he had provided in “The Usual Suspects,” Spacey provides an equally mesmerising and complex performance here.

It was these intricate characters that he created in the early years of his now-celebrated career that were solid evidence that Kevin Spacey would no doubt go on to be one of the finest actors of our era.

Edward Norton’s portrayal of the narrator in “Fight Club” is arguably the most memorable individual created within a Fincher film. A successful businessman and insomniac, he serves as an ironically dark message to audience members who are actively in search of the so-called American dream, presenting the negative impacts of mindless materialism in search of job promotions and a lavish lifestyle.

Achieving everything that people crave—a promising career, a luxurious lifestyle, an apartment full of consumer items—does not make the narrator happy. As an insomniac, he is never truly awake or asleep, leading a desolate life of loneliness and depression.

This eventually leads him to search for outlets which will help him release his emotions, in turn, helping him sleep at night. Attending groups intended for people suffering with terminal cancer and other serious illnesses where he can vent his emotions, he finds his release and is able to sleep like a baby. Until he meets Tyler Durden and his life is changed forever.

This is one of Fincher’s most audacious and abrasive films to date, wonderfully attacking—and yet also entrenching—the glamorous lifestyle for which so many of us yearn, tearing it down on one hand, but doing so through the use of lavish, insanely wealthy, and abnormally beautiful actors who epitomise the glamorous lifestyle the film claims to abhor.

With a gripping narrative that produces one of the most inspired plot twists of all-time, “Fight Club” is a pioneer of the thriller genre, crafting interesting characters through gifted actors.

Edward Norton’s role could be considered potentially his finest piece of acting to date, the embodiment of depression and misery, and as the story progresses and his character grows and changes in to something else entirely, there is no doubt that he perfectly executes it at every stage of development. He is masterful and believable as a nihilistic loner with psychopathological predispositions, who will stop at nothing in order to feel alive again.

Author Bio: Dan Carmody, born and raised in Doncaster, England, an area with very little in the way of film connections (The Full Monty was filmed down the road). When not working full time as a Civil Engineer, his one true passion is cinema, relating back to the early 1990’s when his mum showed him a lot of horror films way before he should have been allowed. An avid follower of all film genres, both classical and modern. Also enthusiastic about video games, making lists and cheese.