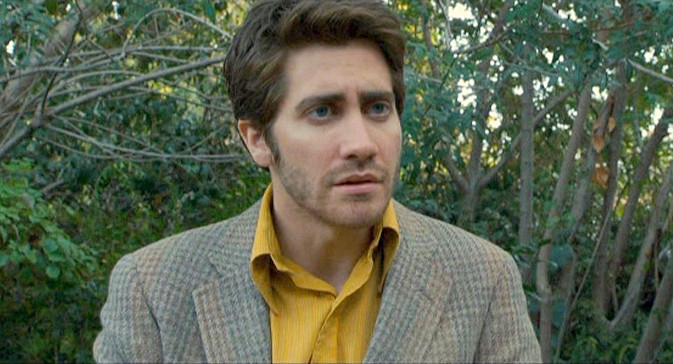 “I killed him because he was talking badly about Juan Alvarez, who’s my friend and I know what he was saying was a big lie.”

What does a killer feel? What makes him or her commit a murder? These are questions we have asked ourselves a thousand times, but we are never close enough to answer them.

There are many movies about murders and serial killers that can get us closer to the answers, but the reality is that those characters are fictional, and they are a reflection of what the writer believes they feel based on investigation.

However, there are movies based on real murders, crimes that happened in real life, and maybe these are the movies that can help us answer those questions.

The real event: Juliet Hulme (15 years old) and Pauline Parker (16 years old) were very close friends; their friendship scared their parents, because back in 1954, homosexuality was considered a mental illness.

Their parents decided to separate them, so they sent Juliet to South Africa. She didn’t want to leave without Pauline, but Pauline’s mother didn’t want to let her go, and the only solution they found was to kill her. They were almost immediately caught and sentenced.

The movie: The film is based on Juliet and Pauline’s story; it tells exactly what happened in real life but with a touch of fantasy. The girls created their own world in a medieval context, where they were other people.

They got so involved in their story that they actually felt like they were living in it, and they even started calling each other Deborah and Charles, instead of their real names, Juliet and Pauline. This fantasy element helps to give sense to the act the girls committed.

Juliet was a very lonely girl whose parents sent her to the Caribbean because of her lung condition. When she got tuberculosis, they put her in a hospital and they went on vacations, and then they got a divorce. It’s pretty obvious why Juliet got involved in their fantasy; she wanted to live a different reality because she didn’t like hers.

This idea is reinforced when at the end of the movie, we see Juliet’s illusion of both girls running to reunite with Juliet’s parents, who hug Juliet and Pauline as if they were their daughters and then the girls share a romantic kiss.

Pauline was also a lonely girl; she had a normal relationship with her parents, but when she met Juliet, she developed an emotional closeness. She felt good around her and she fell in love with her, so much that she didn’t wanted to be separated from her.

The way the film presents the characters, their relationship with their parents, and how they got involved in their fantasy makes us empathize with them and everything help us to understand how they felt.

The real event: Andréi Chikatilo was a serial killer in the Soviet Union; he murdered 52 people, including children and young girls. It’s known that Chikatilo had trouble socializing with women, yet somehow he got married and had two kids.

When he got a job as a teacher, he found out he liked little girls; he was fired from the school after knowing that he assaulted some of his students. He used to stab his victims until he orgasmed, and then he cut their genitals as a trophy and took away their eyes as a personal signature.

The movie: “The Soviet Union doesn’t have serial killers! It is a decadent, western phenomenon.” This line sets the tone of the movie: the government denies the fact that something’s happening and it has to be taken care of. “Citizen X” is centered in the investigation that Burakov is running and all the difficulties he has to pass in order to catch the killer.

From 1982 (when they found the first body) to 1990 (when the killer was caught), Burakov searches for the murderer with no technical support and almost no help from the government.

In the second meeting Burakov has with the big bosses, he asks for four things:
•Manpower
•Computers
•Help from the FBI
•Publicity: tell the media what is happening to warn the parents, so they can take care of their children.

However, he couldn’t get anything, because all of his petitions implied to the world that the Soviet Union had problems and that was unthinkable.

The performances of Stephen Rea and Jeffrey DeMunn are incredible; Rea gives us an amazing detective dealing with bureaucracy matters and compromised to catch the killer, and DeMunn gives us a really creepy serial killer.

The film is a beautiful portrait of the Soviet Union at that time, both socially and politically.

The real event: Aileen Wuornos was a prostitute and a serial killer; she murdered seven men while having sex with them. As a child, she was sexually abused by her grandfather and started to have sex with a great deal of men.

When she became pregnant, she left home and from then she lived on the streets. In 1986, she met Tyria and fell in love with her. Aileen tried to provide Tyria with everything she wanted; she supported her financially, though the only job she knew was prostitution and robbing, and she started killing men and stealing their money and their cars. Tyria talked to the police and told them everything she knew about Aileen; the police found her and caught her in 1991.

The movie: “Monster” is a movie made to understand Aileen’s motives to kill; the way it presents how Aileen falls in love makes us empathize immediately with her, and it’s difficult not to understand her hate towards men and it kind of makes us wonder if she did the right thing.

It tells the story so well that by the end of the movie, Selby turns into a villain into the eyes of the spectator and Aileen into a survivor.

The movie is very transparent with its purpose; it doesn’t try to show an evil or a heartless serial killer, and it’s not about how she killed, it shows why she felt she had to kill and what happened that make her do what she did.

The film is a remarkable piece of work. Charlize Theron and Christina Ricci make a great couple on screen and they both give amazing performances, especially Theron, who won several awards including the Oscar and Golden Globe for Best Actress.

The real event: In 1999, Eric Harris and Dylan Klebold went to their high school with the purpose of killing everyone in the school; 15 people died and 24 were hurt. Harris and Klebold committed suicide right after the shooting.

The kids planned the attack minutely; they knew who they wanted to die first and who they didn’t want to die, they had maps of the institute, and they had an exact date for the attack.

The movie: The film is told by several students’ perspective; it uses sequential shots to follow them into their common activities, and most of the dialogues indicate things the students have to do later or the next day. The whole time we’re watching, we are getting prepared for something that we know is going to happen, but no one can’t stop.

The act the kids committed is violent, but the movie isn’t; there’s no unnecessary blood on screen. The fact that the movie has no score, no accelerate editing and few cuts gives the sensation of reality, which helps to portray the moment.

Some people didn’t like the film because they considered it slow and with no defined plot, but the movie is very clear with what it wants. It won a Palme d’Or at the Cannes Film Festival and is considered one of Gus Van Sant’s best works.

The real event: Ed Gein was a child raised by a very possessive mother; she didn’t let him have friends or talk to anyone. Gein’s family lived on a farm and they had a cattle raising business. When one woman disappeared, Gein was one of the suspects.

The police arrested him and then went to his farm to look for evidence, and what they found was a body hanging from the ceiling without its head and cut in the middle just like a cow.

After that, they found a number of things made with human skin, such as a vest, masks, boxes with body parts, and a lot of bones and skulls. They also found his mother’s body intact in her room. Gein claimed to have just killed Bernice Worden and that he used to steal body parts from the cemetery.

The movie: Gein’s story has inspired many movies and literature, including “Psycho”, “The Silence of the Lambs”, the TV series “Bates Motel” and of course, “The Texas Chainsaw Massacre”.

The film is one the best horror films of all time; it’s very visual, violent and bizarre. The movie warns us since the beginning that what we are about to see is based on a true story, and this affirmation dances around our heads while we watch and increase the fear by thinking that Leatherface actually existed.

The movie has an amazing production design, it has very good performances and achieves its goal in a very remarkable way; all of these are very good attributes for a low-budget film.

The movie keeps the tension the whole time and is a masterpiece of suspense. The camerawork make you feel like if you were watching a documentary, which helps to increase the suspense.