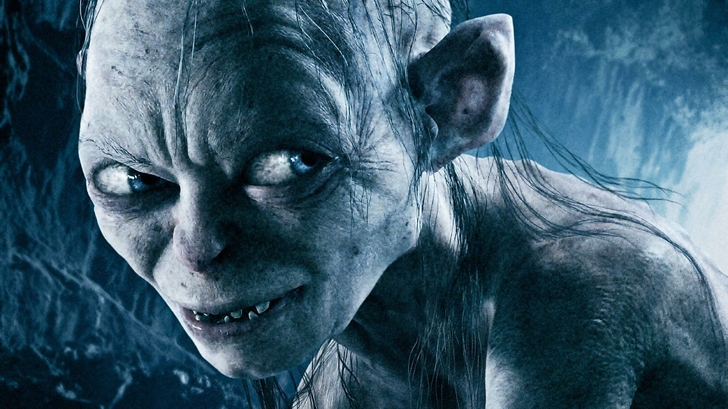 Despite some critics’ dismissal of the craft, claiming it doesn’t constitute “real acting”, motion capture performances have become an increasingly common feature in modern big budget blockbusters. The craft has also been tipped to explode in future years, creating a booming market for mo-cap work.

With soaring budgets and audience expectations for more and more visually stunning cinematography, it doesn’t look like motion capture acting is going anywhere. A traditional performance’s success is typically down to the actor, their co-stars, and the direction they receive. However in motion capture, the team grows incorporating the competence of the team of animators, working to make every expression and raise of the eyebrow translate onto the screen.

A motion capture actor must develop their skills in a variety of physical activities such as gun play, sword fighting, hand-to-hand combat, and gymnastics, as well as hone their general acting abilities. Despite the new job title, the art form’s pioneering Godfather Andy Serkis takes a far simpler approach to the craft, expressing that it serves to bring non-human characters to life and that it really is just “digital make-up”.

The last decade has borne witness to a resounding boom in animation work. The CGI budgets keep getting larger in order to employ the sheer number of staff required to paint the screenwriter and director’s visions.

The following performances demonstrate the cream of the crop regarding motion capture acting, and with such a young art form, one can only anticipate joyfully what the future holds for motion capture cinema.

With such an ambitious story, generations of children’s imaginations to live up to and a beloved 24 foot high character, Spielberg and his talented cast had their work cut out for them. The BFG is a family film that sustains awe with some impressive visuals. Mark Rylance does a spectacular job and pulls a terrific performance out of the bag.

Weta Digital nailed the motion capture work in this film. Each physical nuance to Rylance’s performance is captured superbly, allowing the BFG to truly come to life. He blends sentimentality, humour and tension wonderfully (a classic calling card of Spielberg) and Rylance leads this film brilliantly against the young Ruby Barnhill. His performance has garnered the praise it most certainly deserved. 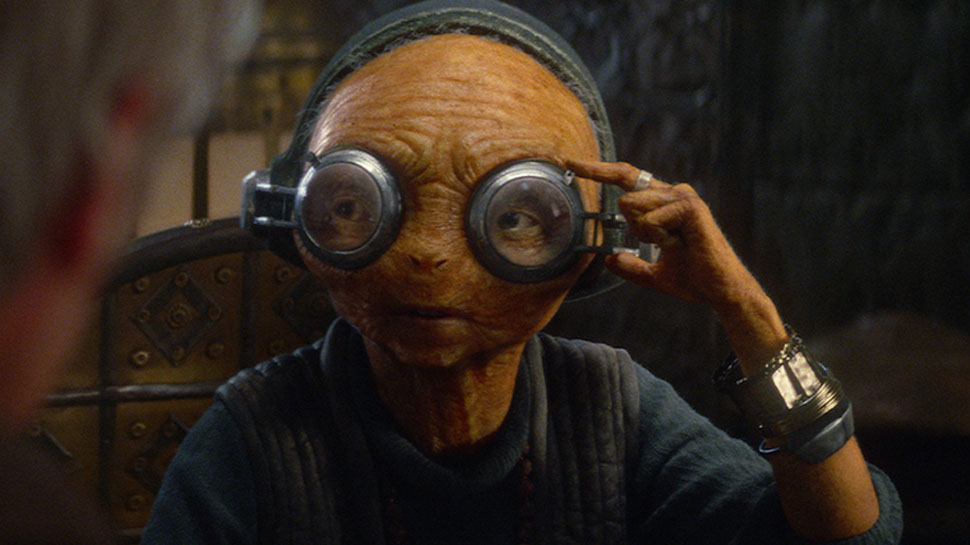 Huge budgets are required to create CGI on the scale we’re dealing with, and The Force Awakens certainly had plenty to play with. From the day it opened in the summer of 1977, Star Wars was synonymous with groundbreaking visuals. Despite Mas minimal screen time, she proves to be a wonderful addition.

Nnong’O’s character provided an early challenge, with Mas standing three feet off the ground. However, the final product is seamless. The dry, wise demeanour of Mas was exhibited particularly well during her scene with Rey, discussing the Force and removing her peculiar goggles.

The animators gave her Yoda-like wrinkles (originally inspired by Albert Einstein) and allowed for the close ups to expose such detail, hugging every micro expression the young actress made. The minor screen time meant that every scene counted for the new character, and Lupita Nnong’O’s brilliant performance demonstrated that Mas was far more than just E.T. with an orange fake tan. 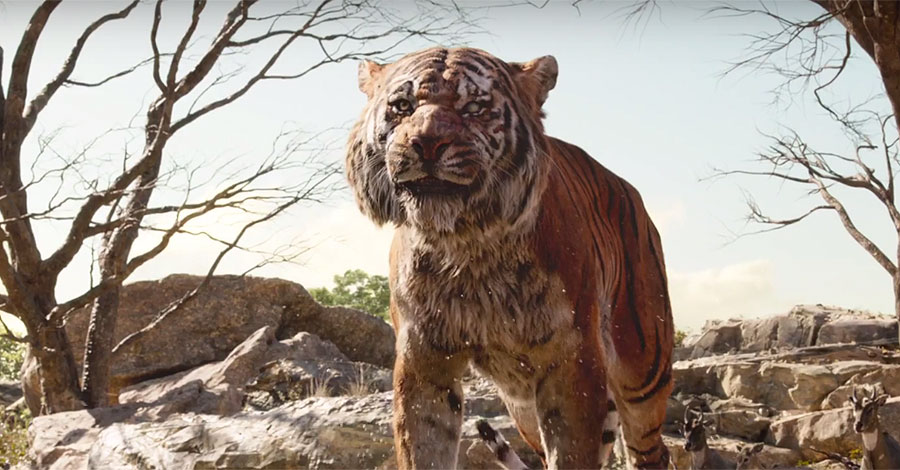 The Jungle Book is a feat of pure technical prowess. The story is familiar as are the characters, so the decision to approach this classic tale with purely CGI animation and shoot nothing on location was bold, but arguably brilliant. Bringing some incredible animating talent to the forefront, Jon Favreau simply had to direct his stars.

The performances were terrific in this film, particularly the looming terror of Shere Khan played fantastically by Idris Elba. Such a stunning portrayal by Elba meant that the set creation and surrounding jungle designs weren’t just for pretty effect.

It is easy to slate a CGI heavy film before the premier because there have been so many CGI messes in the past, but The Jungle Book demonstrates the possibilities for future cinematic experiences. Idris Elba’s expressive depiction of a sinister predator is the stand out performance in this picture that is full of great performances including Bill Murray and Ben Kingsley.

While Crudup can’t take full credit for the role of Dr. Manhattan (his physique was provided by the late Greg Plitt), the serene, detached and overwhelming power of Dr. Manhattan’s portrayal, is down to the performance he delivered.

Fans of the graphic novel (it’s amazing) praised Crudup for portraying such an authentic interpretation of the character. Crudup’s brilliance is fully realised during the scenes on Mars, where his deity-like power is exhibited further and the philosophical psyche of the character is fleshed out.

The film looks stunning to begin with thanks to Zack Snyder’s vision and the aesthetically satisfying blue glow of Dr. Manhattan serves as a stylish highlight. Billy Crudup was able to deliver the complex character that, if read incorrectly, could come across as wooden and emotionless. Instead, the performance is so gripping, so humanly inhuman, and displays a fantastic struggle between a super hero’s power and his link to humanity.

James Cameron’s record setting CGI-fest set a new standard for what could be achieved by animators. Stunning character creations and an astounding fictional planet meant that audiences were captivated and mesmerised throughout. The stand out performance in Avatar was Zoe Saldana. Her performance as the indigenous native Neytiri was utterly gripping.

When viewing Saldana’s finished motion capture work against the raw sensor footage, one can only be impressed by the actress’ conviction and commitment to the role. Cameron developed a motion capture stage to allow for realistic movement in a virtual world.

Cameron also built a specialised camera that sat on a six inch boom in front of the actor’s faces. The footage was then handed to Weta Digital who broke new ground with their scene of Neytiri holding the human Jake. The premier attention to detail meant that the scene holds up as visual reality.

It is easily forgotten, but without the acting chops to deliver a convincing performance, it really doesn’t matter how good the jungle looks. Saldana gave a stunning performance in Avatar and was a true high point of the film.