Generally, there is little to no focus on Scandinavian horror movies, and usually for a good reason. The movies are few enough, and there is far enough between them for the mainstream-international audience to simply not notice them.

However, for the few good Scandinavian horror movies that exists, they are quite versatile. The sub-genres they are made in can cover everything from slasher to psychological thriller, and from splatter to horror-romance, and they can excel in all of them.

The following list contains the ten best Scandinavian horror movies of the modern era. Please notice: the term modern is a very vague term, but for this lists purpose, ‘modern’ is from the early 90’s up until today. At the same time: the definition of Scandinavia is the kingdoms of Denmark, Norway, and Sweden.

Therefore, Finland will unfortunately be excluded from this list, so an honourable mention goes to Rare Exports: A Christmas Tale (2010) and Sauna (2008). 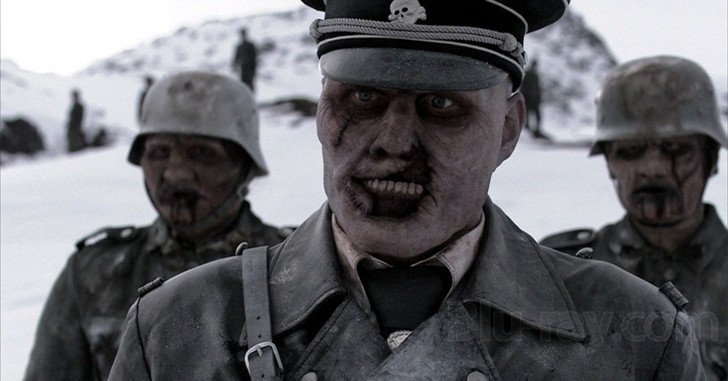 Who would have guessed that thirty years after the zombie crave of the ‘80s, another zombie-splatter-exploitation movie would become popular? And who would have guessed that it would come from Norway, of all places? Dead Snow (Død Snø) follows a group of seven students on their Easter trip to ‘Øksfjord’ (an actual place in northern Norway that roughly can be translated to ‘axe-fiord’ or something like that), where they are attacked by zombies. But not just zombies, Nazi-zombies.

Dead Snow is oftentimes compared to movies like Dead Alive (Peter Jackson, 1992), or other movies of its like, mainly because of the massive amount of over the top gore featured in both movies. Dead Snow manages to blend horror and dark comedy, to a point where the viewer laughs at a guy gets his head split open, but it still manages to keep the viewer invested in the characters enough to root for them.

The best part of the film is undoubtedly the ten minutes sequence of the students fighting the Nazi-Zombie division with a chainsaw and various other weapons, a scene featuring blood and gore enough for a Kill Bill sequence (and coincidentally the director, Tommy Wirkola, also made the Norwegian Kill Bill parody ‘Kill Buljo: The Movie (2007)’).

Those who want a more serious horror movies will probably not enjoy this movie, but those who are willing to throw logic and rationale out the window, and just sit back and enjoy the carnage, will have a great time. But in the end, the tag-line probably says everything you need to know: “Ein, Zwei, Die!” 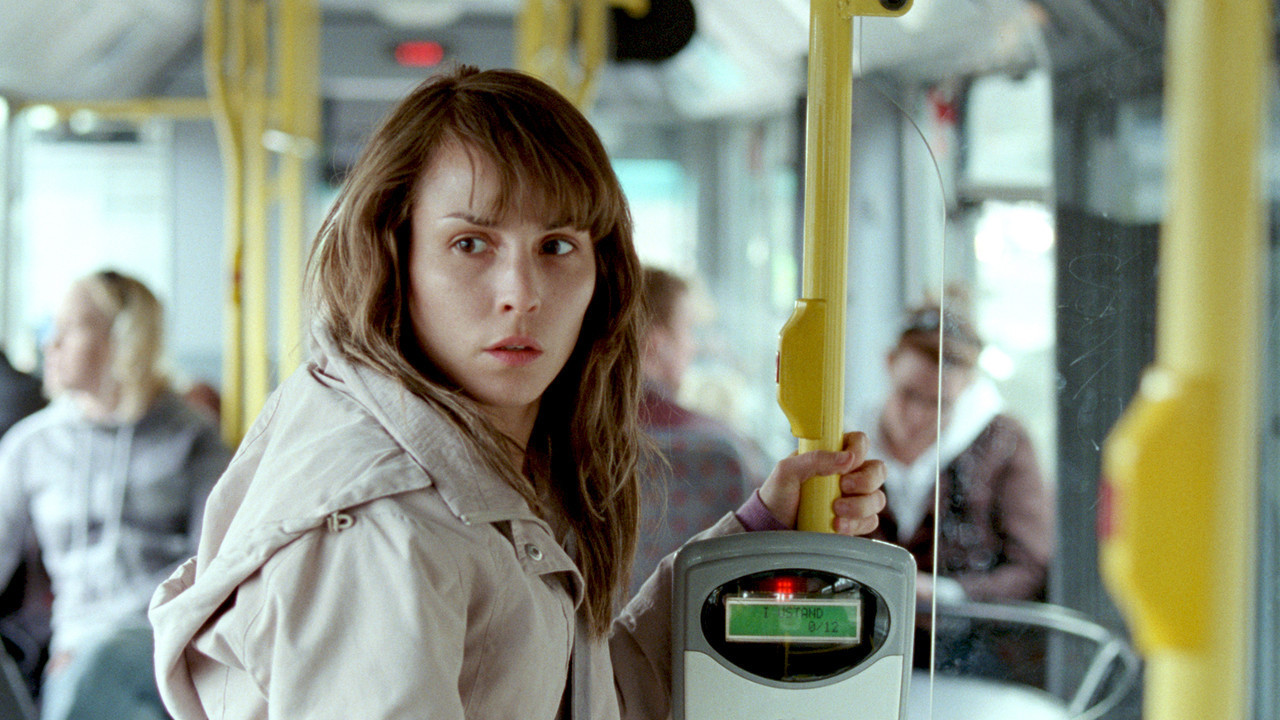 The Monitor is a Norwegian psychological horror-thriller directed by Pål Sletaune. It stars Noomi Rapace (who we know from the Millennium trilogy) as a paranoid mother with an abusive ex-husband. She is a bit too overprotective for her eight-year-old son, leading her to place a baby monitor in his room, but the monitor begins to pick up some disturbing transmissions.

The Monitor is a well-crafted horror-thriller, that manages to create a chilling an unsettling atmosphere and contains some legitimate tension and suspense. It is constructed in a way that gets under ones skin, almost instantaneously it makes the audience feel sympathy for Rapace’s character, largely due to her excellent performance.

The pacing and her performance really makes the audience understand her paranoia. The movie might not be that original, but it is worth watching for the performances alone. 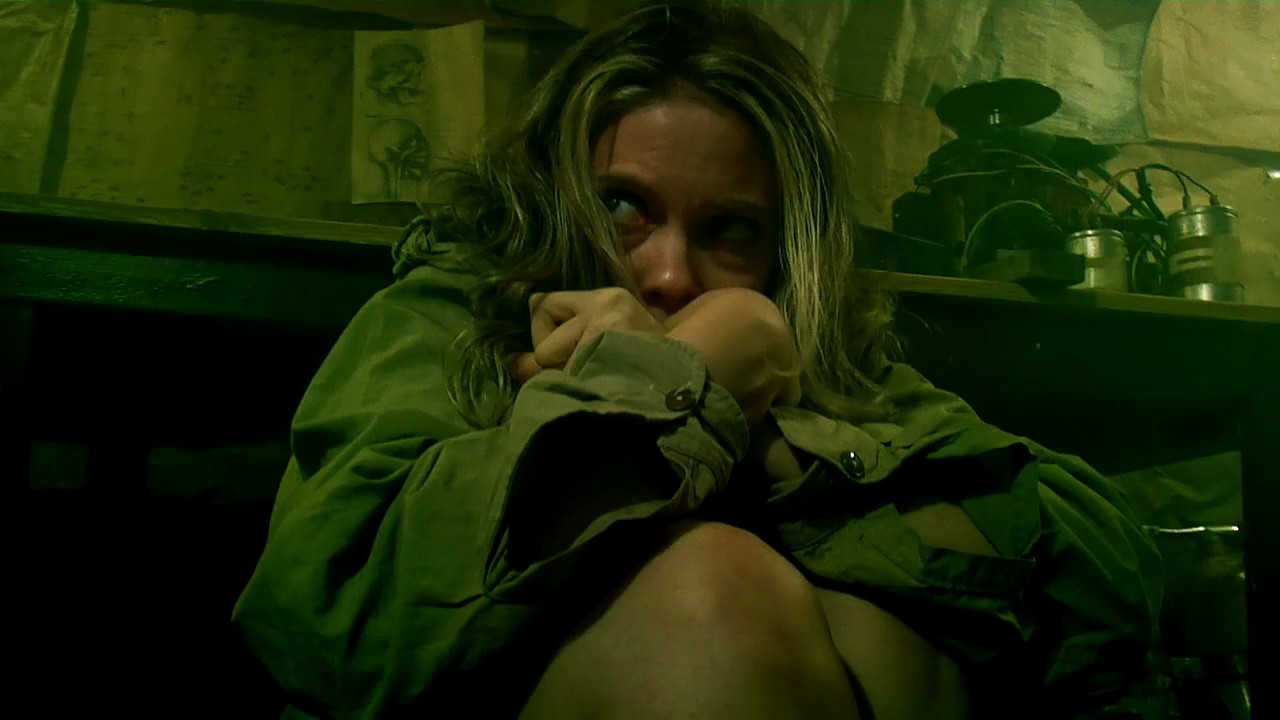 Thale is a supernatural horror movie by writer/director Aleksander Nordaas. It follows Elvis and Leo (Erlend Nervold and Jon Sigve Skard), two crime scene cleaners, who are hired to clean up a house after a death. In the basement of said house, they discover Thale (Silje Reinåmo), a female humanoid creature with a cow’s tail, and they learn that she was the subject of different experiments.

Based on the ‘Huldra’ from Scandinavian folklore, Thale paints an interesting picture of science versus nature, with the innocent and defenceless Thale being under the dominance of the scientists. It is made for an impressively low budget of $10,000, which can be seen in some of the CGI, but for the most part the movie looks surprisingly good.

It is a slow-paced movie, without feeling dull, and it manages to create a sense of dread and suspense. It features a terrific score, the acting is good, most notably the performance by Silje Reinåmo, and it is very well directed.

The movie also features some great cinematography, great set design, and a nice use of colour, all of which becomes even more impressive when the movie has this tiny of a budget. 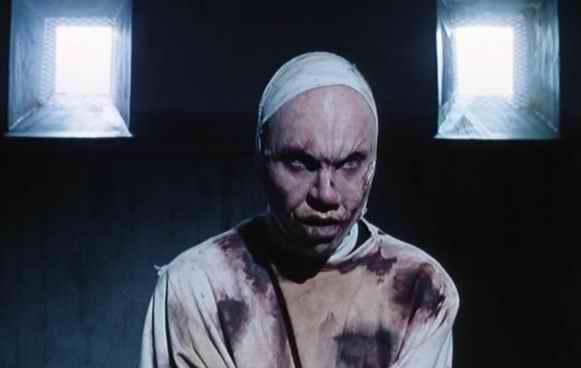 The movie is mostly a parody on the gore fests of the 80’s and 90’s as well as a satire on the mentality that watching violence in films can turn one into a psychopath.

At the same time it includes numerous homages to some of the great horror classics, like Halloween, The Silence of the Lambs, and The Shining, but most notably the Evil Dead movies, with references such as a character named Sam Campbell and of course the title.

As with Dead Snow, Evil Ed features an enjoyably large amount of over the top gore. From the opening scene where the previous editor blows himself up with the most contained explosion to ever come out of a hand grenade (and his boss’s reaction is simply to wipe the blood of his glasses), to the over the top killing spree at the end of the movie. Evil Ed is a fun, over the top, movie with enough gore to satisfy the same audiences who liked Dead Snow. 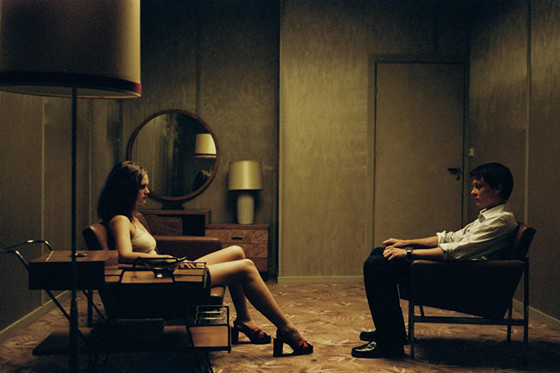 Next Door is the second movie by director Pål Sletaune to appear on this list. It centres on John (Kristoffer Joner), who recently has been dumped by his girlfriend Ingrid (Anna Bache-Wiig). He finds comfort with his next-door neighbours, the beautiful sisters Anne (Cecilie Mosli) and Kim (Julia Schacht). But he soon realises that the sisters know a strange details about him and Ingrid, and it soon becomes clear something is horribly wrong.

The movie is a dive into creepy rooms and the fragile psyche of the characters. It is a claustrophobic psychological thriller with a dark, chilling, and disturbing atmosphere. The plot has enough twists to keep the viewer guessing as to exactly where it is heading. The acting and camera work is very good, the story is interesting and the characters and dialog is well written.

As with The Monitor, Next Door covers little to no new ground for its genre, but it is still a very well made movie, and definitely worth the watch.