Genre theory in many ways can be illustrated as a series of blue prints, aimed at understanding the reasoning for categorization in narrative story-telling. In filmmaking, studying these outlines helps identify common themes used, and why they are persistently reimagined in certain modes of story-telling.

While the horror genre has never held a high track record with critics, the 90’s saw an even great dry spell in creativity. However in 1996, slasher filmmaker veteran, Wes Craven breathed some much needed life into American horror with Scream.

While on the surface level, the film follows a typical “masked killer slaughtering beautiful teenager” cliché, its execution is far from generic. Noted for rich comedic undertone, Scream embraces and celebrates the decades of slasher films that have preceded it. Most of the character had grown up with the classic slasher films of the late 70’s and 80’s and frequently call upon the “rules” of the genre as means of survival.

It is with this sentimentality both the audience and character share with the genre that makes their death far more gruesome. Wes Craven spent years mastering a tone that perfectly blended torture and humor with Scream, audiences could experience a lighthearted homage to the past while still being terrified to answer their phone. Scream’s self awareness and drive to push the slasher genre forward allowed the film to become its own modern classic.

A far superior precursor to Mean Girls, Heather is an unique and and primal exploration into the teenage drama sub-genre. Gaining cult status soon after its release, the film follows a high school student drawn to an elite clique of popular girls all dawning the title name Heather.

The film uses standard stereotypical bullies that often stain the halls of teenage centric films and the outlying protagonist who deeply desires physical harm upon them. While in most films, these heroes would keep such indulgent thoughts to a daydream, Heathers is willing to venture to such depravity.

As Heather begins dating a sadistic but irresistible bad boy, she finds herself chopping down the hierarchy of adolescent social power with blood rather than spitballs. As she slips into a hole of depravity, she is reconnected to herself and comes to term with her own sacrifice of her genuineness for popularity.

Heathers allows itself to reach full absurdity by breaking down all outside order, leaving high school as the only means of survival. Thus murder, suicide, and tyrannical rule pumps credibility into a period of life so many pass off as temporary and trivial.

3. The Life and Death of Colonel Blimp – War 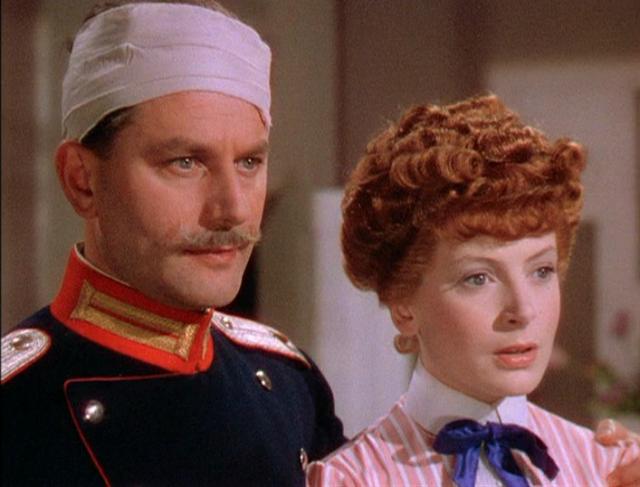 One of the most unappreciated war films ever made. The infamous Michael Powell and Emeric Pressburger collaborated masterpiece is a statement of how humanity can persist through its darkest moments.

Told through the three wars of the British 20th century, the film follows Major-General Clive Wynne-Candy as he rises through the ranks of Lieutenant to Major-General starting from the Boer War to World War II.

The film rejects the need to display a scenes of warfare, and instead highlights every social interaction in-between. While the film is tied through war, Candy’s life experience is formed through the human interactions he makes through diplomacy and intimate relationships.

Through his forty years of service, he fosters a lifelong friendship with a German soldier, falls in love with a woman he never gets a chance to marry or even admit feelings to, and molds into adulthood through the people he meets and rubs off of.

The films chooses to take a refreshing detour in its explanation of war, focusing on people rather than blood and death, leaving a much deeper and complex display of the human experience.

Many found its approach to depicting oversaturated brutality in media more or less the same counter-productive. However, Natural Born Killer’s brilliance is in its over exposure that acts as a forceful wake up call to American viewers who’s desensitization to violence can finally be self realized.

The film details two serial killer lovers and the media outlets obsessed with documenting their exploits for higher television ratings. During one iconic scene, the audience is given a surreal flashback into the female lead’s home life and eventual metamorphosis into a stone cold killer. During a dinner scene, stylized in the fashion of 1950’s family sitcom, she is groped threaten with sexual violence by her abusive father in front of her mother and siblings.

The film is unapologetic to her misery as canned studio audience laughter fills the background and the camera focuses on her distressed face. While most scenes depicting horrific acts of sexual violence would be taken with the upmost serenity and pity for the victim, Natural Born Killers is too committed to the devious fetishization of commercialized violence.

The film adopts the same technical methods that the heartless news outlets would use to show a young women being tortured by her dysfunctional family.Thus Natural Born Killers never tries to separate itself from the devilish content it has chosen to document. Leaving an uncomfortable audience without a safety net nor a chance to forget the gravity of the situation they are viewing.

A film obsessed with discovering both the reality and fiction of the cinematic arts, F For Fake is legendary director Orson Welles’ exploration of truth within the documentary genre. In the opening scene, Welles confesses to the audience the falsehood of even the non-fiction genre of documentary, and continues to narrate his discoveries over the artist he profiles.

In documentary studies, narration is often referred to as the voice of god due to its ability to generate a sensation of objective truth since it is the only information being given to the viewer in the film. Welles subverts this power by constantly challenging the imagery in order to make his own personal study on fiction.

The result is an exploration into the somewhat stale question of “what is art.” However, Welles is able to pump new life into it with a constant snarky yet engaging voice of god that never lets the viewer slip into the hypnosis of the film’s cinematic trickery, forcing them to continuously question what is real and what is fake.