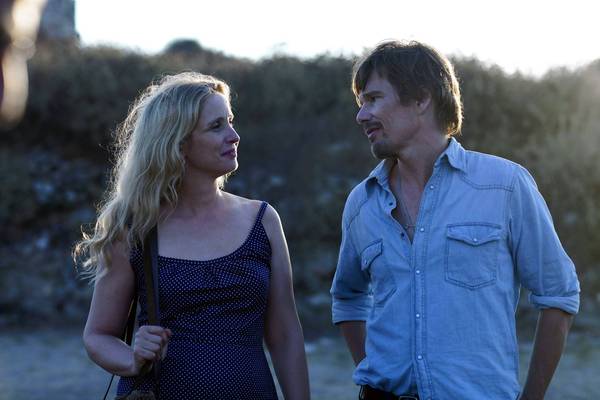 Oh Richard Linklater, the cool uncle of filmmakers who’ll sneak you a joint and talk to you about life. An auteur who should be uttered in the same breath as Wes Anderson, Alejandro González Iñárritu, and Paul Thomas Anderson, but isn’t…admittedly it would be a long breath.

Having gotten his start in the late 80s/90s with his fever of a film Slacker, over the last three decades and almost twenty films Linklater has become known for his ability to flitter between crowd pleasing hits likes School of Rock, experimental art like Waking Life, and the many shades in between, like Boyhood, Dazed and Confused, and A Scanner Darkly.

The one common theme of his greatest films (the ones he penned at least) being his breezy but startlingly insightful way of writing- being able to craft fresh, funny, and honest dialogue that is as entertaining to listen to as it is to think about, and can cover universal themes while still capturing the nuances of the human experience.

He’s the rare writer whose words sound far better spoken than written down. So let’s celebrate this man with some of his finest lines and quotes from his filmography. I tried to keep it purely to films he wrote, but one or two others may have slipped in.

Warning – Minor and major spoilers ahead.

Movie Line: “In a small town, people will always suspect the worst of someone. But they’ll also suspect the best.”

It’s a very backhandedly sweet statement showing the best and worst of small town people, notorious for their judgmental and close-knit communities, and is a good reflection of the town and the film itself- simple but memorable.

It also captures the duplicity and morality of the plot and its title character; that tells the true story of the nicest guy in town and his friendship with a woman who treated everyone like shit, who he eventually killed. The film depicts the murder, and never tries to justify it, but simply tiptoes round the idea that because Bernie is such a nice guy and she was horrible…what’s the harm?

9. Me and Orson Welles

Movie Line: “The bone deep understanding that your life is so utterly without meaning that simply to survive you have to reinvent yourself. Because if people can’t find you, they can’t dislike you. You see if I can be Brutus for 90 minutes tonight; I mean really be him, from the inside out; then for 90 minutes I get this miraculous reprieve from being myself. That’s what you see in every great actor’s eyes, you know.”

The first cheat on this list, as Linklater is only credited as the director of this love-letter to the stage, but as director he would have had plenty of control and input on the little monologue, and it’s such a good moment, I couldn’t leave it off. The film is one of Linklater’s most underrated and follows the friendship between a young man with theatre dreams and a pre-Citizen Kane Orson Welles, as he and his famous Mercury troop put on their career making performance of Shakespear’s Julius Caesar.

Though partly fictionalised this is the definitive portrayal of Orson Welles, and as this quote from the man himself proves, it paints him with depth and care- equally the brash genius and timid artist.

The line is as devastating as it is resonating, as it bleeds into our romanticization of the troubled artist, and is the last human moment between the film’s two leads, and the moment they understand eachother the best. The methodology of acting is a core theme of the film but this quote hits on a deeper one the film plays with throughout, the emotional costs of trying to be great.

Movie Line: “What does a scanner see? Into the head? Down into the heart? Does it see into me? Into us? Clearly or darkly? I hope it sees clearly because I can’t any longer see into myself. I see only murk. I hope for everyone’s sake the scanners do better, because if the scanner sees only darkly the way I do, then I’m cursed and cursed again.”

Another cheat, as though originally from the novel, it’s definitely Phillip K Dick with Linklater flourishes, who cut, reworked and rephrased a lot of the quote to get to the heart of the matter, and to flow more naturally in the spoken word.

It’s originally based off the biblical quote Corinthians 13:12 “For now we see through a glass, darkly…” about humans’ understanding of God, here it’s used to comment on society’s relationship with the government, who takes the place of God in this context.

But further than that it can just as easily be about our relationships with eachother- if we see only the worst in ourselves, then we only see the worst in everyone else. But smaller than the larger themes, it solidifies not only Bob’s but the films cynicism towards humanity.

As even as Bob vainly hopes that the clinical, unbiased scanners will see things clearly unlike he does, in some way he already knows it can’t, as there’s little difference between his murk and reality anymore, and is the beautiful moment where the film’s (and book’s) title becomes clear.

Movie Line: “And remember: the passion for destruction is also a creative passion.”

Linklater’s first film is less of an actual film, and more just a series of quotes, there are boundless others that could sit here, but I thought it only to be fair to pick one quote per film and to show the many sides to Linklater’s musings.

Slacker is filled with many, many, complex conversations ranging from the comedy of UFO’s, the taste of Madonna’s hair, to the philosophy of VHSs vs real life; so in comparison this is one of the simplest in the film and on this list. But that’s where the beauty of it lays, a one off phrase that’s never mentioned again, a simple but profound reminder that the acts of creation and destruction, though opposites in nature, are both driven from the same place, that same need to act, and one will always beget the other.

A tad obvious by today’s standards, but for a twenty something year-old to string it together in the early 90s, as the film itself- it still holds its weight.

The film that brought Linklater to the public’s eye, Dazed and Confused is one of the most classic hangout movies, and in my opinion is the best stoner film ever made. And the reasons for that are this scene, and this quote. As up ‘til this point the film had been many things; fun, funny, sleazy, silly, dangerous, but it’s here it became ‘real’ as it were.

It’s this reflective moment that elevated Dazed and Confused from fun teen stoner comedy, to a more mature talk on the fleetingness of carefree youth. It’s a quiet moment at the end of the partying, when the haze has cleared and the characters look off into the distance and can’t help but worry about what comes next, that if these really will be the best years of their life.

The moment doesn’t last long, and is answered with a shrug, but that the film admits that the party will end, so you better enjoy it while you can, puts it high above almost any other stoner film.