2015 was an impressive year for Chinese-language cinema, both artistically and commercially, although some controversy could not be missed.

“Monster Hunt”, a 3D fantasy adventure, is currently the highest grossing film in China, the second biggest market in the world after the American market.

However, the film faced enormous problems before it was completed, since Kai Ko, the initial protagonist, was arrested, which resulting in his substitution by Jing Boran and the subsequent reshooting of a plethora of scenes that were already completed.

Jean-Jacques Annaud shot “Wolf Totem” that was largely embraced in China. His publicists rushed to announce that the film was China’s official submission to the Oscars for the Best Foreign Language Film category, an honor that was eventually bestowed upon “Go Away Mr. Tumor” by Han Yan.

The long awaited sequel for “SPL” was finally screened this year, although fans of the first film raised concerns, since the second one was a sequel in name only; the main protagonists of the first film, Sammo Hung and Donnie Yen, were nowhere to be found, and even the reappearing actors Simon Yam and Wu Jing have completely different roles.

Lastly, Jia Zhange and Tsui Hark shot two more excellent films and Hou Hsiao Hsen presented his own unique visage of the wuxia film, in a production that was internationally acclaimed, netting him the Best Director Award at the Cannes International Film Festival.

Here is the list with the best Chinese-language films of 2015, including “The Taking of Tiger Mountain” that was screened on December 23, 2014 in China but in 2015 in the rest of the world. 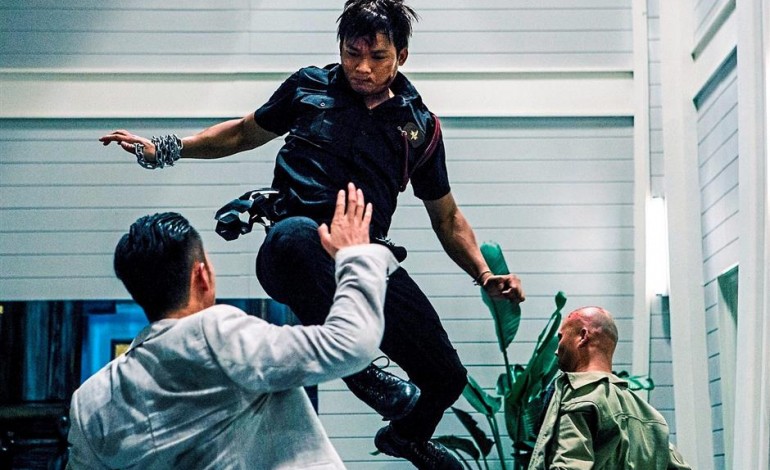 Despite being a sequel just in name, “SPL 2” is quite an impressive film.

Kit is a Hong Kong undercover cop who became a drug addict in order to infiltrate a crime syndicate that deals with human organ trafficking in Thailand. His contact and supervisor is veteran cop Wah, who is also his uncle.

Meanwhile, the leader of the syndicate, Mr. Hung, is searching for a heart transplant due to a rare condition of his own, and the only suitable donor is his brother.

Through a series of unfortunate events, Kit ends up in a prison in Thailand, whose warden is an associate of the syndicate. While there, he meets Chatchai, a guard whose daughter has leukemia and is in desperate need of a bone marrow transplant.

As usual in this kind of films, both the script and the acting exist solely to provide a base for the action and “SPL 2” is no exception. However, the script is actually more complex than necessary, with a number of axes unreeling at the same time, a tactic that makes the movie tedious at times.

Nevertheless, the action scenes are magnificent, with Tony Jaa as Chatchai and Wu Jing as Kit giving their best selves. Furthermore, the film excels in the technical department, both in cinematography and special effects, and the action choreography is quite impressive in a film that shouts “blockbuster” from its first shot. 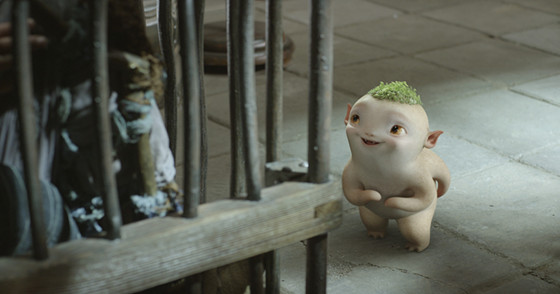 For centuries, monsters dominated the world where the film takes place. However, at some point, humans decided that they should be the ones in charge and declared war against the previous rulers. They won, and banished them to the mountains, forbidding them from ever returning to their previous lands.

For many years, the two tribes lived peacefully in their respective worlds. Nevertheless, a prophecy concerning a monster-king who will bring peace among the two seems to have materialized.

The issue causes great upset in both worlds. The king of the monsters is trying to eliminate the royal family and especially the pregnant queen who is about to give birth to the aforementioned messiah, an act that results in civil war.

Humans, on the other hand, and particularly the monster-hunters, are fired up, due to the reward a prey of that magnitude could bring. Two among them, the senior Luo Gang and the rookie Xiaolan, arrive at a small village, following the monster queen. While there, they come across Tianyin, the local mayor, who eventually ends up following the latter.

Raman Hui evidently shot a film to indulge every demographic category in the country. In that fashion, the movie entails elements of RPGs, comics, martial arts, comedy, musicals, romance, some drama and a plethora of action scenes.

Furthermore, the actors’ casting leaned toward the same tactic, since the majority of them are extremely popular. However, and despite a number of artistic flaws, the film actually achieved its goal. The film’s point of excellence lies with the monster’s design and their general animation, as much as with the various fighting scenes that are utterly impressive. 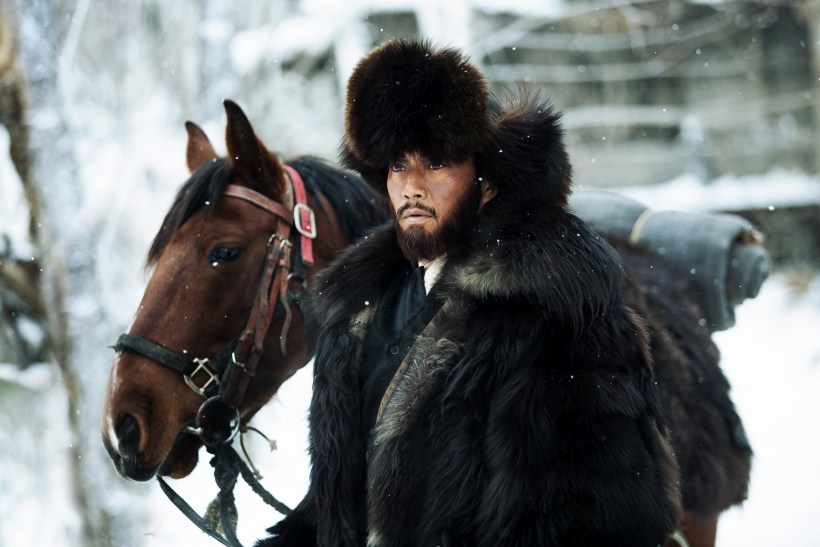 Based on Qu Bo’s novel “Tracks in the Snowy Forest”, the script unfolds in Northwest China in the winter of 1946, during the domestic warfare between gangs of outlaws and the People’s Liberation Army.

The most notorious leader of the outlaws is Lord Hawk, who commands a whole army stationed in a fortress in Tiger Mountain. His men, having in their possession arms the Japanese army left during its departure, have spread terror among the villages in the area, raiding them frequently. Against them stands Unit 203, consisting of 30 soldiers under the command of the idealist Jianbo, who is known as Captain 203.

With the unit lacking in equipment, personnel and time, they decide to send a single soldier, named Yang Zirong, to infiltrate Lord Hawk’s army posing as a criminal, in order to acquire information regarding the fortress. Zirong accomplishes his initial purpose, winning the trust of the leader; however, a few of the other gang members are distrusting.

Tsui Hark’s fans will immediately notice that the dangerous stunts have been replaced by 3D graphics, a choice that initially seems out of place. Nevertheless, as the film progresses, the action scenes prove to be utterly impressive, compensating for the lack of “raw power” of the older techniques. Moreover, the action increases in tension and duration as the film progresses, in a tactic whose purpose is to create agony about the finale.

Furthermore, the film presents the majority of the characteristics of Hark’s cinema. This includes a great deal of blood, a fair amount of incoherence in the script that chiefly operates as a base for the action scenes, hyperbole bordering on naivety (the scene with the tiger is a distinct example), a little romance, some drama and scarce female appearances. 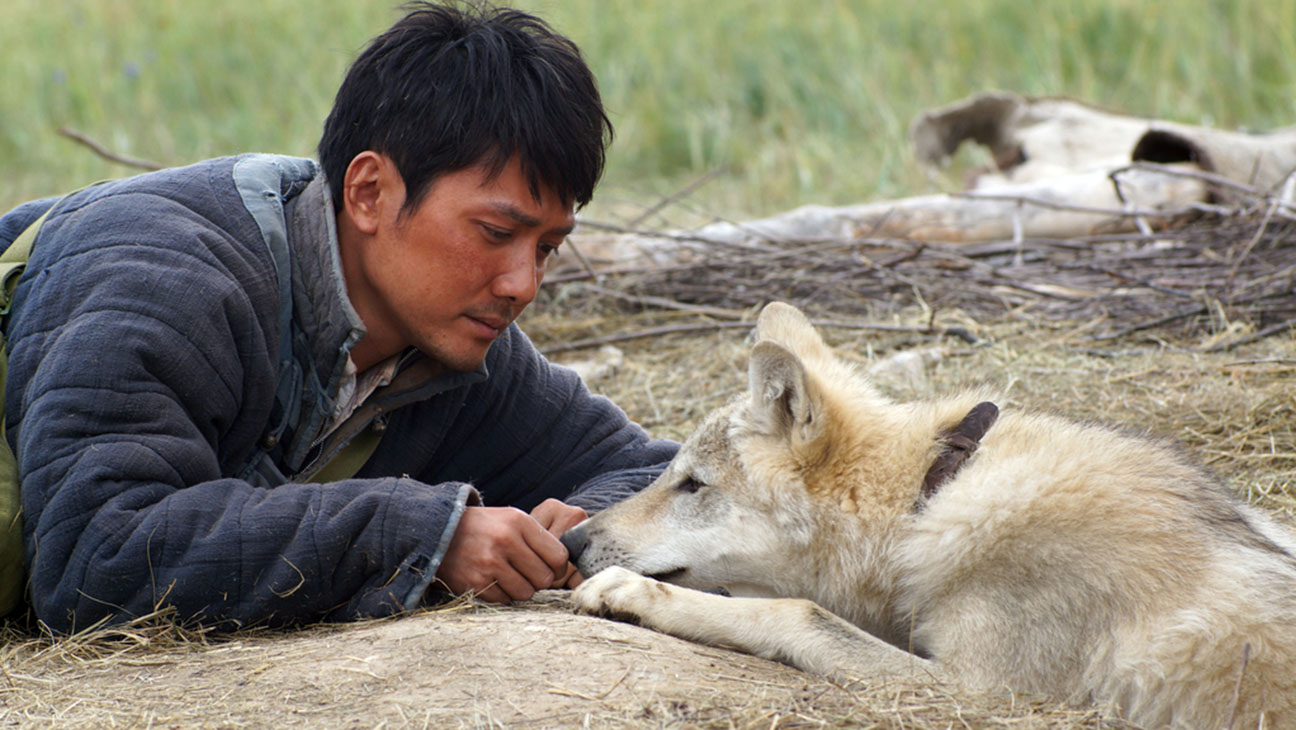 Based on the homonymous novel by Lu Jiamin, the film tells the tale of Chen Zhen, who is sent to Inner Mongolia to teach a nomadic tribe of shepherds in 1969 during the Cultural Revolution.

While there, he becomes fascinated by wolves and their bond with the shepherds, a relationship Chinese authorities chose to eradicate, along with the animals.

Jean Jacques Annaud directs an allegorical story regarding ecology and the stance of the Chinese authorities toward it at the time, which actually represents the destruction of the Mongolians’ traditional way of life. Moreover, he implemented a number of documentary-like shots of the life of wolves and his usual, ethnographic visage.

However, the film’s biggest assets lie in the technical department, where cinematography, set design and the production in general, truly excel. 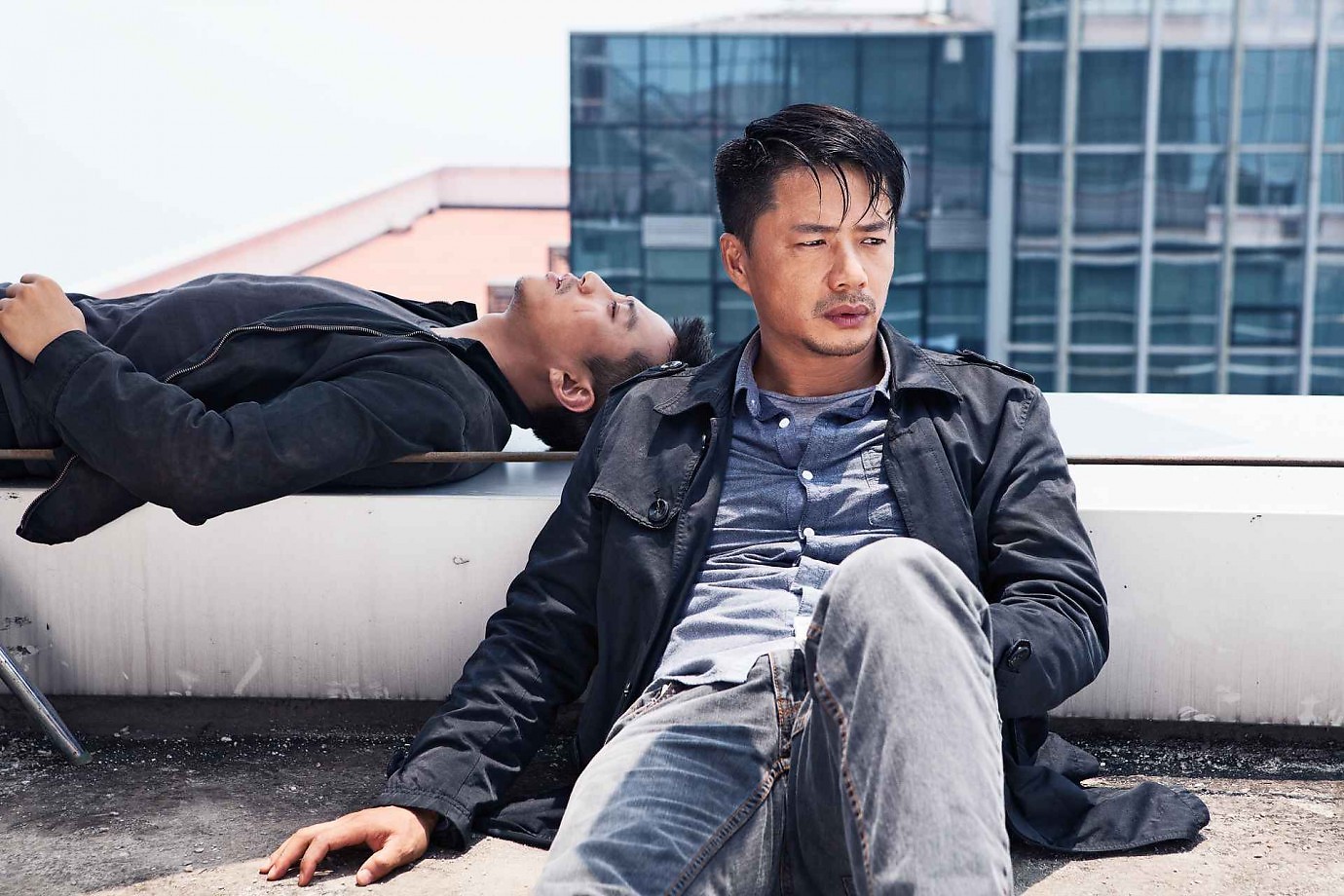 The script revolves around three men, police detective Xin Xiaofeng, fisherman Chen Bijue and taxi driver Yang Zidao, who seem to have been involved in a hideous murder case seven years before the current timeline of the film. Furthermore, the three of them take care of Weiba, the daughter of the victim, acting as her adoptive fathers.

Things become even more complicated when Yi Guchun, Xiaofeng’s latest boss, suspects him and decides to take a closer look at the aforementioned case, and his sister, Guchia, falls in love with Zidao. Baoping Gao directed an agonizing thriller that becomes an elaborate cat-and-mouse game through Guchun’s suspicions and the guilt and angst the three carry.

Based on the novel “Sunspots” by Xu Yigua, the film separates itself from the plethora of similar films by including themes rarely depicted in China’s cinema. In that fashion, “The Dead End” portrays nudity, homosexuality and police corruption, in a story that is evidently influenced by Dostoevsky’s “Crime and Punishment”.

Deng Chao is magnificent as Xiaofeng, in a role that netted him the Best Actor Award from the Shanghai International Film Festival.