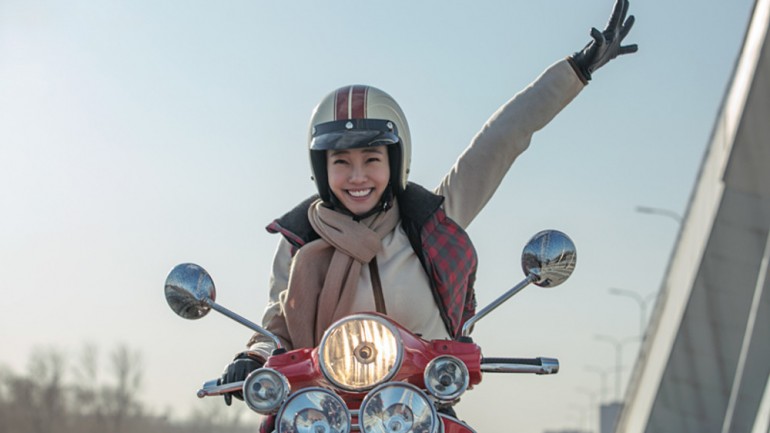 China’s official selection for the Best Foreign Language Film at the 88th Academy Awards is a comedy-drama, based on a popular autobiographical web comic that describes the life of comic book artist Xiong Dun, after her cancer diagnosis.

Xiong Dun is turning 29 and her life is a mess. She just caught her boyfriend cheating on her, she is about to lose her job as a cartoonist and, during a get-together with her friends, she collapses and is hospitalized only to learn that she has cancer.

However, instead of moping about that fact, she focuses instead on her doctor, named Dr. Liang, fantasizing about him in various peculiar situations while trying to concoct a scheme to make him fall in love with her.

Han Yan managed to shoot a film concerning cancer, which is actually hilarious and entertaining instead of realistically dramatic, and he accomplished that by focusing on Xiong Dun’s fantasies.

In that fashion, the girl envisions herself and Dr. Liang in a Korean TV melodrama or in a zombie movie, with the doctor being a superhero who saves her from the creatures. However, as the movie progresses, her fantasies become more dramatic, amounting in a number of tear-jerking scenes.

As usual in Han’s works, the film is filled with vivid colors and excessive brightness, which becomes quite dizzying when combined with the occasional overly rapid pace. Nevertheless, this tendency is mostly evident in the beginning of the movie. Bai Baihe is wonderful as Xiong Dun, constantly emitting optimism and cuteness despite her difficult situation. 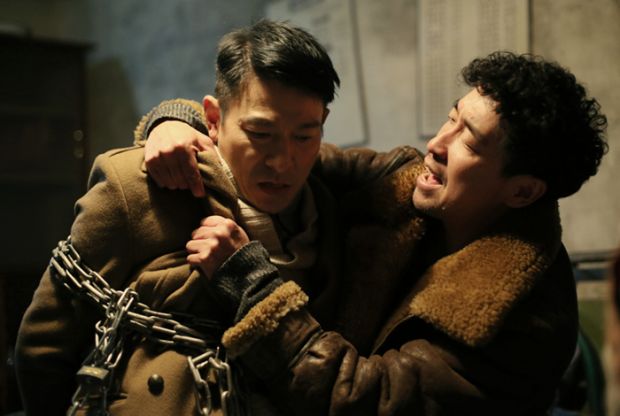 Zhang Hua and his gang impersonate police officers in order to abduct wealthy individuals in China. One night, they set a trap outside a karaoke club and succeed in capturing a Hong Kong cinema star named Mr. Wu.

They bring him to their hideout, where another kidnapped man named Xiao Dou is present, who was abducted by mistake because he was driving an expensive car that did not belong to him. Eventually, they decide to kill the latter, but Mr. Wu interrupts them by promising to pay his ransom, too.

Ding Sheng used an elaborate but difficult to follow narration style, splitting the script into a number of timelines. In one of them, Zhang Hua is already arrested and interrogated about the whereabouts of the victim. There are several more, some before and some after the actual kidnapping, in a fashion that demands utter intentness from the spectator in order to follow the story.

The time axes where Zhang is interrogated, and those where Mr. Wu is held in various hideouts have a claustrophobic feel, due to the narrow spaces they take place and the plethora of characters participating in them, thus intensifying the thriller element. The contrast is evident with the scenes shot on the outside, which include car chases, gunshots and explosions, respectively stressing the action element.

Having as his base a true abduction incident that occurred in 2004, when the actor Wu Ruofu was kidnapped, Ding Sheng “played” with the actual events and the presence of Andy Law in the titular role. In that manner, Wu Ruofu is actually in the movie, playing the role of Cao Gang, one of the police rescuers. Furthermore, at one point, one of the kidnappers asks Wu to help him in a card game and when he fails the former says to him, “Didn’t you act in God of Gamblers?”, a film which Andy Lau actually played. 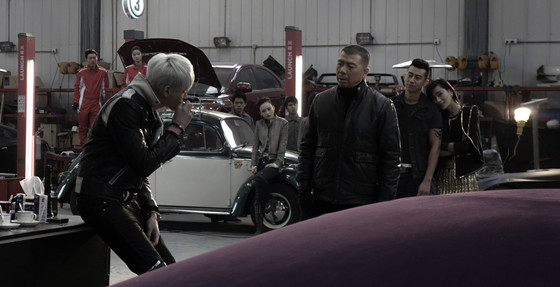 The film tells the story of former criminal Xuejun, who is known in the underworld as Mr. Six and is currently in hiatus, enjoying the respect of both authorities and gangsters alike, and acting as the peacekeeper of his neighborhood, along with former associates Scrapper and Lampshade and his love interest, Chatterbox.

Eventually, his son Xiaobo makes the grave mistake of sleeping with Xiaofei’s girlfriend, who is the leader of a drag-racing gang, and even scratching the door of his Ferrari. The particular gang may be consisted of 20-something members that look and dress like movie stars; however, their fathers’ money allows them to hire a number of henchmen who do their dirty work, including the kidnapping of Xiaobo.

Hu Guan could easily shoot an action film that focuses on the battles between the old and new criminals; nevertheless, he decided to direct the film toward Mr. Six, his desperate effort to find money for ransom, and his abrupt realization of the changes in the world.

In that fashion, some of the film’s most distinct scenes appear when the protagonist reconciles with his son, when he is philosophizing with his former comrades and Chatterbox, and when he watches an ostrich sprint its way through traffic in a central road, in a highly surrealistic scene.

Feng Xiaogang is sublime in the titular role, which netted him the Best Leading Actor Award from the Golden Horse Film Festival.

The first one begins in Fenyang on New Years Eve, where two childhood friends, the young capitalist Zhang and the poor coal miner Liangzi, are both in love with Tao, a singer and dance instructor. Eventually, she decides to marry the former and soon after, they welcome their first child, who Zhang names Dollar.

In the second axis, Liangzi returns to Fenyang after a long absence, with a wife and a daughter. However, he also carries a debilitating sickness due to his work in the mines. He discovers that Tao is currently divorced and Zhang has moved to Shanghai with a new wife, and is now extremely rich.

In 2025, the story takes place in Australia, where Dollar, currently a college student, has lost every connection with his Chinese inheritance and Tao. Jia Zhnagke directed a drama regarding the alienation in culture and personal identity, and the westernization of contemporary China.

He presents a number of events, including marriages and divorces, farewells and deaths, conflicts and reunifications, using the constantly changing China as the backdrop. However, as its protagonists, the transition has a generation that struggles to retain its ethnic and cultural identity, despite the perpetual move to the west, both literally and metaphorically. Lastly, the film’s finale is its most impressive and elaborate scene.

The script takes place in 8th century China, in a period of general turmoil for the country that ended with the fall of the Tang dynasty. The central character of the story is Nie Yinniang, who was kidnapped when she was 10 by a nun who trained her to be a terribly effective assassin, subsequently unleashing her upon corrupt government officials.

However, Yinniang proves that she is not as cruel as she seems, when she stumbles upon a potential victim along with his child and refrains from killing him.

The act infuriates the nun, who puts together a scheme in order to eradicate any trace of mercy still existing inside the girl. In that fashion, she sends her to Weibo, her birthplace, in order to kill the governor. Nevertheless, he is a cousin of Yinniang and the one she was betrothed to before her kidnapping. Despite her specific orders, the assassin is once more hesitant.

Hou Hsiao Hsien and his cinematographer, Mark Lee Bingping, proved once more that they are the masters of their respective roles. The result of their prowess is a magnificent film that excels in cinematography, set design and costumes.

Hou once more used his characteristic long shots, whose purpose is the detailed depiction of the physical environment where the script takes place, and a number of old-school fade-outs.

Furthermore, the pace is slow as usual, the dialogue scarce, the minimalism evident, and the attention to detail of utmost importance, from a filmmaker whose primary characteristic is the obsession with the picture itself. However, the few and brief action scenes disappointed the wuxia fans that expected much more in that department.