Spooky action at a distance

“Well, that certainly was visual,” deadpans an ashen yet elegant Eve after watching an amiable confrere disintegrate in a cistern of acid. Eve, a vampire, played by the exquisite Tilda Swinton, is one half of an immortal dyad, whose husband, Adam, is portrayed by an incurably cool Tom Hiddleston in Only Lovers Left Alive.

Written and directed by Jim Jarmusch, this chic, late night love story is one of the most rhapsodic and sympathetic films of his illustrious career. At once fiercely romantic and entirely tough-as-nails, Lovers ranks with Jarmusch’s finest films, and represents a salient feat of strength.

The story is straightforward, focusing on Adam’s ennui and depression — suicidal after centuries of immortality, he’s gone so far as to commission the construction of a wooden bullet — and Eve’s efforts to rescue her lover and remind him that it’s not worth giving up the ghost in the grand scheme of things.

Fear, exhilaration, art, music, creativity, alienation, isolation… these are among the myriad of themes in Jarmusch’s piercingly sad yet achingly beautiful rumination on longevity and unending love.

“If you’d lived for a thousand years and saw humanity devolving, you might feel a little snobbish as well.” 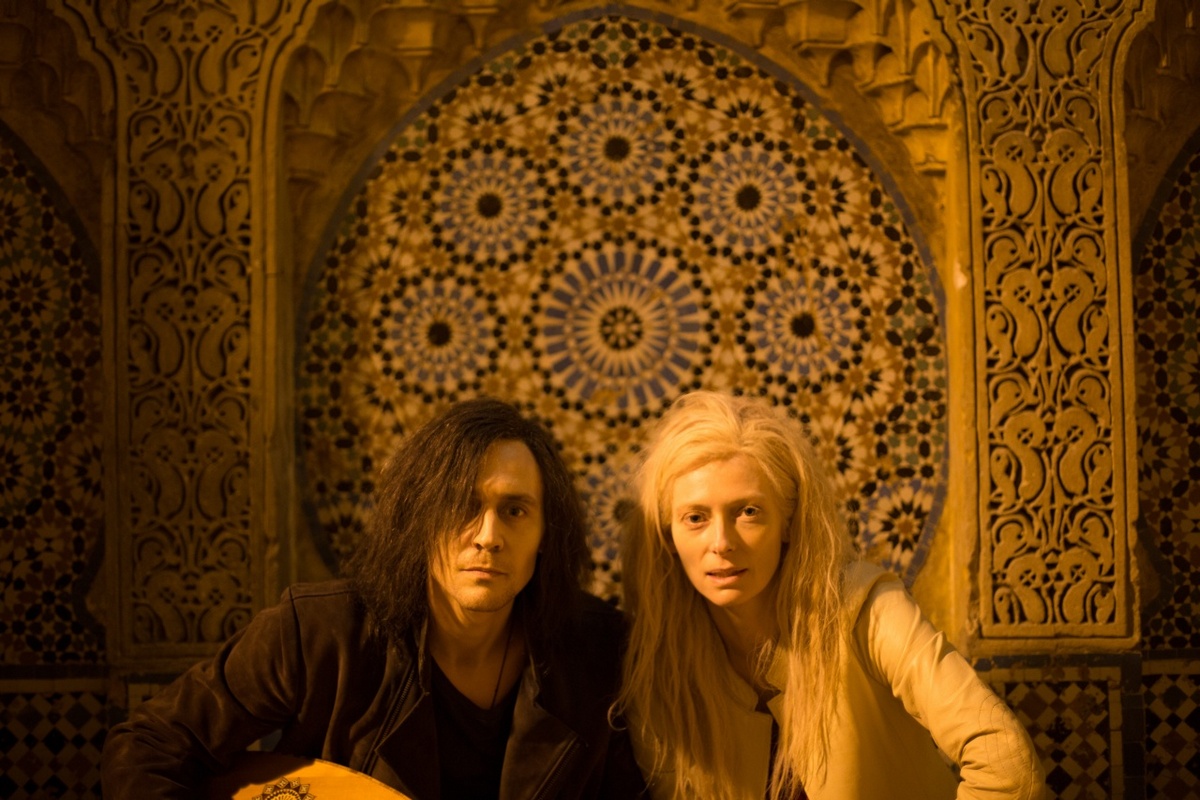 Throughout Only Lovers Left Alive we are always aware of life on the edge and the frailties of human endeavor. “Zombies” is Adam’s name for humanity, and he tearfully watches us flailing in our agonies and ignorance from his stronghold. Not a Transylvanian tower or a coffin-lined château but a ramshackle mansion on the purlieu of Detroit.

Here, in strange subterfuge, Adam endures. He purchases haemoglobin sub-rosa from a hospital hand played by Jeffrey Wright, amasses recherché musical instruments via Ian (a wonderful Anton Yelchin), including a Gretsch Chet Atkins, and the nights go by. Eve, on the other hand, lives in Tangier, is more of a fireball, chums with the almost mythical undead guru Christopher Marlowe (John Hurt, as brilliant as ever), and does dutifully jet to her spouse with haste.

Not at all overrun with subterranean evil, Lovers resembles other films in the Jarmusch delectus, primarily Mystery Train –– probably my favorite of all his work –– or Night on Earth, in that these films seem to exist primarily in a nocturnal world of endless night.

These films also seem to share a strangely imbued color spectrum, and just as the blown-out, abandoned streets of Memphis in Mystery Train are visited by outsiders, so to are the barren boulevards in Detroit here.

They present landscapes as patchy wastelands filled with forgotten arcades and theaters, phantom-like filling stations and boarded up homes, bereft of life. Our vampiric lovers might as well be visiting the moon when they drive these empty avenues.

“Jim is pretty much nocturnal, so the nightscape is pretty much his palette. There’s something about things glowing in the darkness that feels to me really Jim Jarmusch. He’s a rock star.”

Look at what she did to my Gibson 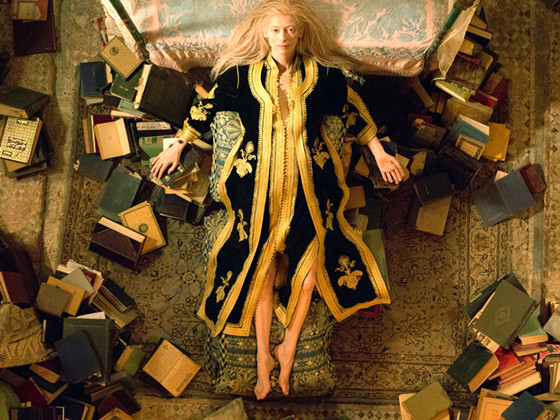 Jarmusch’s vampires, save for Eve’s holy terror sister, Ava (a wicked Mia Wasikowska), are not the vile villains that often inhabit the genre, nor are they the glitter-glue encrusted object d’art for bored soccer moms à la Twilight. They’re relics of the Romantic era; Adam used to romp with Byron and Shelley, after all.

Occasionally Jarmusch’s children of the night contribute to mankind’s creative canon –– not only has Adam given music to Franz Schubert to pass off as his own, but their patriarch, Christopher Marlowe, actually did write all of Shakespeare’s plays –– watching us, displaying a certain dominion. “I wish I’d known him when I wrote Hamlet,” quips Marlowe, of Adam, and it’s a good gag.

“[Only Lovers Left Alive] is a very personal film, maybe even autobiographical. Jim is a cultural sponge, he absorbs everything.”

And yet, to me, what is this quintessence of dust? 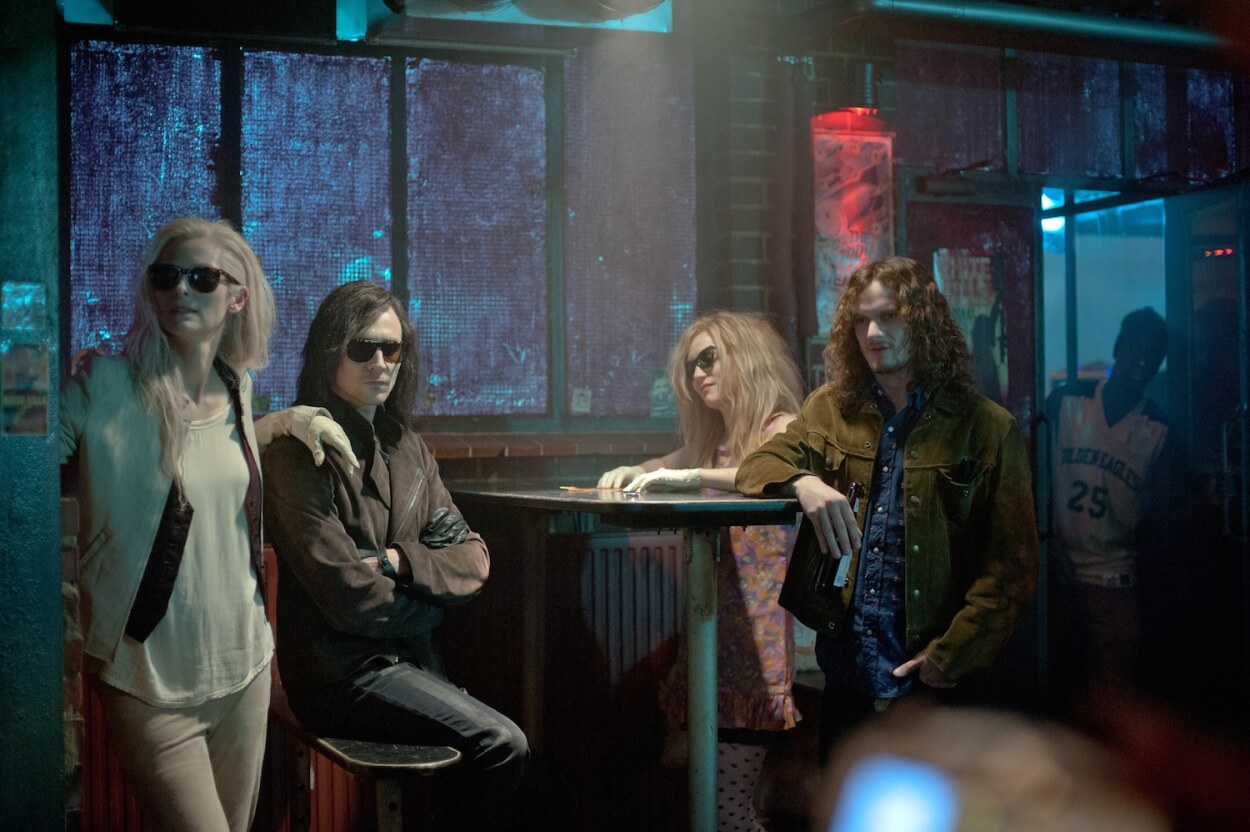 Only Lovers Left Alive is much more visual than it is verbal, which is often the case with Jarmusch. Scored by Jarmusch’s rock band SQÜRL and Dutch minimalist Jozef van Wissem the end result is an elegiac and haunting aural aesthetic with an after dark angle that carefully astounds.

That said there’s still a feeling of spontaneity and precipice throughout in the chimerical cinematography of Yorick Le Saux and the clandestine settings, adding to the unusual authenticity. Tangier, for instance, exhilarates.

Even its shady back alleys, where sketchy characters claim to know what our protagonists need –– “You don’t know what I need,” retorts Adam to one such barker, eyes glowing in freakish undead delight –– inhabiting smoke-filled music clubs and byzantine basements. It’s an exotic and unfamiliar locale, easily conjuring the Interzone of Brion Gysin and William S. Burroughs, specifically their counterculture dissertations from “The Process” and “Naked Lunch”.

“I don’t want to demystify [Only Lovers Left Alive] and I don’t want to explain it. And also this film is very laden with references. Not that I don’t put references to things in all my films — just hoping that maybe if one kid in Kansas gets turned onto William Blake or something then I did my job. But I feel like I put a lot in there this time for people to absorb. Maybe I overdid it. It’s hard to know. I’m too close to the film.”

What choice do we have? 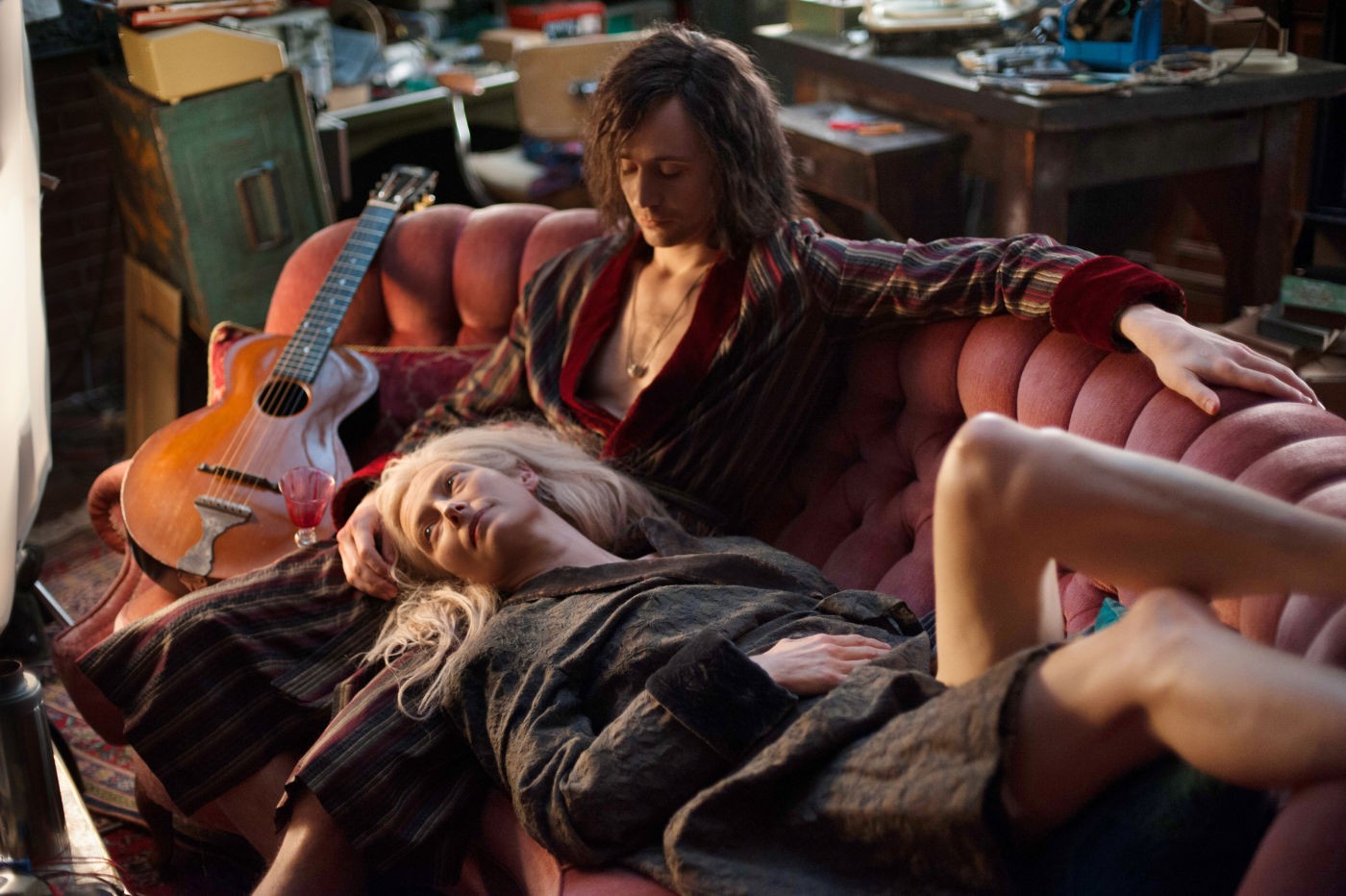 Jarmusch displays a rather outré appetite for beauty in desolation and this tugs sweetly at the film’s terrified suggestion of fractured, disconnected lives, making for a kinetic experiment.

In Freudian terms our lovers are two halves of the same being and Jarmusch assembles this tableau frequently; the lovers, naked or in a partial state of undress, embracing in their daytime slumber, a totem of their shared temper, entangled, sallow-skinned, a fulcrum conveying ageless emotional connection.

It is a visceral and visual spree, it is lovers in sync, and in impeccable harmony. Only Lovers Left Alive couples cultural disparity, emotion, imagery, and music into an aching song, not of regret, not of a funerary dirge, but of a song of ceaseless rejuvenation that will outstay every one of us.