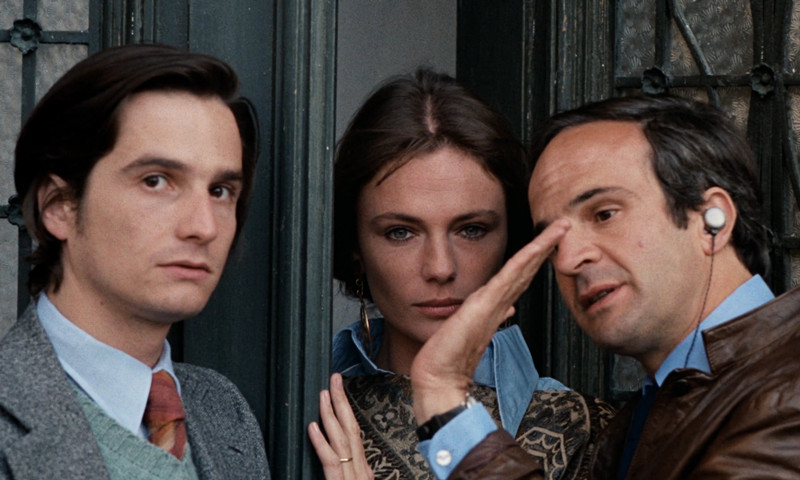 On a recent show with Conan O’Brien, legendary German filmmaker Werner Herzog shared some thoughts on filmmaking. “There are too many things you cannot teach in school, and it’s way too long. Young people waste three, four years of their lives on the basics of filmmaking. You can learn in a week,” says Herzog, who founded the Rogue Film School (where he teaches students how to pick locks and forge shooting permits).

This list shares Herzog’s spirits that filmmaking technique is not the only thing an aspiring filmmaker should learn; to be a great filmmaker, you also need to have vision, determination, ambition, creativity, and many other merits. That’s why on this list we are not mentioning films from directors you might expect like Bergman, Hitchcock, Tarkovsky, Fellini, or Anderson.

Instead, we pick the most relevant and more interesting examples of movies that will potentially help you become a great filmmaker. Hopefully this list will provide some food for thought, and offer something different than other similar lists. 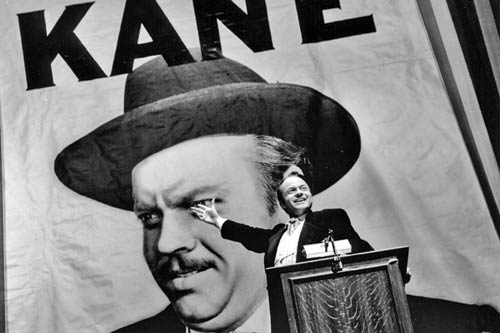 Probably the most obvious choice on the list, “Citizen Kane” takes our No.1 spot. It had topped Sight & Sound’s Critics’ Top Ten Lists for four decades, and was only beaten by Hitchcock’s “Vertigo” in the most recent poll. French critic Andre Bazin called it “a discourse on method” because of its encyclopedic technical range.

It is fair to say that everything you need to learn about filmmaking, you can learn it from “Citizen Kane”. If you have ever used Louis Giannetti’s “Understanding Movies” as your film study guide, you might know that there is a chapter called “Synthesis”, and they dedicated the entire chapter to “Citizen Kane”, to demonstrate every aspect of filmmaking discussed in previous chapters.

It’s unnecessary to go into more detail, and you probably have seen it several times, but make sure you watch it a couple of times more.

If you are an aspiring filmmaker, you will watch a lot of indie films, because that is what you are going to make as your feature debut. Every great director starts small; most of the greatest current directors in Hollywood started their career by making outstanding indie films. But here, we are not going to talk about famous indie debuts made for less than $1 million. Instead, we introduce a no-budget film from Iran.

The director, Jafar Panahi, was banned by the Iranian government for 20 years. Even dire situations like this didn’t stop him making films; he managed to use an iPhone or DV to make three films, including Golden Bear winner “Taxi Tehran” from last year.

The first film of the three, “This is Not a Film”, was shot entirely at his own home with an iPhone. It could be viewed as a documentary of a day in the life of a director who lost his freedom, but even with such restraint, Panahi still made a film that was interesting and thought-provoking.

After finishing the film, he restored it in a flash drive and took it to the Cannes Film Festival. The lesson here is that there is nothing, not the budget, not the script, not even personal freedom, that can stop you making films as long as you are creative and passionate enough.

It’s no surprise to see a Kubrick film on this list. He is arguably one of the greatest filmmakers who’s ever lived on the face of this planet. What is left to say about his genius? Everyone knows his cinematic innovations, his obsessive attention to detail, and his unpromising way of filmmaking. He is a true auteur in every sense of the word.

What really sets him apart from other great cinema auteurs is his unique vision. This point has never been made more clear than in his 1969 sci-fi masterpiece ”2001: A Space Odyssey”. Arthur C. Clark’s book is already great and covers all the important themes Kubrick’s film discussed, but what Kubrick did with his cinematic transformation is simply incredible.

How imaginative is using classical music to accompany the space scenes? Or using abstract graphics to show the stargate scene? Or using practical effects to show a floating pen? Or making the moon landing scenes so real that there were conspiracies that Kubrick himself helped NASA fake the real event?

Apart from being in full control of every department of the movie production, you need that cinematic eye, that vision to transform words into cinematic wonder. And ”2001: A Space Odyssey” can teach you exactly that. 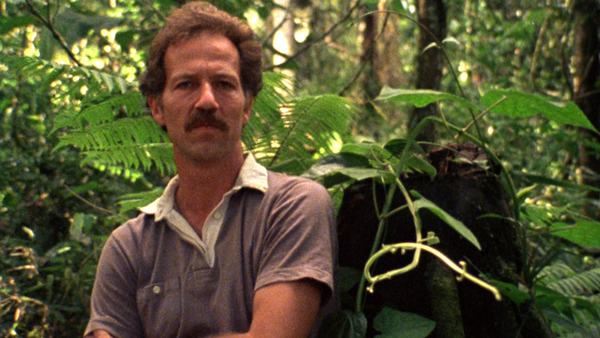 “Fitzcarraldo” and “Apocalypse Now” are both renowned masterpieces of world cinema. Behind these two masterpieces, there are two incredible documentaries called “Burden of Dreams” and “Heart of Darkness”, which are considered the twin peaks of “making-of” documentaries in cinema history.

What made them so great are not the technique or narrative structure, but rather was the crazy stories behind the two of the most ambitious yet difficult movie projects of all time. You could even argue that these stories are more appealing than the movies themselves.

I won’t go into detail about what obstacles the two directors faced during filming, as that might take another thousand words, but the best way for you to see is to watch both documentaries yourself.

You probably won’t encounter hurricanes, or have to drag a ship over a mountain, but the message here is that as a filmmaker, you must have determination, to finish your film, and you should never give up no matter the circumstances. When you have big problems during your filmmaking, think of Herzog or Coppola, and their stories will keep you going. 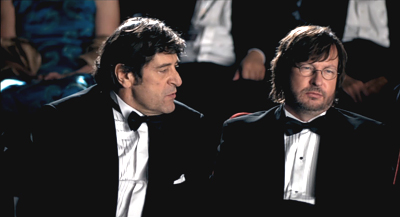 At the 60th anniversary of the Cannes Film Festival, the festival committee invited 36 internationally-acclaimed directors and gave each of them three minutes to express “their state of mind of the moment as inspired by the motion picture theater.”

You can find names such as Theo Angelopoulos, Hou Hsiao-Hsien, Joel and Ethan Coen, Aki Kaurismäki, Lars von Trier, Raoul Ruiz, David Cronenberg, and many other familiar names on the list, which made the anthology film extremely appealing to those who haven’t seen it yet.

How to use three minutes, a length less than a complex long take, to tell your own stories, showcasing both your style and theme at the same time, is no easy task for young filmmakers. But for those world-famous veterans, you could tell which short film is from whom in less than 30 seconds, because they have established both their style and theme in your minds so you know exactly what their films look like.

It certainly takes time to form and mature your own style, but at the beginning, you have to know that in order to make others distinguish your film from others, you must have your own style of telling stories.

All great auteurs have consistent and distinct visual language that sets them apart from other filmmakers, and if you want to be one of them, you’ve got to be special.