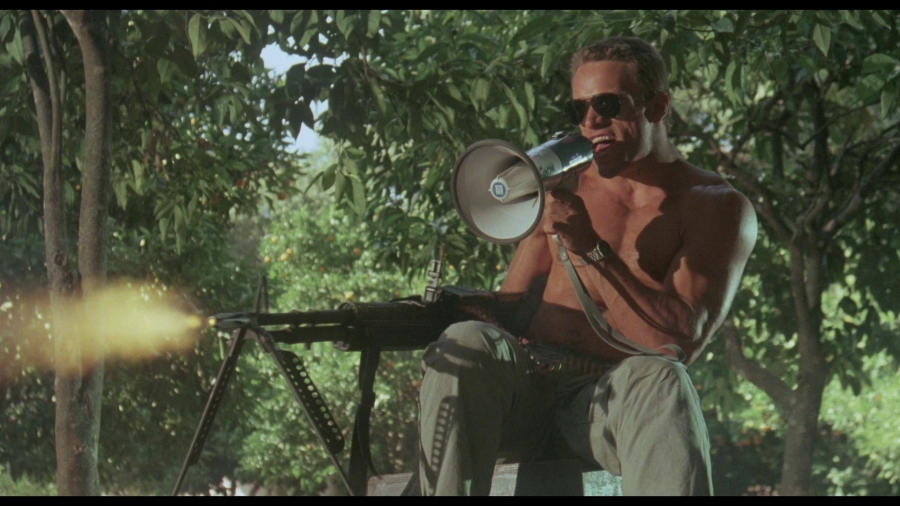 “No man on earth could get him out of prison alive. Seven women did”.

New from Arrow Video is the Blu-ray/DVD release of the mercenary action film Hired to Kill. It’s a fun romp that combines elements of the Dirty Dozen, Wild Geese and Chained Heat as the mercenary Frank Ryan (Brian Thompson) is hired by the businessman Thomas (George Kennedy) to free a rebel leader in the fictitious country of Cypra. It is ruled by the mad dictator Michael Bartos (Oliver Reed), who has bankrupted the country and commands secret death squads executing potential rebels.

The only way that Ryan can get into the country is to pose as a gay fashion designer who is bringing in a team of top models to promote his new fashion line. The models are all trained killers who had been imprisoned in various locations and are offered the job in exchange for their freedom.

The picture isn’t trying to make any grand messages or win any awards; it was simply made for entertainment value. These were the type of movies that were popular at the time, action films that featured buff male actors like Arnold Schwarzenegger and Sylvester Stallone. It only made sense that the smaller American studios and European production companies would make their own similar movies, expecting to make profits off of the video rentals.

This one features all of the standard action tropes; there’s a muscle bound male lead anti-hero, tons of violence, nudity, explosions, action, gun battles, great one liners, and tons of clichés.

The things that make this one stand out from some of the lesser quality outputs of the era are the excellent Greek locations and buildings, the homosexual subplot, the appearances from well known actors Kennedy and Reed, solid direction and nice camera angles from Nico Mastorakis, excellent pyrotechnics and explosions, top notch helicopter stunts, and a large scale action packed finale.

Without spoiling any of the plot for viewers that have not seen this before, any fan of 1980’s and early 1990’s action movies that featured big names or was solely created for a VHS release should find enjoyment in this one. 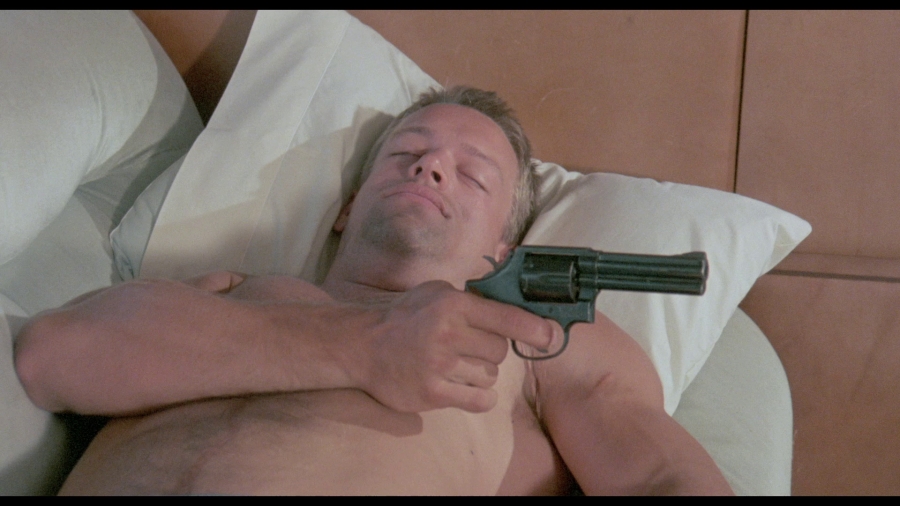 The quality and restoration is absolutely superb, much better than any previous version that I had seen before. The colors look amazing, especially when dealing with the lush mountainous scenery and interesting locations that were used on location in Greece.

The restoration was done by Deluxe Restoration in London and they used a 35mm interpositive element that was scanned in 4K resolution. They removed thousands of pieces of dirt, debris, and scratches using a combination of tools. The soundtrack was sourced from the director’s original tape masters and all of the restoration process was approved by him.

The extras include two interviews. The first is from the director, who has some wonderful stories involving the film’s production, Reeds wild behavior, and a tragic helicopter crash that occurred while filming. The interview runs almost 30 minutes. The second is from the main star Brian Thompson, who gives some history on his acting career as well as his memories of the picture. This interview runs close to 18 minutes.

There is also an audio commentary from the editor of the film Barry Zetlin being interviewed by fellow editor Michael Felsher. The commentary is pretty much a history of Zetlin’s editing career and would be interesting for fans of the various pictures that he has been involved with, as he has had a long career and worked for many companies including New World Pictures and Cannon Films.

The downside to the interview is that it doesn’t focus on the specifics of the film, which will disappoint fans of the picture who are craving more information. It would have probably been better to have gotten the director to provide commentary on this one.

There is also a fully illustrated insert booklet that features an by film critic James Oliver. I found his to be insightful and a nice addition to the companion as he focuses on the themes of being a mercenary as both a character in a film and as an actor in real life. It also touches on the use of homosexuality in the movie and some of Mastorakis’s directing career.

This is well worth the purchase for cult fans of this motion picture or ones that haven’t seen it who are seeking out restored action exploitation films from this era. 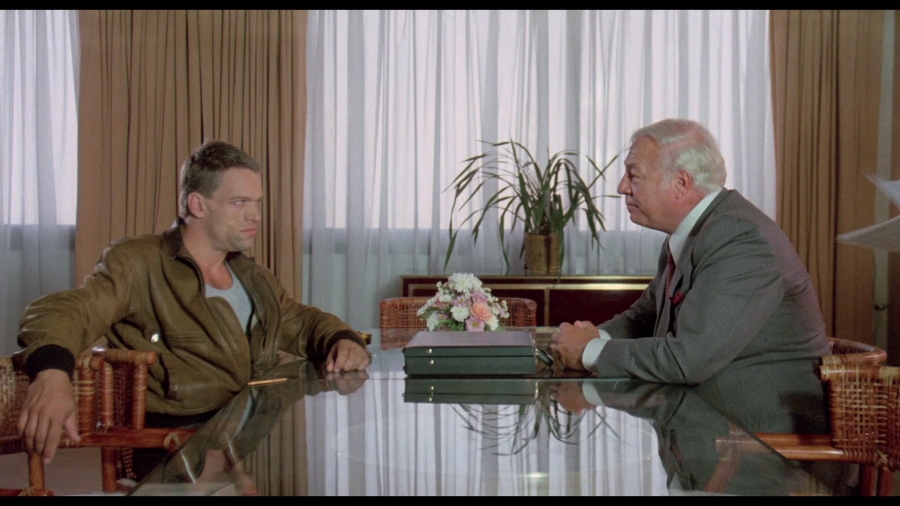 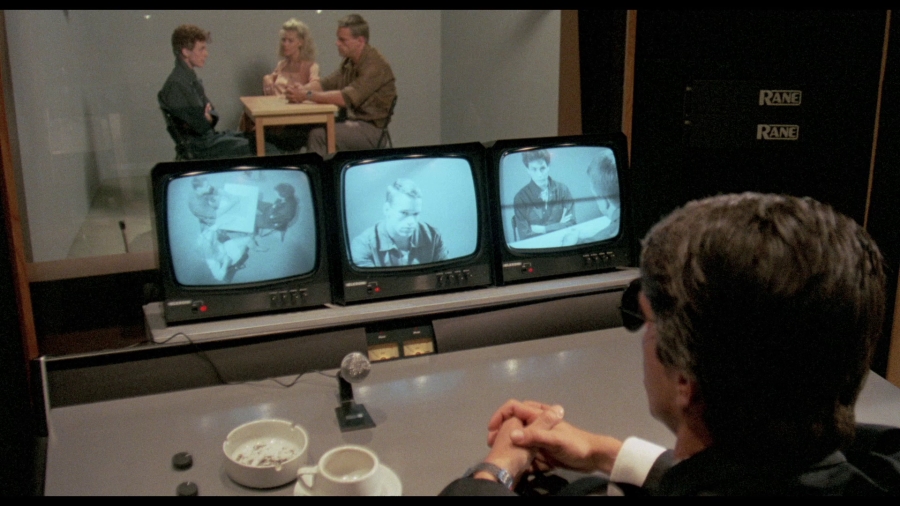 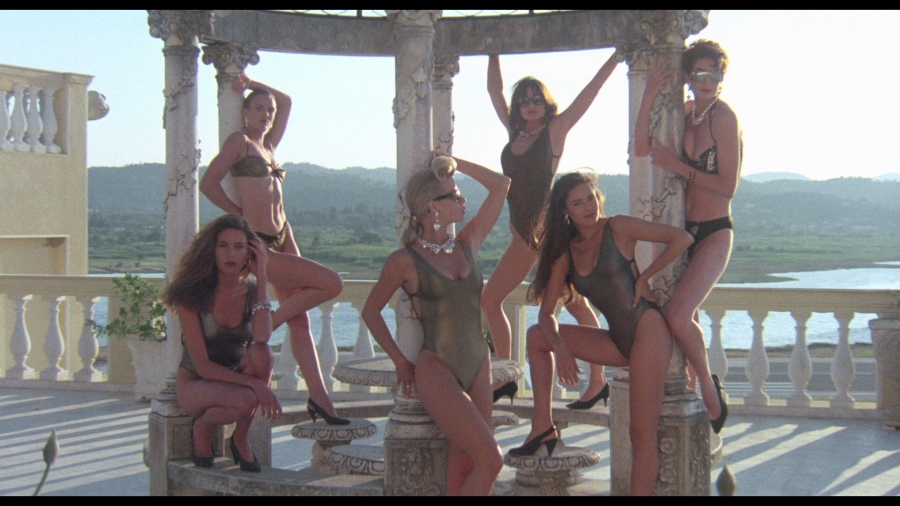 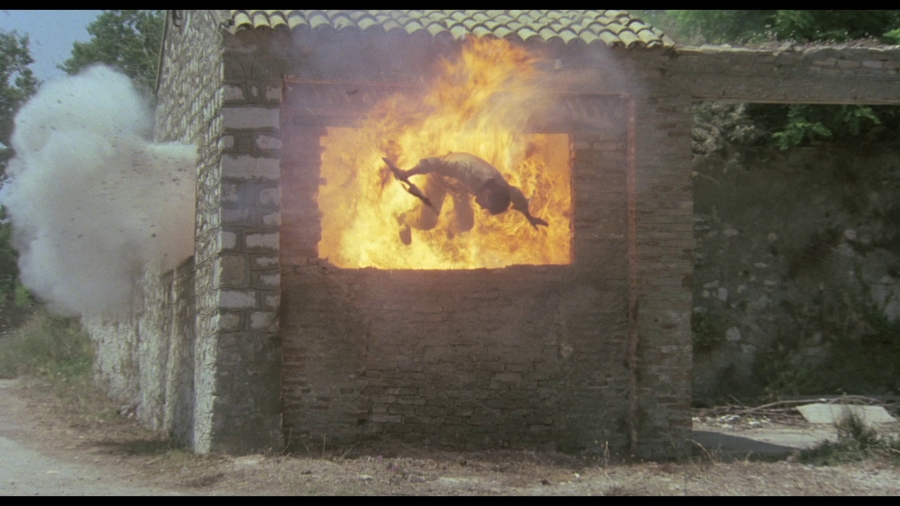