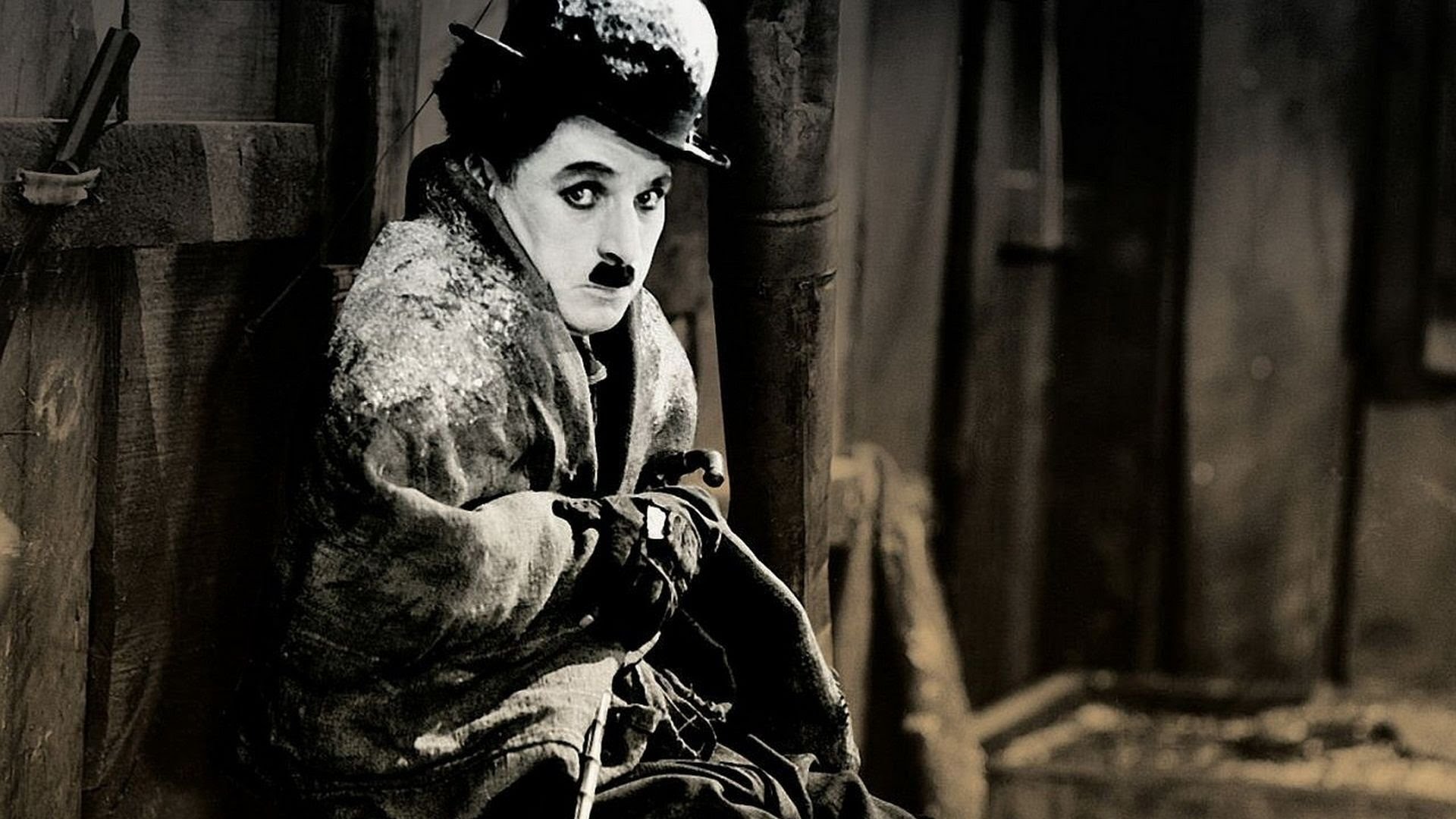 Before going to film school a lot of people think that whatever there is to be learned about filmmaking can be taught through books and classes – types of shots; editing style; narrative economy; storytelling… Well in part it can and students can learn all about that in theory, but true knowledge only comes with experience.

One can know everything about film, theoretically speaking, and yet find him/herself lost as to how to shoot a certain scene. A certain detail or how to build and maintain the film’s inner narrative and meaning.

After shooting, watching films comes as the second “commandment” for every film student, who, by nature, should be a ‘cinephile’. And thus, the importance of silent film within this line of thinking.

Filmmakers during the silent era didn’t have the number of resources nor the technological development of today’s cinema. All they had was creativity. Of themselves and other crew members who came up with solutions to shoot virtually impossible scenes. For instance, the forest scenes in the German epics “Die Nibelungen” (1924).

In these films, “Die Nibelungen: Siegfried” and “Die Nibelungen: Kriemhild’s Revenge”, a set was built on studio mimicking a forest in natural scale, however, to achieve a close lighting effect to that of a real forest – with the sun’s light coming across the tree leaves – the production covered the set with a giant fabric that allowed the studio’s artificial light pass through small holes. Therefore, mimicking the lighting effects of a real forest.

Audrey Hepburn once said “Everything I learned I learned from the movies”. And those words perhaps sum the idea of this film list, that should not only be directed to film students but practically to anybody who takes an interest in film.

1. Silent films were the first to teach about the storytelling and narrative economy

Contrary to general thinking, during the silent era not all productions had the same monetary resources of D.W. Griffith and The Biograph Company or were backed by a genius inventive mind like French director George Méliès (who built a glass studio in order to have natural lighting in his films). So, particularly after the period of film as a cinema of attractions, filmmakers, just like today, had small budgets, storylines that did not involve great war scenes and fantasies nor great scale sets.

And it’s precisely in those films that this section is focused. Great simple films like “Sunrise (Directed by F.W. Murnau in 1927) or “The Wind” (Directed by Victor Sjöström in 1928) which were picked among many other great examples for the sole purpose of resuming the importance of storytelling and narrative economy.

Often when reading a script or thinking about adapting a novel or a short story to the screen, a frequent question pops up: “Is this scene really important to the story I’m telling?”. It’s easy to lose ourselves within the narrative and when that happens this affects the audience. Silent films teach us to be focused on the story we are telling, despite their lack of resources and sometimes cliché solutions.

In “Sunrise”, director F. W. Murnau focus his attention on a farmer who is seduced by a vamp that tries to convince him to murder his wife. In this film, all scenes are incredibly important, all shots have a purpose whether if it they serve as establishing shots or portray the drama or even build the film’s inner meaning, which revolves around themes such as desire and human condition.

All the elements of the cinematic language (camera movement, mise en scène, sound, lighting and editing) work together to inform, to explore feelings, to create ellipsis, meanings and truly contribute to the sense of unity this film has, which is a vital quality for every film to have.

In this film, Murnau didn’t want to use intertitles, but was forced to due to the norms imposed by the studio, however, it’s interesting to observe that as the film develops the intertitles become almost inexistent.

2. Silent films were the founding fathers of film editing techniques and helped us understand the importance of movement and stillness

Starting with D. W. Griffith, who established the norms of entries and exits in a scene, as well as, the use of tableaux, of parallel editing (cross cutting, where scenes from different stories within different time periods are put together suggesting that they are thematically related) and alternate editing (where two or more events that belong to the same story and are usually put together to explore a relation of cause-effect).

Going through Lev Kuleshov, with his achievement of the Kuleshov effect, the intellectual montage of Sergei Eisenstein in order to produce ideas… Silent films were responsible for the birth of continuity editing which is essential to storytelling and narrative economy. It evolves a set of principles such as the use of ellipsis, the use of diegetic or extradiegetic sound, flashback, match on action, 30-degree rule, 180-degree rule and so forth.

And with the establishment of these rules, early cinema helped us yet to understand another cinematic pillar – rhythm. Rhythm can be internal or external, so sticking with the external rhythm (which is the one that establishes the pace of scenes) another great lesson silent films have taught us is when and where to use movement, and likewise, how and why to use movement.

Because until the 1960s cameras were big and heavy, movement was often confined to only ‘special occasions’ within the film – a moment of discovery, a climax, a character’s introduction… Again, taking Murnau as an example, the first recorded dolly was used in his film “The Last Laugh” (1924).

Some accounts explain that the crew put the camera in a baby carriage and then made it “slide” smoothly across a sort of small railway in order to achieve movement, however, there are other cases in this film where the camera was secured and ropes were used to make it slide and move across a set.

3. What silent films teach us on the importance of the Mise-en-scène and objects

Mise-en-scène evolves a number of elements ‘within the shot’ – set design, costume design lighting, space, composition, acting etc. – and this works in favour of the narrative and the film’s meaning.

Within the mise-en-scène, one of the most interesting aspects to talk about is composition, particularly, the exploration of the deep focus techniques and the complexification of a set/space; being two of the pioneers in this aspect D. W. Griffith and Abel Gance. Also during this period 1910s/1920s, before the transition to sound film and the birth of noir, there were a number of advances in cinematography, particularly in the lighting department.

Griffith and his crew members notably experimented, around 1910-1911, with the use of reflectors in order to diffuse and direct a source of backlight into some set areas or even the actor’s faces. Some early examples of their achievements are “The Thread of Destiny” (1910) or “Enoch Arden” (1911).

Even though Griffith also experimented with the use of high contrasts and the creation of shadows reflected on walls and objects, it was the Germans that accomplished notoriety with their expressionist films of the 1920s and once many filmmakers and cinematographers left Germany to go to America in the mid 1920s and 1930s a reflection of their influence was immediately seen in some Hollywood productions like Erich Von Stroheim’s “Greed” (1924) – which had one of the first known uses of incandescent lights –, Josef Von Sternberg’s “The Docks of New York” (1928) or “The Phantom of the Opera” (1925) directed by Rupert Julian.

Though before these, director Cecil B. DeMille also developed different lighting techniques inspired by the use of light made by classical painters such as Caravaggio or Rembrandt. An example of this is the film “The Cheat”, produced in 1915.

Another aspect that also gained relevance in the mise-en-scène were the objects. It was during the silent era, after the period of the cinema of attractions, filmmakers started to be more careful when preparing sets and exploring how the different elements of the mise-en-scène could affect the story they were telling.

The Germans, experimented with great success deformation and gothic influences in set and costume design (examples: “The cabinet of Dr. Caligari” in 1920 or “Dr. Mabuse” in 1922). The French impressionist filmmakers also made an impressive use of objects in their films and great examples are the works of Luis Buñuel and Jean Epstein such as “Faithful Heart” (1923), “The Fall of the House of Usher” (1928) and “Un Chien Andalou” (1929).