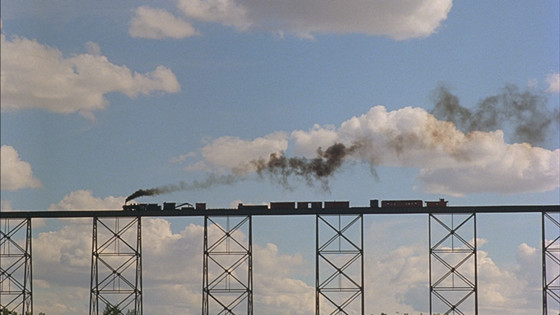 One of the most relevant battles in contemporary filmmaking is between the looks and the brains of the film. Many critics and filmgoers always tend to pick a side, between the poetry that is conversation, and the floating ambience that imagery and the art that can be created when enveloping a story.

If this exercise has an end, other than a never ending clash of two very different intellects, it should be that one can’t negate the other. Both brains and looks are necessary when it comes to a moving picture. Sure, looks have an orgasmic vitality, but they can be easily abandoned if there is no passion and no story to be told later.

Both of these aspects converse and aid each other in the theme, the idea of communication that shouldn’t be kept by the author in post-statements and interpretations, but rather in the very experience of the universality of delicate subjects that either make us laugh or cry.

In the lines that follow, you should find a selection of films that make amends with this dispute, proving fire and judgement can be tamed into a sole beast.

What breathes here are the beautiful creations, the “micro-verses” that constantly collide, leaning heavily on the human shape through the depiction of shots that are composed to constantly fight and cede in the same space and time.

Freddy and his demeanor is structured in a glorious manner that centers him in the shots in complete loneliness, which is drawn from what also accompanies him. Freddy is constantly pictured suffering and quelling (hence his name) in the beautiful decaying scenery that Mihai Mălaimare Jr. crafts, psychologically rendering him unable to have a relationship with his surroundings at the start, and then people.

Be it the abundant mass of naked people shot in thirds, or incredible juxtapositions of characters and imagery through contrast and complementation in what is a fragmented, yet shared composition.

Luis Buñuel uses the tense German Expressionism through his angles and structure, to later annihilate that idea of order through the use of surrealism. This is a fine film that showcases how a visual style can be opposing in order to create meaning.

This UNESCO-contemplated film constructs meaning of what misery is in every situation. Starting from establishing shots of New York, Paris, London, and Mexico, it gives a feisty and not-so-explored side of unpredictability through Mexican and South American customs that extend to its characters. Jaibo is that perverse, mostly extinct only-bad archetype, that detonates Pedro’s reality. His chase extends to every level of Pedro’s consciousness.

There is a horizontal depiction of characters and continuous use of two-shots and medium-shots that balance the protagonism of every character as a driving force. Only when dream sequences are viable do the low-angle and high-angle shots seem ever-present to showcase how fantasy can be so more enticing than reality. 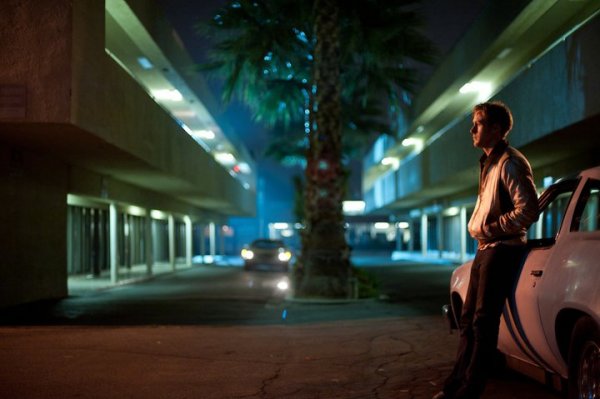 This is the rule of thirds composition to a dangerous (in a good way) extent. Newton Thomas Sigel, responsible for the cinematography here, focuses on smooth travelings, and encapsulated and distressing spaces, in order to arrange what vertigo, acceleration and danger can be in ordinary and less active spots in the face of danger.

Starting with the beginning chase, the image is composed from a below-center-of-gravity Point of View in order to give Ryan Gosling’s character all the force his character needs. His is a character so enforcing that in spite of all of this, he doesn’t even have a name.

The composition is arranged in a manner that allows for replacement of the focus of attention with another source, be it with an antagonistic force or a complementing one, like the case of Oscar Isaac or Carey Mulligan.

The lighting options here also add demeanor and atmosphere to the film and its composition, shedding information of what is to be seen and what not, and more importantly, in which moment. A key to composition is also the tempo of a scene, and the intention it conveys. Be it in the adrenalinic pursuits of the driver to escape his parallel life, or the more poetic compositions that are him in the skin he should live, by the side of Carey Mulligan and a day job.

This silent epic from 1915 has mastermind D.W. Griffith at the helm of this project that communicates on the many layers this film conveys. Heavily supported on the platform of visuals, restraining completely from dialogues, there is a visceral psychological endeavor here.

Through the juxtaposition of asymmetrically composed images, a Pavlov-esque conditioning takes place in the mind of the viewer, assembling violence and conquest as more than means or by-products, but as harsh necessities that reverberate in the end-product of every modern tale.

The psyche of this film works on the many layers that the picture moves its protagonists. Morgan Freeman and Brad Pitt aren’t often separated, and this is no accident. The two-shots and their use are not accidental; the counterweight of the picture is heavily allocated in Pitt, and vice versa with Freeman. And when there is an absence in the representation of either, there is a free space that communicates with a balance for intrigue.

Pitt is that blind side, that vicious approach to the laws of enforcement that drive his character David Mills with an idealism that is projected with every dire choice he makes (proving ultimately timely in the final chase for revenge). His decision-making system never abandons him, and should never, and this is how a beautifully interwoven narrative and picture can interlace each other to aid this intention.

Freeman, and his portrayal of William Somerset, is calculative and bathed in raucous experience drawn with pain. His depiction through the lens, on the other hand, plays with complementing the weight in the picture with more free space on either side, playing with the idea that he can stand alone and also be complemented on the naïve side of things by the idealism of Mills. This is a fine example as to how a fractured psyche can be complemented in a picture with a visual endeavor.

Robert Elswit is the fine outlet of the imagination that transpires from Paul Thomas Anderson. This film chooses to dictate rhythm through rapid alternations of various visual aspects. There are vibrant low-angle shots that are followed by concurring two-shots at eye level that draw in the viewer only to leave a perplexed sensation when the story switches to conveying images made in thirds.

Both Daniel Plainview and Paul Sunday are fitting counterparts of distress that are shown in their solace and followed by their encapsulating singular situations and fates. There is a sheer eye for involvement and preaching, either vertical or horizontal, allocating shapes into the frames and metaphors to visuals, to what is an engaging and captivating spectacle in narrative through visuals, without one negating the other.