If Argento had created a romantic drama spiced with a supernatural mystery and a few instances of violence, it would’ve probably looked like Star (Étoile). Its headliner is gentle and graceful Jennifer Connely in the role of American ballerina Claire who arrives in Budapest to enroll at a prestigious ballet school managed by creepy Marius Balakin (Laurent Terzieff).

Without revealing too much, in Cinderella fashion, she meets a compatriot-youngster, Jason (Gary McCleery), who (no wonder) becomes obsessed with her. In the course of the film, she transforms from white to black swan and he tries to reveal the reasons behind it.

Even though it contains a lot of references to Suspiria and Opera, Star is a different beast – tamer and less outlandish, yet tenebrous and captivating. Being set in the Hungarian architecturally stunning capital, it doesn’t lack in impressive exteriors and interiors (not to mention a surreal basement) which form a sort of an urban fairy tale surroundings – a character on its own right. 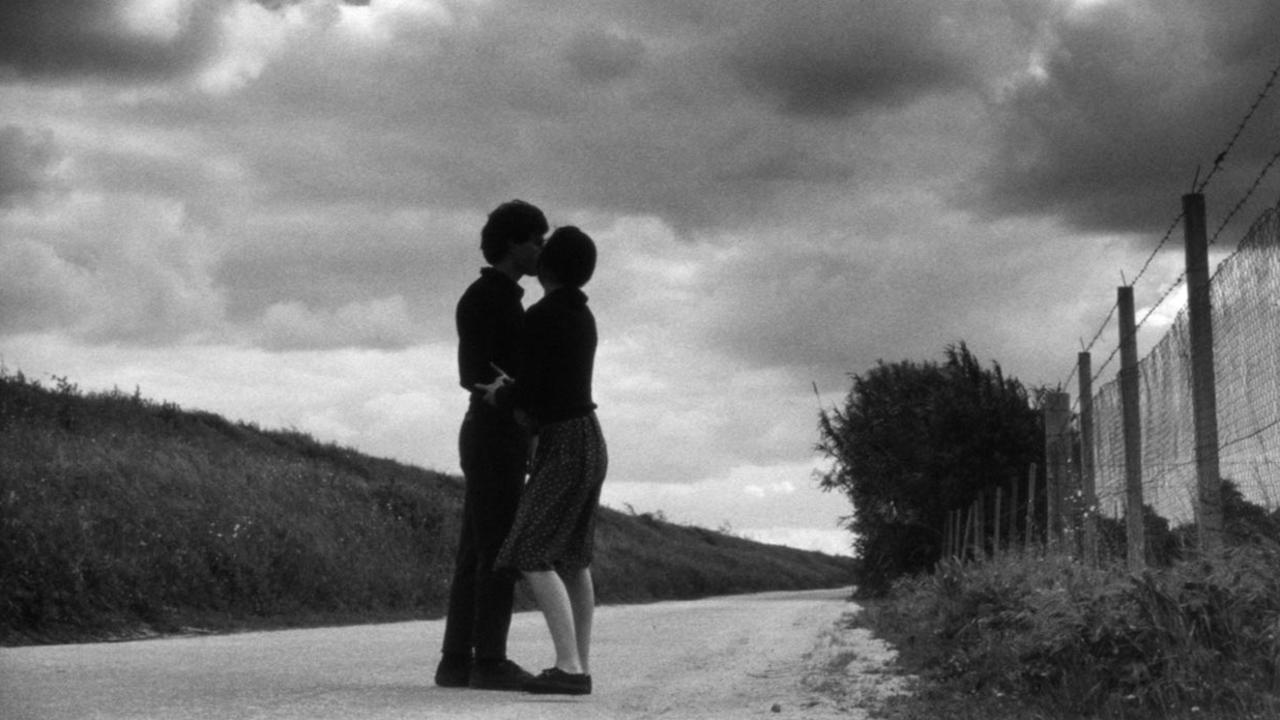 “The night was dark,
No moon shone.
In the distance
a wolf howled all alone.”

Seventeen year old Vicente lives with his ten year old brother Nino and their irresponsible, allegedly ailing pops in a neglected house on the outskirts of the city. After the father leaves for good, the boys decide to cover up his departure. A primary school assistant, Clara, helps Vicente to take care of Nino. With the appearance of a wealthy uncle, an enigmatic woman and a couple of debt collectors, the secrets start to pile up…

From the very beginning, you’re engulfed in a numb and shadowy atmosphere achieved via the symbiosis of the melancholic score, periods of silence and grimly striking B&W imagery (kudos to the trio of cinematographers). As the film progresses, the web of mystery expands until the sudden ending.

Under the layers of this odd family drama, Pedro Costa inserts the parts of a puzzle, but refuses to offer a clear solution. In his deft hands, a simple premise is turned intriguing, as he boldly balances between an accessible portrayal of the protagonists’ harrowing reality and dreamlike illustrations of a haunting past. 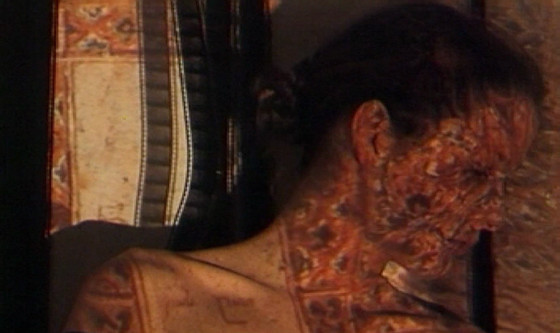 “You want Pegasus to plow your fields. But when he gives you a kick, you then appoint a pimp to be a genius.”

From the oneiric, sensual, apocalyptic and religious visions of sublime and heart-wrenching beauty, Don Askarian spins a cryptic, melancholic and transcendental poem, inspired by the life and work of Armenian poet Avetik Isahakyan, as well as by his struggle for freedom, human dignity and art without censorship.

Representing his idol as the eternal entity which embodies all of the disputed artists and suffering nations, he leads us – hypnotized – through the entangled labyrinth of tumultuous dreams, strong emotions and lucid recollections. Through the identification with the mystified character of Avetik, he looks back at the tragic events of his motherland’s history and looks down on his “corrupted” colleagues.

With a pinch of acrid humor, Askarian salts the open wounds, so in one scene, he invokes a king of yore who drops by the poet’s apartment for a cigarette and a cup of bitter verses and accusations. Inspired by the old-school masters of cinema, such as Parajanov and Tarkovsky, he opens the portal to the realm of the surreal and deeply personal where past, present and future flow together.

Keen, silent, wistful and introvert, he relies upon the esoteric system of symbols, Avetik’s and his own experiences, and the pain alleviated by the aesthetic quest. The meanings of his metaphors are blurred, but the pictures that hold them are vivid, painted with confident strokes. 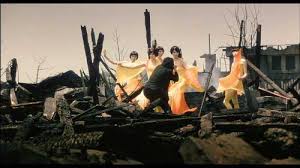 Based on a short story of the same name by Ango Sakaguchi, drama/fantasy Hakuchi (The Idiot) is set in the alternative past (or future?) of Japan devastated by shell attacks. In the midst of chaos caused by a seemingly endless war, the people are impoverished both materially and spiritually, as a corporation Media Station broadcasts false news and entertaining shows starring a spoiled and psychotic singer, Ginga.

A talented, yet introvert and suicidal protagonist, Isawa (Tadanobu Asano, brilliant), works in the aforementioned “palace of folly” which drags him into the hell of mobbing and isolation. It is only his neighbor’s silent wife who shines the light of hope…

From the very first minutes which depict the stark contrast between the wretches in ruins and the privileged paragons of the cultural decline, Macoto – the son of the famous Osamu – Tezuka shows no mercy towards his audience. However, his direct, shock-fueled satire on media transforms into a romantic narrative of loneliness and the search for a meaning in the empire of the absurd.

Questioning our reality and dealing with the artist’s ethics, he creates the characters whose often cartoonish looks conceal disoriented individuals on the road full of obstacles. As he tries to strip them of (idiotic) masks, the eye of Jun’ichi Fujisawa’s camera and Ichiko Hashimoto’s neoclassical score do never betray him. 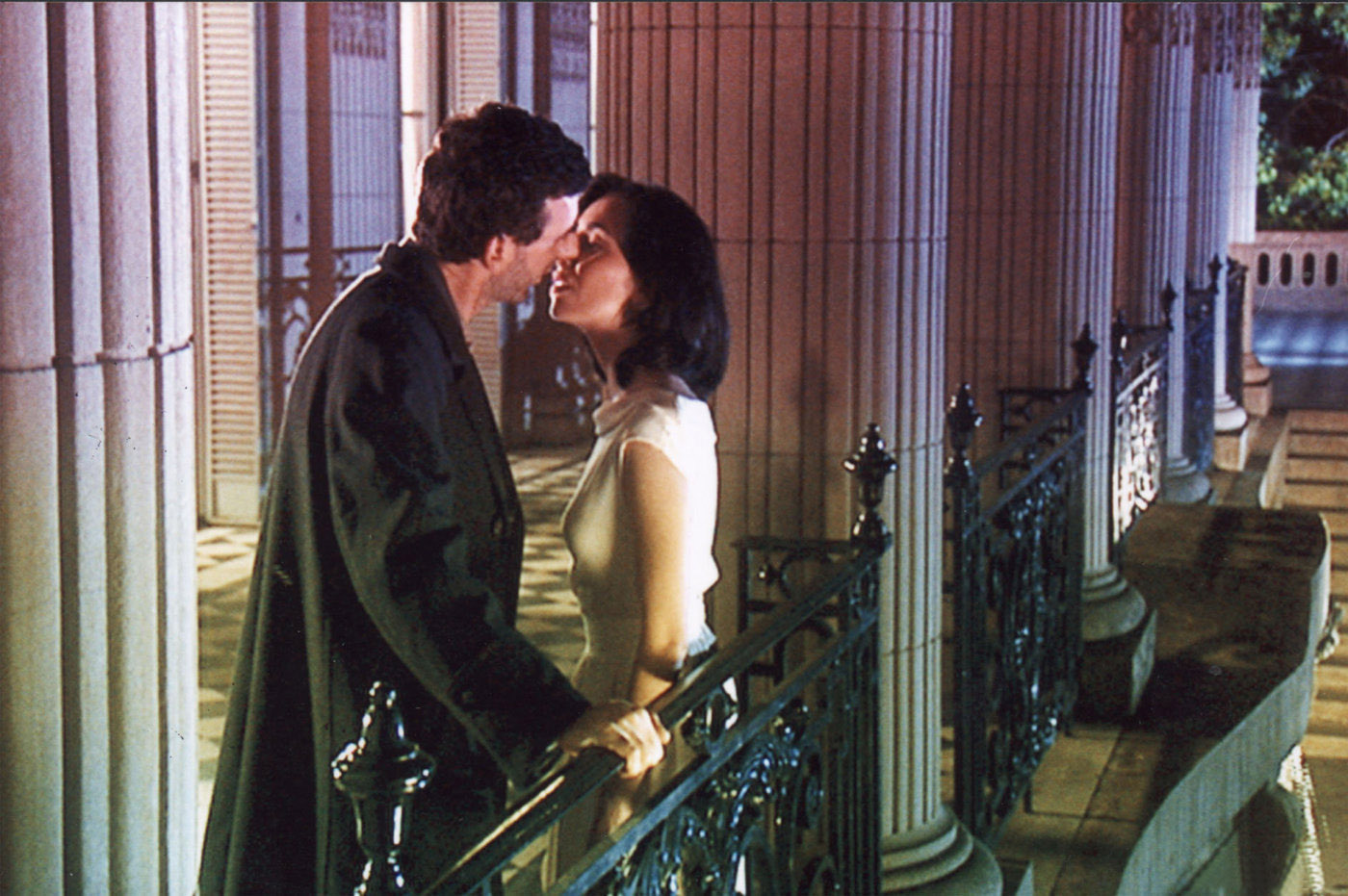 The Adventures of God (Las Aventuras de Dios) is one of those films that boldly defy categorization. Spiced up with the absurd and black humor, it could be described as a theologically-metaphysical mystery – sardonic, delirious, poignant, challenging and iconoclastic, with the atmosphere that is Kafkaesque, Beckettian and Bunuelian.

Once it pulls you into its alternative world, you have to agree with a nameless, amnesiac protagonist (who emerges from the ocean and whom we’ll call X hereinafter) – everything that happens to him and his enigmatic acquaintance Valeri must be a part of someone’s dream. X wishes to find out whether life ends or begins after the awakening, so he goes on a quest for the one who sleeps.

The process of finding answers to the memories, identity and perception of reality occurs slowly in a remote hotel whose guests and employees include a dead masturbator and Jesus as a lottery host in a casino, among the others.

Subiela probably takes the inspiration from his own nightmares, along with the works of Dadaism, Surrealism, the French New Wave (Last Year at Marienbad) and Spanish painter Cristóbal Toral. Uncompromising and meticulous, he comes up with the complex puzzle of an unknown dreamer’s unconscious mind. It is only a pity he utilizes a digital camera which doesn’t do justice to his visual compositions. 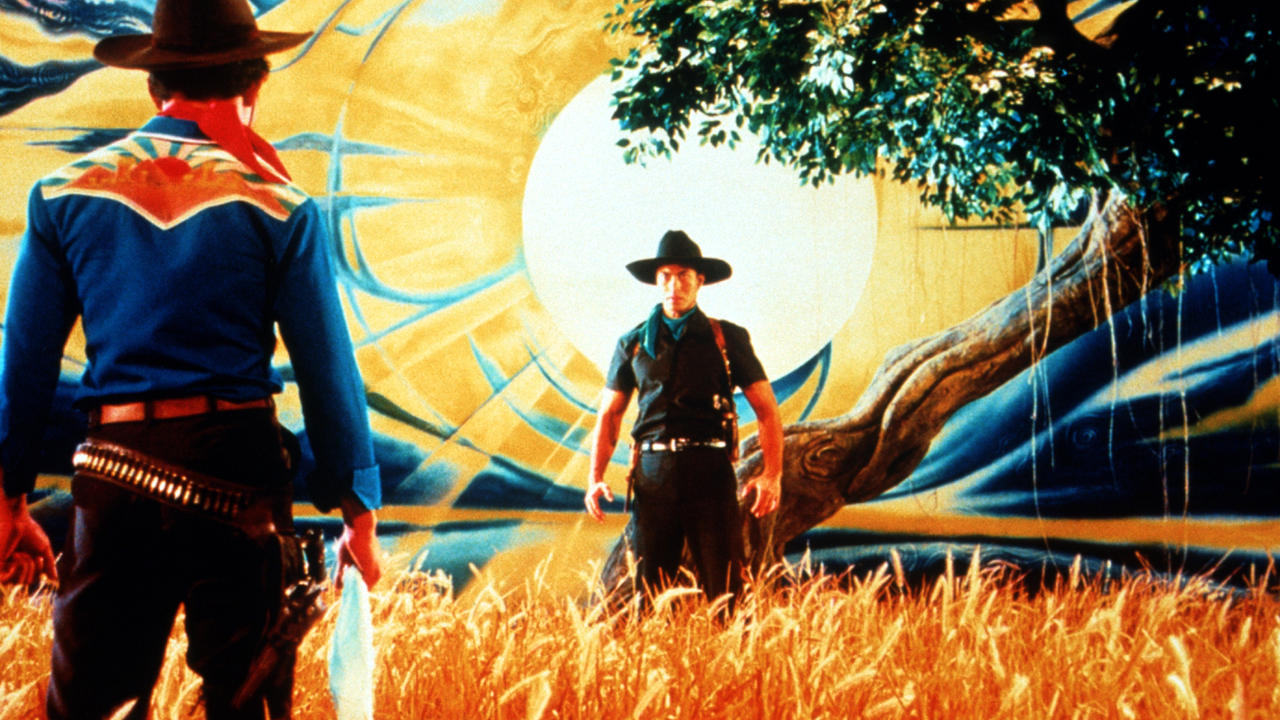 Wisit Sasanatieng’s wry, hyper-stylized and intentionally kitschy debut feature is best described by Nathan Lee for The Village Voice as a “radioactive western fused to mutant melodrama, with intimations of a spectacular musical, forever suppressed, buzzing just below the surface”.

Drenched in the muddy waters of anachronisms and tongue-in-cheek humor, this eye-catching meta-film/postmodern-homage-parody is the result of a daring experiment. Veiled in over-saturated colors – “poisonous” tones of pink and turquoise green – it is reminiscent of the old, hand-painted photos or impressionists’ canvases retouched by Andy Warhol.

Beneath the intoxicating pictures complemented by a Morricone-like score and “sleazy” ballads about moon gazing and heart trembling, a cheesy story of honor, revenge and forbidden love is hidden, whereby many clichés (of all the genres mixed up) are gently mocked.

In the words of the director himself, his role models are Sergio Leone and Rattana Pestonji who is considered a father of a modern Thai cinema, but easily recognizable are the influences of pop-art, Seijun Suzuki’s theatrical antics and Quentin Tarantino’s ultra-violent “epics”. One thing is certain – Sasanatieng’s mélange of incompatible ingredients is both authentic and fun.

A seventeen year old named Nói (Tómas Lemarquis, brilliant) lives with his grandmother in a town tucked between the snow-covered mountains. While his fellow citizens have accepted the monotony of their day-to-day activities, he desires something more. After getting close to Íris (Elín Hansdóttir, delightful) who works at a gas-station, he decides they should run away together from the island. Unfortunately for him, all of his attempts end in a complete failure…

Through a skillful combination of drama and comedy, Dagur Kári creates a film simultaneously eccentric and unpretentious, cold and moving, depressive and oddly energetic. From the very beginning, he holds your attention with an excellent photography whose bluish “patina” evokes the iciness of Iceland and gives an almost surreal look to the proceedings.

Even though Nói is not a character one can easily sympathize with, his story – both realistic and somewhat fairy-tale-ish – gets under your skin, especially if you’re not quite in line with the system. Besides, Kári’s helming is immaculate and his team’s acting so good you won’t believe most of its members are non-professionals.

A nice treat for the aficionados of the North European cinema.