For his debut fiction film, writer, director, producer, musician and world traveler Oles Sanin finds the inspiration in the folkloric inheritance of Tatars and Ukrainians – more precisely, in duma Escape of Three Brothers from the City of Azov and in epic about the Mamluks on the quest for a golden cradle of Genghis Khan.

Mamay is an enchanting audio-visual poem, quite perplexing to anyone who is not familiar with the symbols of the aforementioned nations’ traditions. It revolves around the spiritual transformation of the titular Cossack whose name means “no one” and “the ghost of the steppe”, as well as his unfortunate romance with a beautiful Tatar shaman-girl.

By the virtue of the exceptional cinematography, the mystique of a natural ambiance and the exotic costumes, Mamay possesses an ethereal quality of a fairy tale and brims with striking imagery rich with ethnographic details. Also worth mentioning is an intoxicating musical potpourri dominated by the sounds of cobza, bandura and zurla.

An experimental anthology Bird (Tori) marks a directorial debut for THE Tadanobu Asano whose interests include poetry, painting and calligraphy. Composed of five unrelated vignettes with allusive meanings, it mirrors the famous actor’s unrestrained creativity.

This forty-something-minute long collage opens with a surreal and colorful animated sequence that mimics child’s doodles – a little bird born in a youngster’s eye flies above the abstract, psychedelic landscapes. Up next is the most visually attractive segment – a “silent”, enigmatic artsploitation fantasy of gothic atmosphere, reminiscent of “live-action manga” Death Trance. In a snow-covered forest, a contemporary samurai tries to commit seppuku, but ends up insane (or something like that).

The third miniature is akin to “home video” antics from Dynamic 01: The Best of DavidLynch.com and it is a quasi-documentary homage to street art and skateboarding. Then, it’s a stand-up comedy time with the Noiru Koiru duo, followed by the dance performance which serves as the epilogue. Simultaneously masculine and feminine, the final part of the omnibus is, to a certain degree, similar to Maya Deren’s A Study in Choreography for Camera.

For the fans of Asano and/or alternative cinema, Bird is a nice treat. 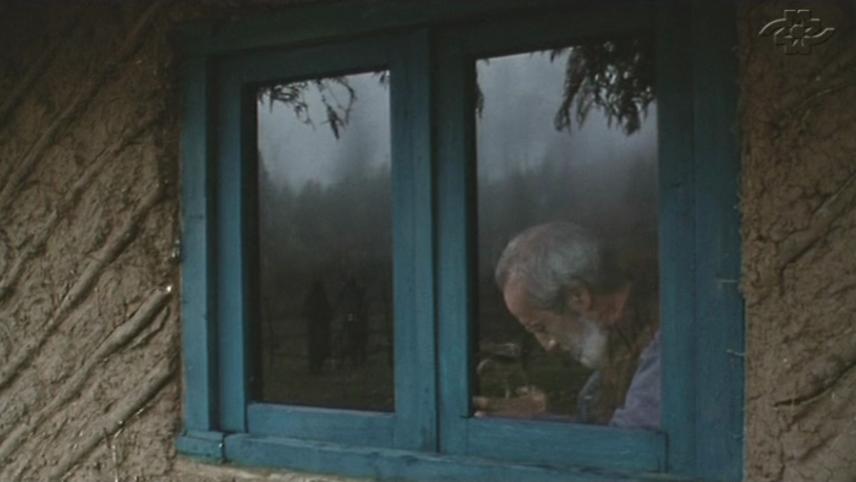 In Panahbarkhoda Rezaee’s first feature-length film which is probably influenced by Tarkovsky and Sokurov, the magnificent shots colored with melancholy flow like the verses of an ode to loneliness. The minimalist screenplay tells of a widow, Rana, and her ailing father who live in a small, rustic mountain house frequently shrouded in fog.

The protagonists’ surroundings are both serene and sinister – the high evergreen trunks serve as a reminders of their pitiful existence. Their routine chores which include knitting, producing charcoal and mending oil lamps, inter alia, are slowly leading them to the inevitable end.

However, Rezzaee does not allow the banality of day-to-day survival to get out of control – on the contrary, he turns it into a pure visual poetry. Each moment of his heroes’ life is eternalized with a gloomy, yet magical and impressive picture (kudos to DP Alimohammad Ghasemi).

Reduced dialogues and the absence of music establish a contemplative mood, whereby the man’s insignificance in the universe is emphasized. In spite of that, a flicker of hope still burns in the final minutes of this “autumnal” drama. 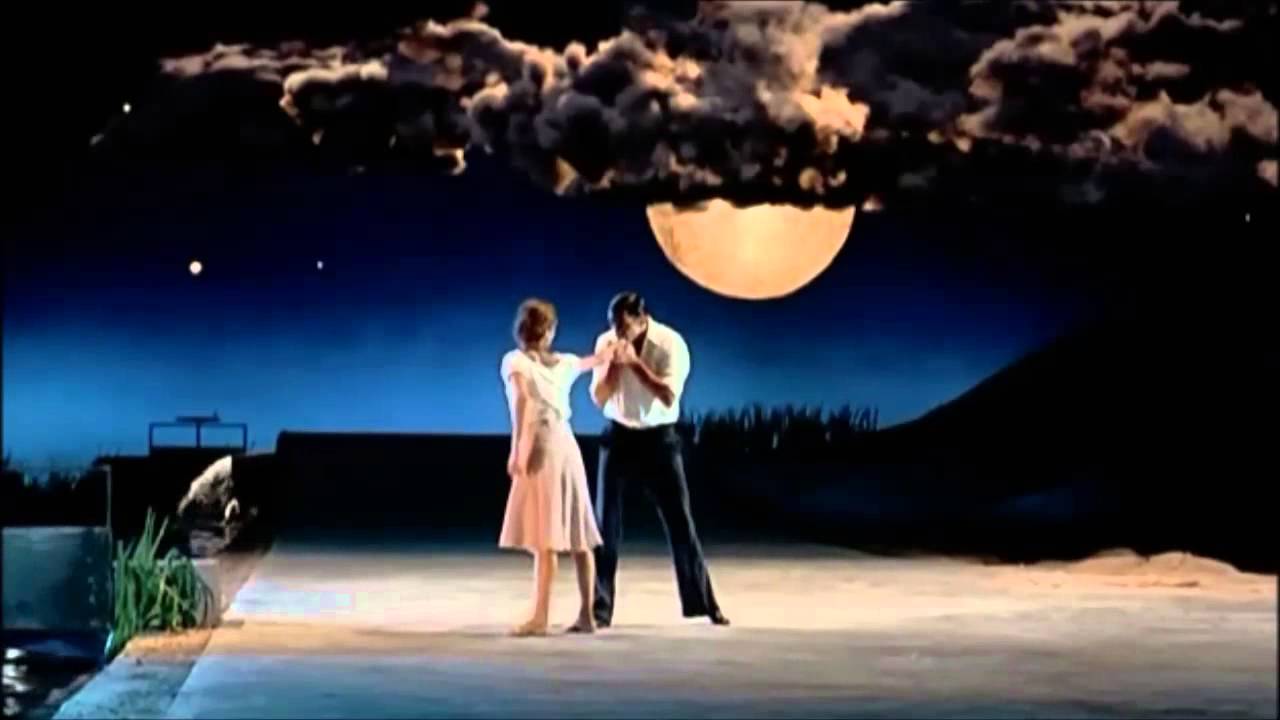 Like the original work, it is based on the short story The Pigweed, but this time the author communicates through the language of dance. The dialogue is very sparse, yet it is not needed, given that the images, music and the protagonists’ moves speak louder than any words.

A titular hero is a lonely country dandy whose feathery pet participates in the local cockfights. One night, he seduces graceful Francisca and their love blooms until the appearance of enigmatic (and fatal) Lucía. Even though the plot could not be simpler and cheesier, Aniceto is worth watching for several reasons. 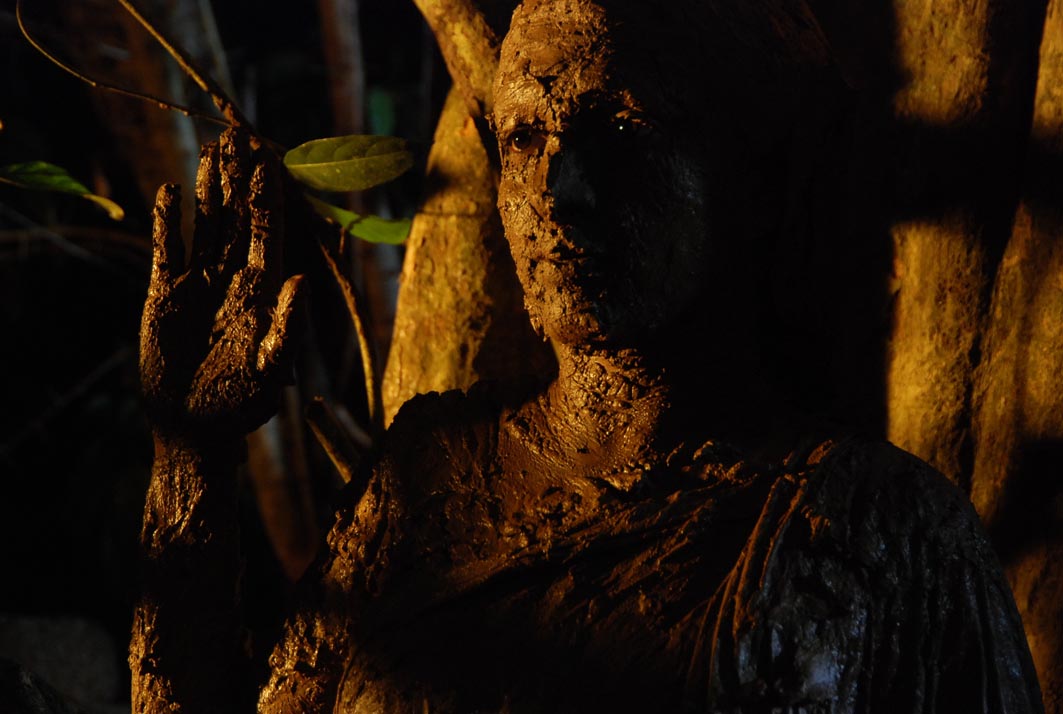 Image Threads (Chitra Sutram) is one of those films that defy categorization. Poetic, multi-layered, provocative and challenging, this postmodern “fairy tale” combines at least two narrative threads which connect the analog to digital world and personal to Hindu mythology.

It focuses on the intellectual “clashes” between a melancholic IT professor, Hari, and a mysterious internet persona, Ramani, who might be a sarcastic seductress or a man suffering identity crisis. Their oft-cryptic conversations are interrupted by Hari’s lucid memories of his black mage grandpa who killed his own guru and, years later, cut off his own member as an offering to the goddess Kali.

While exploring the relation of reality and hyperreality, the physical and the spiritual, consciousness and its simulacrum, Vijay takes us on an endless journey of self-discovery and lulls us into a state of mnemonic dream. His characters are diametrically opposed, yet they still manage to find a common language – Ramani sees Hari as a sign, whereby he recognizes signs as living beings.

The unusual virtual “friendship” is sumptuously portrayed, not only visually, but acoustically as well. Brimming with details, the inspired vignettes are accompanied by the soundtrack so diverse that it would be an understatement to call it eclectic. 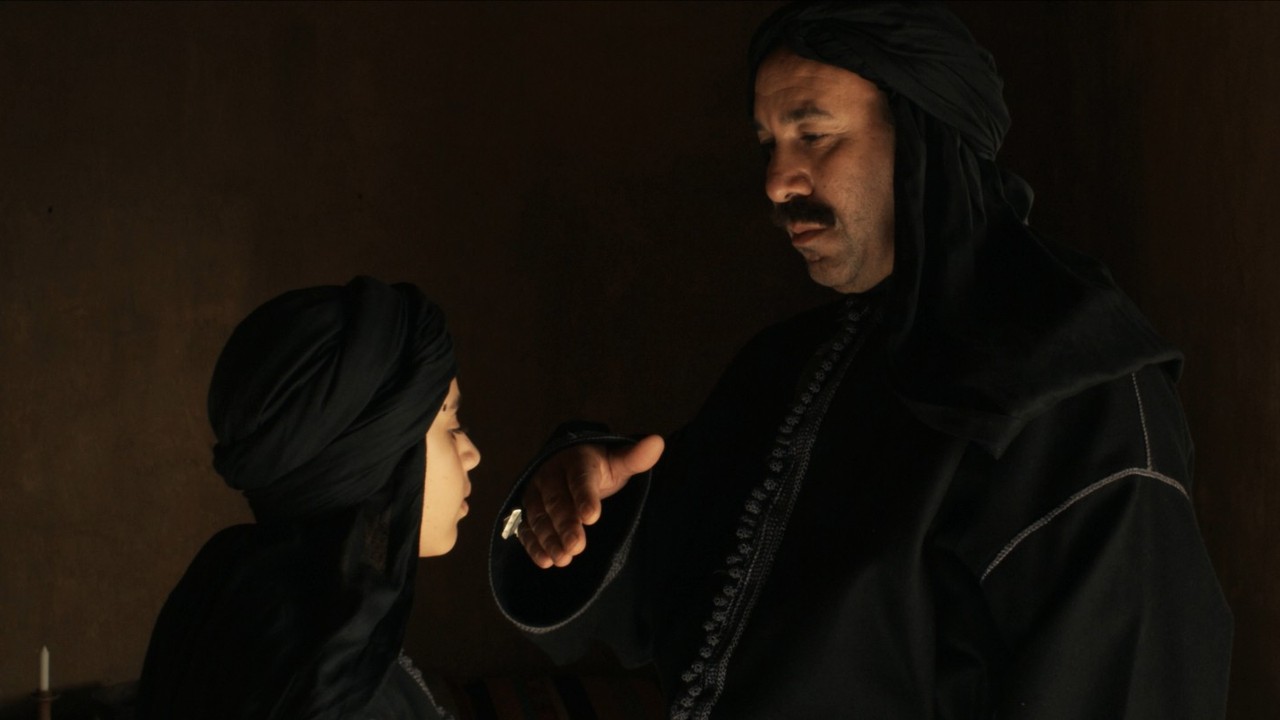 Mohamed Mouftakir’s promising feature debut – concerned with the status of women in a strict patriarchal society – pulls us into a dark labyrinth of the two heroines psyche with a coded manual as our only guide.

The metaphorical story focuses on a traumatized expectant mother, Rihana, who believes “The Lord of Horses” is going to punish her for the sins she committed, as well as on her doctor – a mentally and emotionally shaken Zineb. Borrowing from the Berbers’ legends and psychoanalytic theories, Mouftakir skillfully spins a thick narrative web which blurs the line between dismal reality and delirious dreams.

Rihana’s childhood under a tyrannical father is revealed through the retrospective scenes – unreliable memories that slowly and insidiously take over Zineb’s life. An orphaned Rihana’s friend Zayd is given the role of a “knight in shiny armor”, but the “spear” is taken away from him…

By inviting the repressed ghosts from the sepia-toned past into the gray & black present, the author builds a claustrophobic kingdom of illusions and deceptions, inhabited by the desperate characters. Most probably inspired by Lynch’s oeuvre, he uses ambiguous clues to make a broken mind’s puzzle more difficult to solve. 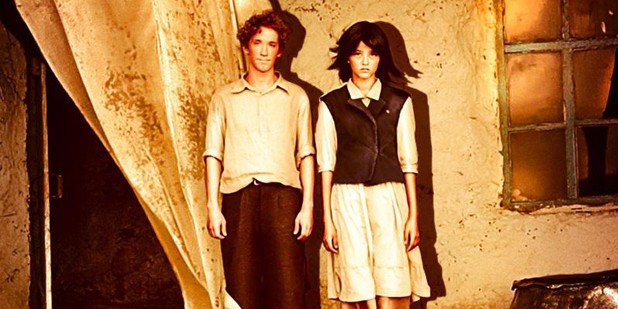 A young and talented girl and her mischievous father lead a peaceful life in a shack in the middle of nowhere. She desires to reach beyond the confines of her remote home, as indicated by a world map hanged on the wall beside her bed. In a neighbor-hostler-fiancé of hers, she sees nothing more than a future obligation. And then appears a cheerful acrobat (?), whose blonde hair suggests that he must have gone astray.

Set in the Kazakh steppe during the forties of the last century, Test (Ispytanie) delivers a simple and universal story of maturation, unfulfilled dreams and doomed love. By the specific manner of its themes representation, it falls into the category of “mute films”, such as an existentialist “pastoral” The Naked Island or a shamanistic drama Kelin.

Getting rid of the dialogues, Aleksandr Kott relies upon the images and the non-professionals’ ability to communicate with their gazes, glances and gestures. Even though it is not a novelty, this kind of approach proves to be very effective, especially in the context of the location’s climate – it’s as if the winds blew away the speech.

And there’s plenty of space for enjoyment in the fullness of gloomily exotic, almost mystical and Tarkovskian visuals complemented by whispery chants of Namgar Lhasaranova. But, one should not allow to be lulled into a dream by a serene atmosphere – an armed patrol announces a “nuclear” finale which is a painful reminder of Stalin’s regime and human destructive nature.