To some people, Andrei Tarkovsky was the greatest filmmaker of all time. After watching the levitation sequence from “Solaris”, many people would be inclined to agree. The Russian director fuses nature, paintings, music, and cinema into a unique scene of ascension to the sublime.

Tarkovsky intuitively understands one of the primary characteristics of human nature; the need for elevation, that feeling of going out of ourselves in the presence of great beauty and great art, and surging toward a divine nature that transcends our animalistic beginnings.

The scene, with music from Bach, could be described as a scene of metaphorical, philosophical, impressionistic lovemaking. That’s what elevation, or in this case, levitation does; it takes human existence to its apex, hyper-aware of the cruel beauty and the crude poetry of existence. 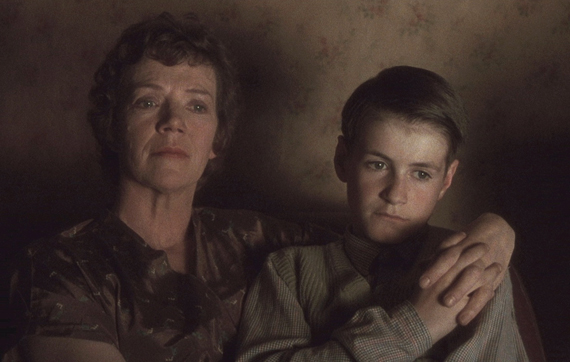 What’s the long day in this film? It is the director’s idyllic, magical childhood and adolescence; it is the dreamlike state of youth that gives in to aging and death.

The first scene of the film is still nature with colorful flowers slowly dying, and the end sequence is the most deeply lyrical, where all the sensations about dying, aging, and the passing beauty of the world are concentrated.

Davies chooses to have a fixed camera looking at the night sky, with the moon and the stars providing the only glimpses of light. Pro Cantione Antiqua, a British choral group from the 60s, sings “The Long Day Closes”, in an aural, sacral way that reminds us of Gregorian chants, of Lauridsen’s music, of the ecstatic pure contemplation of the universe in its wholeness.

Magnum mysterium, that’s Davies’s feeling about the universe. In this, his spirituality is open. This incredible sequence understands all the metaphysical experiences of man during history, the Romantic experience, the sense of the sublime, the Japanese poetry with its serene contemplation, the Baroque poetry with its sense of impending doom and momentary splendor, the pantheistic experience that finds God and beauty in the divinity of nature.

Starting with classic British realist dramas, Davies has a level of rarefied mysticism and metaphorical power, arriving to the last sequences that are almost as abstract as some of Malick’s or Tarkovsky’s greatest moments. Again, music is an important catalyst for ecstasy and catharsis. 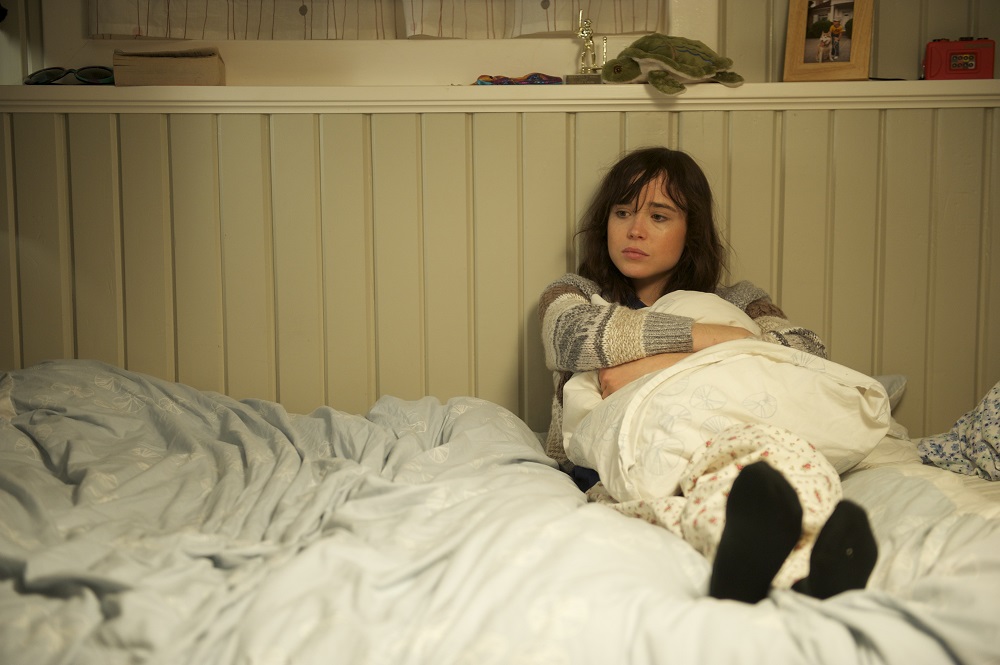 “I’m now a horse without a race, I will gallop where I please.” While Nakayama sings in his celestial voice, the camera observes Ellen Page’s character, breaking down in a composed cry, letting all the wrong and repressed feelings painfully come out of her.

Throughout the film, all the characters have a weird, awkward, hesitant feel to them, as specifically requested by Lynn Shelton. The mumblecore atmosphere crumbles when Nakayama sings; as an operatic declaration of freedom and the blossoming of feelings, it is ecstasy in the wake of self-destruction, of collapsing completely in your façade of tranquility and letting all the submerged sensations to flood your heart and tear you apart before you can start anew.

While the song plays, every character’s arc seems to find resolution. Nakayama sings the song of the heart, that like a bird, voices its ache for freedom and its melancholy. 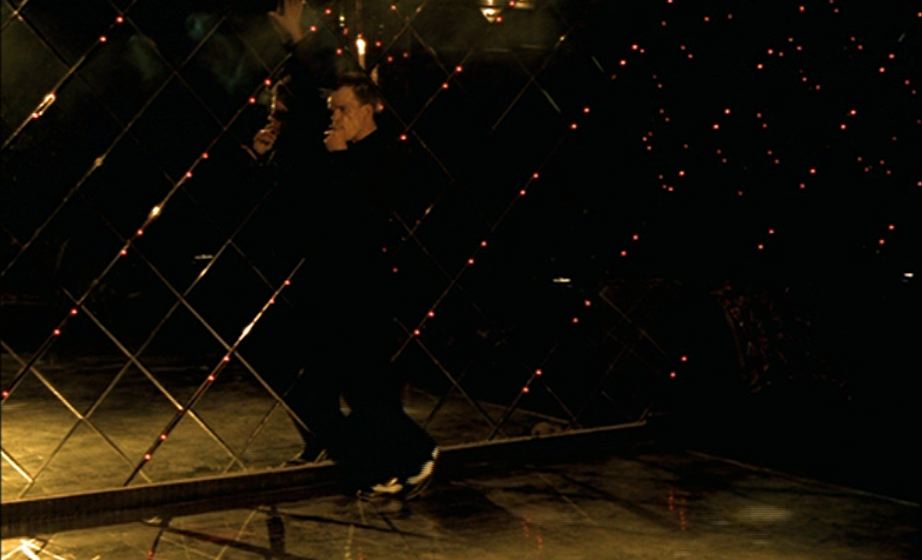 What if paradise was a disco? The tone of the film is the tone of dread, of trauma, of hidden pain, of incredibly unnatural and difficult body movement.

The tone is a mixture of weight and shame of existence, until (and it is sort of ambiguous but highly plausible in the film) death comes in the form of suicide and the protagonist is liberated in the form of a dancer in a disco. The rhythm of the night is the rhythm of his life, to horribly paraphrase from the song. 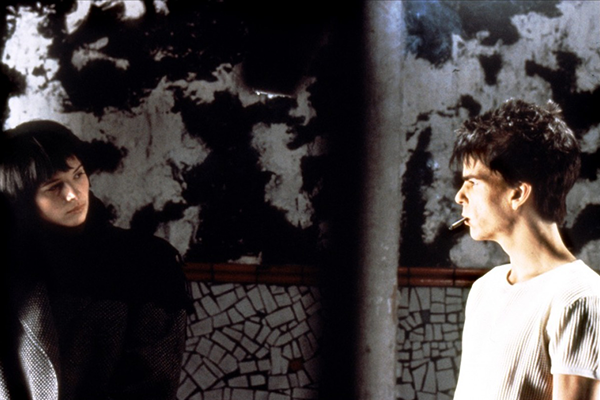 Denis Lavant is one of the most physically spellbinding actors in the world, and this scene in Leos Carax’s film is one of the greatest sequences about love and liberation in the last 30 years of cinema. The song chosen is “Modern Love” by David Bowie. Our protagonist is standing in an alley, smoking a cigarette, when the song comes on.

This is a scene about how love frees our bones, frees our mind, shakes us from the inside, causes us to release energy in a careless run, doing somersaults and howling at the moon. It is the essence of catharsis, of being in the moment and reaching the truth of existence, as an unmediated vortex of sensations and sentiments surround us.

The scene itself is extraordinarily well shot, with the camera running along with Lavant as he gallops through the darkness and jumps as high as he can.

The most significant moment is in the very beginning of the scene, when his movements are hesitant, his body is rigid and progressively starts loosening up, as he beats his chest and his stomach, as if something just grew inside of him. In the brief moments created by the music, he experiences a new, higher level of existence that will never be as glorious, full and ecstatic for the rest of his days.

Kim Ki Duk searched for a way toward illumination. The film deals with the Buddhist concepts of Dharma (cosmic order), the cyclic nature of time, and the way towards Nirvana, towards illumination and ascension, which means being free of desires and hate, of the violence that inhabits humanity, of the sadness that afflicts life.

In the quest for harmony, the young monk stumbles numerous times, as carnal desires, ingratitude, selfishness and rage all slow down his path toward the reaching of this greater condition of the spirit.

When the path is completed and the paradise is found, music can echo over the valleys, and in this case it is a Korean folk song, the sacral chant of the ecstasy of the common man following a path of virtue. In the scene, the character is carrying a rock, but his fatigue is not like Sisyphus’s suffering.

There is a purpose to it, and as emphasized by the harmonies of the music, that is never random. The weight of the world will be carried and then left to enjoy the purity of the spirit. Music as illumination. 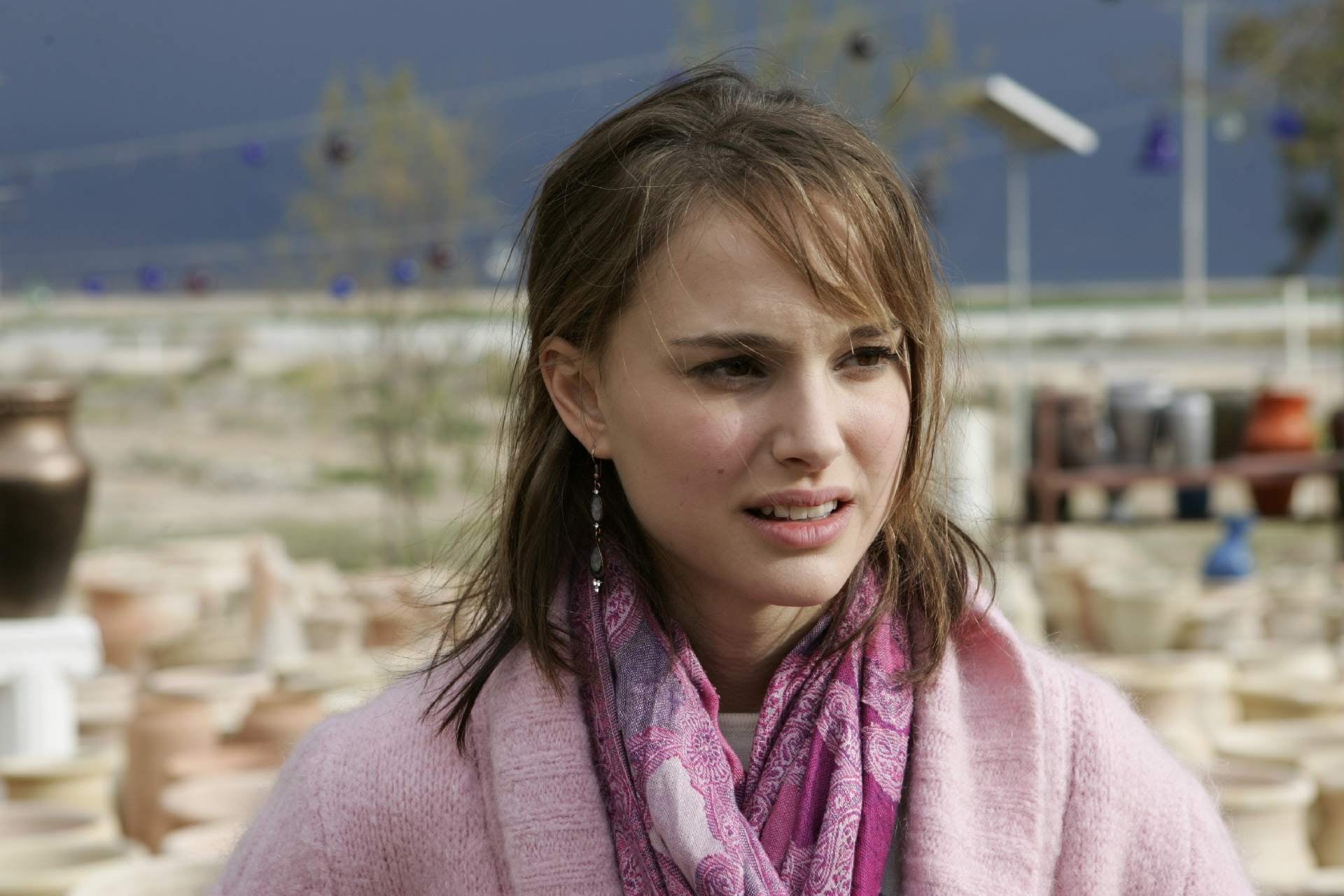 The tender souls perceive their sufferings as the sufferings of the entire world. This is what the song at the beginning of this heartfelt drama tells us: the world is a big great land of pain. Amos Gitai shoots the first scene of the film with his usual detachment, as he lets the camera observe a crying Natalie Portman in a car.

We don’t know why, we don’t know where we are, we only know we feel pain, the pain of the entire world, and she is crying for them, for her, for us. It’s a purifying cry for the world, in a whirlwind of smooth oriental sounds, and Aramaic and Hebrew words.

It is pain so deep that it can cleanse, as Gitai thinks this is the only way to approach the Middle East, the other wars and their atrocities. It will probably never end, this madness, this parade of oppressors and oppressed, but at least let’s not pretend it’s alright. Let’s all cry about it, and maybe at the end of this cry, we will be more pure.

But in the end, the final sentiment we are left with is a sense of abandon, so what’s that folk song, that tearful sound telling us? Is it resting our wounded bodies and souls, or voicing its despair for everything that was lost? Does it look at the ocean with a sentiment of sadness or with a sentiment of serenity?

All that remains certain is the pleasure of feeling the comfort of the music, just like the waves hitting the shore. We feel the breath of infinity, the most uplifting of human experiences, the perception of a true sense of relationship with the eternal.