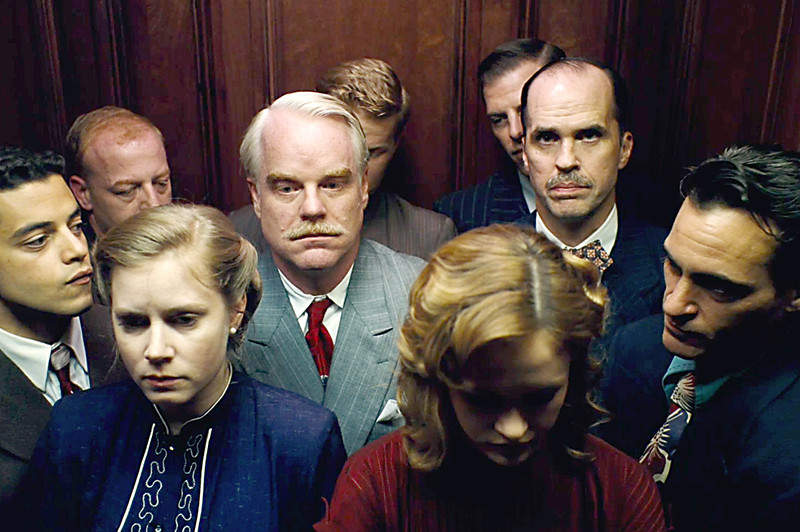 After having already done a list about the 20 Best Soundtracks of the Century so far, it really only seemed natural to do one on original scores. The criteria is quite clear: the music needs to be an original composition.

It wasn’t an easy list to narrow down and writing it has proven just how many amazing soundtracks have been written since the year 2000. Some of the most intriguing scores ever have been created in the last 16 years and it seems like more chances are being taken with how a score can sound.

With some of the most creative composers to have worked in the medium putting out some of their best work in these years, this century truly doesn’t need to hide from any other century of cinema and its scores especially. Without further ado the list shall follow now:

One of the major cinematic movements to rise to fame in this century is the dazzling national cinema of South Korea. Though all kinds of films from there have achieved wide acclaim, they are especially known for their exceptionally exciting treatment of genre cinema.

One of the Major figures to emerge from this movement is Park Chan Wook, whose real international breakout came when his film “Oldboy” (the second film in his vengeance trilogy) won the Grand Jury Prize at the Cannes Film Festival.

While watching the film, one of the things that immediacy strikes you is the soundtrack, which has both quite modern sounding tracks, but also beautiful melodies played by an orchestra, which sometimes even sound ,like the classical pieces incorporated to the film.

The soundtrack is dazzling, grandiose and sometimes even kind of kitsch, but so is the film. This one is a real pleasure for both the eyes and ears.

How does science fiction actually sound? SciFi films seem to often have very different approaches to this question. 2001 is full of classical music, “Star Wars” is bombastic, and when Tarkovsky adapted “Solaris” the soundtrack was filled with ambient sounds. So when Cliff Martinez approached the task of scoring the Solaris remake, he impressively not only made a unique soundtrack, but an astonishing one.

The score perfectly underscores the mood, with an interesting instrumentation, sounding very introspective, but not shying away from dramatic moments. It also pretty much influenced SciFi scores ever since, echoing in Shane Carruth’s haunting score for “Upstream Color”.

The score Martinez has created is not only probably his best (and that’s saying a lot), but one of the most hauntingly beautiful scores to ever be composed for a film.

When it comes to pure exhilaration this score must be one of the best out there. Taking place in a post-apocalyptic wasteland , “Mad Max: Fury Road” is one hell of an adrenaline pumped ride.

Always pushing forward, the score is in no way inferior. It fits the film’s world perfectly, sounding as if the warbles themselves would be playing it for most of the times.

Everything about this score is energetic: the strings are harsh and the percussion is constantly making sure the rhythm progresses in a nice tempo, the entire thing is rounded of by the occasional electric guitar also.

Since the movie basically is a two hour car chase the score certainly feels like it, yet it’s never too exhausting, since you’re constantly in awe. The only thing probably not recommended is listening to it while driving a vehicle, since it might make you want to drive way over the speed limit.

Jim Jarmusch always had a great love for music, and this was always reflected in his phenomenal soundtracks. He also had already been making music for some years when he made “Only Lovers Left Alive”. Since this time his film had a main protagonist be a musician, it only seemed natural that Jarmusch would help compose the score.

The score for the film is filled with slow electric guitars, sometimes singing, sometimes screeching and some acoustic guitars thrown in for good measure. The distorted feeling sets the tone for the film, which is slow, but also stylish and oozing with cool.

The music is both incorporated in the film, like in scenes where Hiddleston plays the music we are hearing, but also serves as a musical backdrop to underline the way Jarmusch frames Detroit and Tangiers respectively. All in all it’s a score that feels timeless and even if it’s not your type of music, it undeniably fits the film.

Having already talked about strong percussions earlier on this list, “Birdman”’s score takes this concept to new heights, by simply stripping the music of all but percussions. Except for some classical music chosen for the film, the entire score consists of only percussions.

The idea of that is about as insane as the film or the idea of trying to make a movie look as if it was done in one shot. Yet somehow it works extraordinarily well. Not only is the soundtrack and exhilarating itself, but while watching the film it truly helps to add to the mood of constant frenzy and stress on Broadway.

One might think, that a soundtrack which consists of only drums constantly would get boring soon, yet this score is surprisingly exciting. Even when listened to by itself, it has a feeling for rhythm and an unpredictability to it, that makes it exciting and constantly has you at the edge.

“The Tree Of Life” manages a strange synergy by being epic yet extremely intimate at the same time. The film portrays the life of a family in the suburbs of the 1950s (this part probably being very autobiographical), while also dealing with the biggest questions of life, religion and showing us the creation of the universe itself.

Channelling the influences of Malick’s life and the book of Job into one film makes it an exhilarating experience and as always Malick impresses with his visuals. Alexandre Desplat’s score decides to tackle the same challenge by being both very intimate but also epic.

While some of the melodies are only played by a piano, or some gliding wonderful strings, other parts are much larger and complex in their sound and instrumentation. The score is very beautiful and even in a way subtle. It never overshadows the film, or even the classical pieces in the movie, but always sets the tone.