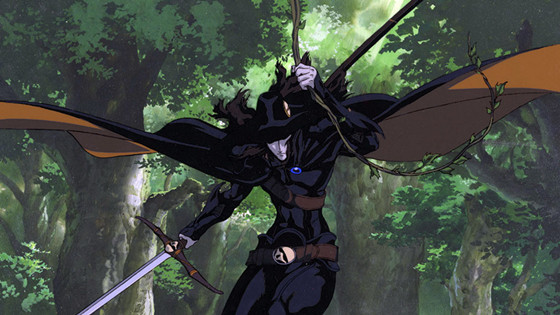 Years into the future, humans are ruled by vampires. Meier Link, a vampire Noble, kidnaps the daughter of a rich family. Her family is afraid she’ll be turned into a vampire, so they hire vampire hunters to find her. A group of hunters, The Markus Brothers, set off heavily armed. Competing with them is D, a half-human, half-vampire.

Based on the third Vampire Hunter book, Bloodlust is a far superior sequel to the first adaptation of the series. 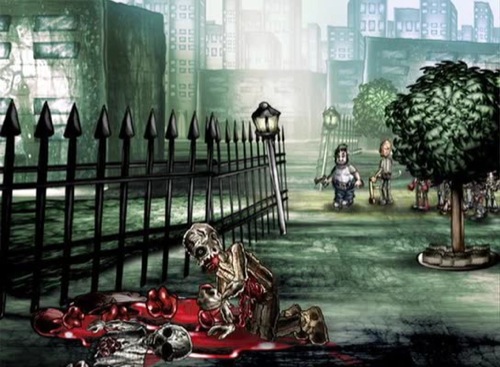 It’s been around a year since the Earth’s water supply was infected by parasites called Rot Worms. Their eggs are transmitted via raindrops, and they have spread all over the planet. They eat human flesh and turn their victims into mindless zombies. An old man called Fred is an unlikely survivor who is on a quest to find a pair of comfortable slippers; no, really.

As zombie films go, City of Rott is right up there with the goriest, never mind that it’s a 2D limited animation. From start to finish, you’re treated to excessive amounts of blood and gore. Incredibly, this is the handiwork of only one person: Frank Sudol. He’s the director, producer, actor, writer, composer and cinematographer. However unlikely it may seem, this one-man army has made one of the more enjoyable zombie films of the 21st century. 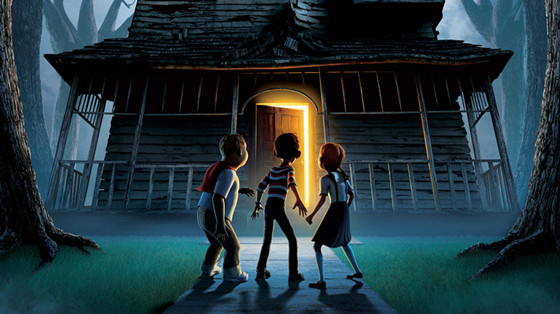 The broken-down house of cranky old Mr. Nebbercracker does not fit in with the other suburban homes in the neighborhood. Three kids believe the house is possessed and is out to get them, and with good reason: it eats people, snatches toys, spits fire and goes above and beyond what typical haunted houses are supposed to do. Naturally, the grown-ups don’t believe the kids when they tell them about the house, so it’s up to the kids to face their fears and take on the house.

The film is executive produced by Robert Zemeckis and Steven Spielberg, and it shows. It has elements of earlier Spielberg films like E.T. (Halloween in the suburbs) and it uses a similar motion-capture technique to Zemeckis’ earlier Polar Express.

It’s scary, a little emotional and a lot of fun. This is a great reminder of being scared as a kid and believing in ghosts and monsters. 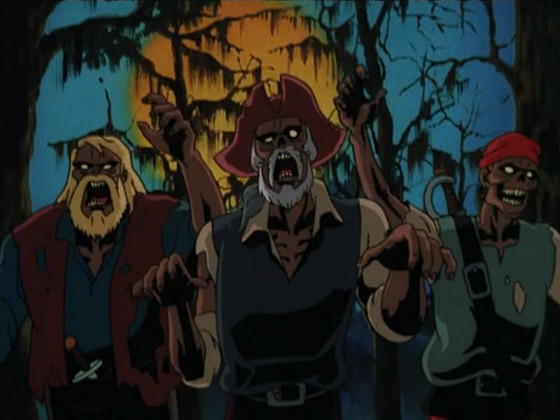 Scooby and the rest of Mystery, Inc. reunite after taking a year-long hiatus from mystery solving to investigate Moonscar Island, which is allegedly haunted by the ghost of pirate Morgan Moonscar. The mystery deepens when they discover that this time, the supernatural is not just some guys wearing masks.

Scooby Doo has a reputation for being corny; there’s only so many times you can accept that people dress up as ghosts and zombies before it gets old. As such, Zombie Island reignited the series by introducing actual zombies. Add to that a decent plot with good pacing and you have the best Scooby Doo film ever made. It’s no surprise that all subsequent films and TV shows are inspired by Zombie Island. 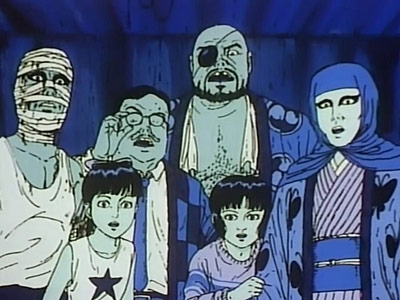 Midori was just a sweet, innocent girl who was making the most of her life in elementary school. But her life turned upside down when her mother fell ill. Her father avoids them and she is forced to stop school and start selling flowers in the city to make money. Despite this, her mother dies from her ailments. After this, Midori meets a circus producer who tricks her into entering his funfair. However, this leads to events that are unimaginably worse.

This is one of those films that make you connect with and sympathize with the main character, then drags her through a living hell and makes you watch every second of it. It might not have the same sequences and gore as the other films on this list, but it’s the one you’ll empathize with the most. Midori’s life goes from normal to horrific, and you can’t help but wonder if she’ll give up. 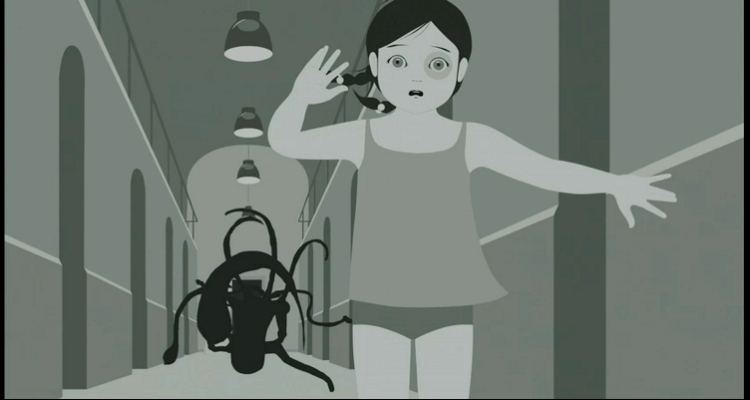 This black-and-white French horror anthology is based on the subject of fear. It has five shorts, all linked by a segment involving an aristocrat who unleashes his dogs on a victim; each dog that gets unleashed leads us to the next story.

The shorts are quite decent: a promiscuous woman becomes obsessed with an introvert after spending a night with him and waking up with a gash on her arm; a meek girl receives treatment for having nightmares about being bullied and getting haunted by a samurai’s ghost; a boy learns that his late uncle might have been murdered by a beast from the sky; a man finds refuge from a blizzard in a creepy abandoned house.

The anthology is right up there with the best of them. The black-and-white animations help to make the shorts scarier than if they were colored. If you prefer scares and dread to over-the-top violence and gore, this is a brilliant anthology. 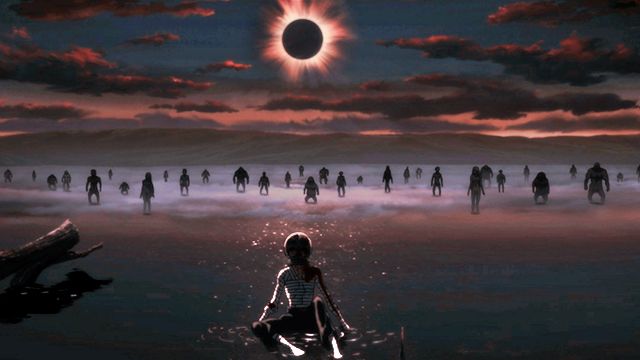 This is the last part of the Golden Age trilogy, which adapts the Berserk manga’s Golden Age arc. It concludes the story of the Band of the Hawk and shows the Eclipse; one of the most shocking, disturbing and sickening scenes in manga, and now in anime.

While the first two films were a bit slow, The Advent moves things along at breakneck speed, especially when The Eclipse starts. We see how someone broken can turn really dark, and the unmentionable things they can do to those close to them. The fact that these are three-dimensional characters we actually care about only serves to make the last half of the film even more gut-wrenching.

The Advent is probably the best-made ultra-violent animated film you can watch, delivering Game of Thrones-level shocks.

Mima Kirigoe is a member of a Japanese pop idol group called “Cham”, with a small but extremely devoted fanbase. However, she decides to start a career in acting and end her career as a “good girl” idol. Someone starts to stalk her, and the more intense her first film role becomes, the more she loses her grip on reality. Is she really being stalked, or is she the stalker?

Satoshi Kon’s directorial debut is probably the best psychological horror anime ever made. The plot is simply fantastic, if you like your animations cerebral and disturbing. The ending has an unforgettable twist that will make you immediately want to watch the movie all over again. Because of the limited funding Kon received, the art has not aged well; however, the plot and characters are brilliant enough that, after only a few minutes, you won’t care.

Perfect Blue is, without a doubt, one of the greatest psychological thrillers of all time. It’s a testament to Satoshi Kon’s talent that fans are torn between this and Paprika as being his magnum opus.