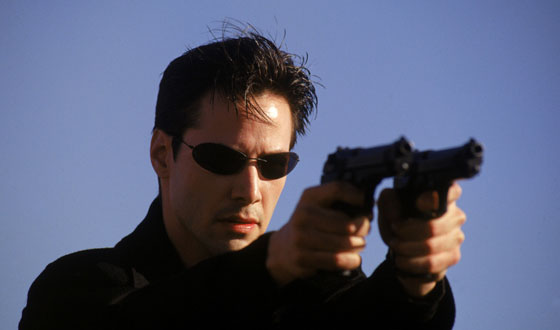 The action genre has come a long way since the creation of cinema. It has evolved and adapted so frequently and with such variety that it’s almost easy to forget that certain films were once considered the height of exciting cinema, from westerns to samurai and even silent short movies. Far from being mindless action it is amazing how certain action films can just represent the mind-set of the era so perfectly and just revolutionise an entire genre in one simple and perfectly executed concept.

What follows is a list of films that took the genre of action and completely reinvented it, shifting the current tone and style towards a completely new outlook and inspiring dozens of imitators. It can be through technique, writing, acting or just its overall effect, these movies broke the mould of what audiences at the time were used to and set the standard for everything that was to follow.

I feel as if I should emphasise that this is not necessarily a list of the best action movies of all time, it simply tries to chronicle those that helped the genre evolve into a new era, shaping and crafting its development through various generations of audiences and filmmakers. These films had the largest impact on the genre and helped make it what it is today, without these films the action movie as we know it would be in a very different place today.

Upon its release in 1903, The Great Train Robbery became a massive success for the Edison Manufacturing Company and is widely considered to be the first action oriented film as well as the first moving picture that can be classified as a blockbuster. Edwin S Porter’s film chronicled the capture of a train and the theft of its cargo and was just twelve minutes long, yet for audiences in 1903 it was by far the most thrilling and exciting motion picture ever to be released.

The Great Train Robbery is often viewed as a milestone in the history of filmmaking. Porter utilised several unique and unconventional methods such as composite editing, on-location shooting, and frequent camera movement to heighten the sense of excitement within the cinema and allow the audience to feel as if they were more involved in the picture’s narrative as well as a format known as cross cutting in which two scenes are shown taking place simultaneously in different locations.

These may seem like basic techniques but I’m sure you don’t need to be reminded that the idea of a moving picture itself was new, let alone putting genuine creativity and plot into it. Prior to this the most exciting thing audiences had seen in the cinema was the Lumiere brothers’ Arrival of a Train, the concept of thrilling and action based cinema was an entirely new concept, it could only expand from here. 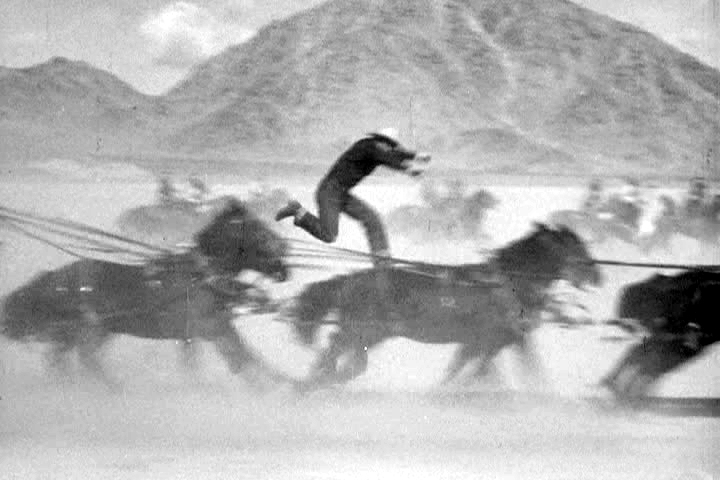 Though Hollywood would spend many years dabbling in the swashbuckling genre, the western remained endearingly popular, and in 1939 John Ford crafted the western as we know it best. Beyond anything else the film gave a young star his big break, an actor by the name of Marion Morrison who would come to embody the western genre more than anyone else, of course Morrison is better known by his stage name, John Wayne.

While Stagecoach may not seem overly original today, bear in mind almost every trait within it has been copied and imitated in the years since its initial release. The premise in its most basic form is a group of people randomly thrown together into extreme circumstances and forced to work together in order to survive, a basic outline that has been retraced so many times throughout cinema history.

The editing style of Stagecoach is also noteworthy as it established he film as more a flowing ride than a melodramatic tale, even in its quitter moments there is a sense of something happening within the plot, character development or environment, Ford never allowed the viewer to become disinterested with the film and kept its pace as high as he could. He also allowed extended shots of the action to capture every stunt as it happened rather than rely on camera trickery to create an illusion. 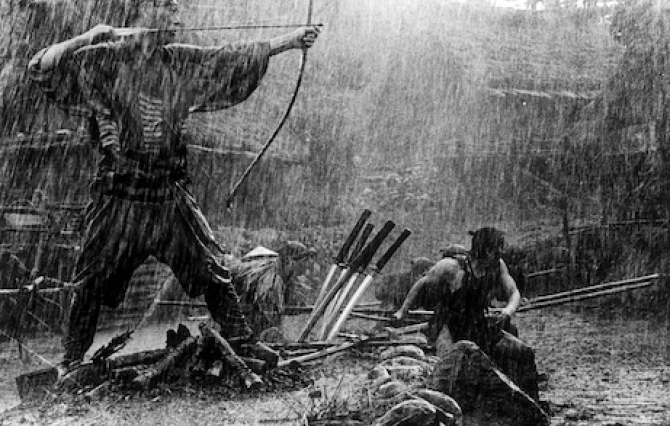 Amidst the endless parade of Westerns that populated 1950s cinema, a new talent emerged in the action genre in the form of Akira Kurosawa and his sweeping, epic masterpiece. It’s easy to overlook the multiple ways in which Seven Samurai changed movies forever simply because it is easily one of the mist referenced, imitated and remade film in cinema history.

Kurosawa’s film was immensely innovative in its narrative, focussing on the team aspect rather than a single protagonist and chronicling the assembly of that team as well. Today it is a common plot element within action films to recruit and gather individual heroes into a team to accomplish a specific objective.

Even from the various subplots of introducing each character one can find a trait of modern action films that was an innovation back in 1954, from one Samurai undertaking a dangerous mission when we first meet him, to another who is engaged in a deadly duel, as well as the team comprising of aging warriors, young apprentices, an amiable though less-skilled fighter and a reluctant hero that eventually proves his worth.

Seven Samurai was also highly ground-breaking on a technical level. Kurosawa made use of telephoto lenses, which were rare in 1954, as well as multiple cameras which allowed the action to fill the screen and place the audience right in the middle of it, alternating between three different cameras in varying degrees of settings in a highly choreographed set up. Amid the complexity of the shoot alone, Kurosawa insisted upon editing the shot the night after filming to convey his specific vision to the screen.

As the world view became more complicated, simplistic conservative values that the traditional western embodied suddenly became stagnant with American audiences and gradually faded in popularity. It was given some reinvigoration with Sergio Leone’s morally ambiguous Spaghetti Westerns and with that theme of ethical equivocality proving popular with audiences, the same themes were applied to thriller set within the modern day.

The stage was set for Peter Yates’ Bullitt starring Steve McQueen to become a smash hit with audiences and further develop the action genre. Its rapid style editing techniques and intelligent writing allowed it to become a slicker, faster and more stylised action picture than most audiences were used to at the time.

The film also arguably began a key trend that permeates action films to this day, a big action set piece. For Bullitt it was its legendary and incredibly influential car chase that would become the centrepiece of the films advertising campaign, being one of the most striking aspects of the films poster. Today multiple films will try to showcase one stunt, chase or environment to headline its release, just look at the last two Mission: Impossible films or an easy modern example. 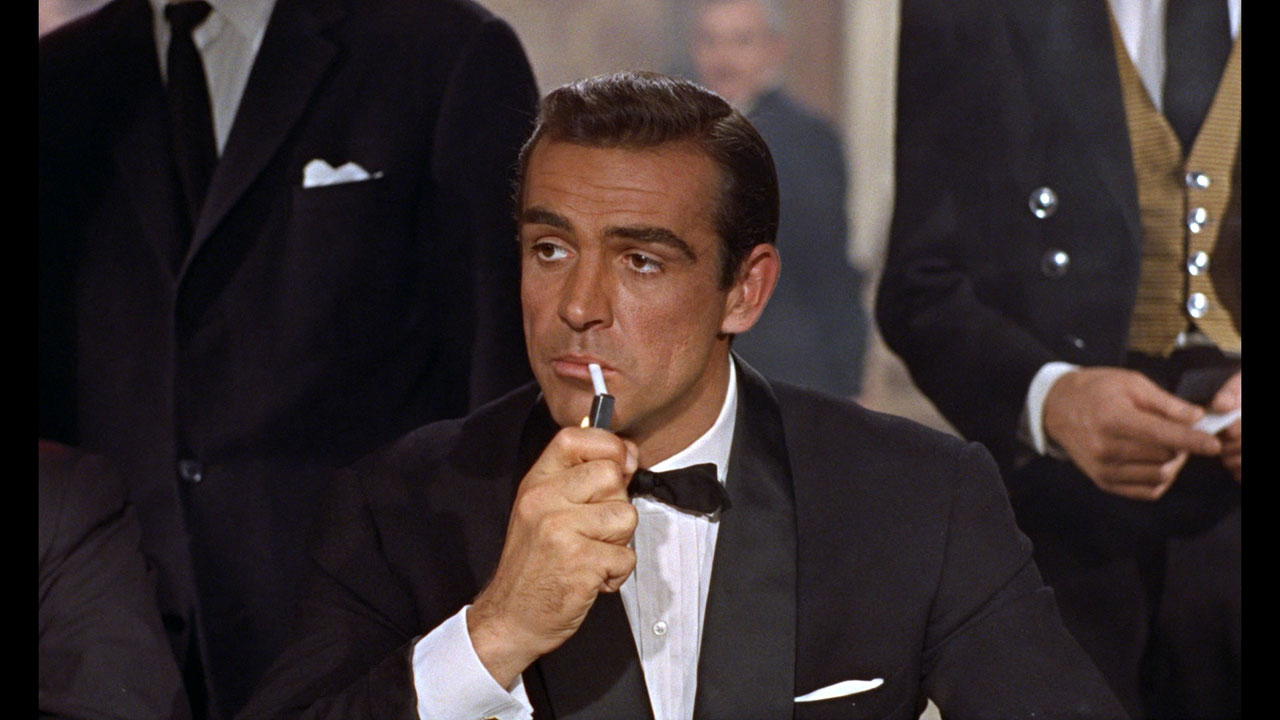 Obviously the most significant contribution that 007’s first outing has given to the action genre is exemplified by the fact that James Bond is still doing daring deeds today, franchises. The concept of using one successful movie the act as a Launchpad for other related films to follow, while not completely unheard of, had never been exploited to its full potential until now. The makers of James Bond wasted little time in establishing Sean Connery as an icon of cinema with From Russia with Love and the legendary Goldfinger soon after, as well as twenty one other instalments.

As well as that, just look at the tinier, seemingly insignificant marks that James Bond has left on the action genre. One can’t imagine a studio greenlighting a big budget action movie without some kind of polished heroics, elaborate gadgets or accompanying female sidekick today all because of the undeniable impact James Bond had on the genre, and with the promise of only building on what they had accomplished with the movie before, franchises rapidly gained popularity. Today almost every studio seeks to gain a franchise through an existing property, whether we like that or not.

Often cited as one of the greatest westerns of all time, such a title is ironic as Sam Peckinpah’s film was essentially the final nail in the coffin for the traditional western genre. The Wild Bunch revolutionised the depiction of on screen violence and was met with a large amount of controversy and criticism on 1969 for its graphic and chaotic nature. In subsequent years it has been rightly praised as a masterpiece.

Beyond just the bloodshed, the film offered another essential innovation for the way in which action was expressed on film. The Wild Bunch is noted for intricate, multi-angle, quick-cut editing as well as using normal and slow motion images, both of which were a revolutionary cinema technique in 1969. Right from the beginning Peckinpah establishes a style of frenetic action that had rarely been seen before in movies, and for a film that drew such criticism for its violence, the camera rarely lingers on anything for too long in moments of bloodshed.

The Wild Bunch is also a much more cynical film than many western audiences were used to, normally one would witness a black and white sense of morality with the good guy upholding justice before quietly returning to his life of adventure. Peckinpah’s film on the other hand is one that starts and ends in slaughter, as we witness these crude men attempting to survive through any means, only so they can continue to exist in a world stuck in a perpetual cycle of violence. Not quite the light escapism audiences may have been expecting, but it was magnificent nonetheless.

With the Vietnam War American’s once again found their world view drastically altered. Gun play and body counts as entertainment suddenly became vicious reminders of the horrors of war as they were broadcast directly into households across the country. The counter culture movement was also aggressively anti-conservative and was tired with the traditional white-middle class movie star. Following a series of smaller parts and a leading role in the short lived TV series The Green Hornet, Bruce Lee starred in two record breaking martial arts movies, The Big Boss and Fist of Fury.

Warner Brothers observed this phenomenon and signed on to produce the first ever Chinese martial arts film in Hollywood history, Enter the Dragon. Lee’s kinetic energy and lighting fast choreography was a hit with global audiences and proved to be perfect in the post-Vietnam psyche. Action had now evolved beyond simple gunplay for the first time in decades and was able to dissociate itself from real world horrors while still supplying audiences with the thrills they craved.

The action itself was a stunning display of beautifully choreographed sequences that were only further enhanced by the perfect sound integration as Lee’s body became more than just part of the action, it was the action. It was tragically to be Lee’s final film, as he died of a cerebral-edema in 1973, but the influence he left has been rivalled by close to none.