What defines a movie as classic is a familiar discussion to be had by cinema fans. There isn’t an authoritative definition for it, although many institutions have shared their own insight on the matter, making it a fairly personal opinion in today’s postmodern age. However, some points have been made that were coincidental in opinions.

For once, a film must tear our expectations as viewers, adopting an entirely different approach, or including memorable performances that push boundaries and pull off unexpected but great results. Also mentioned is the fact that the film must be so captivating that it demands to be watched again. It does not, however, have to be a box-office hit. In fact, many of the currently named classic films were unpopular at the time of their release.

Sometimes, a film is ahead of its time, which means it will probably become more impressive and treasured as time passes. In addition to these elements, a film must also be quotable – as incredible performances are usually associated with specific scenes and masterful line delivery.

Although it might be too soon to tell, several films from this demi-decade have already given us the sense of potential that is required in the making of a classic. Here, in chronological order, are 10 of them.

Known to most as “The Facebook Movie,” it is the perfect example of what we’re going to remember years from now when the next genius, the next major sociological and/or technological advances come into play. Mark Zuckerberg was only a Harvard undergrad when he first started the war on face-to-face contact. In 2004, at Harvard, there were only a few hundred users. By the time this film was released, it became half a billion worldwide.

As the director, David Fincher makes it obvious that he’s behind the camera, pulling visual stunts that make it even more captivating than it was to begin with. But his work here can mostly be seen as a great adaptation of Aaron Sorkin’s script (which won the respective Academy Award) and brilliant, original shot at a facts-based story that makes the film unforgettable as a perky metaphor for this decade.

Dysfunctional families have nothing on this film. For many, it was seen as a dark comedy. For others, a psychological family horror. The story of a father, a mother, their 20-something son and two daughters, all characters with no given name, who live in a large home behind a great wall and a gate and aren’t allowed to leave it – except for the father, who goes to work. The children have no clue of the outside world and submit to their parents’ version of things, obliging to their truth of things and unusual requests.

In an art-house manner, Greek director Giorgos Lanthimos shoots most of the film with a fixed perspective. The colors are bland but each character framing is effective, giving it an extra appeal. Taking home-schooling to its most bizarre possibilities, Dogtooth appeared as one of the most special European efforts of the last 5 years, and there’s no way that it won’t be remembered years from now by its viewers.

Danish director Nicolas Winding Refn makes his Hollywood debut with this slick sensation, reminiscent of an 80s LA noir in character build, visual effects, and soundtrack. He keeps it simple, too, which adds a lot to the feature.

Ryan Gosling plays The Driver, an unnamed protagonist who participates in robberies at night and works as a stuntman by day, doing the same job in both – driving. He’s quiet and enigmatic, and seemingly untainted by emotions at first. Later supported by an array of incredible performances by the likes of Carey Mulligan, Christina Hendricks and Bryan Cranston, violence and a fair share of intrigue are thrown into the mix, making this a magnetizing experience.

Aside from the visual mastery and compulsive eye for detail now associated with films by the same director, “Drive” has divided viewers from the start. Liked or disliked, it constitutes the definition of iconic in its use of image and sound as pure storytelling techniques.

The epic naturalism of Terrence Mallick is something no avid film fan is a stranger to, nowadays. The story of a family in the 1950s in Waco, Texas, portrayed by Brad Pitt as the father, Jessica Chastain as the mother, plus their three boys, has been compared by critics to Kubrick’s “2001”.

At its premiere in Cannes, the film’s final moments were nearly eclipsed by the multitude of spectators booing and giggling, calling it a boring Christian movie. This was a story about a tormented middle-aged man, and that itself might not seem fascinating, but the comparisons it earned were triggered by its bold vision of our universe. It’s as personal as it gets in filmmaking while comparing family life to the creation and evolution of our world.

Emmanuel Lubezki has one of his greatest achievements as a cinematographer in this film, capturing both passionate and more serious moments with equal grace. Mallick conducts five editors and Alexander Desplat’s spiritual score with a sincerity that was clearly too strange to the brutal eyes that first saw it. It became one of the most well-regarded films of this demi-decade and its magic is perpetual. 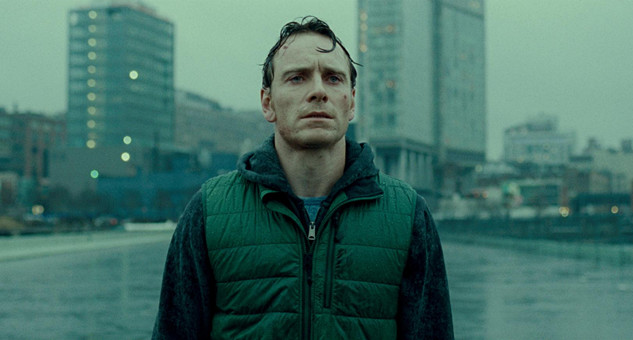 The portrayal of sexual addiction in films is limited in quality, but this demi-decade has already graced us with the story of Brandon (Michael Fassbender) as an unequivocally sad man in his early 30s, who works in a cubicle in front of a computer and happens to be a sex addict. It isn’t ever a joyful thing. Brandon turns sex into just another chore, another part of his routine. He doesn’t show any emotion or particular pleasure in it, but his emptiness is overwhelming.

Exploring the dark corners of human nature comes easily to Steve McQueen, the director of this film as well as of the earlier feature “Hunger” (2009). He guides Fassbender into apathy, but underneath it is the title of the film. It’s a tough watch, and one won’t easily repeat it, precisely because it causes such deep impact. As a seemingly simple however complex human story, it succeeds in leaving a mark for this generation and the next to come.