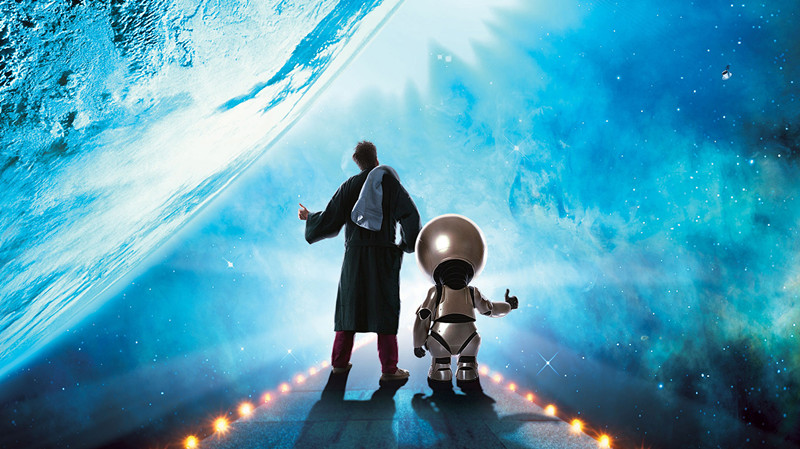 For this list, the focus is on films that have lost track of the tone, the soul or simply the point of the original.

Cinema is a different idiom to the written word, to theatre and to television, so of course, some changes must be made. Even when re-making an existing film, shooting in a different time, country or language will likely force certain changes (unless you are Gus Van Sant making a pointless vanity project like his shot-for-shot remake of Psycho).

Nonetheless, a good adaptation needs to remain true to the spirit of the thing. Sam Raimi took great liberties with the origins and mythos of Spiderman but nailed the tone precisely – Spiderman 2 is almost a visual poem when it comes to exactly delivering the highs and lows of the character and why he can never really have a happy ending.

But right now, we are looking at the reverse; where you almost wonder if the powers behind the throne had any idea about what they were hoping for or if they had even taken the time to familiarise themselves with the source material.

As well as being a ground breaking horror in its own right, packed full of practical effects and surreal, grotesque humour, the original was very much a continuation of Wes Craven’s earlier themes. We are going to suffer because of the actions of our parents, often as a representation of politicians. They lied to us, they cannot be trusted, they don’t listen and they can’t help us. It is down to us to get ourselves out of this mess.

The late 70’s and early 80’s were a time when the cynicism of the age was taking a toll and after decades of Cold War paranoia, we were hit by scandal and the wilful failing of the ruling classes – Watergate, Iran Contra, Cash For Questions, Acknowledged political assassination and the destabilization of foreign regimes. Who could we turn to when the monsters we created came back to haunt us?

The remake was made in the image of the original meta villains. A cynical cash grab that offered no respite, offered no insight and came into existence solely with the intention of starting up a new money-making franchise. Despite coming in a new age with, at least in theory, a more politically astute and media savvy audience, the reboot lost everything good that had gone before and boiled it down to Some Dream Monster Guy Who Kills With A Glove Claw. 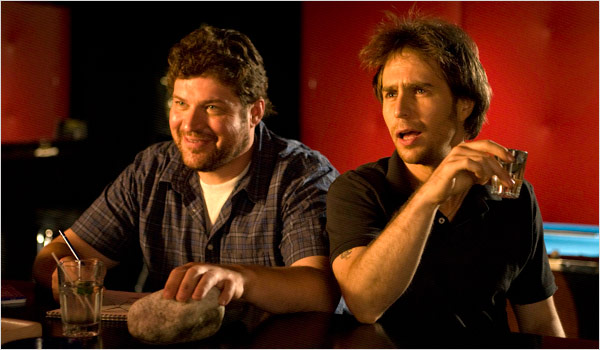 As M Night Shyamalan is famed (despised?) for his BIG TWIST endings, most of the novels of Chuck Palahniuk go for the paradigm shift two thirds of the way through. There are two of these at play in Choke – the first where our protagonist discovers he may be essentially a clone of Jesus and the second where he fully believes it and embraces it as his destiny. 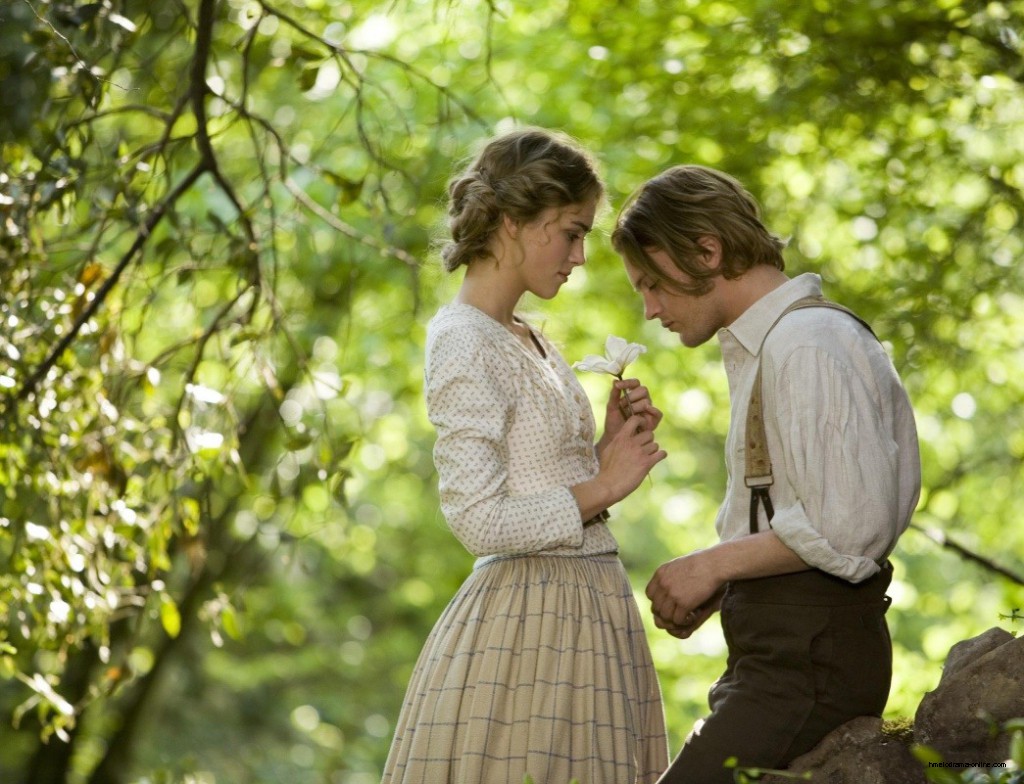 This doesn’t entirely miss the point so much as has a different point thrust upon it. Alessandro Baricco’s hugely popular novella (and it really is a novella, you could read it over your lunch break) tells the tale of a merchant travelling to the far East to buy silk worms; his local community being completely dependent on the silk trade.

Ninety percent of this very short story is spent on the road or in the Orient. But when you cast Kiera Knightly as the wife who stays at home (and have no other big names other than a smallish cameo from Alfred Molina) you need to significantly change the emphasis or indeed, the entire story to make it work.

The changes are understandable but it tells a very, very different story from the one written by Baricco, with the film’s focus being at home instead of the mysterious and exotic woman who may (or may not) be sending the protagonist illicit notes. 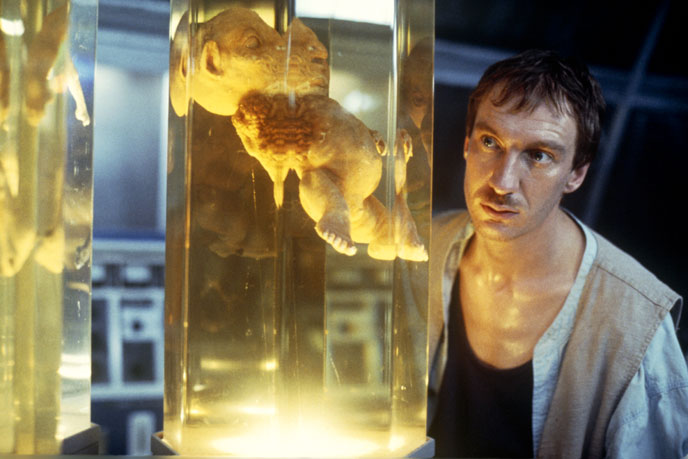 So much has been said and written about this extraordinary mess of a film. If you haven’t seen it already, watch the making of documentary Lost Soul: The Doomed Journey of Richard Stanley’s Island of Dr. Moreau to enjoy tales of ego and insanity (after the original director was fired, he hid in the wilderness and few miles away from the location and even crept back on set in costume as an extra. And that is one of the more normal stories).

And so the warning parable of the dangers of man playing God, turns into a mush of hasty re-writes in deference to the monstrous ego’s of Val Kilmer and Marlon Brando. This was where the rumour (that has never been officially confirmed but has also never gone away) originated that Val Kilmer had a clause in his contract forbidding any behind camera crew from making eye contact with him.

It was also in the latter stages of Brando’s career where he had such contempt for the acting profession that he never bothered to learn any of his lines. Instead, he had a small earpiece with someone on a walkie-talkie feeding him his lines. Which seemed to be working until the headset accidentally picked up the local police frequency and Brando began nonchalantly relaying the information concerning a nearby robbery as part of his monologue.

The team that made Son of Rambow, one of the most glorious, idiosyncratically English films of all time, took it upon themselves to make a film version of one of the most glorious, idiosyncratically English novels of all time. The Hitchhikers Guide to the Galaxy had already been adapted into much loved radio and television series in low budget BBC productions, so the idea of giving it a glossy Hollywood make-over seemed a flawed notion right from the start.

The main issue though, was that the key to Douglas Adams’ humour is the slow, often repetitive build up. Cinema is not an idiom that often lends itself to such a gentle approach, especially not in a Sci Fi comedy. Unfortunately, this led to a savage editing down of the script and a rather functional version, which had been surgically stripped of almost all of its wit and charm.

The casting didn’t help, with seemingly no one in the right role. The late Alan Rickman could have been an inspired choice to play Marvin, the paranoid android but when so much of his best dialogue was whittled down he just came across as whiny rather than loveable. And the less said about Zooey Deschanel as Trillion, the better.