“The bad films have taught me most about film-making”

If you’re old enough, you’ll probably remember overhearing many a passionate conversation between film-buffs take place within the hallowed rows of the local video store. In the video store we all got to be armchair film-makers. One of these conversations might have gone something like this:

“Oh my god, have you seen this?” shouts a scruffy twenty-something with orange nacho flavouring in the corners of his mouth, shoving a faded video cover in the face of his friend.

Nacho man was actually right, especially if you plan to go from an armchair film-maker to a real film-maker. If it’s so bad, you’ve gotta see it, because we all learn from mistakes, but who said the mistakes have to be our own?

With that in mind, let us begin with more watch-able but flawed mainstream fare, then we’ll take a courageous leap down the rabbit hole into some much more obscure cinematic failures that are guaranteed to frustrate you into making better films.

What was it that made Alien, Ridley Scott and Dan O’Bannon’s ground-breaking sci-fi/horror opus actually work? Was it the gorgeous cinematography, the sound, the special effects? Partly, but what really made Alien work was the characters. They were us. They were real. They were ordinary working men and women just trying to make a living hauling a payload from one place to another.

They weren’t super soldiers and brilliant scientists, but they weren’t stupid either. When the titular alien menace violates them in every possible way we are not only disgusted, we are deeply upset by it. We are emotionally engaged. We care.

Ridley Scott and Damon Lindelof’s prequel Prometheus also has exceptional cinematography, sound, and special effects, but it lacks the basic formula that made Alien work for it’s audience. Instead of showing us ourselves the characters were nothing like us. They were not real. They were inconsistent, idiotic, even annoying. Because of this their violation can never really upset us, it can only disgust us.

If you’re going to go back to something that worked before you need to understand what made it work in the first place. Aliens, the successful sequel to Alien (one of the most popular sequels of all time) showed us that you don’t have to repeat the formula to the letter to replicate success, you need only use a seed of what worked before and let it grow into something more.

Much like Prometheus, here we have a prequel to a much loved film series which failed to capture the magic of its origins. It makes mistake: it lacks what made the original series work. Star Wars Episodes 4 to 6 each had very simple narratives. They were the archetypal hero’s journey: A young hero rises from humble beginnings, is taught by a wise master, embarks upon on a noble quest, and with the help of new friends and comrades met along the way, overcomes evil and fulfils his/her destiny.

Episodes 1-3 held the fascinating promise of twisting the hero’s journey in a dark direction: The hero who rises, then falls. It should have been that simple, but it wasn’t. The simple story is there, but it’s buried under a clutter of unnecessary details and poor story-telling decisions that distract us from the journey of our tragic hero.

If there is anything we can learn from Episodes 1-3 it is that sometimes you need to do a few more drafts to get a story right, to cut away the fat and get to the good meat, even if you happen to be George Lucus.

Like Prometheus, Alien 3 is a beautiful film. Each frame is dark poetry, but what happened to the story? We know now that the story was in fact incomplete while they were shooting: that the script was being written and rewritten as they were building sets and shooting scenes.

It was rushed into production before a story was in place, and it shows. It was torn to pieces by executives at every stage, and it shows. Not only should every aspiring film-maker watch Alien 3, they should also watch the making-of features on the Special Edition DVD/Blue-rays for their detailed and gruelling account of just how troubled the production was.

They say “too many cooks spoil the broth”, but a hundred cooks can still make a fine broth if there’s a good recipe to work from.

Alone in the Dark is an adaptation of a series of popular video games inspired by the stories of H.P. Lovecraft. That makes it a challenge to begin with. Video games are participatory experiences. Films, while just as absorbing, are not. You might think that would put the cinematic story-teller at a disadvantage from the get go, but that isn’t necessarily the case.

When adapting a piece of popular culture to film, what do we need to think about? Most video games already have a background story from which the action springs. That story, combined with familiar characters, antagonists, obstacles, and locations, is what should make up a film adaptation of a video game. It’s a matter of translating the experience of the game into the story of the film.

Notoriously shifty director Uwe Boll disagrees, and as a result Alone in the Dark retains only one element from its source material: it’s title. The resulting film, which is itself riddled with plot-holes and inconsistencies, is a lesson in how to fail at an adaptation at the moment of conception. Even the very strange and generally disliked Super Mario Bros. film had the Mario brothers in it. 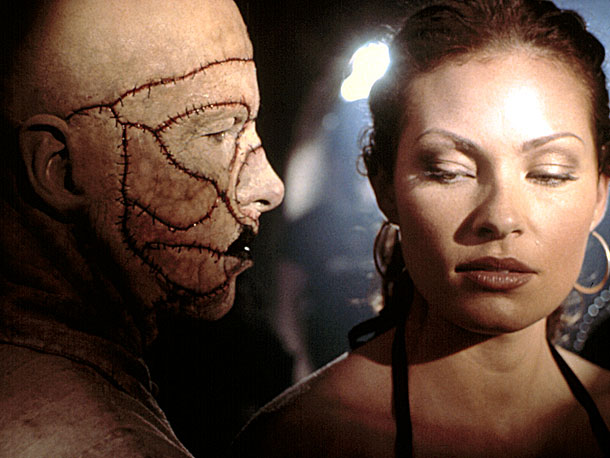 Director Uwe Boll has made a career of adapting video game franchises badly. Imagine a movie called Donkey Kong. The plot of the film follows a group of annoying stereotypical twenty-somethings arriving on an island for a rave party.

It’s the plot of countless other films. But at least there’s a gorilla in it, but he appears only for a moment at the end. But don’t worry, there are clips from the Donkey Kong game that suddenly interrupt the film throughout to remind us that this was once a video game.