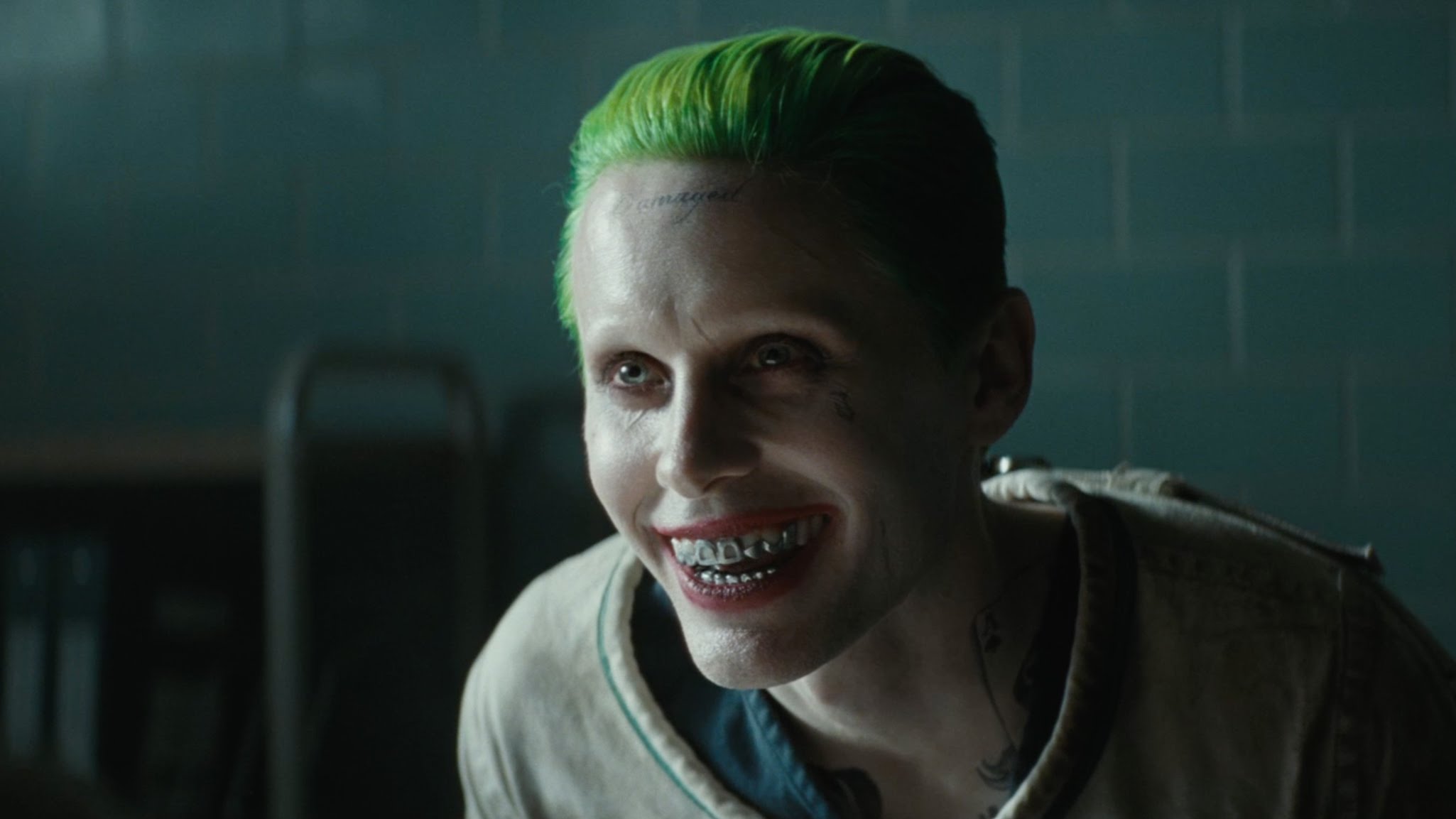 Films with the most tantalising synopsis quite often result in disappointment, leaving us frustrated and in some cases, furious. It’s easily done, messing up a good idea.

What if Joel Schumacher had directed Goodfellas? What if Keanu Reeves had played Forrest Gump? What if Se7en wasn’t so immaculately edited and they hadn’t let Fincher keep that bleakly perfect ending? All great films start with a great idea, but the world of cinema is a tightrope and so often the script that sells the picture doesn’t even make it up on the screen.

So why do we fail? Purely because of how many things can go wrong. Editing, pacing, characterisation, set design, sound, actor performances, studio interference and directorial vision all must find equilibrium and cohesion, if you want to end up with a brilliant picture.

The industry seems to be churning out remake after reboot after mediocre sequel at the moment. Perhaps we will enter the “second chance” era of Hollywood cinema; where we go back and try to right the wrongs of the past.

If that is the case, these films are ripe for renewal. They all had potential. Some even maintain a cult status. However the enduring consensus is that these attempts missed the mark. Let’s look at why that might be and see if these are just brilliant ideas disguised as bad movies. 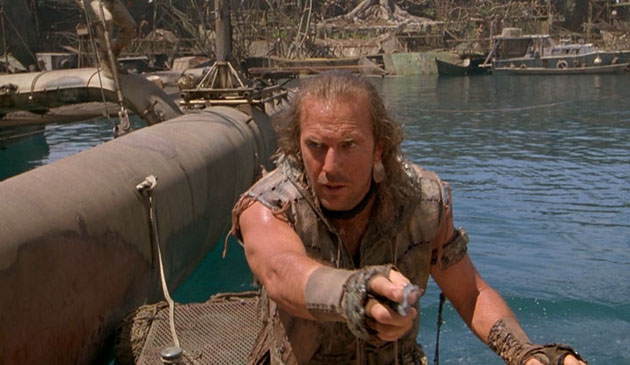 Idea: The ice caps have melted, the world has flooded and humanity has descended into piracy.

Famed for being the most expensive film production of that time and rumours of conflict between the two Kevin’s (Costner and the Director Kevin Reynolds) meant the hype for this release was massive.

The set designs were sublime, the concept was cool enough to be a J.G. Ballard novel and Kevin Costner was one of Hollywood’s most bankable stars. So what went wrong?

To put it simply, Waterworld didn’t know what it was. It fell somewhere between Mad Max, Hook and a Universal Studios water show (which it actually is). The campy villains and lukewarm love interest implied that this was a feature for the whole family to enjoy. That implication soon dissolves when someone tries to pay for child sex. With poor acting and tired pacing, this action flick was quickly slated.

The concept alone was crying out for groundbreaking cinematography. They had the very capable Dean Semler (Dances With Wolves, Apocalypto) at the helm, but unfortunately the direction causes the visuals to fall flat.

The film itself feels like it doesn’t believe its own concept. Rather than explaining things constantly to the viewer, just let us hold on for the ride. Make the villain more relatable (as opposed to the cartoonish Dennis Hopper), let Costner be likeable, and keep the pace up so there isn’t time for the viewer to question the accuracy of the watery apocalypse before them.

Idea: A girl is committed to a mental asylum, attempts to escape a lobotomy by envisioning her prison as a brothel and advances through her hallucinations utilising warrior combat.

Zack Snyder is divisive; a great quality in an artist. Dawn of the Dead, 300 and Watchmen lead critics to site him as an era defining director. The man has vision, but sadly, as a writer, he comes up wanting. He respectably tried to defy the trend and make an original sci-fi action flick with no other source material to draw from. It’s not Jupiter Ascending bad, but it’s not good.

Snyder should have recruited Alex Garland (28 Days Later, Dredd, Ex Machina) to write him a killer screenplay for this visual spectacular. Avoid the video game storytelling, forget about the acquisition of items for Babydoll’s escape and explore more of her home life with the visions.

The characters are what keep the visions grounded, rather than the impressively silly display we ended up with. He should have cast at least two bankable big name actors (Emma Watson, Scarlet Johansson) in lead roles to lure in the general public and worked a little harder on the coherence of his story. 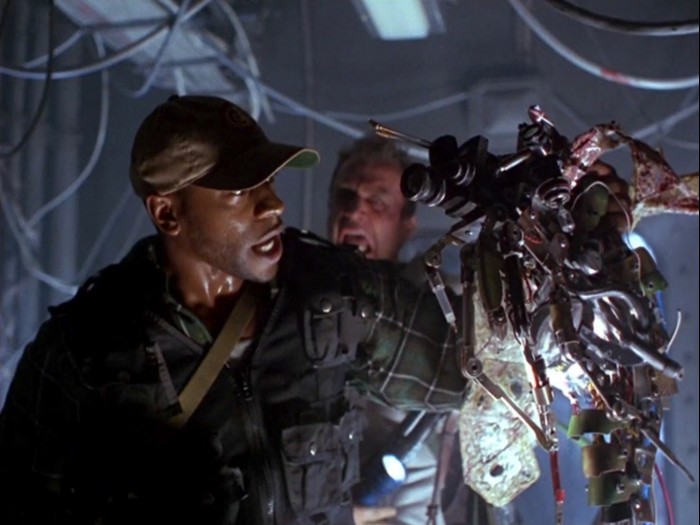 Idea: An alien entity infiltrates a ship through a radio signal and wreaks havoc, attempting to convert humans into cyber slaves.

Virus is a terrible film with an awesome concept. This picture could have landed somewhere between Terminator and HAL from 2001: A Space Odyssey.

But sadly the outcome was lacklustre and downright stupid. Donald Sutherland looks like he doesn’t care and Jamie Lee Curtis openly mocked the film. The CGI looked ten years older than it should have, especially considering this was released the same year as The Matrix.

The alien storyline could have commented more on humanity and left the audience feeling horrified as well as profoundly self-assessed. It should have drawn more from the comic source and not cast William Baldwin.

The cinematography is dreary, and with a concept as interesting as this, should have incorporated an unconventional style to represent the intelligence of the villain (perhaps framing the crew as though they were part of an observation).

Another positive could have been having “that scene” – a memorable graphic and bloody human/cyborg transformation rather than the clumsy stick-on-with-glue props we were given. 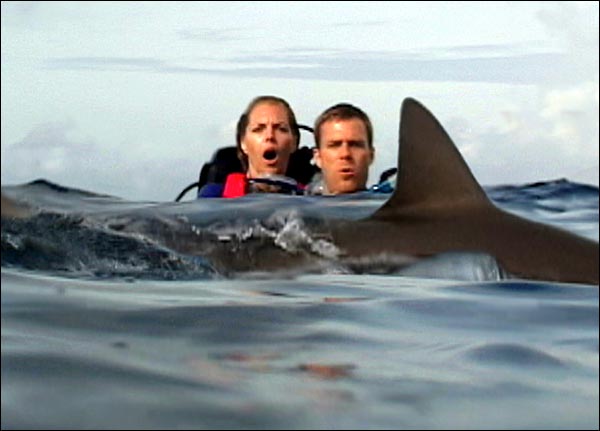 Idea: A couple are stranded in the open ocean after they are left behind on a scuba trip; they battle hypothermia and sharks to survive.

This tense thriller was so nearly a classic. Open Water’s shortcomings boiled down to the absence of characters we care about. The couple might as well have been mannequins floating in a tank. The brilliantly subtle camera placement and bold usage of real sharks was wasted all because little effort was expended establishing the characters.

If the film had fleshed out the characters more efficiently, not necessarily for a longer period of time, but just made us care, then the audience would have been treading water and holding their breath in the cinema along with them. Admittedly this film isn’t anywhere near bad, only dissatisfying when imagining the thrill ride it could have been.

Idea: Spiderman is being seduced by evil and Harry is following his father’s footsteps.

Sadly, this film was a casualty of studio interference. If you ever get a hold of the original script, you will be desperately clutching the pages and asking yourself how we let this happen. Spiderman 3 was set to be the third instalment in the far better Spiderman franchise.

All was lost however when the studio felt that Spiderman needed three villains, bad CGI, horrendous fight banter, and the infamous Peter Parker dance sequences. Sam Raimi did direct this film, however it seemed more like damage control rather than his complete vision. The studio pressure meant that editing the bloated final cut was nightmare.

How to resolve this mess? Don’t rewrite a good script three times. Trust Raimi’s direction given the success he had with Spiderman 1 and 2. Good CGI takes time and detail, Spiderman 3 looks rushed because last-minute characters had to be generated quickly.

They should have paced Harry Osborn’s descent in to his father’s madness and allowed it to be as climactic as viewers had hoped it would be ever since Spiderman 1. This, combined with the temptation of Spiderman’s dark side, would have set up a compelling final act.