What makes a movie funny? Zany acting and characters? Over the top one liners? A ridiculous plot? It’s all of those things and more. However, sometimes these factors pop up in movies that aren’t meant to be funny at all, and make you laugh at it rather than with it. This is the most obvious sign that the movie you are watching is bad if you are laughing at it, despite the film trying to be serious.

While most bad movies are just plain bad and unenjoyable, some of them are sublime because of their perfect imperfections. This list does not include movies that were intentionally over the top and ridiculous, therefore funny, such as Sharknado and Snakes On A Plane. The following movies were meant to be taken seriously. These movies would be worthy of an episode of Mystery Science Theater 3000 if the show was still around.

You simply cannot take these movies seriously, and that is why they are considered bad. However, unlike most creative mediums, movies have the ability to be so bad that they are good. So if you watch the below movies and put yourself in the mindset of them being hilarious because of how crap they are, then you will enjoy them. Just make sure you have the popcorn and snacks ready to enjoy the laughs even more. 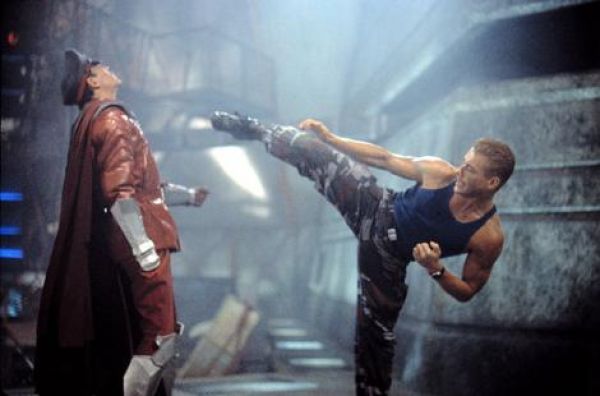 Although the first movie based on a video game was Super Mario Bros., Street Fighter was another early film to foray into video game adaptation territory and is one of the reasons why movies based on video games have a bad reputation. But what a lot of people seem to forget about Street Fighter, as they tend to simply dismiss it as a bad movie, is that it’s very entertaining and funny (although usually for the wrong reasons).

The film tries to incorporate as many of the video game series’ characters as possible, and that is commendable, especially with the inclusion of Blanka, the inexplicably green man-beast into the film as a genetically engineered super soldier. While that would be a treat for any fans of the games, the film is really about the conflict between Colonel Guile (Jean-Claude Van Damme) and the dictator Bison (Raul Julia).

Van Damme’s character is meant to be an all-American G.I., but his Belgian accent is very thick. Otherwise, the acting is just Van Damme being Van Damme. The film tries to emphasise how “American” Guile is, even going as far as having a close up of a tattoo he has of the American flag. There is also a scene just before Guile’s final showdown with Bison where he takes his shirt off to show off his muscles before fighting Bison, for no reason other than Van Damme to show off his body.

The highlight of the movie is definitely Raul Julia, an actor who is always a delight to watch. Julia was actually dying of cancer when he made this film, and he gives his performance as Bison his hammy all. Throughout the film, Bison is just simply evil and relishes in it. He creates his own currency with his face on it, and plans to build a city called Bisonopolis.

After hearing about how he massacred Chun Li’s (Ming Na) family and how that changed her life, he nonchalantly says he does not remember doing that and says, “The day Bison graced your village was the most important day of your life. For me, it was Tuesday.” Bison’s God complex is definitely the highlight of this film that continues to taint films based on video games. 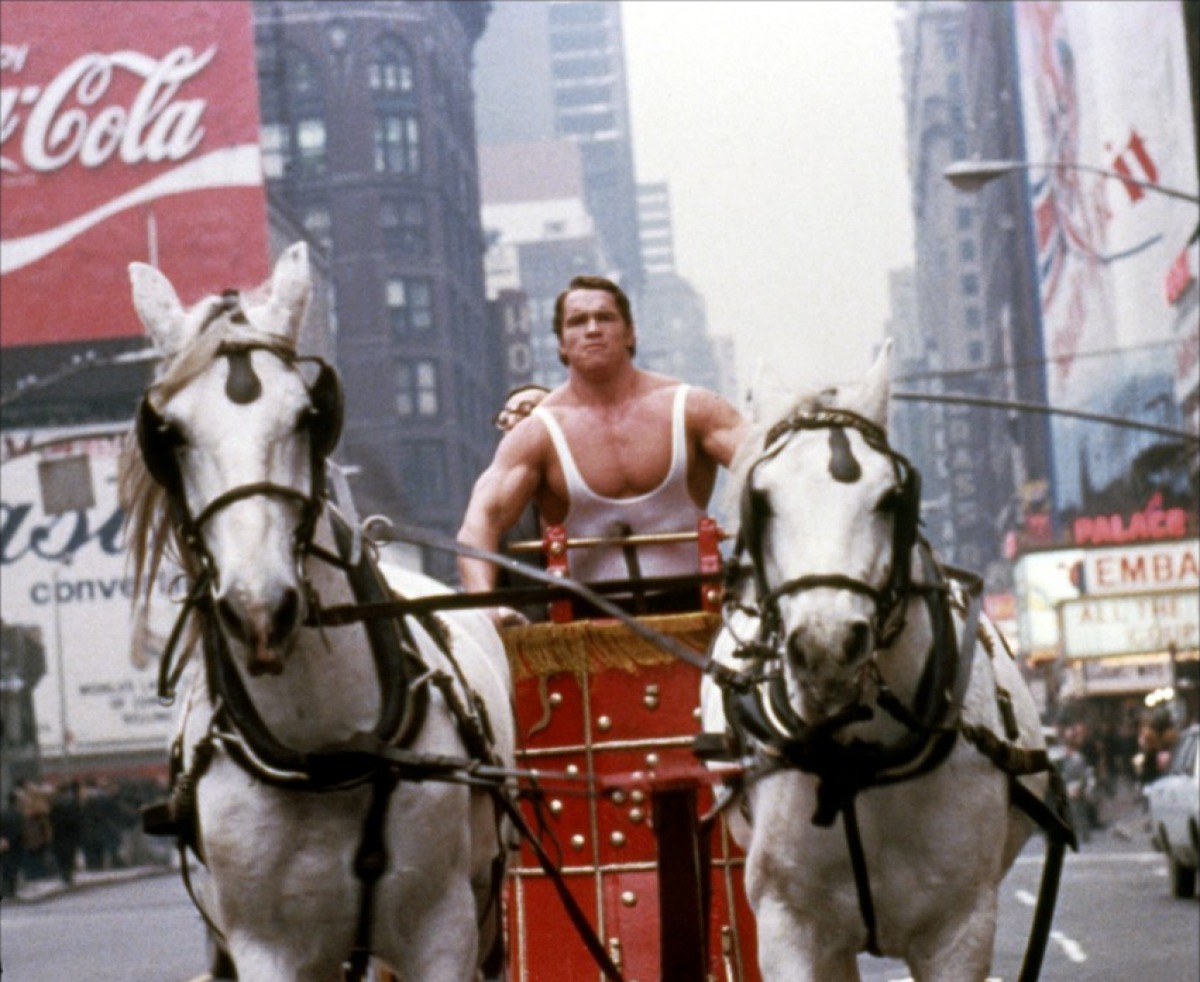 Most actors work on bad, low budget films early in their career, and action superstar Arnold Schwarzenegger is no exception. In fact, his bodybuilder physique limited his choices of parts in movies, so he ended up starring as the all-powerful Greek warrior Hercules in his first leading role. In fact, Schwarzenegger was credited as “Arnold Strong” because of his bodybuilding career. It is a role Schwarzenegger does not look back on fondly, and for good reason.

Although it was meant to be a comedy, it’s funny for the wrong reasons. If you thought Arnie’s acting is bad now, watch his very first performance here, and his current acting range will look Oscar worthy by comparison. His delivery is very lifeless. Some versions of the film have dubbed Arnie with another actor, which is funny because of how iconic Arnie’s voice is. But if you do see the version with Arnie’s actual voice, it is still hilarious for how bland his performance is.

Being that this was made when Schwarzenegger was only known as a bodybuilder, there are many scenes where he is shirtless and shows off his muscles just for the sake of it. The Mount Olympias scenes was clearly filmed in a public park, and in one such scene, you can hear a car horn in the background, shattering what little illusion there was that this was indeed the home of the Greek gods.

Since Woody Allen was popular at the time, it seems like Hercules In New York tried to include a neurotic Allen-esque character with Arnold Stang’s character being Hercules’ bumbling sidekick; it is an odd inclusion into the film. In any case, the film’s poor attempt at humour is all over the place.

Jason X is the tenth instalment of the original Friday The 13th series. The series started with films you could take somewhat seriously, but as it went on, it got sillier and sillier. If you thought the previous nine movies were ridiculous, then prepare to have your mind blown by what’s in store with Jason X.

So what could the tenth film do to stand out from the previous nine movies? Be set in the future and on a spaceship! That is not a joke. The notorious Jason Voorhees was frozen by the U.S. military to prevent him from killing more people. Centuries later, his body is excavated from a now uninhabitable Earth and placed on a spaceship, only to be awoken and start another killing spree.

Being that the film is set in the future, Jason now looks more like a robot than a big man wearing a hockey mask. Despite being set in the future where technology has advanced so much, Jason’s victims are still as stupid as they were in the 20th century, and you will indeed laugh at their bad attempts at survival, over-acting, needless nudity, and their gruesome deaths that are impossible to be scared by and not to laugh at.

These days, Nicolas Cage has become a well-known meme, as well as for his acting. Although Cage is often seen overacting in his films, the 2006 remake of the beloved 1973 horror film The Wicker Man is really Cage really reaches his pinnacle. In fact, a few of Cage’s internet memes were based off scenes in The Wicker Man.

What makes The Wicker Man extra funny is that the film was obviously meant to be scary, but the end result is just plain silly. While the whole film is lame, it would not be entertaining if it were not for its Oscar winning star.

Despite his critics, there is no denying that, whether it is intentional or not, that Nicolas Cage is one of the most entertaining actors to watch. Cage’s constant yelling is great, from when he is questioning the villagers loudly and angrily, to the now iconic scene, which was actually a deleted scene reinstated into the DVD release of the film.

The now famous scene with Cage having bees poured onto his head and yelling, “Not the bees! They’re in my eyes!” is comedy gold; Cage really just naturally has a way of making something so horrible so funny.

Besides all the yelling, there is also the hilarious scene where Cage is wearing a bear suit, runs up a hill and punches a woman in the face. While of course violence against women is normally not funny at all, this scene is just so weird that you cannot help but laugh. The forest scenery and the bear costume give the scene an almost whimsical feel, making this scene like something out of a fairy tale that has gone wrong. 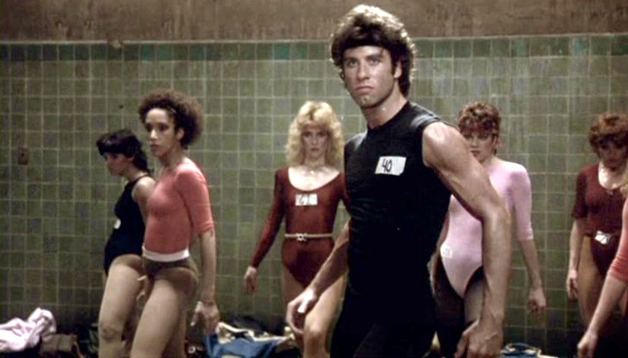 Saturday Night Fever was the ultimate movie about disco and was a big hit upon its release, and made its lead actor John Travolta a movie star and an Oscar nominee. Naturally, Hollywood wanted to continue its success with the film’s story of Travolta’s working class dancer Tony Manero.

Six years after the first film’s release, its sequel Staying Alive, named after the hit Bee Gees song on the best-selling soundtrack, was released. It was directed by action movie star Sylvester Stallone, who tried to make the story of Tony Manero from Saturday Night Fever into a dance version of his massive hit Rocky.

Although Stallone’s upbeat underdog story worked for Rocky and its sequels, it did not work in Staying Alive. While the original film was a dark and gritty view of New York youth and the disco scene of the late 1970s, Staying Alive is full of 1980s cheese and extravagant dance numbers on Broadway.

Staying Alive is the very definition of campy. The film’s “plot” consists of Manero trying to further his dancing career and a love triangle with two female dancers, one of whom is the film’s antagonist.

The Broadway show Tony is performing in is called Satan’s Alley, where the dancers are dressed as demons dancing to cheesy ‘80s synth music (composed by Sly’s brother Frank Stallone). The rebellious solo dance Manero does towards the end of the film is simply campy gold. Staying Alive basically has everything that could be wrong with a movie made in the 1980s.

There’s very little sign of the ‘70s disco music that made the first movie such a big hit. It’s almost as if the movie is trying to get away from the disco scene as, like the film’s protagonist, it feels it has moved onto bigger things by heading to Broadway.

Stallone himself said years later in an interview that he was the last person who should have been making a movie about dancing. While Staying Alive is an insult to Saturday Night Fever, at least you will get a few chuckles out of how silly it is.