The reference point for the slasher movie always seems to rest with Alfred Hitchcock’s classic Psycho. Made in 1960 on a shoe string budget and influenced by his own television show, Alfred Hitchcock Presents, the movie was a massive box office success and reinvented the horror genre overnight.

However Psycho is not an out and out slasher movie per se, and the reference and inspiration always boils down to one scene- the shower one.

But images of what would go on to become the slasher movie have been haunting us ever since 1912 when Maurice Tourneur father of Jacques Tourneur made The Lunatics, the release of the movie based on the old Grand Guignol horror theaters in Paris, France caused a public outcry.

Indeed there were many slasher traits in movies such as The Bat (1926), (which actually involved a killer wearing a mask), Thirteen Women (1932) set in a sorority, The Scarlett Claw (1944), And Then There Were None (1945) and a year before Psycho was released we got Cover Up Girl. The British movie Peeping Tom came out two months prior to Psycho’s premiere.

Of course it wasn’t until the 1960s and the likes of Mario Bava, William Castle and Hershell Gordon Lewis where serial killers usually in black gloves started to make waves on the big screen. In Italy these movies were called Giallo’s and swung themselves between the thriller and horror genre respectively.

History repeated itself somewhat with John Carpenter’s sleeper hit Halloween (1978) being regarded as the beginning of the golden age of slasher movies. However the 1970s had already had its fair share of the sub genre, from Bob Clark’s Black Christmas (1974) to the many works of the then up and coming Dario Argento.

Below is a list of the 25 greatest slasher movies of all time. This list is greatly inspired by the slashers of the 70s and what followed in the early to mid 1980s. Because even though we had an influx of slashers, some good, some bad and some terrible, between the years especially 1978-1984 this was indeed the golden years of the slasher movie, a movement that may never be repeated. 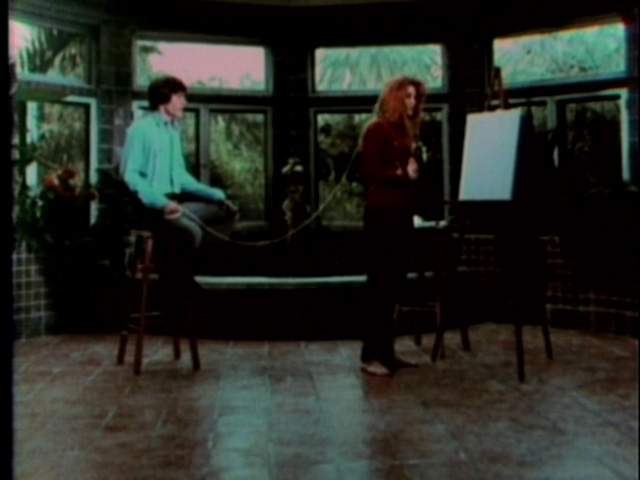 This is the slasher film where our killer has a hook for a hand after a childhood accident. Once all grown up Matthew the butcher goes on a killing spree after having serious issues with the opposite sex.

After going from town to town he settles down with a woman called Vera, the only problem is Vera is a prostitute. During the film Matthew becomes more unstable and obsessed by her and you can guess the rest.

Scream Bloody Murder which was actually made in 1971 but not released until two years later may not have the best acting you could ever wish to see, but it is a highly watchable slasher. It’s the movie you claim to have found as a gem in a shed load of bad ones.

Directed, produced and written by Marc B. Ray, the movie flows well despite its obvious lack of budget and Ray directs with authority, check out the very final scene. There are some good death scenes in this for gorehounds. This would be Ray’s second directorial debut and his last. He swifty moved onto the writing side of things and four years after this release switched allegiances dramatically by writing episodes for The New Mickey Mouse Club! 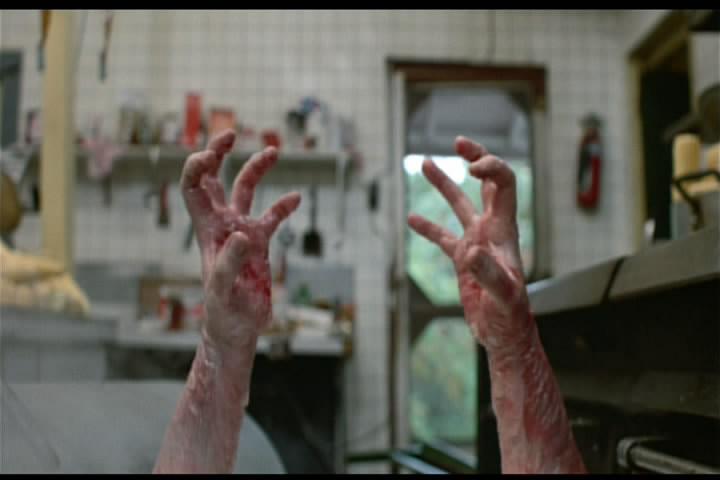 By 1983 the horror camp movie mostly inspired by the huge success of Friday the 13th had been done (pardon the pun) to death. But that still allowed for this slasher movie to squeeze on through.

The plot revolves around teenage Angela who with her cousin is sent to Camp Arawak, she is bullied and coincidentally the murders start up. Director Robert Hiltzik actually had no idea that the movie garnered such a cult following for almost 20 years after its release.

Most kills are off screen, but the movie has some likable characters and is one of the more remembered slashers of its day. Though that is almost entirely because of its twist ending. Indeed horror fans still say it is one of the most shocking endings in slasher movie history. And yes this article will keep that ending a surprise for all you people out there that still haven’t seen this movie.

Sleepaway Camp was followed by three sequels, though the fourth movie has largely been denounced by long standing fans. Going back to director Hiltzik, once he knew of the following he made his own version of his sequel called Return to Sleepaway Camp.

An aptly named title as legend Madman Marz stalks the woods ready to kill anyone who trespasses and has the nerve to call his name. Once his name is called out, you’re dead meat.

The movie opens in classic horror style around a camp fire where the legend of Marz’s story is told, only it isn’t quite a legend as the cocky teenagers will soon find out. Horror fans will certainly recognize one of the campers as Gaylen Ross who starred in George A. Romero’s Dawn of the Dead.

Madman has the gore fans want and expect and keeps you guessing as to who will survive and who will not. In recognition of the movie’s 30th anniversary, Quentin Tarantino had the movie play at his cinema. 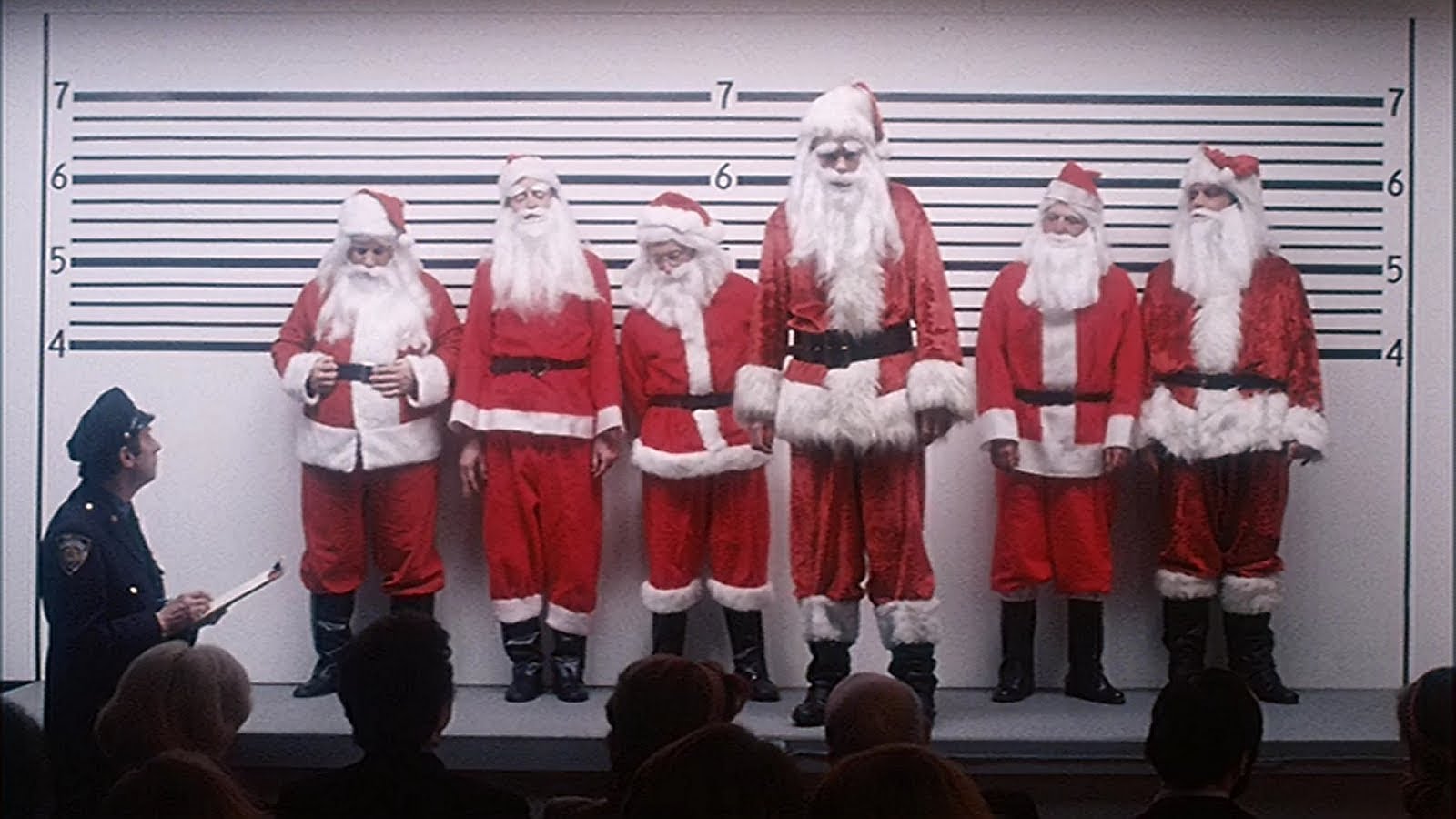 This movie also known as You Better Watch Out is a real curiosity. It certainly is a horror/slasher movie but also has elements of fantasy especially towards the end of the movie.

Brandon Maggart plays a loner who works as a dead end factory worker for a toy company. Once home we see that he is obsessed by the Christmas holidays so much so that he actually dresses as Santa Claus.

As the movie goes on we slowly find that his character Harry is losing the plot and eventually becomes (in his mind) the real Santa. But this Santa doesn’t come bearing gifts and takes revenge in murderous style over his co workers who thought he was weird.

What makes Christmas Evil such a success is that it slow builds its characters and story arc so well that it is impossible not be gripped by the movie, and in truth not a lot happens.

The finale of a torch wielding horde of townsfolk chasing down Harry is a homage to the Universal Frankenstein films and Christmas Evil was also a precursor for Silent Night, Deadly Night. 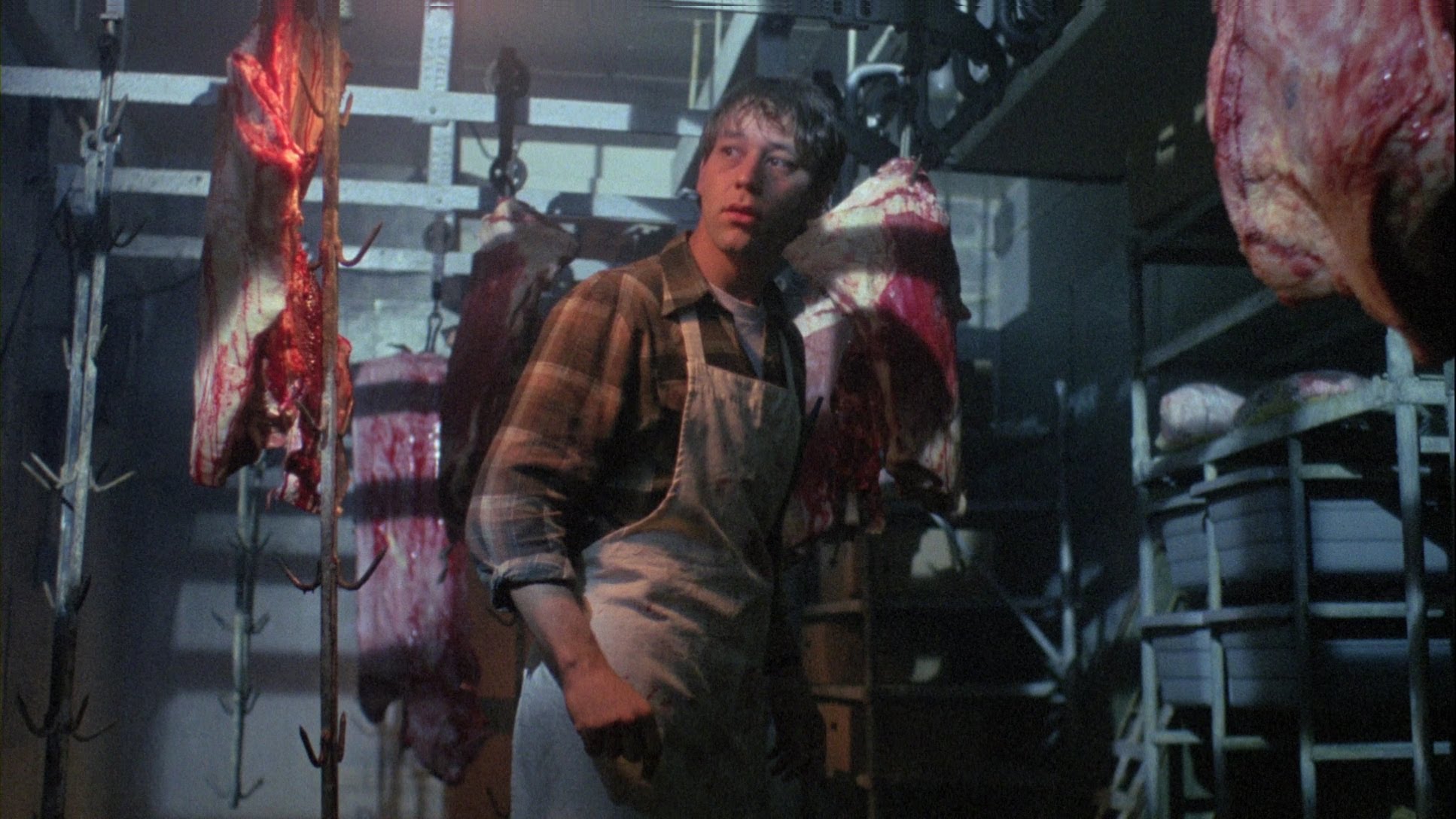 In 1989, A Nightmare on Elm Street 5: The Dream Child and Friday the 13th Part 8: Jason Goes to Manhattan failed miserably at the box office and even though both films still made a profit their respective studios wised up and halted another summer of Freddy and Jason movies. If these guys could fail then so could anyone.

However Intruder was a rule to the exception and was possibly the last great slasher movie of the 1980s. We follow a night shift team working in the local supermarket that hate their jobs but just slog on regardless. But there is a problem; a killer is on the loose dispatching victims in the office, stock room and aisles.

Intruder is best remembered for two things: The over the top gore which will have genre fans frothing at the mouth in glee (that’s for all the times you’re not looking away in disgust) and director of Intruder Scott Spiegel.

Spiegel directs one suspects as an homage to Alfred Hitchcock and uses some of the wildest camera angles you’re ever likely to see on film.

Intruder actually has a real Evil Dead feel. Spiegel had been a fake shemp in both The Evil Dead and Evil Dead II. Sam Raimi director of the Evil Dead movies plays a store worker, Raimi’s brother Ted also stars and Bruce Campbell who of course played Ash in the movies makes the briefest of cameos at the films climax.

Intruder embodies what 80s horror movies were about, slightly tongue in cheek with likeable characters and plenty of gore. The movie feels as if this was the long goodbye to 80s horror movies.

Oddly when Silent Night, Deadly Night was released it was met by a wall of controversy because the movie was using the ‘Santa is a serial killer theme’. However four years prior, Christmas Evil went hardly unnoticed.

This mid 80s horror which was released towards the end of the golden age of slashers concerns a kid who was made an orphan after the brutal deaths of his parents.

Together with sexual repression he grows up in a nun run highly religious orphanage and even though he shows signs of being the normal kid, he clearly isn’t.

Life is good to our killer as he is given a job in a toy store but by the end of the night some of his co workers will be picking up their pink slips permanently.

There are some unsettling scenes in the movie. The beginning when the parents are killed and the boy’s grandfather almost hints at pure horror. Alas Silent Night, Deadly Night is really just another entertaining slasher movie from the 1980s. A quick eye will spot scream queen Linnea Quigley who has an infamous death by way of impaling.

New Year’s Evil took advantage of looking around and basing its idea on a holiday or significant day on the calendar. Friday the 13th had been used as had Halloween and the Christmas season too. This seemed to fit perfectly.

So it’s New Year’s Eve in Los Angeles and a live punk rock show is taking place in the heart of the city. The show is hosted by a diva played by Roz Kelly, who encourages people to call in for requests and a talk. But one caller played by Kip Niven warns her that on the stroke of midnight in the three different time zones in America one person will die.

Taken as a prank call at first, she learns later that the killer means business and he is going to make her the final girl.

New Year’s Evil is certainly a refreshing slasher- our killer is known to us from the beginning and he gets himself in serious trouble trying to stalk his next victims. The drive in scene is a major stand out with the movie in the back playing to what is happening on screen. The many disguises of the killer are interesting too.

New Year’s Evil in all probability is seen as a goofy slasher but there is much to be enjoyed here beneath the surface. 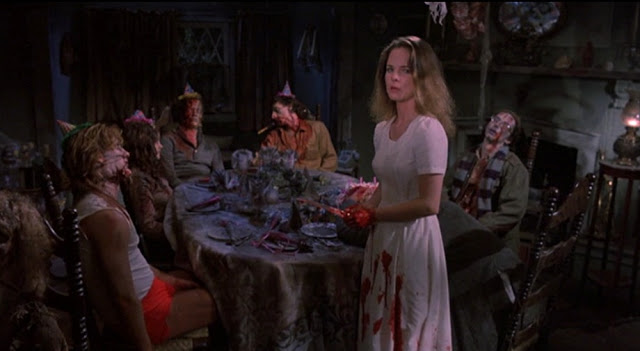 Made at the height of the slasher movie craze, Happy Birthday to Me is clearly one of the better movies to come out of the genre. So called easy targets think for themselves and the film is strong on dialogue, discounting for the most part kill after kill. Happy Birthday to Me also has a plot.

The killer here may or may not be a female, but he/she certainly has a troubled past even though he/she appears to be kind, sweet and popular.

The movie follows the killer and their friends as one by one someone is going around killing them.

Happy Birthday to Me has one of the great twist endings in slasher history and has, even after 30 years gone on to be fondly remembered, a cult classic.