Unfortunately, pollution, global warming, deforestation, the melting of the ice caps and other environmental topics are part of our day to day discussions and things just seem to be getting worse. Every day we hear, see or read something to indicate that the environment has suffered another defeat.

Fortunately, there are people out there trying to make a difference; environment organizations get more and more involved and even the common man tries to do his part in reducing his/hers carbon footprint. The artistic world has not remained oblivious to this problem and has gotten involved the best it could.

“Soylent Green” was one of the first films to treat the environmental issue in an alarming matter. It really captured the people’s attention and imagination with its dystopian imagery of overpopulation and pollution, because of the heavy industrialization of the 20th century. The movie takes place in 2022 where natural fruits, vegetables and meats are extinct.

The Earth is overpopulated and New York City has 40 million starving, poverty stricken people. The only way they survive is with water rations and eating a mysterious food called Soylent. Police detective Thorn (Charlton Heston) investigates the murder of the president of the Soylent Company.

In his investigation, he stumbles upon the world’s biggest conspiracy involving the mysterious food that people take for granted as being the only key to survival. Don’t let the dystopian mask of the film fool you; underneath the detective story, “Soylent Green” is a very strong film in terms of environmental awarness.

“Chinatown” is a neo-noir masterpiece and it is considered by some to be Polanski’s magnum opus. The story involves sleazy private investigator J.J. “Jake” Gittes (Jack Nicholson) who is hired by a beautiful woman named Evelyn Mulwray to carry out surveillance on her husband, engineer Hollis Mulwray. Gittes follows Mulwray around and takes photographs of him and his mistress, then sells them to the press.

Things get very complicated when the real Evelyn Mulwray shows up at Gittes’s office threatening him with a lawsuit. Soon after Hollis Mulwray is found dead Gittes realizes that this case is above him and that he is way over his head in a bigger conspiracy but decides to investigate the case anyway.

And so Jake is plunged into a complex web of deceit involving murder, incest and municipal corruption – all of them related to the city’s water supply. After a series of plot twists Gittes’s sources lead him to Mulwray’s business associate and father-in-law Noah Cross; an unscrupulous, calculated old man. John Huston plays Noah Cross with a villainous refinement. The film is primarily a neo-noir detective story but its environmental issues are not to be missed.

In 1971, Akira Kurosawa was going through some bad times in his career, as no Japanese studio wanted to touch his projects after the commercial failure of his recent film. He wanted to adapt the story of real-life trapper Dersu Uzala as far back as the early 50’s but wasn’t quite sure how to adapt it to Japanese settings. After multiple refusals from the Japanese studios, he took his project to Russia and made the film with the famous Soviet Studios of “Mosfilm”.

With “Mosfilm” behind his film, he did not have to adapt the story in Japanese and shot it in its original Russian language. This marked Kurosawa’s first non-Japanese language film. The film opens to a forest that is being cleared for development and Russian explorer Vladimir Arsenyev searching for an unmarked grave of a friend he says he buried 3 years ago.

The film then flashes back to Arsenyev’s surveying expedition to the area of Shkotovo in Ussuri region in 1902. It is in 1902) that the audience is introduced to Dersu Uzala, an aboriginal trapper and hunter who agrees to guide them through the harsh frontier. Initially viewed as an uneducated, eccentric old man, Dersu earns the respect of the soldiers through his great intelligence, accurate instincts, keen powers of observation, and deep compassion.

He repairs an abandoned hut and leaves provisions in a birch container so that a future traveler would survive in the wilderness. He deduces the identities and situations of people by analyzing tracks and articles left behind. In 1907, Captain Arsenyev is assigned to another expedition at the Ussuri River and he again meets Dersu Uzala in the forest.

The lonely hunter joins his team and guides the group. However, he is older and has problems with his vision, so Captain Arsenyev invites Dersu Uzala to live with his family in Khabarovsk City. But the old man does not adapt to the urban lifestyle and decides to return to the forest.

The film talks about the deep connection between man and wilderness…a bond that is sometimes stronger than the bond between two human beings. Kurosawa also tries to demonstrate the might of nature as an unforgiving force, strong enough to humble even the most savage of the creatures. “Dersu Uzala” can also be termed as an allegorical account of the environmental imbalance that unrestrained human intervention is causing. 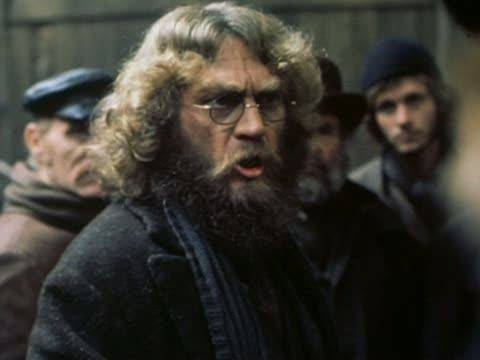 Given the big names involved in the production, this film was supposed to be a masterpiece…but it wasn’t. The film has now gained a cult status and is reviewed in better terms but back in the day it wasn’t well received at all. The film is loosely based on a play by famous Norwegian playwright Henrik Ibsen.

The stage play was turned into a screenplay by famous American playwright Arthur Miller. The lead part was played by legendary Hollywood actor Steve McQueen, who was also heavily involved in the production of the film. This was supposed to be a vehicle film for him, in which he would show the world that he could act.

However, Warner Brothers could not figure out how to distribute the film – Steve McQueen was widely known as an action star – and so the picture had a brief theater release. Steve McQueen stars as Thomas Stockmann, a doctor and an amateur scientist in a small unnamed Norwegian town. The town is trying to promote itself as a place for tourists to come enjoy the therapeutic hot springs and the unspoiled nature.

Dr. Stockmann, however, makes the inconvenient discovery. He finds out that the runoff from the local tanning mill has contaminated the water to a dangerous degree. The town’s leaders argue that cleaning up the mess would be far too expensive and the publicity would destroy the town’s reputation, so therefore news of the pollution should be suppressed. Dr. Stockmann decides to fight to get the word out to the people.

The people, however, seem to be more interested in the tourist plan than the environment plan and so only few citizens support Stockmann’s cause. “An Enemy of the People” is a very well-acted film whose issues are not at all dated in today’s world.

While doing a series of reports on alternative energy sources, an opportunistic reporter named Kimberly Wells (Jane Fonda) witnesses an accident at a nuclear power plant. Along with her cameraman (Michael Douglas) and the plant’s supervisor (Jack Lemmon), Wells is determined to publicize the incident but soon finds herself entangled in a sinister conspiracy to keep the full impact of the incident a secret.

The film mixes a number of popular film genres such as suspense, thriller and disaster movies, but never strays too far from its core environmental theme. On her way to the truth, Kimberly is faced with a lot of obstacles that will ultimately shape her professionally and personally. The film was released in 1979, in troubled times for the United States. A real incident at a nuclear power plant took place just 12 days after the release of the film, galvanizing the anti-nuclear movement in the country. 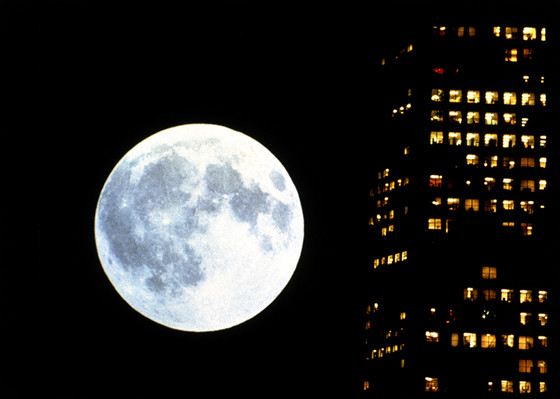 “Koyaanisqatsi” is not as much a documentary as it is an . The title of the film means “life out of balance”, in a Native American dialect from Arizona. The film consists primarily of slow motion and time-lapse footage of cities and many natural landscapes across the United States. This visual poem contains neither dialogue nor a vocalized narration: its tone is set by the juxtaposition of images and music.

The film is trying to dress the environmental issue by imposing, on the viewer, spectacular imagery of nature with the frenetic comings and goings of a modern-day megalopolis. The film is an almost meditation on our environment, both found and constructed. Tedious at first, but once you get into the zone the film will reveal itself as amazing.