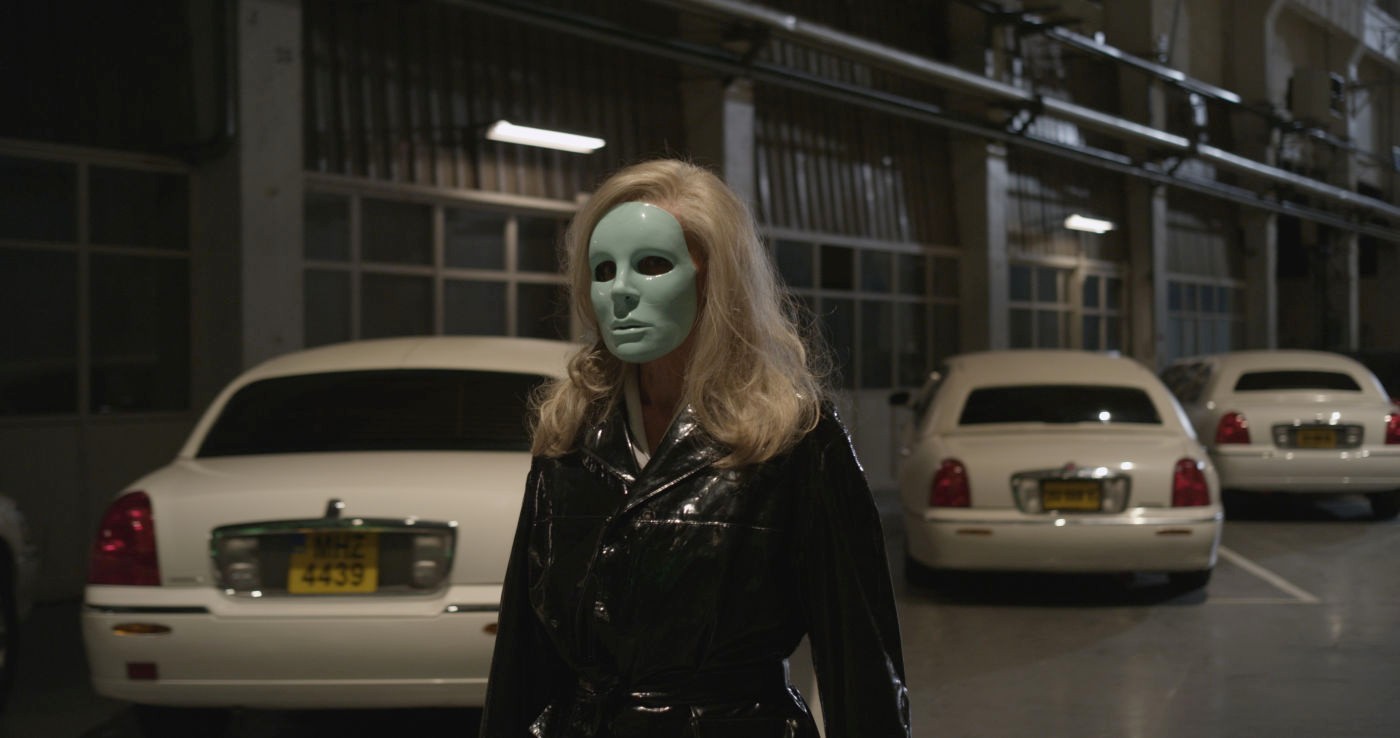 If you consider “Absurd” to be whatever is without any meaning, or not connected to any meaning, you’re probably in the wrong list, but if you consider “Absurd” to be a lack of sense, logic and rational thought, you’re in the right place. Cinema is completely full of examples of absurdity, with a lack of meaning and sense, and this list could be infinite.

In 1942, Albert Camus, the 1957 Nobel Prize winner for literature, wrote an absolute masterpiece on the theme of Absurd: Le mythe de Sysiphe. Who is Sisyphus? There are various versions of this myth, but at the end there’s a man, condemned by the gods for hubris to push up a big rock until the top of a hill, and once he reaches the top the rock will roll down and then restart, for eternity. Camus starts his book asking to the reader “There’s only one truly important philosophical problem: a suicidal one.” Is there a reason that will stop us to commit suicide? Camus’ answer is: yes, by understanding Sisyphus’ legend.

Following these criteria, it’s impossible to establish what is the best one; this is only a list, considering what is the most relevant. Also, the follows a precise concept that starts from suicide and passes through absurd walls, absurd freedom, comedy, conquest, philosophical suicide and literature.

The only way to clear up the meaning of this list is to directly quote Camus about what is absurd: “On the depth of every beauty there’s something inhuman, and here is the hills, the mellowness of the sky, the outline of the trees loses, at the same time, the illusory sense with which we’ve clothed, already further than a paradise lost. Primitive hostility of the world ascends to us, through millenniums. For a second, we cannot understand it anymore, because for centuries we didn’t understand in it the figures and the drawings that we have previously attributed, and because by now we miss the forces to use this artifice. The world is evading, because it returns to itself. The scenes, misstated for habitude, become what they are and they’re pulling away from us. Like it happens some days, when, under a woman’s familiar face, we find out almost a stranger who for months or years ago we loved, probably we end to desire also what suddenly make us so lonely. But time is not over yet. There’s only one thing to notice: this density and this oddness of the world constitute the absurd.”

If we refuse any truth, we’re going to face off the Sisyphus work. Here is the link between the everyday man and the hero. Many films show us this endless work and some topics are surely nearer to this quest. For example, the actor, the poet, the genius, lovers, drug addicts, are kind of people that demonstrate this condition. Camus has said to us that Sisyphus is the absurd hero for excellence; he refuses his own gods for his sake; he’s a rebel.

At the end, from his absurd eternal work arises his spiritual rebellion saying: “Happiness and absurd are child of the same earth and they’re inseparable. The error will be on saying that happiness arises from absurd discovery by force. Could also happen that the feeling of absurd arises from happiness”.

We’ve tried to connect this philosophical masterpiece to some great films only to show, in a glimpse, what is the absurdity of life and what could be the possible reactions, the possible Sisyphus’s quest. Obviously, Camus’ quotes are attainable many of these films because they consider universal thoughts, but it’s difficult to not see on this list the link between them. Absurdity deserves a trial with a vision.

Bernardo Bertolucci decided in 1990, as the jury’s president, to give the Palme d’Or to this film at the Cannes Film Festival. Without any doubt, this film shows what absurdity is in its most iconic imagery. In this particular case, the absurdity is shown through the mere lack of sense. Every passage between violence and calm, from fast to slow tones, there’s no real explanation.

This film is only a pure stream of ideas directly flowing from David Lynch’s brain. Camus has stated that the most absurd fact is the pure creation; art in its purest form is something emerging out of nothing. The creator “has to give to void its own colors” and this happens only because the entire world is absurd, and David Lynch is a master to show this.

This film is a deep reflection on the theme of blindness. Derek Jarman became blind after complications with AIDS, and this experience contributed to Blue. Apart from the fact that there are no images, nothing moves, the screen is consistently blue and there’s only dialogue for short times.

Is it the spectator facing nothingness? No, they are facing the absurdity of senses, and the experience of not seeing is proof. This film is a huge effort that repeats the Sisyphus myth; it tries to jump over the entire idea of cinema, and the effort faces the human body more than one would expect.

We need something to see, and in this situation we see a beautiful story, a diary of sorts. If one only uses their imagination, we can see something through this blue screen. Jarman demonstrated something absurd that we have in our mind; or even better, in our concept of vision.

This film is probably the one, in the list, that perfectly respects the classical definition of “absurd”. From start to finish, the spectator will always notice an incredible lack of sense in this film, a sort of stupidity that permeates every single scene. It has talking unicorns, crazy old ladies and other surreal things, creating a “magical” atmosphere that will confuse the spectator.

It seems Louis Malle created a sort of “Alice in Wonderland” in a psychoanalytical version (with a socio-political twist). Dreams and illusions are part of our brain and Black Moon shows that craziness lies in our mind much deeper than we may expect. Humans may never find a way to pass over the secret mechanisms of their own psyche, a Sisyphus work.

Why a man should imitate every other person he’s met in his life? Has a sort of mimesis conquered his mind? Imitation is a natural way of acting, and Woody Allen pushes it to the limit of absurdity. Zelig is a 20’s documentary-like film about the life of man, Leonard Zelig; he’s able to literally become someone else. Passing through to Nazi Germany, the protagonist shows his astonishing ability to hide himself, to literally disappear into society.

At the end, this ironic film about a psychosomatic delirium shows conformism at the maximum level. It’s like an actor’s syndrome where every character plays his role and dies each time his role has finished. This film perfectly shows Camus’ means in a part called “The Comedy”, where the actor “is the playact at absolute mode, empathizing much more with lives that are not his own. At the end of the effort, his vocation becomes clearer: practicing with courage to be none or to be many.” 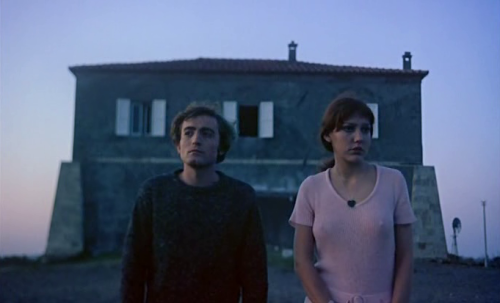 Ferreri is a director who is often involved in many crazy films, and in this one, he created a post-apocalyptic world where strange diseases slaughter the population. The story revolves around a couple and their strange life in a big country house, and the central theme is the reproduction of life and the question “Should humans reproduce themselves?”

At the end, this expands upon the core question that lies in Camus’ book, “Why shouldn’t we commit suicide?” This film could be read within this thought: “Absurd cannot exist outside human spirit. Then absurd ends, like everything, with death. And it is at the light of this elementary standard that I judge that the notion of absurd is essential and it can figure out like the first of my truths.” Marco Ferreri’s nihilist perspective denies every happy end.

The first movie by David Lynch is both obscure and gloomy, and at the same time absurd. Every single minute of dark atmosphere inhaled during this film is a step into delirium. It’s known that Lynch loves to leave his movies to free interpretation, and in this case we can find several possibilities. Attaining to absurd, this film revolves around a psychological inner dark world (with a possible connection to abortion), which recalls the connection between inner and outer self.

The spectator could rethink the film after this statement: “The sense of absurd, at the turn of any way, could face off a whatsoever man. As he is, in his desolating nudity, in his light without irradiance, is intangible. But this same difficulty deserves reflection. Probably it is true that a man will always be unknown and that in him there is always something irreducible, that eludes us.”

Jodorowsky is probably the best filmmaker to call back for absurd movies; Holy Mountain and Santa Sangre could be examples. But the Chilean director hides a particular logic behind these movies; an entire world of signs and a philosophy of the occult that only careful people will notice. In El Topo, there is a secret message, but any respect to Jodorowsky’s other films is less clear.

There is a clear reference to the Old and New Testaments, and the spectator could watch this movie following Plato’s cave interpretation. The result is an absurd imagery, which is very difficult to understand. “Whatever will be the word game and the acrobatic of logic, comprehend is, first of all, unify. The deep desire of the spirit, also in its most developed processes, relinks to the unconscious feeling of man in front of its own universe: it is exigency of familiarity, greed of clarity. Comprehend the world, signifies to render that one to human, to impress its own seal.” The Occult is a form of magic to comprehend our absurd world and certainly Jodorowsky believes in that form of control.